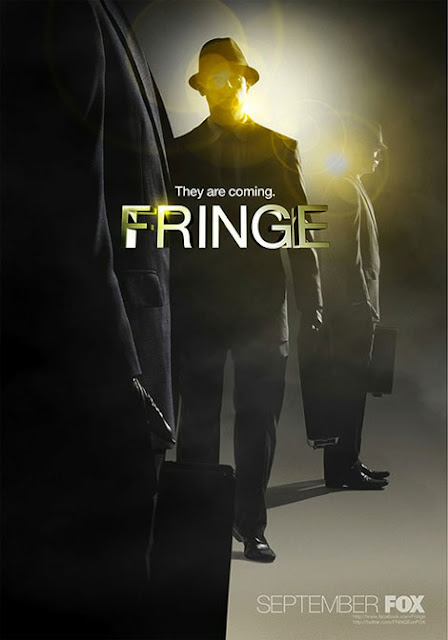 Our good friends at Fringe have recently released a poster to kick off their San Diego Comic Con Panel and usher in season 5.  Continuing the theme that started in the episode "Letters Of Transit" the Observers are front and center and the ominous warning "They are coming"  stands prominently in front of them.

As always are Observer friends (and I guess we'll have to use the word, "friends" loosely now) are dressed impeccably in their grey flannel suits, fedoras with briefcase in hand.  There isn't too much different to the way they look.  The center Observer's fedora may be a bit snug and the omnipresent yellow orbs of light fill out the top of the poster.  I always thought those orbs presaged the arrival of the Observers.  Or at least were the embodiment of the "Calendar Crew" before they materialized from one point in time to the next.  Kind of like a Tinkerbell effect.

The only thing that I could pick out that was different is that they are all wearing gloves.

That seems to be a new look for them.  I'm not sure if this means anything and it could be just a way to add to their sartorial splendor.  I decided to look back at some screen caps from "Letters of Transit to see if any of them wore gloves and it doesn't seem to be the case.  See the pictures below. 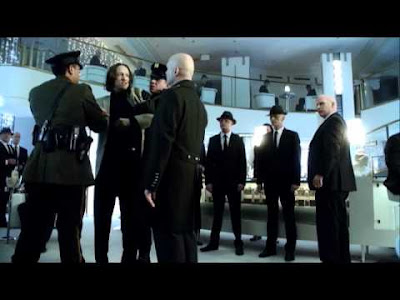 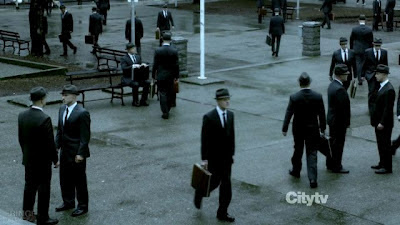 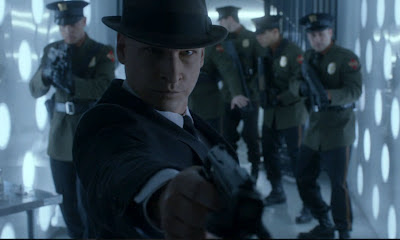 What's odd is both Walter and Nina sharp from the same episode are wearing gloves.  It stands to reason they're wearing gloves because it's a bit chilly outside.  See the screen caps below. 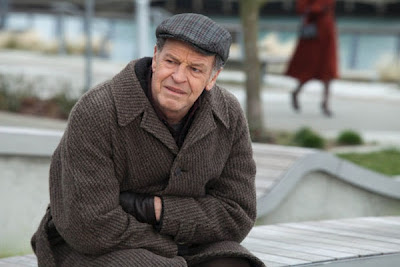 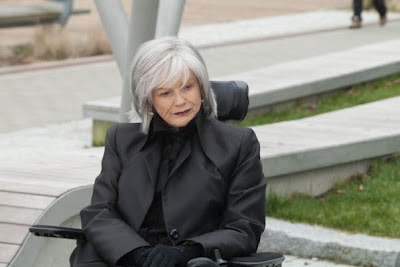 Much ado about nothing?

Well, probably, but I love the minutiae that envelops Fringe.  Sometimes there is a rabbit trail to follow and sometimes there's not.  Perhaps our newly gloved Observers have a disdain for our present day and refuse to dirty themselves with our world.  Well, at least until it's their world.

Then the gloves are off.