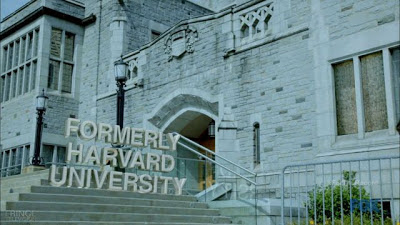 Even though the theme of "The Recordist" was nearly identical as the week previously there was still some nuggets we could mine if we dig deep enough.  Let's start with the sense of humor exhibited by the Fringe writing team. 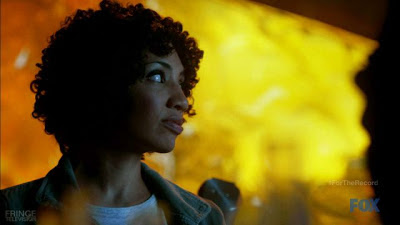 We've seen a lot of subterranean scenes this short season haven't we?  Do you suppose its analogous to the fact that they are operating as the "underground" or Resistance?

O2 levels are low because the Observers prefer it that way.  The last time we saw a universe that had problems with O2 levels was the damaged Red universe.  A connection?

Edwin tell the Fringe team that the Libraries we're all burned to the ground.  They use Libraries in the future?  What happened to the internet?  I'm kidding.  Isn't it odd that a race such as the Observers that watched every single historical era would now choose to erase it all?  Is there a clue in the past to defeating them?

Edwin tells the team they were refugees from the cities.  A lot of the cities were laid waste yet the countryside remains virtually unscathed.  More O2 in the country versus the cities?  Bad for the Observers? Cities are densely populated centers so, duh, it figures they would hit them.  William Bell went after Westfield as an experiment. A clue there? 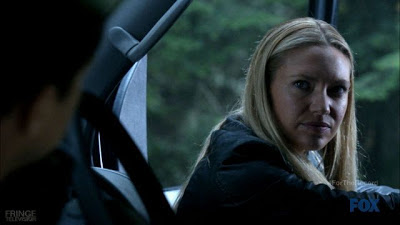 So the Ice Queen melts?  Olivia spills to Peter she is not as strong as he, or we, thought she was.  Now that's a reversal.  Peter was the one that stayed focused while Olivia lost herself in the mission so she wouldn't have to face the hard truth.  Remember Walter accused Peter of abandoning them when that was hardly the truth.  Plus, aside to Walter, you wanted to stay behind to get high this time around.  Focus Walter!

Good for Olivia for opening up.   She's regaining trust in Peter and confiding in him.  The "Shippers" should be happy.  I've always worried about Olivia's repression.  She buries a lot of emotion and when you do that it resurfaces at the worst times.  She admits to being conflicted with her self.  That's good Olivia let it out.  Hugs! (I wish.)  BTW, that's an awesome jacket Olivia, can I get one for my wife? 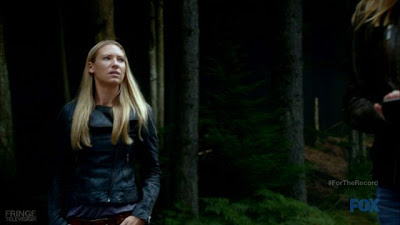 Even though this episode was remarkably similar to last week's "In Absentia" we did get a heartfelt and succinct definition of what is to be a coward from Edwin Massey. 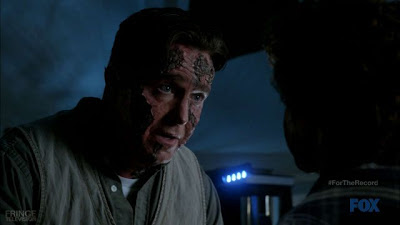 A coward is, "If you know what needs to be done and you don't do it."  That scene with Edwin's son River was pretty powerful. It's hard to say goodbye so sometimes you just don't do it.  At least not in so many words.  Massey knew what he had to do so he explained to his son the historical significance of action.  Instead of recording history this time he became part of it.  Now his son is the Recordist. 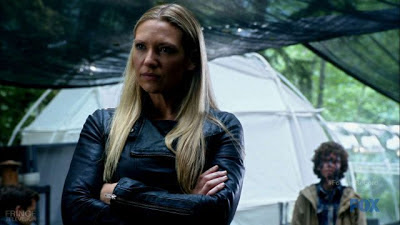 The return of the geodesic dome!  See that, the Fringe writers really are reading this blog.  Last week I got my Trojan Horse and this week some Dome love.  I still need my Green universe though!  C'mon Fringe writing staff, don't let me down.