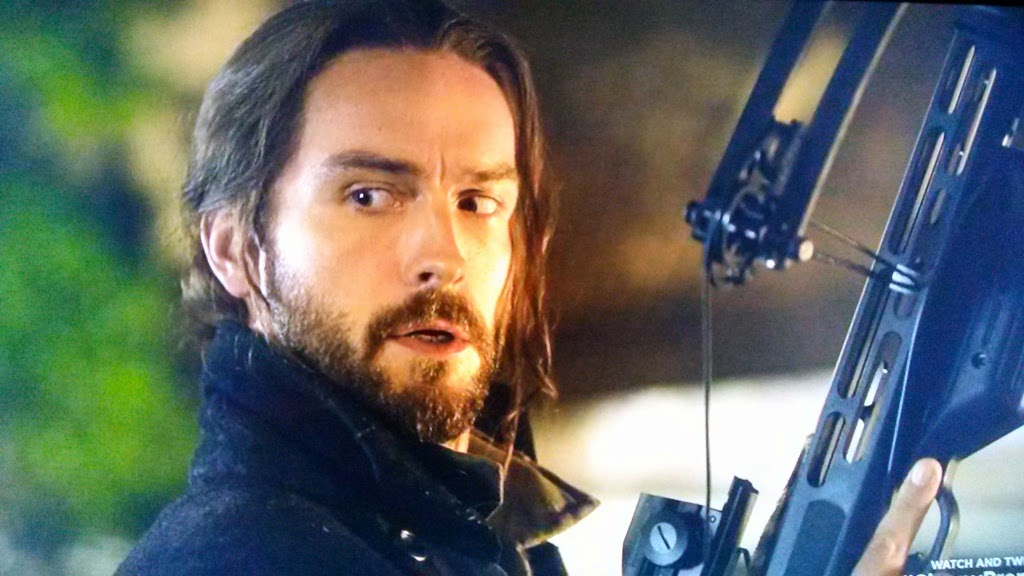 Are you ready for war?

It seems Sleepy Hollow is.   How many times did we hear our principle characters say something to the effect like, "This is war! or "We must be ready for war!"  Several times I would wager.

Are we the viewers ready for war?

If so, then be prepared for a new look Sleepy Hollow.  Like any war there will be a cost.  What cost am I referring to?  How about the "Fish out of water" Ichabod Crane?  Last season nearly half of each episode was devoted to how lost in time Crane was.  I fear no time for that now.  Certainly we'll see snippets of it here and there like him not knowing how to slip a truck into reverse or how to handle a birthday party.  But a season where Ichabod acclimates himself to a new century will be a thing of the past.

What about matters of trust?  Surely this was a dominant theme last year.  Especially the nascent trust that was growing between Crane and Abbie.  It was nearly a central theme.  You could toss in the trust issues between Jenny and Abbie not to mention whether to trust Captain Irving or not.  Trusts were broken also. Significantly the one between Crane and his son Henry.   Gone with the wind.

You can argue that we've moved on and it is time to progress.  I for one will miss the mystery and fun behind those conceits. 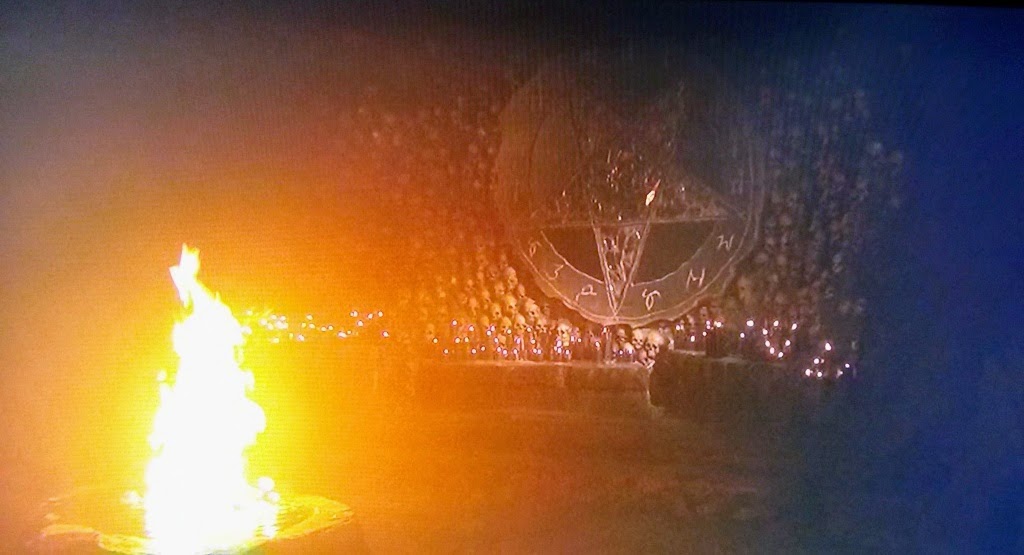 Here's something that hasn't changed, Sleepy Hollow's use of the looking glass.  I love the metaphorical use of the mirror or a simple reflective pane of glass.  Sleepy Hollow uses it to great effect.  It's practically one of the main characters!

What fun it was to see Moloch's device to look into the Earthly plane was really a mirror.  Of course it was!  I'm still a little confused as to the rules it plays by.  Ichabod and Abbie can join each other in Moloch's lair but Moloch couldn't join Henry in his armory.  Does it have to do with the rules of Purgatory?

No matter, here are some great mirror shots from this past episode. 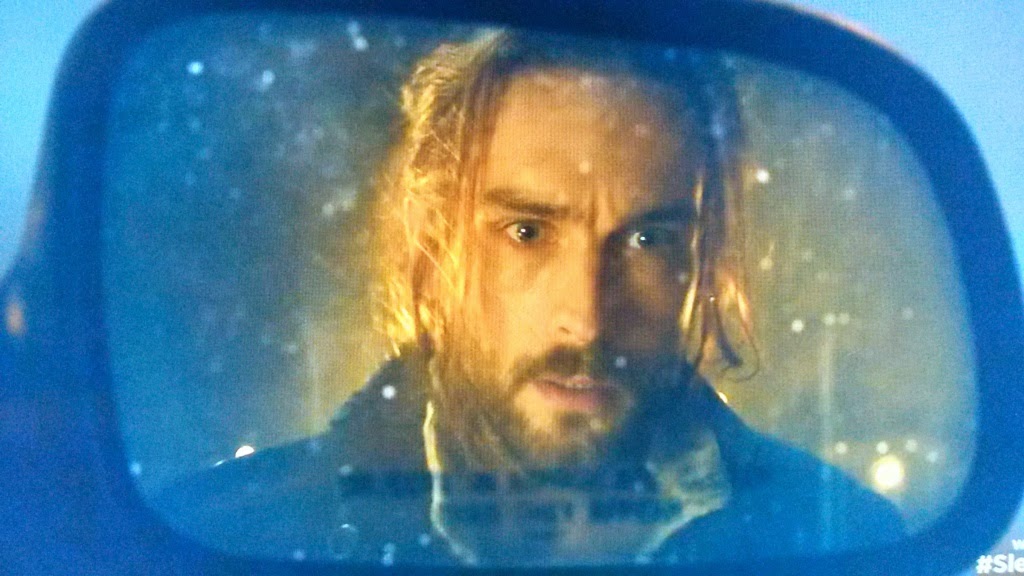 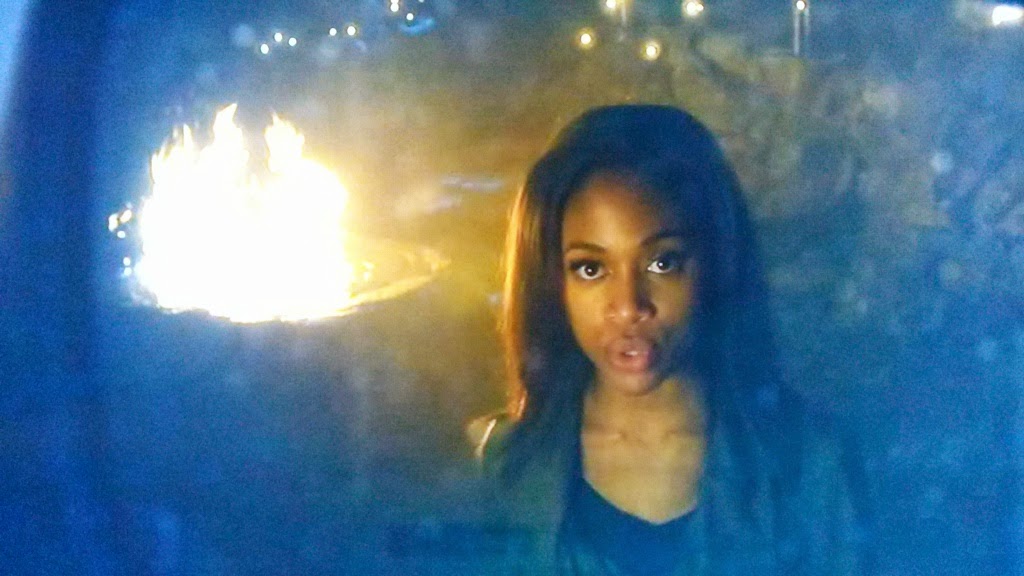 Crane and Abbie in the car side mirror 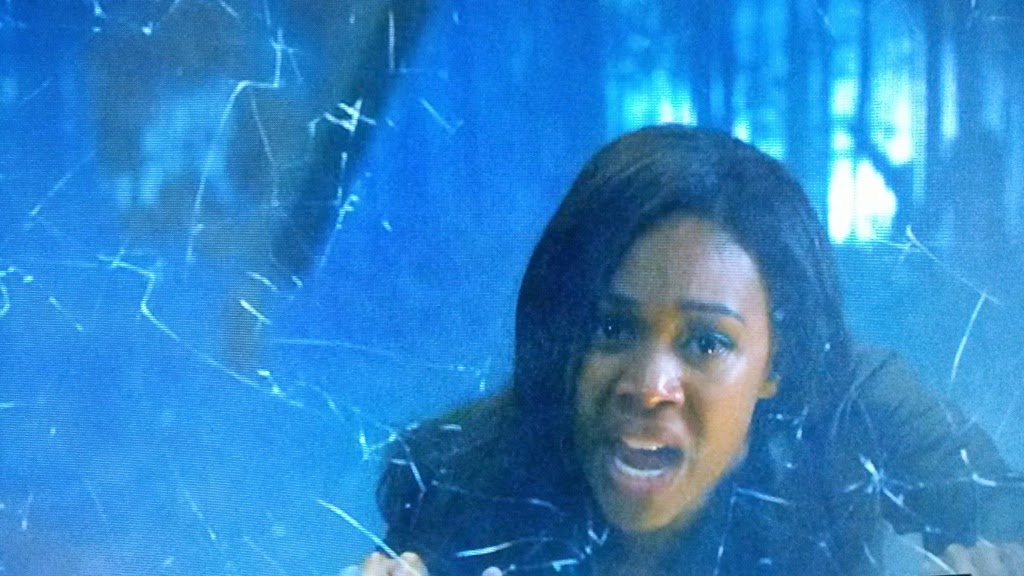 Abbie's plaintive cry to Crane not to fail. 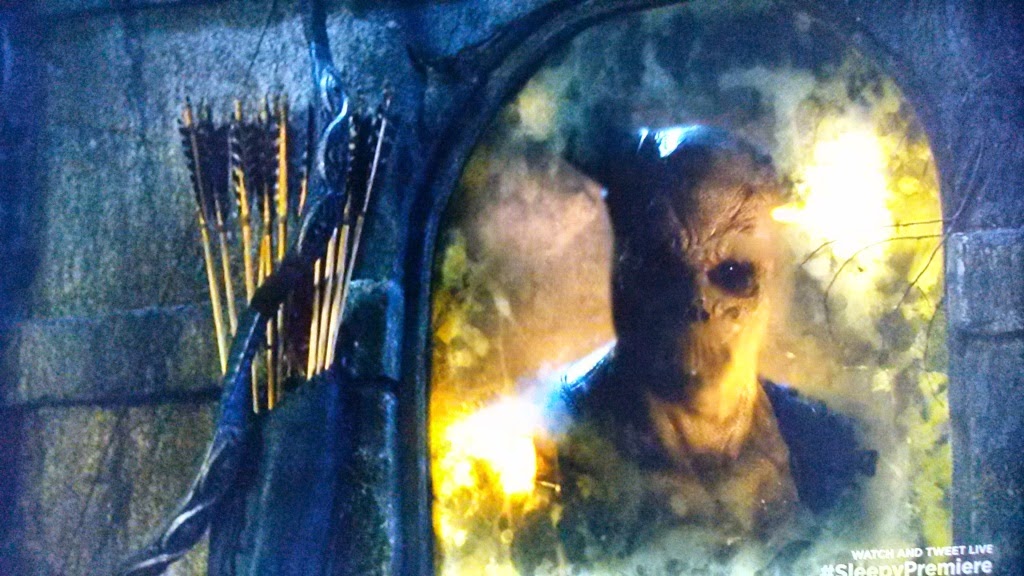 Moloch's mirror in Henry's armory with some 3D effect. 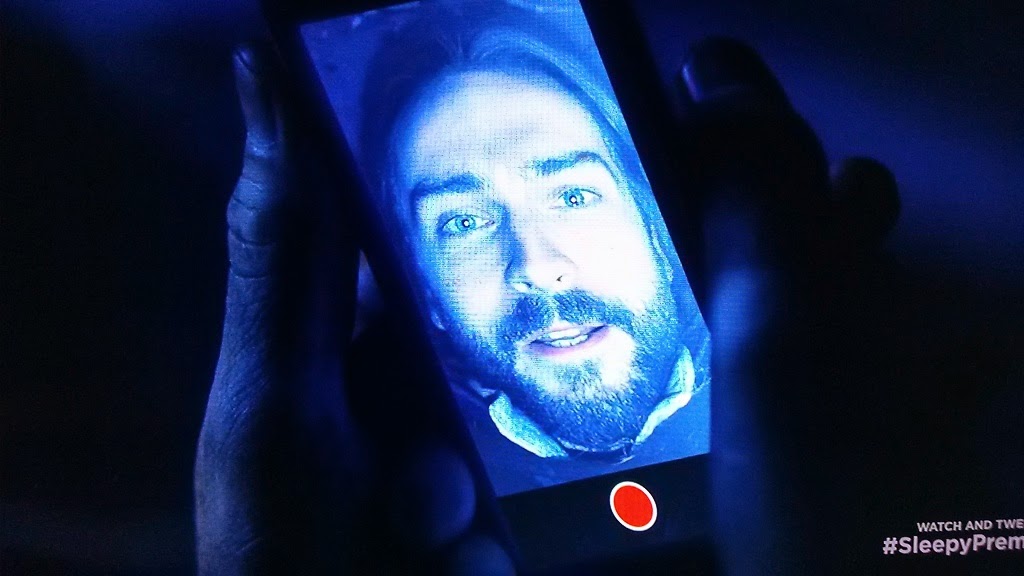 Ichabod's mirror image when he makes his "final" recording to Abbie. 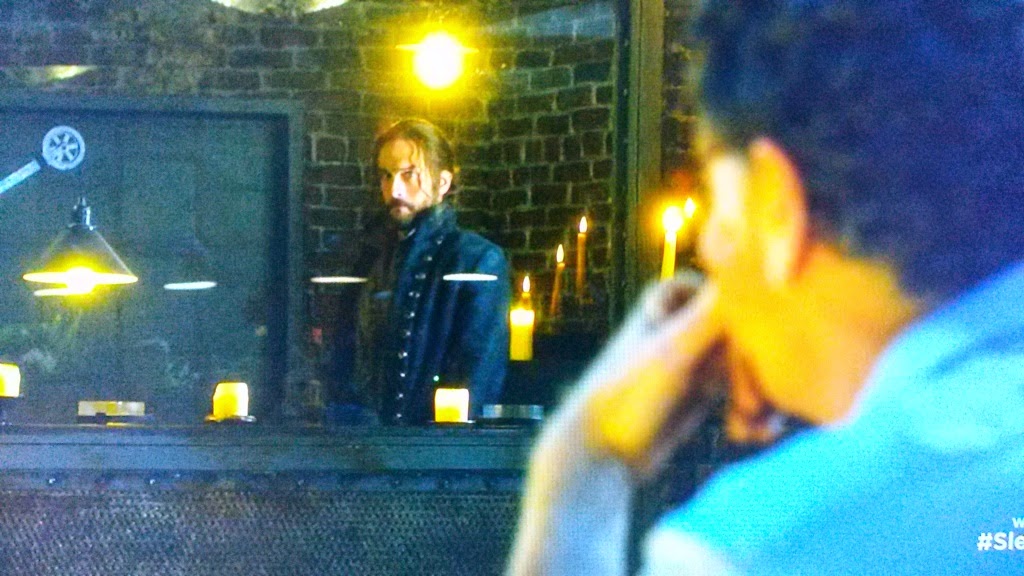 Let's not forget the glass that separated the "prisoner" Henry during that intriguing faux reality sequence.  Aside, you know, I did want to play along with that tableau.  But there were too many clues that it wasn't quite real.  Cranes breathing, the eerie squirming plant etc.  Seriously, I would have gone along with the one year in the future thing if that's the way the wanted to play it.  The fact that it was just a clever artifice to ween the truth out our heroes worked for me too! 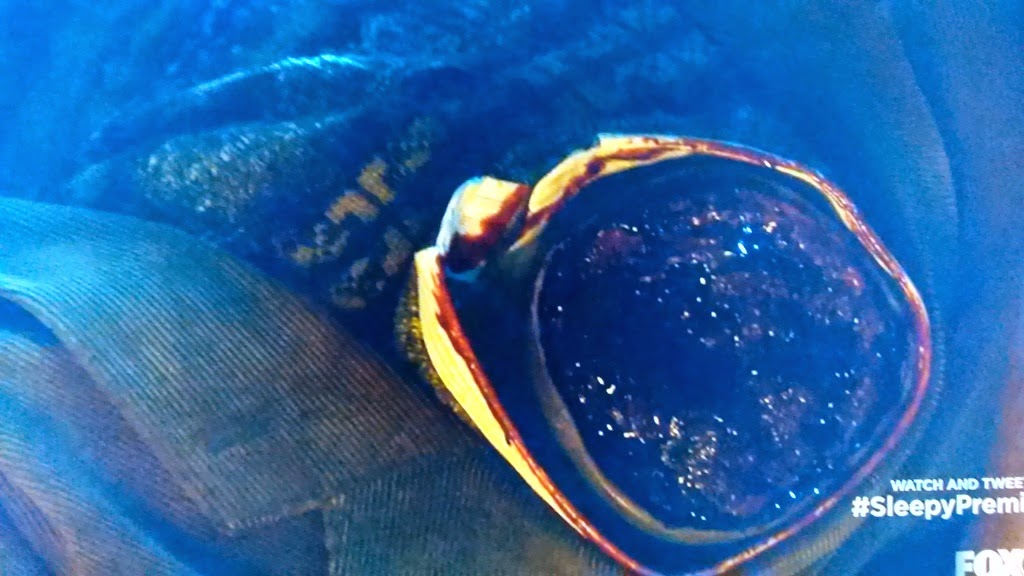 Sleepy Hollow made great use of people's noggins in this episode.  Or sometimes lack thereof. 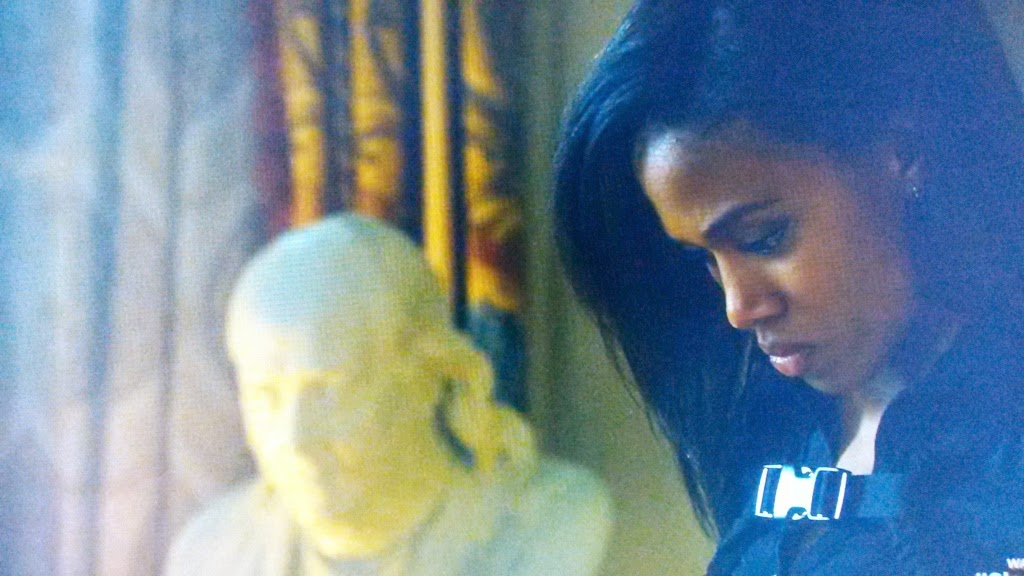 The faux reality scene made sure we saw the bust of Ben Franklin front and center only to see it shattered in the ensuing gun battle. 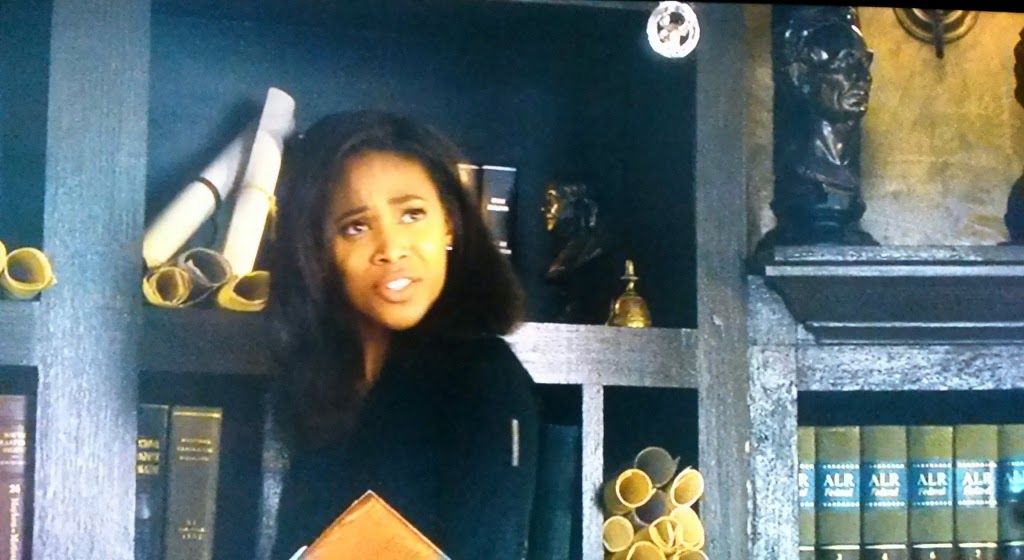 Seriously, this bothered me.

But not after what we saw later in the episode! 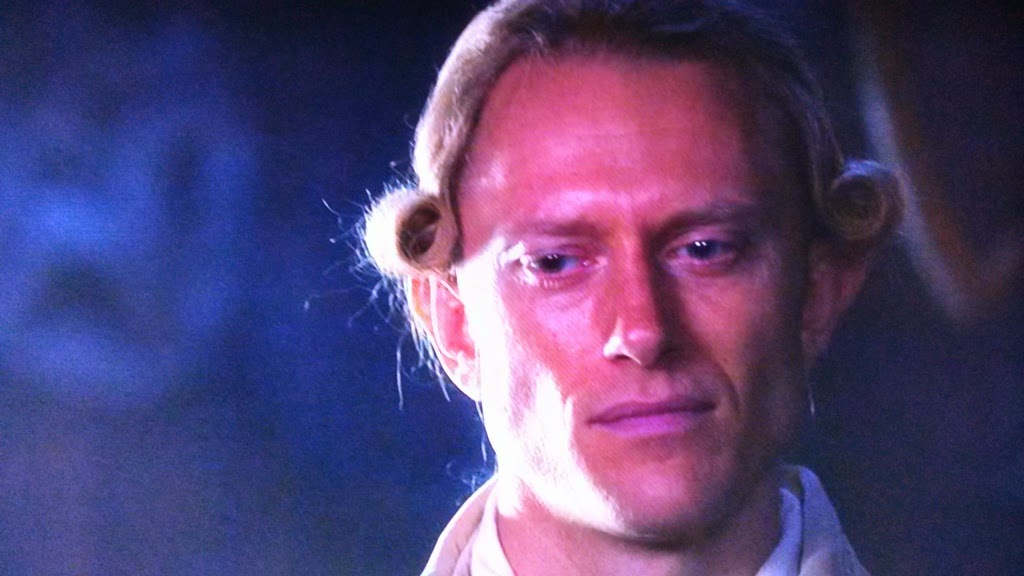 Well, I thought it was clever. 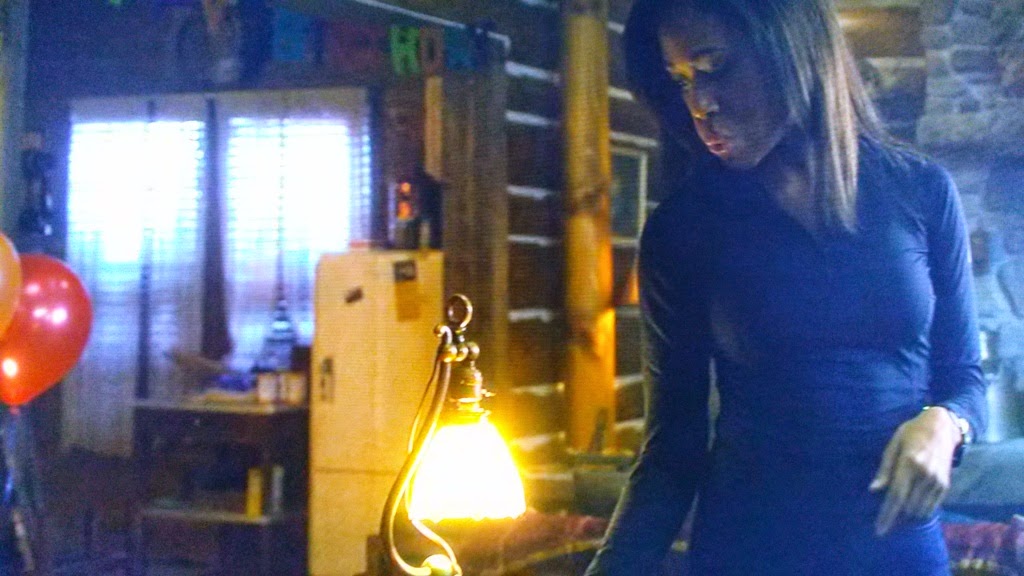 The Red Balloon!  Anyone who follows this blog know the red balloon means danger.  We've seen it as far back as Fringe and more recently in Extant.  This time it served as a clue that all was not right in the faux universe. 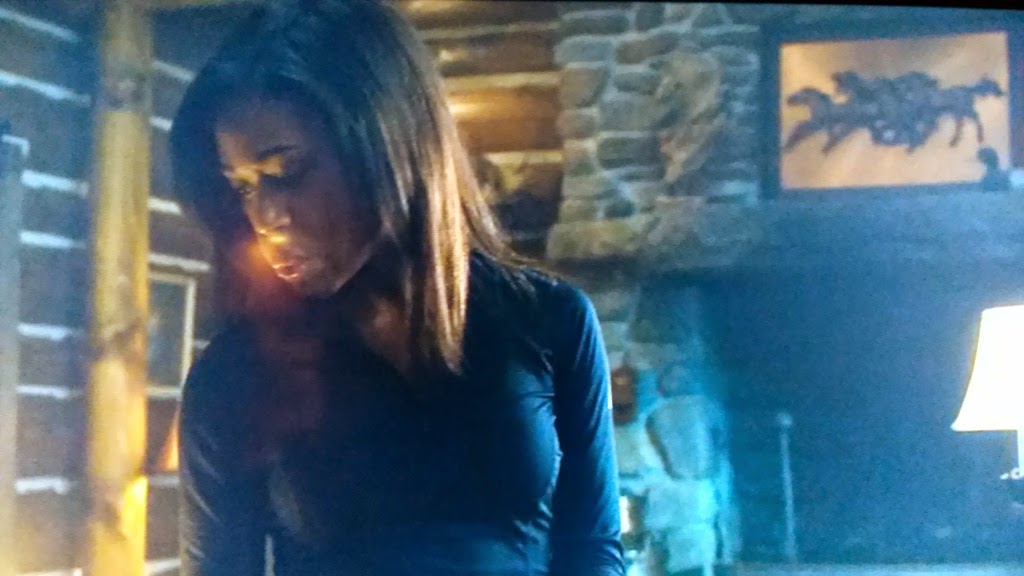 Did you see the four horses in the wall hanging behind Abbie?  You'd think these guys would have better taste. 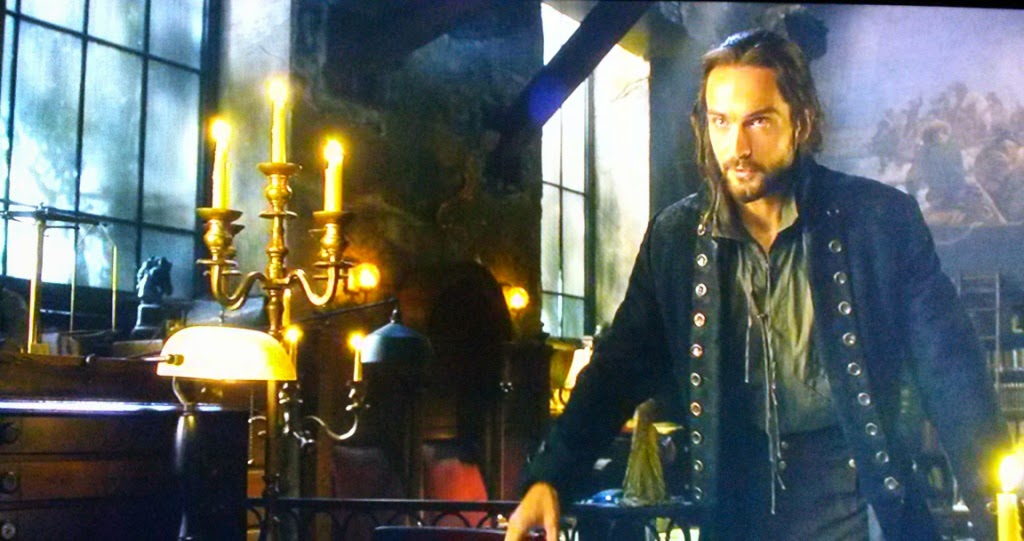 Ichabod only got one horse to his right.  Foreshadowing our big bad? 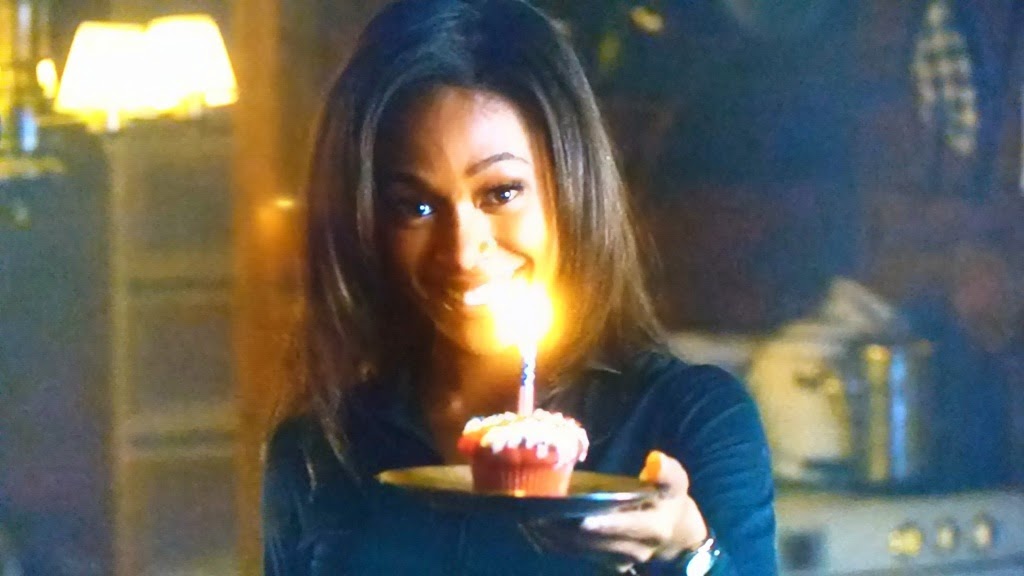 Did you notice they changed Abbie's look?  They did.  It's a bit softer now.  They let her hairline grow in.  I like it. Better than the receded hairline she used to sport.   More feminine. 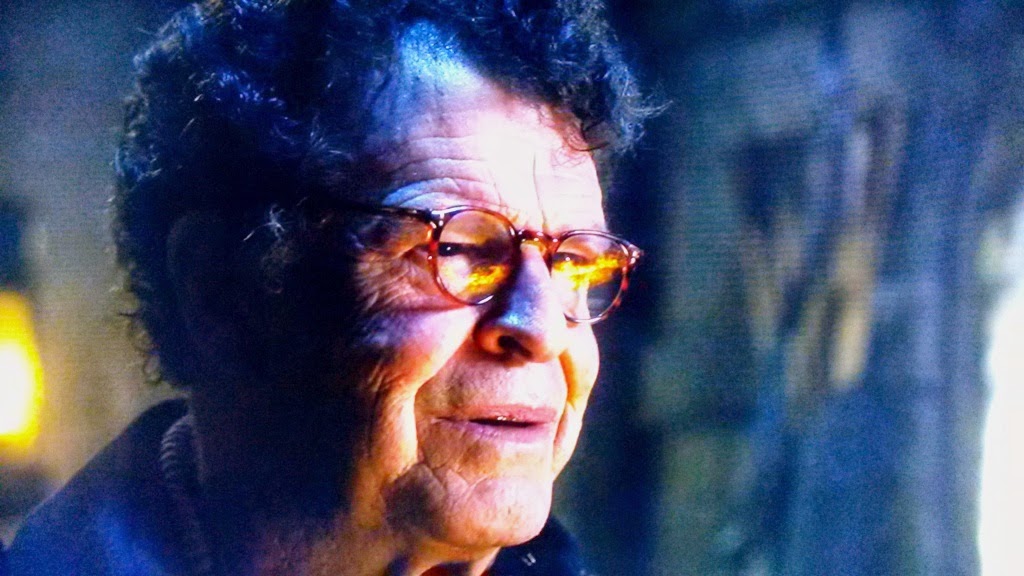 How much would I pay to hear John Noble intone the word "Magnificent" over and over?  Plenty!  Just let me show you my outrageous cable bill every month.  He's worth it.  Such a fantastic presence.

Especially in the context of this... 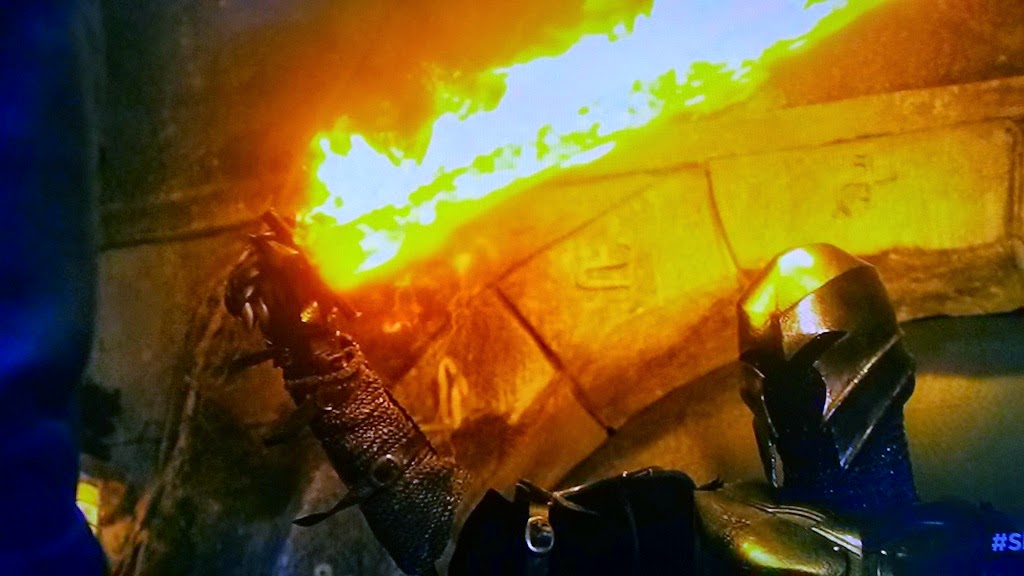 Oh, Sleepy Hollow you know I eat this kind of stuff up with a spoon.  Absolutely love it.  I'm not so sure of the rules behind these Horseman avatars either.  How come Abraham exists as the Headless Horseman and Henry gets to exist outside his spirit?  Because he's John Noble and he needs the face time?  Okay!

(At least we know he has a soul.  That will surely come into play later.)

Clearly this scene was reminiscent of the Nazgul raising his sword that was foolishly cut out of the original "Return of the King" movie.  Bad move was that.  Good thing they put it back in the disc. 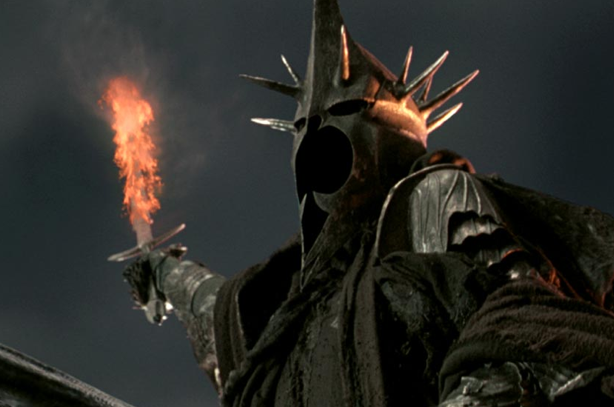