James Bond and the Spectre of Success. 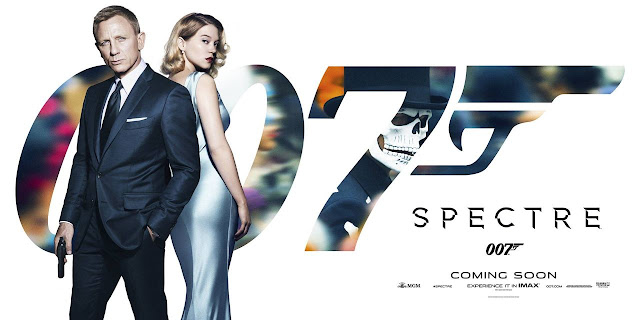 So how does "Spectre" handle the mantle of success following "Skyfall?"

No it isn't as groundbreaking as Casino Royale or as world shattering as Skyfall but it finds it's own niche in the 007 pantheon.

Skyfall was a spectacular success even though it was a bit bloated overall.  No one is going to remember that especially given it made over a billion dollars worldwide.  How do you match that if you are Spectre?  Well you over stuff it and hope for the best.

If there is one criticism you can lay at the feet of Spectre is that they may have tried to fit too much in.  Let's take a look at the good and the bad and see if this movie is a turkey worth of this Thanksgiving.  Spoilers ensue. 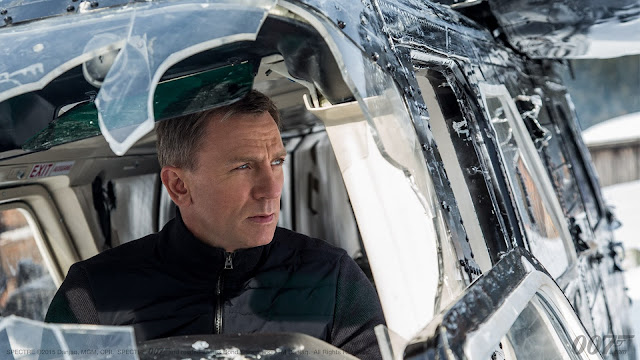 This was Daniel Craig's movie and he was at his best Bond.

Gone was the over eagerness and impatience with the role.  It was replaced by cool reserve and confidence instilled through self assurance.

Craig has been accused of being cocky in real life.  Wouldn't you be if you had to fill the shoes of one of the most iconic characters in cinematic history?  Though still impatient with the press, Craig has allowed a few cracks to open where his introspection has been revealed.

Craig is comfortable with a more vulnerable Bond.  Witness his reaction as building nearly lands on him near the beginning and as he takes a beating from the fearsome Mr. Hinx (Dave Bautista

Also, is his reaction to the rejection of his charm by Madeline Swan (Lea Seydoux).  Ever so slightly puzzled but intrigued.

Despite his age, (and on set injury) Craig seems lighter on his feet.  He seems to dance his way through the fight scenes and the brutish mechanical posture has been replaced by a statuesque bearing that is stealthy and perhaps a bit cat like.

For Daniel Craig, truly this was his finest hour. 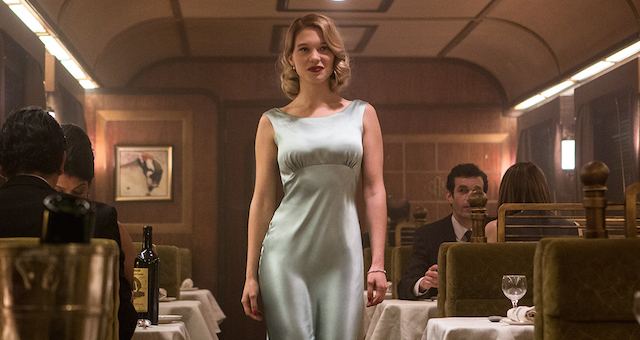 Lea Seydoux is quite charming and she looks fabulous in that dress.  Her Madeline Swan is
professional, relaxed with hint of sadness.  She exudes self confidence as a shield, but not so much as a defense mechanism, but as someone who is worldly.  Not a naif.

I loved her honest reaction to seeing a wingless plane chase her down.  Not bug eyed astonishment but real world incredulity.

She is a match for Bond in their shared past, at least in their secrets, and she ably scoffs at 007's posturing.  I only wish they hadn't let her become so smitten with him too quickly.  I realize that was more for Bond's character development.  Still, it didn't serve her. 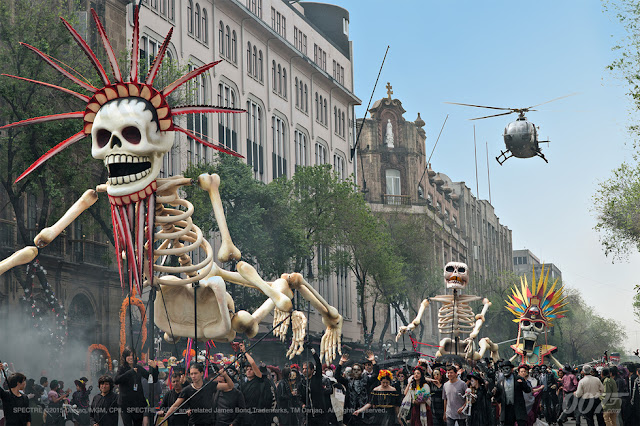 The "Day of the Dead" action sequence was worth the price of admission alone.  It was thrilling, colorful, noisy and full of splendid humanity.  The choreography must have been nearly insurmountable but they pulled it off. 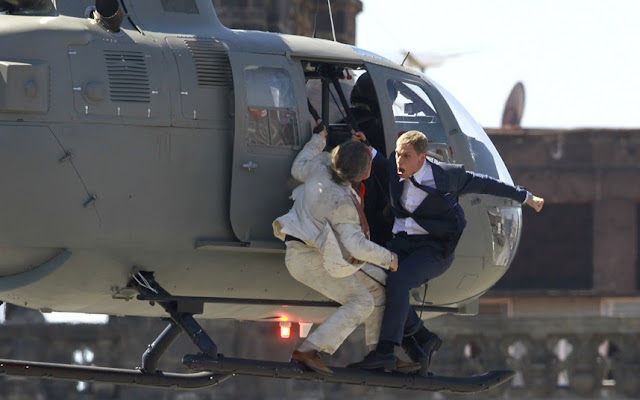 The helicopter fight scene could have taken place anywhere in a Bond film.  Above that swirling mass of humanity made it an extra thrill.

There was an excellent car chase in the streets of Rome.  Aston Martin versus Jaguar.  It was a sight to behold also but it still couldn't hold a candle to the living breathing spectacle of Mexico City.  That holiday is now on my bucket list. 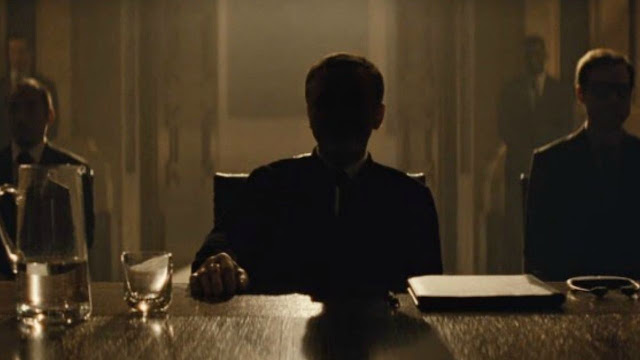 Here is Christoph Waltz at his best during Spectre.   A dark mysterious enigma.

Sadly, they decide to flesh out his character and embody him with every ill known to James Bond and the free world.

That's a bit much.

Not only is his character responsible for every evil to befall 007 but it's because he has daddy issues.  Good lord.

This is where the movie becomes overstuffed.   If you are going to be a super villain you should be a little more circumspect.  When forced from the shadows you should remain aloof and out of reach not histrionically comic.  You're a string puller not a tap dancer on a vaudevillian stage. 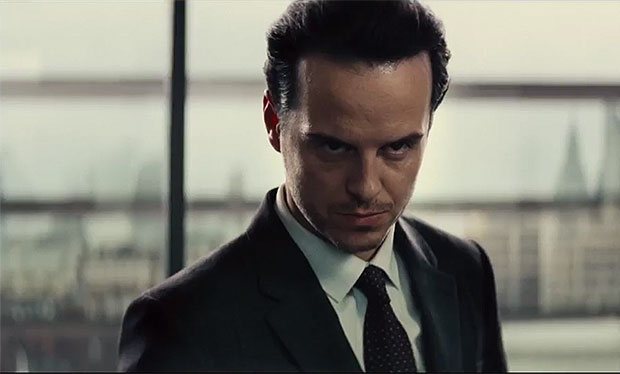 I liked Andrew Scott's restraint as "C."  Certainly more palatable than his over wrought scene chewing turn as Moriarty on the Sherlock series. 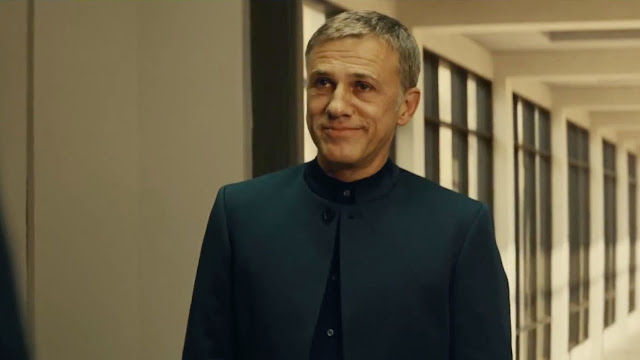 Let me add Waltz is a terrific actor.  I love his glib yet nefarious little smile.  It has to be his trademark.  In case you haven't heard, he indeed plays Blofeld in the movie.  (I did say spoilers earlier!)  I would think he'd make an excellent Blofeld if they didn't lay so much at his feet.  His development as a character seemed so forced and the climatic face off with Bond was rushed.

Blofeld is captured at the end by the "new" James Bond but wouldn't you want him to be defeated yet free so we can see him again?  Why go through all the trouble, legal and otherwise, to retain the rights to "Spectre" as a property only to wrap it up in one fell swoop.  Since Blofeld lives, any escape he may hatch would only mean the colossal ineptitude of MI6 as a jailer.

Here John Logan as writer and Sam Mendes share the blame.  The people behind the Bond franchise were eager to replicate the glory of Skyfall but I think they acted in haste.  Judging by his direction Sam Mendes showed his weariness.  Is he bad?  Of course not.  He is head and antlers above many.  Maybe he missed Roger Deakins as his cinematographer.  Either way, typical Bondian moments were missed especially in the quieter occasions. 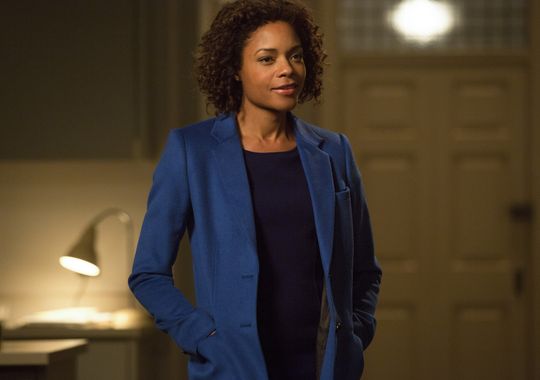 This may be a nitpick but how can you make Moneypenny such a major player in the last movie only to under-utilize her here?  A pity. 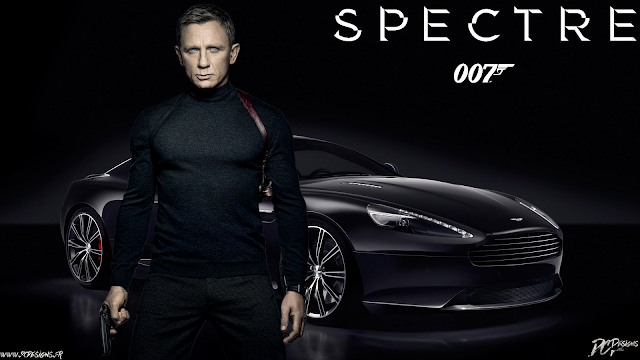 So was Spectre a bad movie?  Not by any means.  If you are a Bond fan it is a must see and to the casual movie goer it is a welcome diversion and good popcorn fun.  Sadly, this played as a swan song for Daniel Craig.  Everything from the previous three movies was included and all was wrapped up in a nice neat bow.  He even got the girl at the end and this time for keeps.

It would be disappointing to see the Daniel Craig Bond go out on such a half note.  Craig noted at the London premier that "Loves" playing James Bond.  Good.  Give him one more shot.  Scale things down a bit.  As an idea, how about having his friends as an enemy.  Make the CIA a bad guy and have him come to America.  Bring back Felix Leiter and save us from ourselves.  The cold war is in vogue again.  China, Russia and ISIS.  Plenty to work with James.