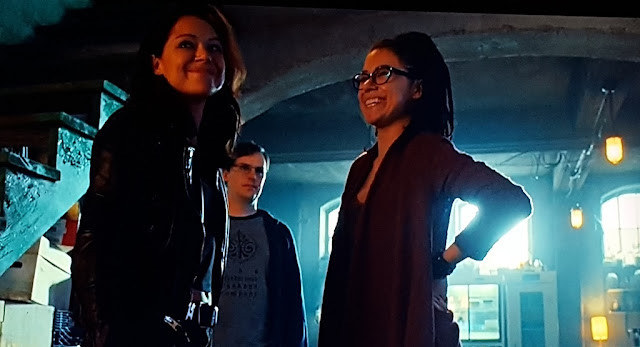 So the worm has turned.

It may have been all smiles when Sarah was reunited with Cosima and Scott to start the episode but by the end Sarah finds herself in virtually the same place as Beth.  That point being punctuated by seeing Beth in the clothes she wore when she went, ahem, "Trainspotting."

Like many of you I was stunned by the close of the episode.  Stunned in the sense of what the implications are in Sarah's discovery.  So let's get right to it and see what we can dig up. 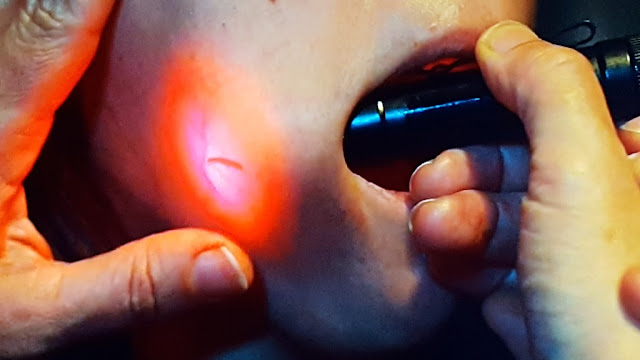 Sarah makes the grim discovery the Neolutionists have embedded a worm in her.  Or, "Maggot-bot" as it was referred to in the episode.  As has been intimated, this does not bode well because at one time, the "Neos" had  Kira also.

Let's take a look at some of these implications.

So does the little worm in Sarah's cheek serve as a bio-tracker?  In other words, is that how the Neos were able to track Sarah's location to Iceland?  My first impulse to seeing the Neos approaching Sarah's icy hideaway was that somebody talked.  Mika made the call to warn Sarah of the Neo's approach and, as we were to learn, it was because she was monitoring the Neos.

If it was a tracker, what took the Neos so long to track Sarah to her location?  Shouldn't it have been "pinging" all along?  The worm seems to be purely organic, nothing electronic that would be able to send a radio signal.  Unless, the worm is constructed something like a bird's brain or eye wherein it can sense the Earth's magnetic field in concert with it's night vision.

Birds are known to have a neural cluster that runs along the "dorsal surface of the brain and is adjacent to the visual pathway" this is called an "N cluster".  I'm not saying the worm could see where it was, but since it is biologically linked to Sarah it would be using her senses to discern where it is and then through the magnetic field of the Earth the Neos could triangulate where Sarah was.

At least, that sounds like it would take much longer than a simple electronic bug in her system much like we just saw in the season two 12 Monkeys premier.  (For more "Bird brained" information follow the link.)

So why would the Neolutionists create a worm to embed into people?

We know they are into "self-directed evolution".  They are into body enhancements and physical alterations and they seem to have a fascination into Projects Leda and Castor.  I began to wonder as the episode progressed if the worm acted as a sponge of sorts.  You know, absorbing all the information inside a clone, in this case Sarah, and extrapolating all the genetic information inside her for extraction later.

Especially valuable would be not only the clone information itself but the genetic abnormality that had allowed Sarah to become pregnant along with her "Sestra" Helena.

As far as embedding a worm into non cloned people, I can only assume this fits into their mantra of genetic alteration and perhaps there is genetic material within the worm that would leech into the host body and "enhance" them genetically with whatever code the worm contained.

Extracting the worm was seen to be fatal as we were shown when Sarah pretended to be Mika and witnessed that video in the Neo night club.  It even gave itself a little wiggle when Mrs. S probed it with her finger.  Now that was creepy. 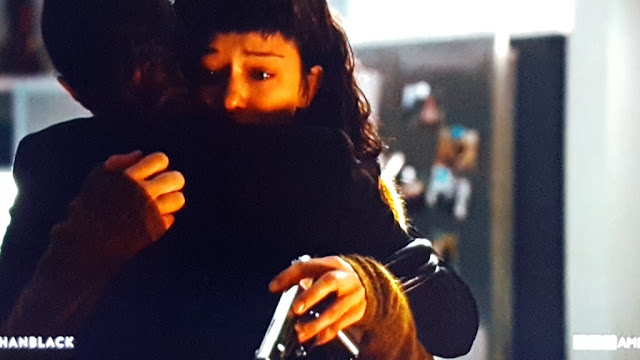 As I mentioned earlier, Beth seems to be wearing the clothes she killed herself in.  We saw the flashback where Beth returned to her apartment and was confronted by M.K. (or Mika).  Beth was quite agitated and her hands were covered in blood.  This horrified Mika but Beth assured her it wasn't hers.  So whose blood was it and did she kill somebody? 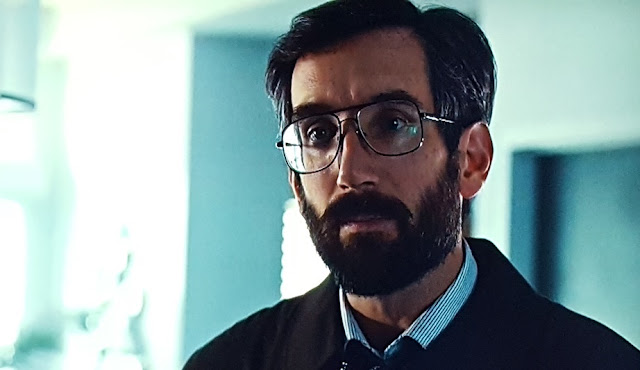 I first suspected that Beth had killed Detective Duko her police union rep and Neolutionist co-conspirator.   We haven't seen Duko in any of the other Orphan Black seasons which leads me to believe he didn't survive past the "Beth" timeline.  Why would killing Duko lead Beth to taking her own life?  She said she had "screwed up" does that mean the killing of Duko was a mistake?  Would his death propel things in the wrong direction and actually make matters worse?  It could be she extracted information from Duko which allowed her discover an implant of her own and that led to her suicide.  Maybe all the worms are different and Beth's particular worm made life not worth living anymore.

I'm not completely comfortable with this scenario but aspects of it could turn out to be true.  Beth killing Duko shouldn't be enough for her to take her own life.  There are bodies dropping everywhere in this battle and she should have been able to cover up her complicity in his death.  (Cop tricks right?)  We don't know all the answers from that night yet but it seems Duko didn't survive it either and I'm sure we will get more answers in the next episode. 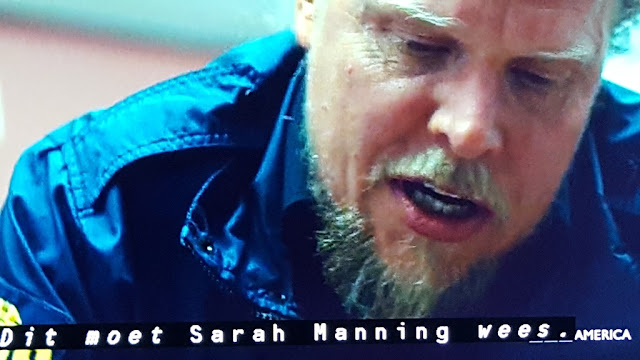 The "Maggot-bots" do seem to be individually oriented towards their host.  This was revealed when the two fake Para-medics from episode one of this season probed around in Sarah's mouth and determined it was her as opposed to another one of the clones or hosts.  That's a little spooky and maybe this had something to do with Beth killing herself. 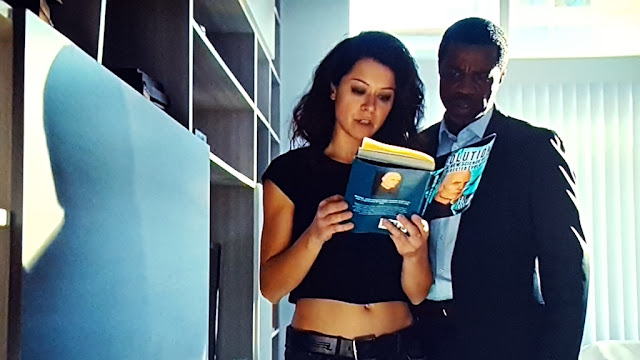 Beth was studying the Neolutionists as evidenced by the Leekie book in her apartment.  With her knowledge of their philosophy, it could be she gained some knowledge of their experimentation and gained some insight that we, as the viewing audience, aren't privy to yet.  Piecing the puzzle together may have led to her suicide. 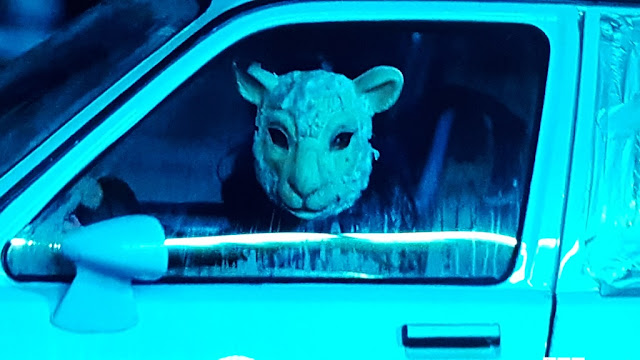 Mika is definitely the missing link to all of this.  She ominously passed on the warning to Sarah that pursuing the investigation will, "Kill you like it did Beth."  So the implication there is that Mika knows more about Beth's death than we do or Sarah does.  Well, perhaps not, she could be speaking in general terms.  But, knowing this show, probably not.
Mika seemed to only deal with Beth.  She was anguished over Beth and pleaded with her not to leave her as she saw Beth as her protector.  She only seems to come out of the woodwork now that Beth is gone and Sarah is creeping closer to the Neolutionist's  plan.
I'm not sure why Mika would keep her distance from the rest of the Clone Club but it could have something to do with her hermit lifestyle and this particular lifestyle kept her far from the Neolutionist's nefarious plans.  Does this mean the rest of the clones may have a Maggot-bot in them?  They've all come in contact with the Neos in some way or shape. 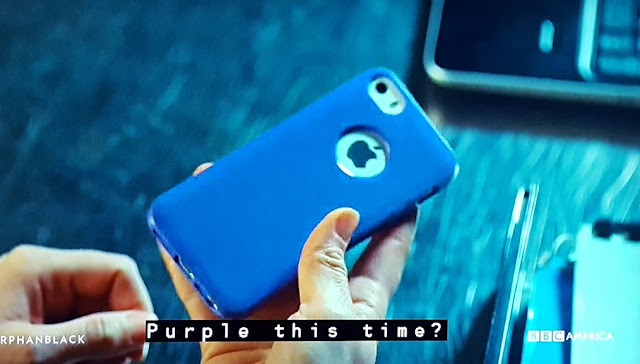 Orphan Black could not have inserted this little Easter Egg as a homage to the passing of Prince this past week could they?  It was just a coincidence right? 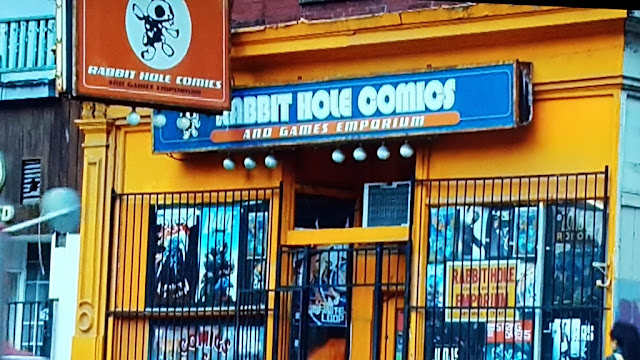 Down another "Rabbit Hole" with Orphan Black!  Oddly enough the name of my local comic store is "Wonderland Comics."  Weird! 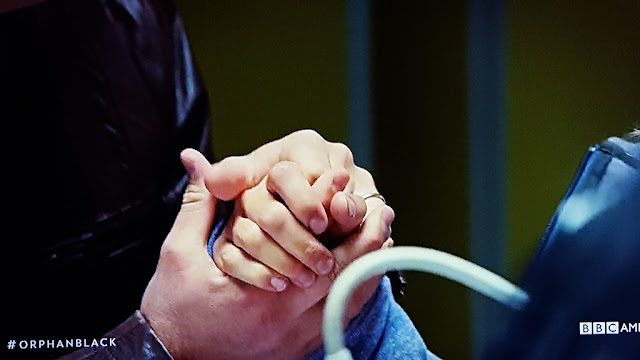 Cute how compassionate Donnie was with Helena at the clinic. 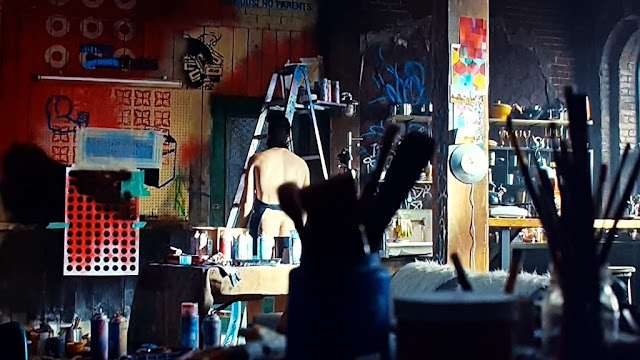 Sad how Fie seems to be distancing himself from everyone else as he doesn't feel part of the family anymore.  I think we all that coming from seasons past. 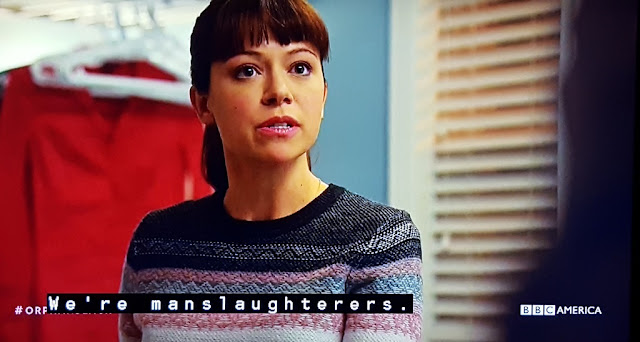 How precious that Alison sees herself as a manslaughterer and not a murderer. 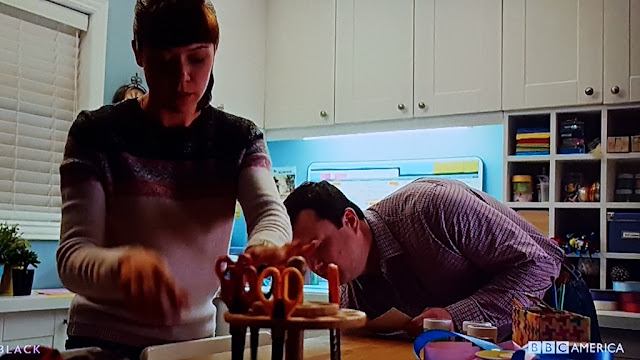 We then get to see her ample scissor collection.  Makes her seem rather "stabby" doesn't it?  Keep telling yourself you're just a manslaughterer Alison! 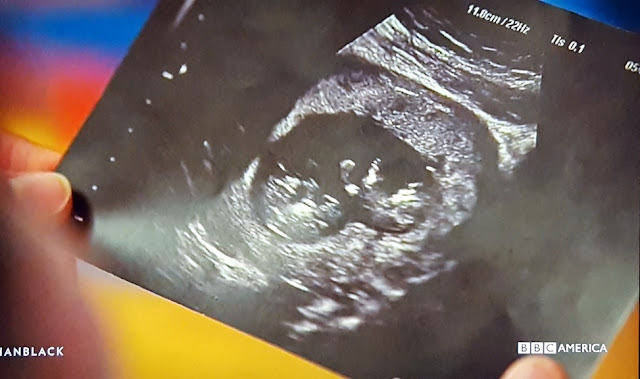 Hmm, a clone having identical twins.  So a clone essentially making a pair of clones.

What could go wrong with that?