Star Trek Discovery - "I Don't Know Where We Are." 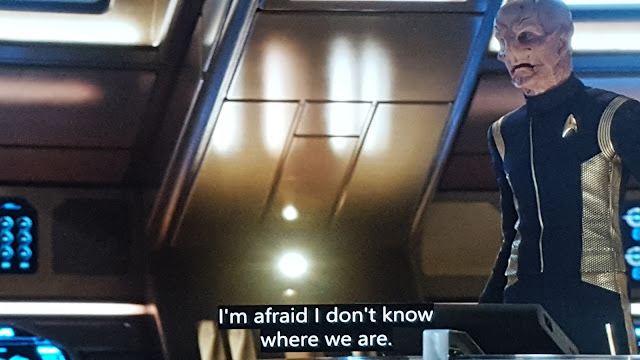 Star Trek Discovery left us with quite the cliffhanger with it's mid-season finale.  Some liked it others did not.  Either way, the driving question of that episode was, where in the deep darkness of space are they?

Fans of the series were as adrift as the crew as we all stared blankly lost in space together.  Theories abound and we'll touch upon a few here.  But first, lets take a look at the final moments of that episode.


It's worthy to note the several theories surrounding Captain Lorca.  The most salient of which, and some might find this spoilery so avert your eyes, is that he is from the Mirror Universe.  As the theory goes, Lorca's dark and somewhat sadistic nature has led him to search for his original universe.  He's used Stamet's ability to guide the "Spore drive" to get him back home.

Inverse.com has a great recap of this theory and you can find it here.  But that is just one theory and although it is pretty plausible, it just covers one of the many possibilities as to where the crew finds itself.

Here are few more of my own we can pour over as we try to figure out where Discovery is now. 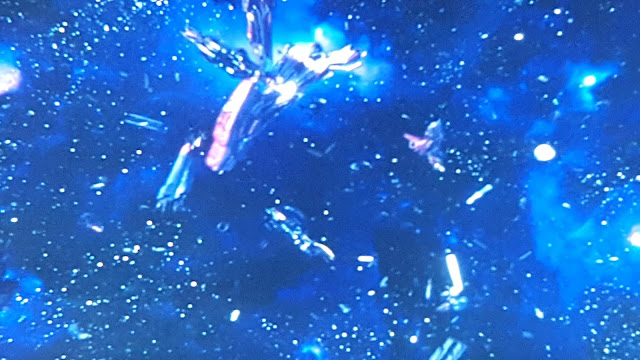 As the camera pulls back to end the episode, we see Discovery sitting in a field of debris.  Lorca wonders aloud if this debris belongs to a Klingon vessel.  As "Inverse.com" noted, Lorca could be faking his confusion so let's take it with a grain of salt as to his bewilderment.

With this in mind, let's recall one of the darkest moments of Lorca's past as revealed by Admiral Cornwell.  As she recounted, Lorca's previous command was the USS Buran and that ship fell victim to a Klingon attack.  An attack so vicious in nature that Lorca felt compelled to mercy kill his own crew lest they fall victim to Klingon imprisonment and torture.

Cornwell found Lorca fit for command after this incident.  But it seems its true nature was hidden from the rest of Starfleet.  (Cornwell later regretted her decision when Lorca pulled a phaser on her after their shared moment of "bliss".)

As the "Buran" theory goes, Lorca has used the Spore Drive to manipulate time and space bringing him back to the moment just after the Buran was destroyed.  The debris we see is that of the Buran and Lorca has positioned himself to a moment just before he decides to eliminate his crew.  Perhaps they are either in escape pods or already aboard the Klingon vessel.  Either way, Lorca now has the opportunity to undo the great black mark on his career to say nothing of his life.  Lorca will now use Discovery to save the crew of the Buran and radically alter the timeline in which they perished.

You could rightly ask this may lead to a future where Discovery may not exist itself.  If you're Lorca, they may be a small price to pay if his plan succeeds.

Yes, you read that correctly, the "Mirror" mirror universe.  What if the timeline we've been watching Discovery in was the mirror universe all along?  That dark and scary place originally explored by Kirk and his crew.  It would explain how we've never heard of the Spore Drive in the Star Trek canon we all know and love.  It would also explain Michael Burnham's existence.  As we all know, she doesn't exist in Star Trek lore let alone be part of Spock's extended family.

The premise here is, we've been viewing Discovery in an alternate universe all along and the latest jump has returned us the Trek timeline we are all familiar with. (Which may explain why the stars look different to Saru and the ships' on-board navigation.)

Yes, this mirror universe isn't as dark and scary as the one originally explored by Captain Kirk.  In the video above Stamets refers to "Infinite permutations."  I'm taking this to mean the number of infinite possibilities one experiences when exploring alternate timelines/universes.  I'm guessing Lorca will be satisfied with any possibility that means he's rescued the crew of the Buran and cleared his name.

Yes, the "Buran" incident is a constant here.  Only in this scenario, Lorca and the crew haven't time traveled they've "universe hopped".

The question now remains, if he fixes the "past" what happens to the "present"?  No more Klingon war?  No more Spore Drive?  No more Burnham?  If so, that would fit nicely into the canon we all know and love from Star Trek.

The possibilities are innumerable.  What if Lorca is found out by the crew?  What if Burnham finds out and she decides she doesn't want to be erased?  Would she be erased?  Or would Discovery and Burnham be allowed to go back to the mirror universe from whence they came? 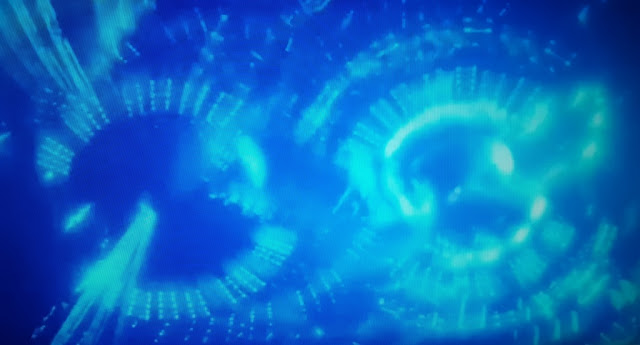 This is the scenario where gently ask me to lie down and take a nice long nap.

There are two ships coexisting at once.

Once again view the video above.  Beginning at the 26th second interval and ending at the 28th the Discovery is split into two separate ships and then rejoined as one.  I've captured a still from the video immediately above and illustrated the split with the two separate swirls as Discovery spins through the Spore Drive sequence.

The narrative? We the viewers are never told which story line we are viewing as the events run concurrently and are virtually interchangeable.  Aside from some minute differences of course.  That will be left to us to discern.  Think of "Mr. Robot" season 2 when we were all watching one thing while a different reality played out and was eventually revealed to us.

Would the people behind Discovery actually do that to us?

In case you are wondering what a Spore Drive looks like in normal circumstances, here it is.  Just one ship. 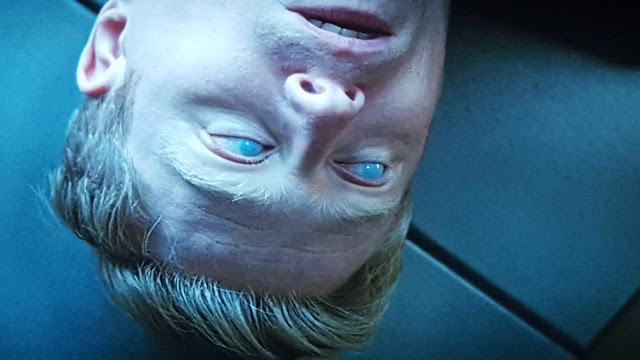 So let's take a look at our three scenarios

If you are thinking Stamets will have a lot to do with the resolution of any or all of these scenarios you are resoundingly correct.  Not only does he exist outside the normal time stream but he can see all it's permutations.

Okay, I think I'll take that long nap now.  Are these scenarios perfect as illustrated?  Maybe not exactly.  But there is a lot to chew on and the creative team behind Discovery has told us answers will be forthcoming.

January 7th is right around the corner.  (At least in this Universe.)