"Olivia is a living uncertainty engine, every breath she takes brings us closer to Nirvana" 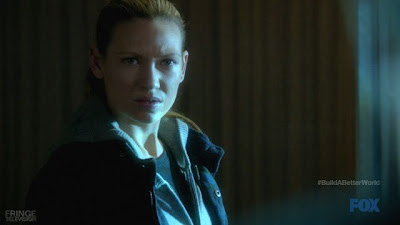 So spoke William Bell as he was confronted by Peter Bishop at gunpoint during the episode "Brave New World part 2".  Bell was not afraid to die as he saw himself as a God and as a god he would not be the first as such to be martyred.  Olivia, however, is different.  She is a living breathing manifestation of the unknown.  She is not a creator of worlds but a gateway.  She provides the road one must travel on but the direction and time cannot be determined because she is neither here nor there.

"The uncertainty principle is certainly one of the most famous and important aspects of quantum mechanics. It has often been regarded as the most distinctive feature in which quantum mechanics differs from classical theories of the physical world. Roughly speaking, the uncertainty principle (for position and momentum) states that one cannot assign exact simultaneous values to the position and momentum of a physical system. Rather, these quantities can only be determined with some characteristic ‘uncertainties’ that cannot become arbitrarily small simultaneously."

Imagine what it would be like to live in such a state.  In "Bullet Points Part One" I discussed the forensic values behind the weapon to "kill" Olivia.  In "Bullet Points Part 2" We find the necessity behind using such a weapon and the reason Bell chose it as his vehicle of delivery.  In this final chapter we'll examine the outcome of his plan and what it means for the past, the present and the future. 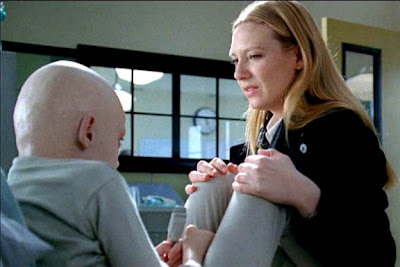 When William Bell left the Luger in plain sight for Walter Bishop to use it was the first step in the delivery of Nanites to the Cortexiphan enriched brain of Olivia.  While Walter theorized that this was the end of Olivia's special abilities he also noted that some may still remain.  William Bell is counting on it.

If you recall  the final moments of the "Brave New World pt. 2" Olivia revealed to Peter Bishop that she was pregnant.  While Peter was overjoyed, Olivia seemed a little hesitant.  Perhaps reserved or nervous about what she was saying.  Olivia knows far more than what she is telling Peter.  I think Olivia knows the true nature of her pregnancy. Something isn't right.  Has the pregnancy been accelerated?  Did the doctors alert Olivia to something they can't identify?  Are there paternity issues?

Is Olivia pregnant with twins?

We all know that the adult child of Olivia and Peter, Etta, awaits her parents in the year 2036.  What if Henrietta is not an only child.  Could it be that the Nanite infused bullet that penetrated Olivia radically changed her pregnancy and brought another life into this world? 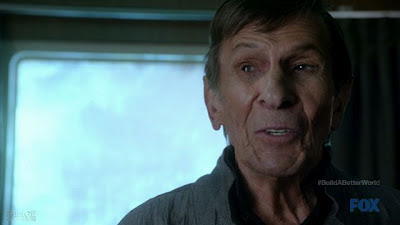 When William Bell saw Walter making a play for the Luger as he finished his poem by Yeats, he gave a knowing smile.  His maneuver was working.  Bell admitted to Peter he was prepared for martyrdom.  His plan would have been for Walter to shoot Bell and with his own Cortexiphan enriched body and be reborn anew in a state that would transcend his old mortal self.  Peter and Olivia's arrival scotched that plan and Bell did not seem entirely pleased.  Now the Nanite infused bullet was lodged in Olivia as Walter shot her instead.

In the year 2013 or 2014 depending on Fringe TV time, Olivia will give birth to her twins.  One the healthy vibrant Etta that we meet in the future and the other the mysterious child we met in the episode "Inner Child".  With the impending invasion of the Observers in the year 2015, Olivia cannot risk the invaders finding her son so she spirits him away to the past and gives birth to him approximately in the year 1997.  At virtually the same time she gives birth to Henrietta in the present.  How?

The last remaining ability that Olivia can bring to bear is the power to be in two places at the same time.  This is what Bell was referring to when he called Olivia "a living uncertainty engine".  Walter made reference to this ability when he left Bell in encased amber in the year 2036 and took his hand instead (for cloning purposes but that's a story for another day.)  Walter explained this act of retribution to Astrid as the two parted company with Bell saying Bell deserved it.  Thanks to Bell and his Nanite infused bullet, Olivia not only gave birth to the being Bell intended for himself but also cursed her with being neither here nor there, both in the past and in the future.  A living uncertainty principle.

If we go back to the events of the "Inner Child' episode we learn that the 10 year old child had been hiding in a place that lain undiscovered for 70 years.  As the time grew near for Olivia to give birth to her twins she relates to Walter the astounding truth behind her pregnancy.  Walter knowing the implications of this truth he entreats upon Olivia to secret the child in the past using her "uncertainty" ability.  This place was known not just to the Bishop family but really to the Bischoff family.  A safe house in New York city envisioned by Robert Bischoff as a place to run to as he formulated his plans to escape the nascent Nazi Germany in 1937.  This was the very same shelter the "Child" was hiding and gave his empathic cry for help just before the surface building was due to be demolished on his head. 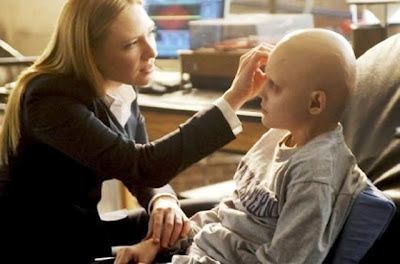 You'll recall the remarkable connection between the Child and Olivia.  It's the unspoken but immutable connection that exists between a mother and her son.  For her part, Olivia was attuned to the needs of this lost boy.  She didn't know she was his mother but she could feel it.  The events of his birth hadn't happened to her in the year 2007.  Much as the events of September being shot hadn't happened for him yet when Olivia revealed to him that he had been wounded and that Olivia had to die in any possible future.  Now we know the truth behind this strange scenario.

The Child lived alone in that shelter all those years quite possibly familiarizing himself with his mother's casebooks which he imparted to Olivia and allowed her to capture "The Artist" in that very same episode.  It could be that Walter or Olivia made available these casebooks to occupy the child's time and enrich his deprived life as to his mother's history until the time came for her to come to his rescue.

But there is one other significant clue that is revealed in this amazing story and it brings us full circle to the events outlined in "Letters of Transit". 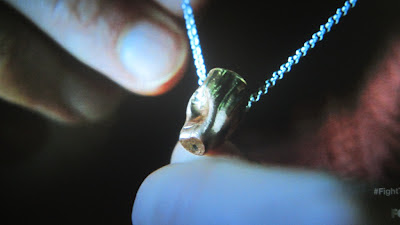 The Bullet.  The bullet that started this chain of events that Henrietta wears around her neck not only honors her mother and her incredible sacrifice but it honors her twin brother as well.  As Henrietta fights the future for her part in the resistance, her brother does the same as part of a rebel band of Observers that was never to be.  A full grown adult whose birth the Observers tried so hard to stop.

All because of one gifted woman and her heroic family.  I picture them all finally reunited in the events of 2036.  The Inner Child whose name we'll  finally learn, his parents, Peter and Olivia.  Walter may yet get his redemption and fix the mistakes of his past by bringing this disparate troupe together.  It's only fitting for a man that once thought himself a God should play a larger role in the course oif human history as a simple but loving grandfather instead.

I can't wait for season five. 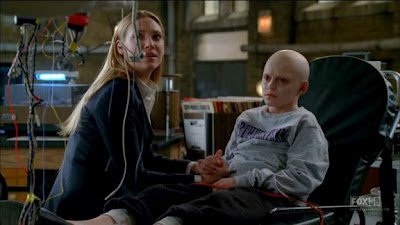 (Look for a "Bullet Points" epilogue sometime in the future!) 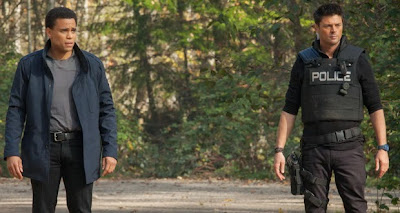