Spoilers for Continuum and True Detective. 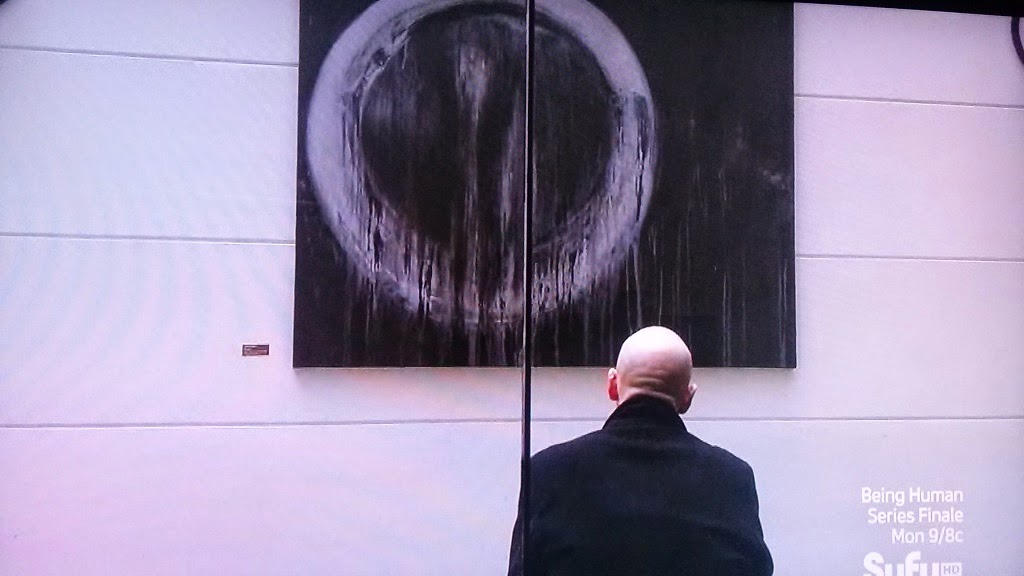 Continuum had it's True Detective "flat circle" moment during it's season three premier, "Minute by Minute."  We find the character of Stan Escher sitting in an art gallery contemplating an eerie looking circle.  I couldn't help but think of True Detective and the nihilist musings of Rust Cohle.  I wonder if Escher was thinking the same thing as Cohle as he stared at the circle.  As in, where we're all doomed to repeat our actions and free will is just a fantasy as we march endlessly through our existential crises over and over.

Escher soon met the same fate as Reggie Ledoux in True Detective.  Reggie had told Cohle that he seen him before in a dream and started rambling about black stars and doing it all over again.  Reggie soon caught a bullet from Marty Hart and so it was with Escher.  Escher revealed to Kellog that he knew who he was and it wasn't long after that he also caught a bullet at the hands of Emily.

Normally, I would have thought we have seen the last of Escher.  But considering we've already seen Keira up and about and standing behind Alec after Alec finds her dead with a bullet to the brain in his week old time travel flashback, then I guess not.

Keira had thought  the same thing as me as she gave Curtis Chen a bewildered look and she wondered aloud to him that she had killed him. (The "time cop" prison scene.)  How could he be alive if she shot him in the past?  That question was answered, as I just mentioned, when Keira glowered at the grief stricken Alec as he stood up over her lifeless body.

The only answer to this is time streams, or if you wish, splinters of time.  You can be alive in the future and dead in the past as long as you've existed in one or more of both.

But doesn't that mean Keira's family in the future of 2077 is a different version than the one she left?  How different?  If time can be fixed and history preserved, as Curtis Chen and his cohorts would have us believe, then how could he be alive without being in a different timeline?  Dead is dead right?

Of course now we have and had two versions of Alec and Keira existing in the same timeline considering Keira is staring at her own lifeless body.

If I read this correctly Escher will return, it will just be a different version of him from a different timeline.  His flat circle is repetitious with the option of being from a different circle even though your are cognizant of that previous circle.  Cohle's flat circle exists in the same timeline but you exist as different characters, or if you will, characters that have been reincarnated and only vaguely aware of their past if at all.

Someone hit me in the head with a frying pan please. 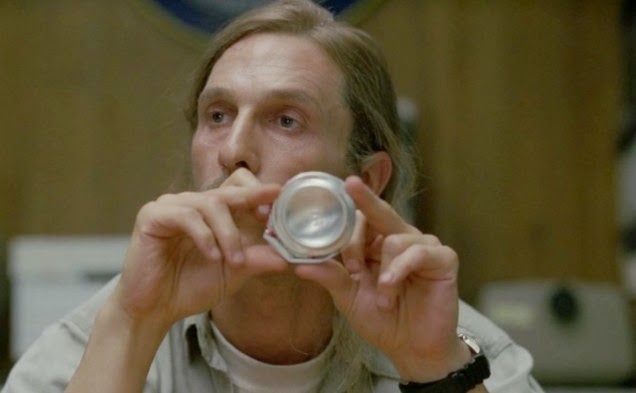 Time is a flat circle and I have a feeling I'll be writing about this again.