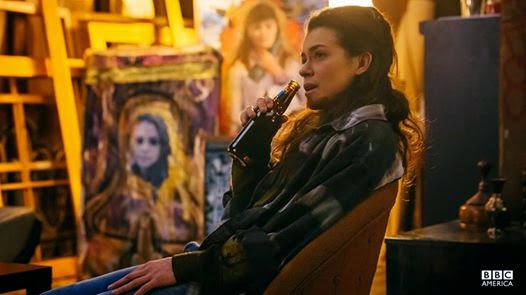 Oh, wait a minute, she's only eligible for an Emmy for her TV work.

And so was the stunt casting for Tatiana as another new clone.

That's right, I didn't like it.  To me it was a stunt and a self congratulatory one at that.  One only has to read the interview with EW to get a whiff of the hushed reverence that existed on the set that day when Tatiana came out as Tony.  (Read it here.)

Believe me, I don't blame Tatiana for this.  It's just another role to explore.  Another challenge.  To tell you the truth, I don't think it was one of her better efforts.  You want to know what she is good at?

My goodness she is a treasure. Yes, I can complain about Orphan Black and gush over Tatiana Maslany in the same blog post.

Geek Queen, Lesbian Warrior and Scientific Wizard all rolled into one.  That's what Tatiana gives us.

I'm sure I'm going to catch Hell for this post.  All I've read is the amazing and historical precedence the show took by casting Tatiana as Tony.  Let's not forget how courageous they were too. 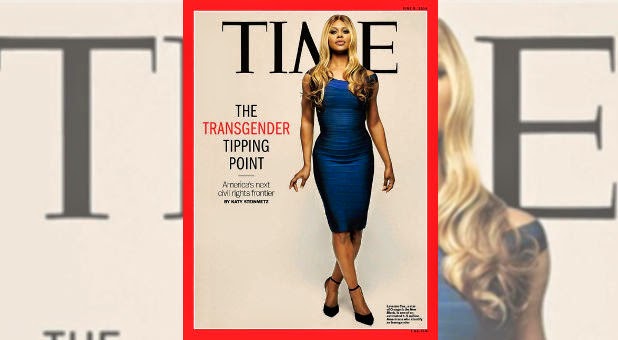 They certainly were topical.  A week after Time magazine comes out with their "Transgender Tipping Point" issue Orphan Black strikes gold with their own transgender episode.

I can hear the backslapping all the way to the Quiet Corner.  (That's where I live.)

Am I against Transgender issues?  Please, and hell no.  If there is one thing that fires up this Northeast liberal it's the Conservative backlash against Gay marriage, Immigration reform, Pay equality, voter rights and, oh God I can feel my teeth grinding right now.

(For you Conservatives, more reason to hate on this Blog.) 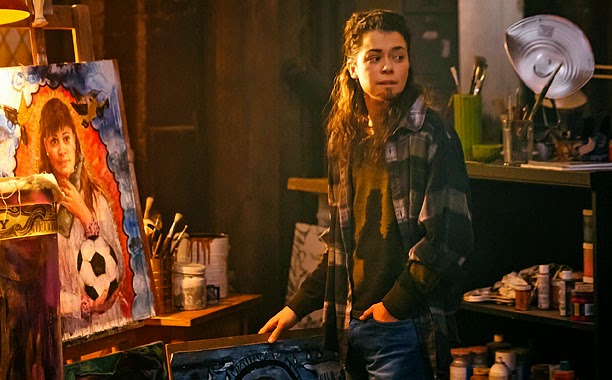 But for me this just didn't work.  I'd rather see Tatiana as a full on male clone.  One that was a worse failure than the clone Sarah turned out to be.  (She can conceive, boy, did that set Rachel off.)  I can picture the male clone version as a true horror.  (Something akin to Ripley from either Aliens Four or Five. Terrible to look at.)  Something pathetic and closer to the Elephant Man.  That would have set the viewing off.  See Game of Thrones for that sort of revolting plot development.

You can call me weird if you want but a little horror mixed in with your sci-fi can go a long way.

What else ticked me off about this episode?

Doesn't Felix deserve better than this?  Yes, we know Felix can be weak of the flesh and with a few pharmaceuticals or so.

To say he can't resist kissing his own sister just because she looks a bit like a man?

C'mon.  Felix deserves better.  For all he's done as Alison's wingman, Helana's baby sitter and Sarah's go to guy you'd think they'd give him a smidgen of a back bone.

What else got my goat?

With just three episodes left in the season everything is derailed just so OB can garner a few headlines.

What about the show's integrity?  Isn't there a mythology to pursue?  Aren't we getting closer to certain truths?  Isn't this a show about female empowerment?  Let's not muddle that please. 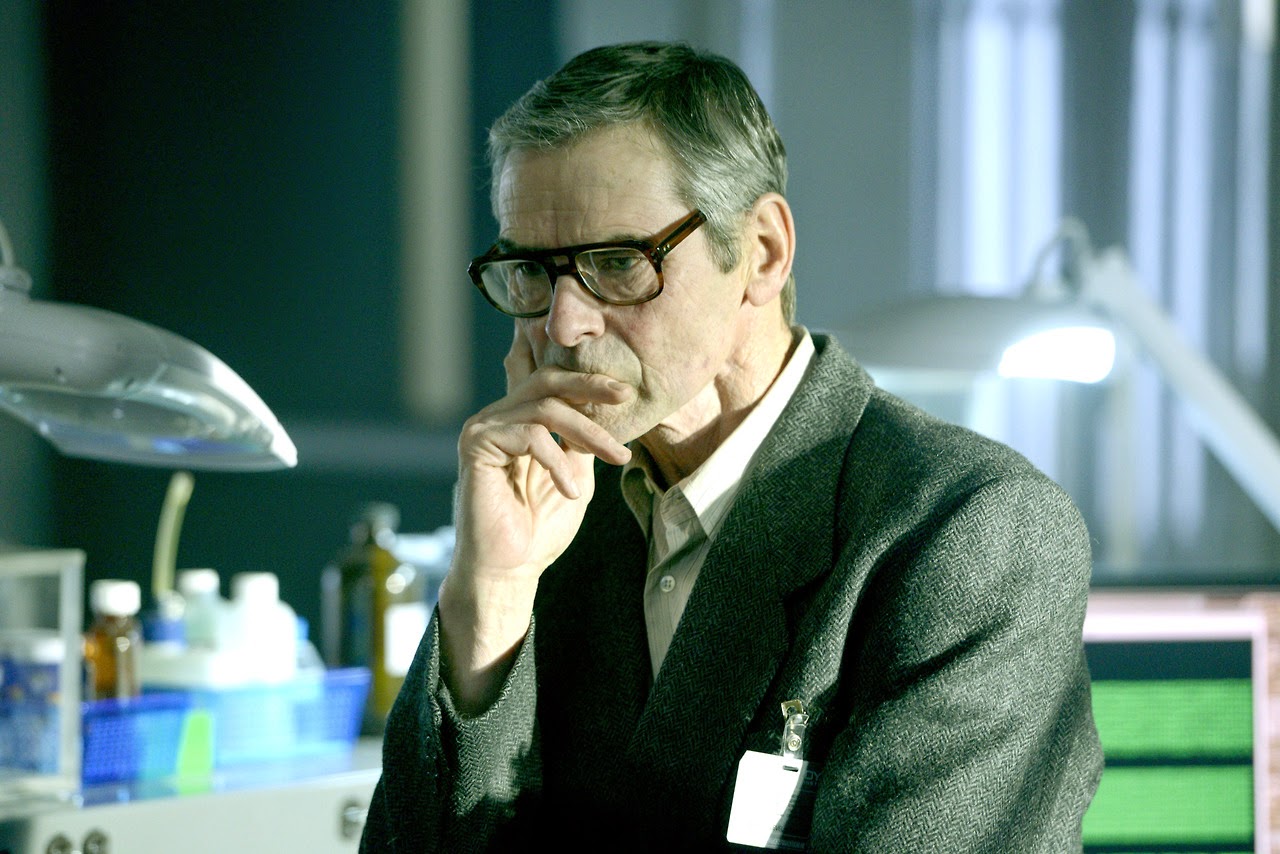 Take for example the new Ethan Duncan.  Not quite as simple minded as we first thought is he?  Perhaps my theory about him kick starting Dyad and the Proletheans isn't that far off.

I love how Ethan took young Kira under his wing.  This is what I mean about mixing horror with sci-fi.  Not only did Duncan read passages of "The Island of Doctor Moreau" to the child but she has taken to reading his scientific musings in the margins of the book.

We all know Kira is special and she has a fecund mind.  Imagine what she will do with the Gothic horror of Moreau and the ravings of a cloning geneticist.

Now that is gold. 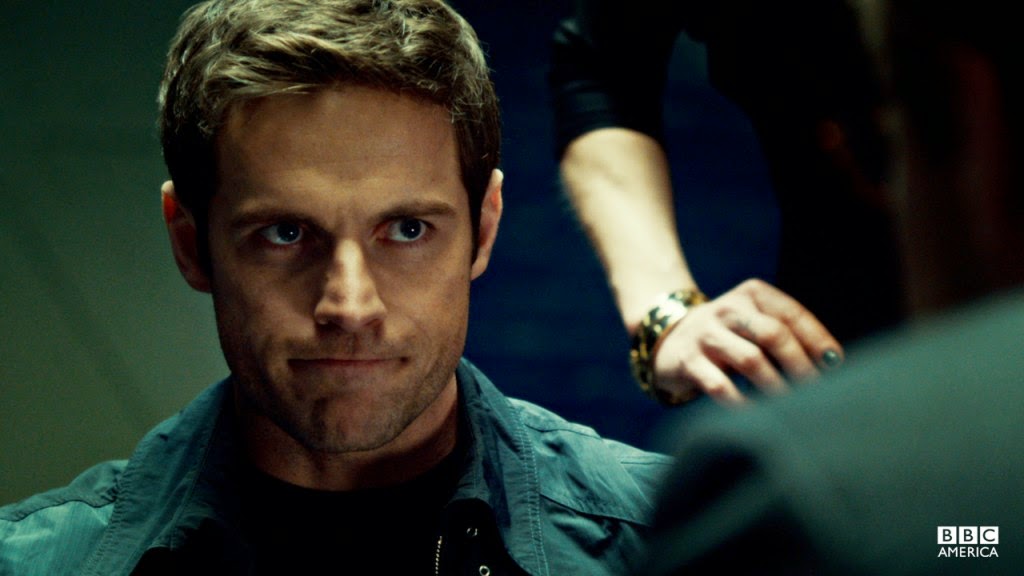 I'll you what else I dug, we are inching closer to the mystery behind Paul.  If there is one thing the whole Tony line was good for it was finding out from Tony's ex-military monitor that Paul is a "Ghost."

This connects several threads.  It weaves in the whole military angle that started out the Clone funding.  It leads to the leverage that the Dyad Institute and Rachel has over Paul.  It may explain why Siobhan characterized Paul's work in Afghanistan as being "for naught" if the truth comes out.  It also explains Paul's acumen for picking out Mark as ex-military.

Paul is a "Ghost" as in the most secretive form of a modern day military special ops warrior.  The best of the best.  Both the good and bad.

More of this please.  If we find out what Paul was originally up to it may explain a lot of things.  Surely Dylan Bruce gets second billing in the credits of this show for a good reason.

Oh well, there is an angry mob at my door.  I dissed Orphan Black and their "courage."  Sorry Tony, no hard feelings.  Don't let the door hit you on the way out.

Ouch!  Was that a pitchfork in my back?