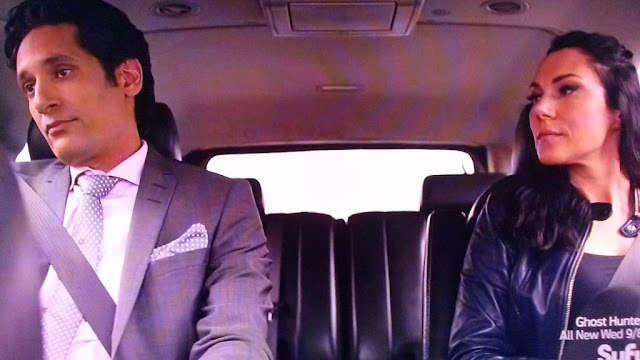 Isn't that the key to a safer future?  (There was a lot of "key" talk in this episode.)  And don't you wonder if its Vasquez's job is to keep him alive until Matty is no longer needed then she is to bump him off so he can't screw anything up?

I know what you're thinking, if she kills Kellog now, how can he be alive in the future with his new kidney?  I think Curtis let that genie out of the bottle when he said there are several coexisting versions of the future (I didn't think they were going to go there, so complicated) and naturally he is in tune with all his future selves.

So, all this means I was right about Kellog not being able to trust his future self.  Future Kellog does have an agenda.  And I guess future Kellog is from a different timeline and he just needs to harvest a kidney from any of his other selves.

All this talk about different timelines could be just a red herring.  I mean, we all know the future has been remade different times but to have several of them coexisting at the same time is a new angle.  That's the part I believe to be a red herring.  If not, I suppose it could supply a narrative that makes for a different ending for everyone.  Perhaps even the one that they choose.  I'm not so sure this would make the viewing audience happy but there it is. 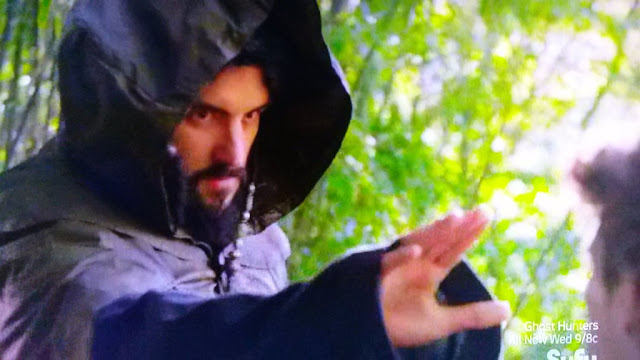 Speaking of narrative devices here's one that I don't totally agree with, "The Magic Touch."

How convenient for Alec to be able to converse with his future self and iron out the wrinkles in time to make for a better future. 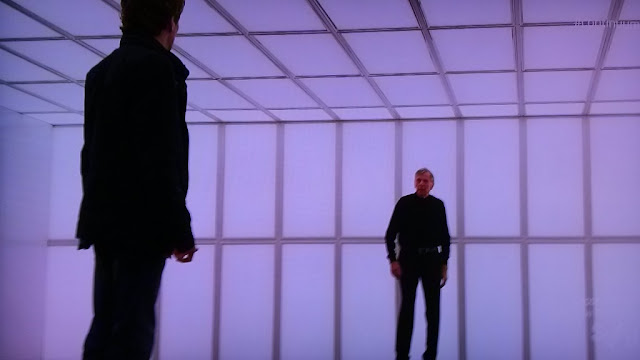 Alec was also offered a glimpse of the future machinations that will lead him to some sort of end point.  It helps to have a Genie to provide you with valuable insight into making things right again.

Alec saw visions of the time device, Kagame, a lucid Jason and himself sitting at his Sadtech headquarters. 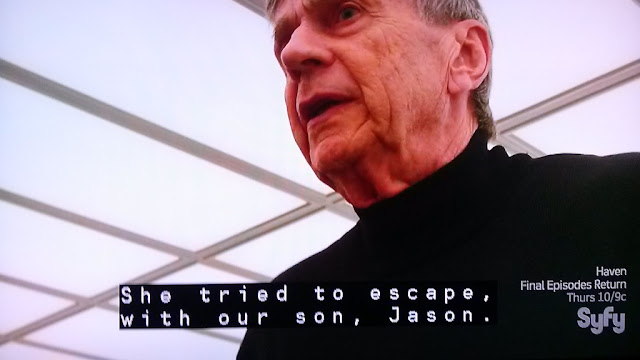 These visions coupled with the knowledge of Annie taking her own life to escape the awful future "future" Alec created was quite a wake up call. 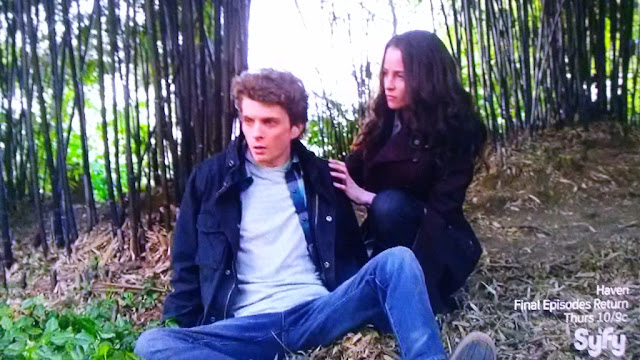 And here he waking up.

Now Alec has renewed vigor and is confident in what he has to do in order to save the future and his life with Jason and Annie.  But hold on now.


Who The Heck is Annie? 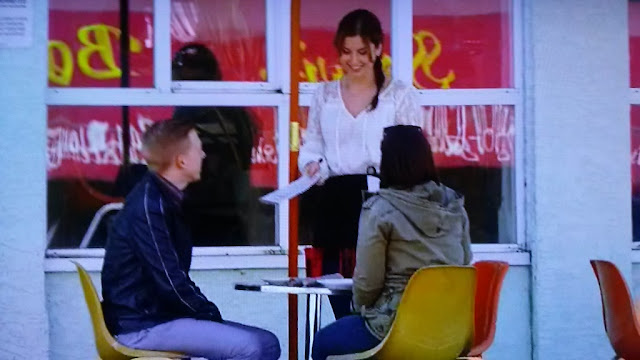 She's the waitress that serves up a killer slice of pie.

I still don't completely trust Jason.  But I wonder if he's from a different future that split off from the present and he ended back in the Alec/Kellog timeline where he really doesn't belong.

Are we to seriously believe the show invested all this time with Emily and as Alec noted, someone he changed time for, only to chuck it all and pursue the safe Annie future?

Another herring as red as Annie's hair? 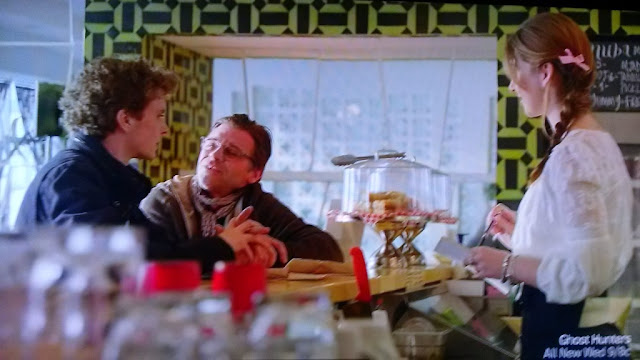 Jason referred to Annie as a key.  Maybe she is a key that unlocks a different future that the Traveler is more comfortable with.  Perhaps we are being led to believe Emily was the Traveler's mistake and introducing Annie will fix all that has gone wrong.

Annie serving Alec a slice of pie is also a metaphor for choosing a different future.  One that is more palatable.  Will Alec like the taste it leaves in his mouth as time goes by? 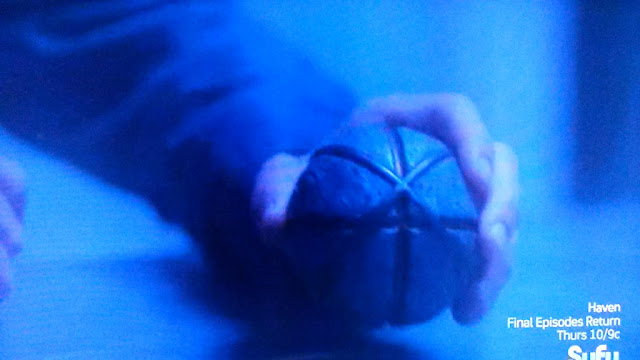 Part of Alec's vision was him handing the time device to Kagame as if to say the ball is in your court now. 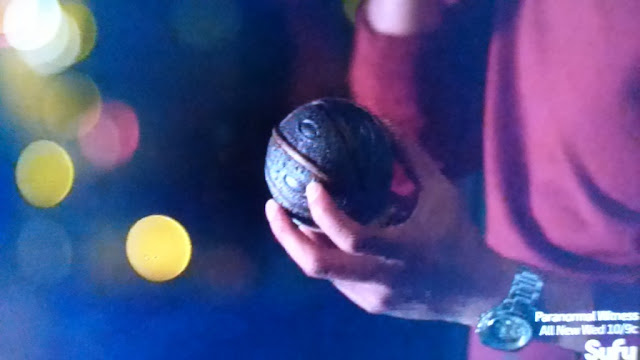 The ball is in different hands now and as Kellog noted he's not so sure he can trust himself with it. 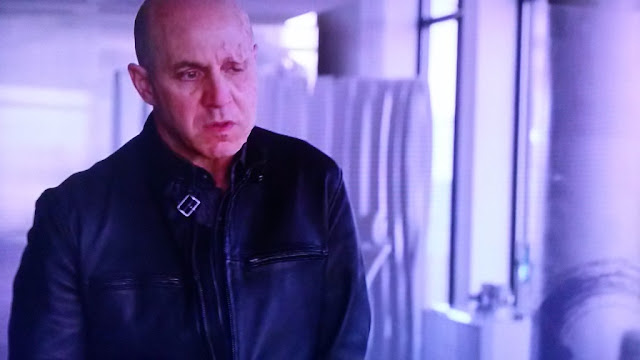 Dhillon complained he was the key to the lock Kellog was not supposed to open.  Hmm, If Kellog knows what the VPD is investigating will this lead to explosive results? 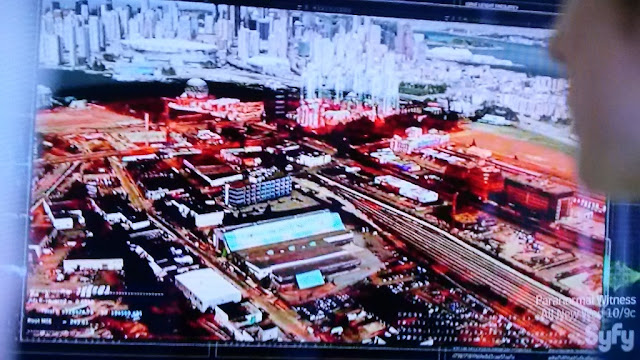 I was a little perplexed Alec and Kiera deduced the device Brad and his gang were working on was a fusion device that would destroy a good portion of the city.  For a pair of people so heavily invested in time travel you'd think their first reflex was to think it was a time travel device. 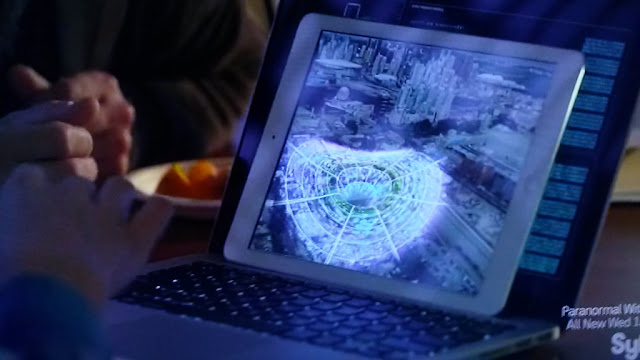 Leave it to Jason to come up with the right algorithm to deduce it was really a dedicated wormhole that leads to a specific point.  Of course this "time elevator" goes both ways and Alec tells Kiera this could provide the means for her going home. 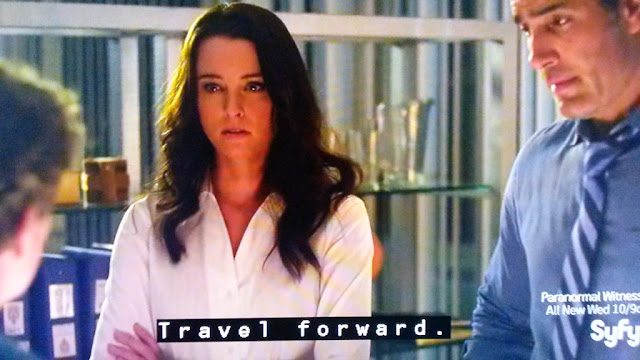 I have two problems with this.

1.  Can we really trust Jason?  Did he fudge his simulation to persuade Alec to accept this slice of the future?  (Not that Jason necessarily know what he is doing is wrong.  He could be a pawn of the Traveler or just convinced his Annie timeline is the right one.)

2.  If this is a dedicated wormhole then it leads to the crappy Kellog future where he needs his new kidney.  Shouldn't it lead to a future where Kiera returns  to Sam and she happy once again?  How can Alec steer the time elevator to a point at the other end where they are working on the same thing?  Isn't that, um, key? 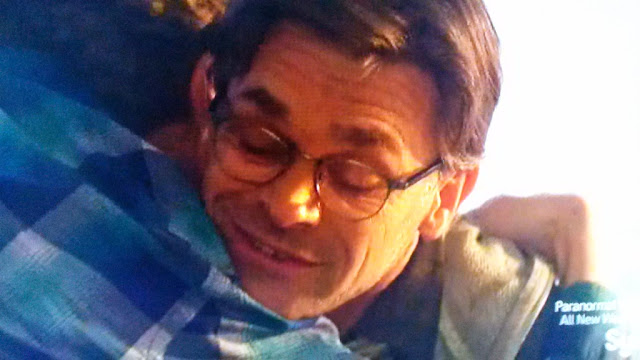 At least he got his hug that he and Alec had botched so badly earlier. 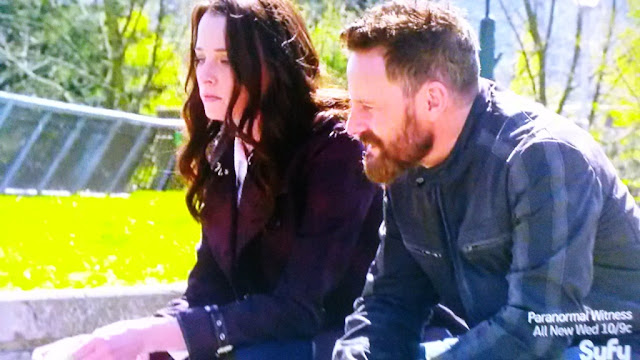 The gulf grows wider between Brad and Kiera. 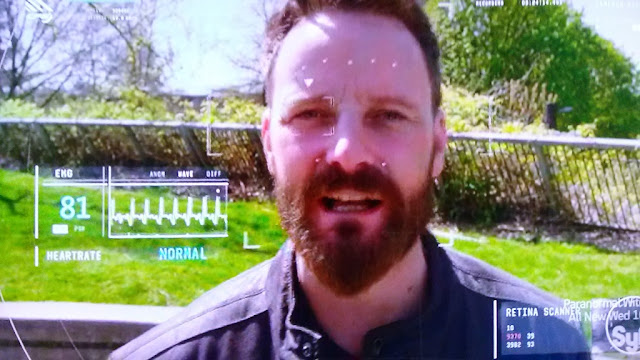 He claims to be doing everything to protect Kiera but she doesn't believe in him even though she knows he's not lying. 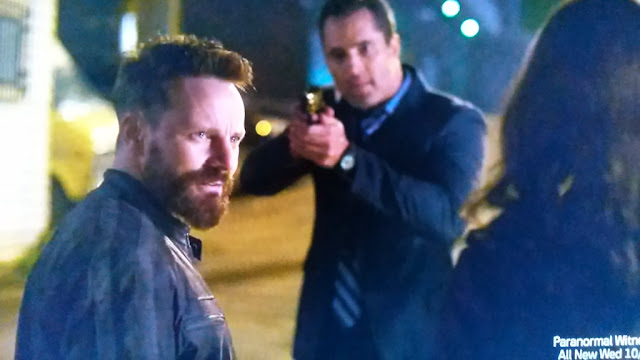 In the end she stands between Carlos and Brad and allows him to escape.

Perhaps that was a wise move.  Despite being conflicted by two different voices, Kiera knows Brad is still on the inside and she is rolling the dice he will do the right thing.

Actually rolling the dice is a good metaphor for the direction I'd like to see the show take.

No talk of fate or destiny.  No slices of time or different versions.  No insight provided by a magic touch.  I want these people to choose their own fate.  To make a choice in which they believe in and hoping they are doing the right by themselves and all concerned.

That seemed to be the direction Kiera was going in after he talk with Travis in the previous episode.   She realized what she wanted wasn't the be all to end all.

Sometimes you have to have faith in yourself and your friends to bring everything together. 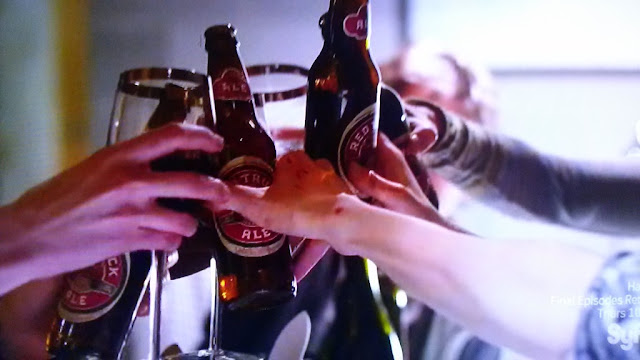