Who dies on Arrow? 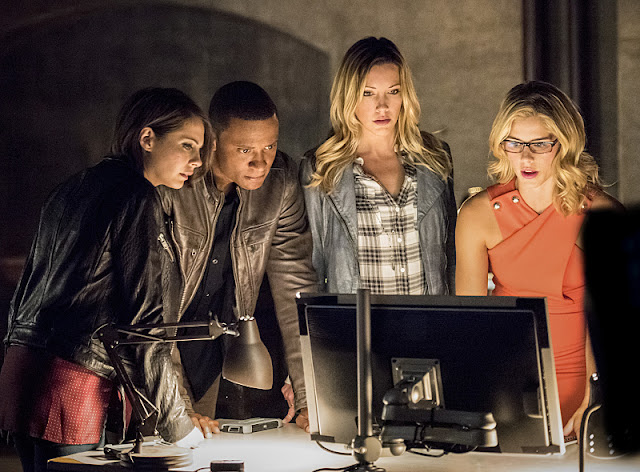 That was quite the scene that ended the premier for season four of Arrow entitled, "Green Arrow."  A maudlin Oliver Queen bent over a fresh grave consumed, seemingly, with regret more than heartbreak.  Suddenly, Barry Allen appears, offers his sincerest apologies and just as quickly disappears as the inconsolable Arrow refuses to lay blame.

The stark lesson learned here, even with two superheroes as a friend or ally, people still die.

So who lay in that freshly covered grave?  Here are the suspects. 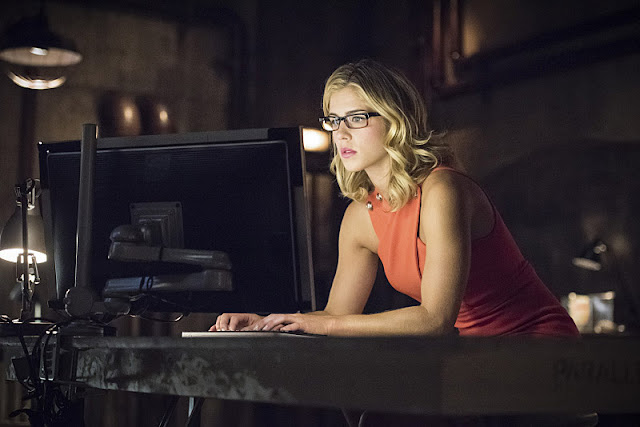 Buuuut, before we lament the slings and arrows of outrageous fortune, sharp eyed viewers have already pointed out Felicity's Jewish heritage and that was a decidedly Christian burial ground.

Aside from that, I have a feeling we'd get the near riotous reaction we'd get if Daryl died on the Walking Dead.  See apocalyptic. 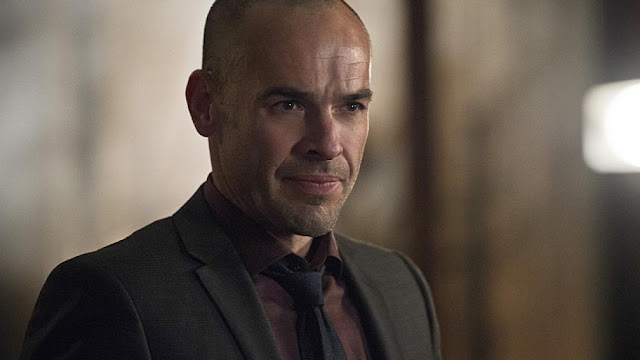 Here's a popular choice on the inter-webs, Quentin Lance.

We know he is in bed with the devil that is Damien Darhk.  Any break with Darhk could cost him his life.  Furthermore, any heroic stance he would make against Dhark in order to save Laurel and her group would make his life forfeit and further the anguish of his passing.  TV loves anguish.

So why don't I think it's him?

Wouldn't Laurel be the last one to leave his graveside?  Even if she was so angry with Oliver and stomped away in disgust you'd think Oliver would preempt such events by having the decency to leave Laurel to grieve in peace.  (With a surprise visit from the White Canary.)

No, I don't think it is Lance. 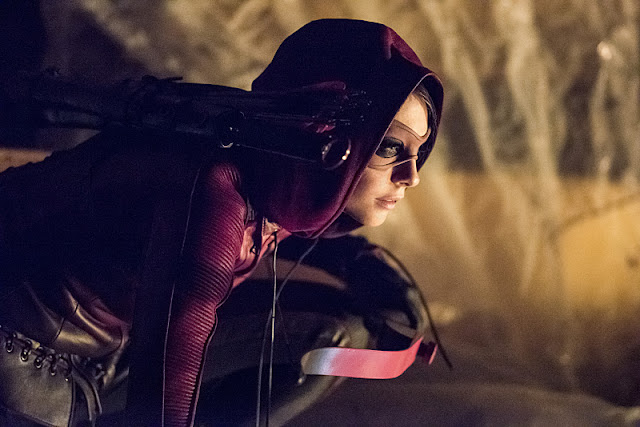 "If only you knew the power of the dark side."

I think she knows.  Did you see that beat down she gave that one thug?  I'm pretty sure she drew her blade to finish that guy.  If it wasn't for the quick intervention of the Arrow he'd be dead.

So the premise here would be, with Thea's resurrection from the Lazarus Pit and the lure of Malcolm's siren call, she becomes so irreversibly evil that there is no saving her.  Her downward spiral so great that even her brother couldn't stop her.  (Or maybe he did. Yikes!)

Still I think not.  Kill off another Red Arrow?  (Okay Roy isn't dead but he is gone.) I just don't see it.  Wouldn't it be a better story if Thea did go dark and they spend the season saving her? 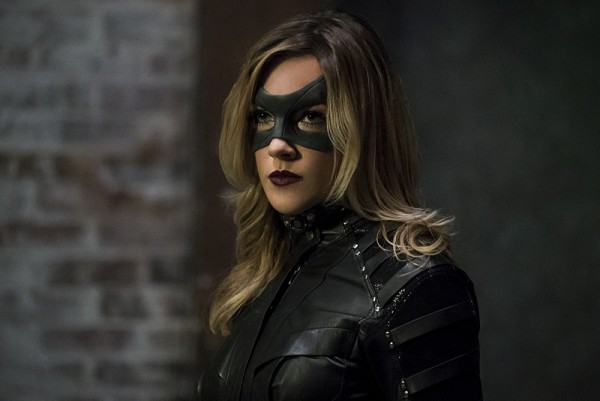 Seriously, you develop the Black Canary character and then kill her off?  Well, maybe.  Nah, I don't buy it.  You need that love hate relationship between her and Ollie.  Plus, you need a reason for Quentin to blame everything on Ollie and what better center for that than Laurel.  Is she a risk taker?  Yes.  Is she untried and a little green?  Sure.  Is she going to be killed off.  No.

Who does that leave? 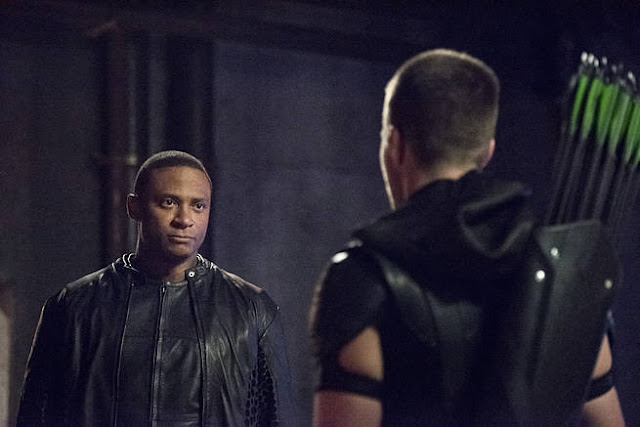 Diggle is a man that has been wronged.  His best friend, the man he trusted the most, endangered his family.  In his absence, Diggle sought to carry the mantle of the Arrow.  Save the city, fight the good fight, protect his family.  Now the Arrow has returned.  I'm sorry, The Green Arrow has returned. Diggle couldn't quite fill the quiver and now that the city is on the edge of forever, er, I mean darkness, the Arrow will finish the job Diggle couldn't

Diggle has always sought to do the right thing.  He is a decent man beyond reproach.  Yet, he is a man in pain.  The sting of Oliver's deceit still cuts deeply.  This wound is exacerbated by the mistrust that lingers between the  two men.

I feel this is a wound that may never heal.  Diggle's distance from Oliver may push him to greater risks and his wounded pride forcing him to go it alone.  When the time comes when Dig needs his friend the most the gulf may be too wide to span.

And John Diggle may die.