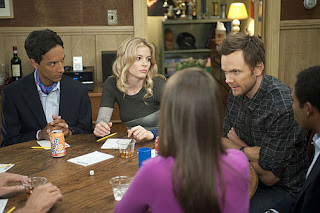 Time Magazine has listed its best TV shows for the year 2011 and cruising in at number 8 is the much beloved "Community".  James Poniewozik, who compiled the list, actually listed the episode "Remedial Chaos Theory" as number five out of five overall.  I wonder if NBC, who's considering axing the show, is listening to all of this?

If you are a fan of the TV series Fringe this episode will hold a special place in your heart.  Here's how Poniwozik describes that episode.


"A housewarming party played out in seven different timelines, whose events changed radically depending on which character left the room to get a pizza.  The intricately constructed narrative showed, by subtraction, what each person contributes to the dynamic -- and thus what makes Community a community."
Shades of what is going on in the new Orange timeline of Fringe where Peter Bishop was deleted from existence only to be reintroduced as a stranger.  Poniewozik goes on to describe his reasons for choosing Community overall.

8. Community
Community is television's first Cubist sitcom. Like the still lifes of Picasso or Braque, it starts with a simple tableau: a set of friends/acquaintances/nemeses in a community-college study group. Then, episode by episode, obsessive creator Dan Harmon rearranges its component parts to play with perspective and create a picture truer than real life. Yet Community is not some high-art experiment but hilarious, good-time entertainment; it both defies sitcom formulas and lovingly embraces them.

As a fan of both Fringe and Community I'd hate to see either of these shows cancelled.  It takes a certain amount of courage to strike your own path in television these days.  Sometimes it seems that network TV is only satisfied in feeding us mind numbing pablum consisting of pseudo celebrities embarrassing themselves on an international scale.  Hopefully Fringe and Community can survive being kicked off the island of dancing idiots.  I can't be the only one watching. 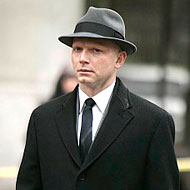