Sleepy Hollow - The Boy Must Live

As many of you  that read this blog know I am infinitely curious as to where a certain show gets it's inspiration.  This past episode of Sleepy Hollow was a bit of a smorgasbord when it came to finding the spark that led to the illumination for the "John Doe" story. 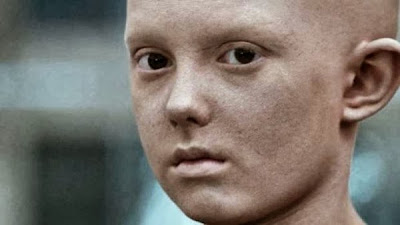 Take the story of "Thomas" from the lost tribe of Roanoke.  A boy snatched out of time and thrust into an unknown world where he depends on the kindness of others to survive yet holds the secret to everyone's survival.  Shades of the Observer boy, Michael, from the now classic, Fringe. 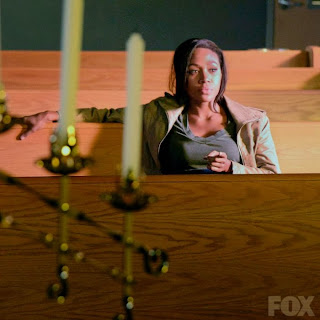 Or how about Abbie's test of faith?  Yes, it is reminiscent of Walter's own struggles with God but I think Abbie's labors are more closely tied with those of agent Dana Scully from the equally classic X-Files. 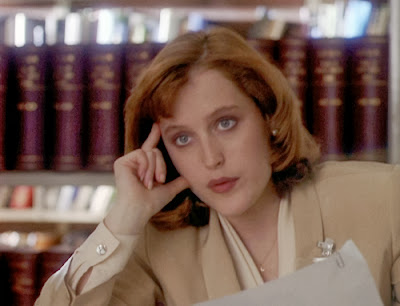 Scully was often the voice of faith and it was sorely tested.  How many times did the man of science, Mulder, question Scully's faith?  Now with Ichabod Crane we have a man that relies on faith born of his circumstance that is often appealing to Abbie's reason in order to question her skepticism.  Like a good TV character, Abbie sought out God and looked for a sign.  (She got one, more on that later.) 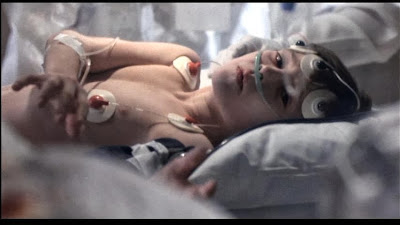 Did anyone else get an "E.T." vibe from this past episode?  Do you suppose the child Thomas was the named after the actor, Henry Thomas, of E.T. fame? 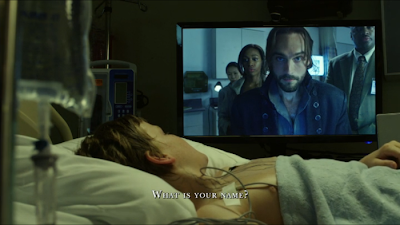 The  scene where Thomas is isolated from the rest due to his mysterious illness is almost dead on from E.T..  Lots of plastic curtains, medical equipment and a boy struggling to survive.

While we're at it, take a closer look at the above image.  It shows Ichabod speaking to the boy via a TV  monitor.  It's quite similar to the theme of the show where the principles are speaking to each other across dimensions, from beyond the grave or simply through a mirror.  I hope they meant this scene that way! 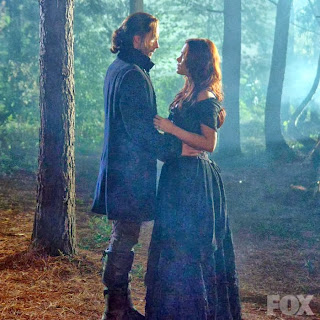 Let's back to Abbie's test of faith and how it was tied into the rest of the episode.

Land of Goshen we finally have a Katrina sighting!  For someone that is fourth in the opening credits she's had very little screen time.

It seems Ichabod could communicate with Katrina once he came close to death himself.  Kat tells Ichy she is being held in a purgatory of sorts that is ruled over by Moloch.  This storyline runs parallel to the storyline of the Roanoke "survivors". 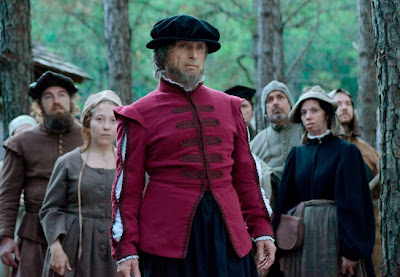 As we are to find out later, the good people of Roanoke are living in a ghost world that Thomas abruptly came separated from.

So let me get to my conundrum.  Am I to understand that the Apocalyptic rider of Pestilence forced Thomas from his ghost world in order to gain access to ours?

How does this jive with the purgatory world of Katrina lorded over by Moloch?  Are they seperate planes of existence?  Why doesn't Moloch deliver the Pestilence rider? He holds dominion over the Headless Horseman right?  Or are they just in league with each other but operating separately?  Thanks to Ichabod's explanation, we find that the Roanoke people are really dead.  Are they in Purgatory or a different plane of Purgatory?

Abbie's appeal to God for a sign led her to the baptismal healing powers of water.   So is the purgatory of the Roanoke spirits different from Moloch's?  Does Moloch's purgatory exist outside that of God's dominion?  When the water of the well was used to "save" Thomas the town vanished.  Were they released from God's purgatory to find their reward thanks to Abbie or do they still exist there but are now separated from the world of the living?  If it's the former, I hope so.  It seems so since the Pestilence rider vanished once Thomas was healed.

I'm not sure I've explained my conundrum fully.  Perhaps you the readers can provide more insight into the duality of these two after-life's.  Hmmm, if Crane was close to death why was he allowed into Katrina's purgatory? Was it her magical influence over him.  Did that influence trump Moloch's or did he allow it?

Ugh, enough, you people give me your thoughts.  I feel like a snake chasing it's own tail!