Almost Human takes on the serious subject of racism. 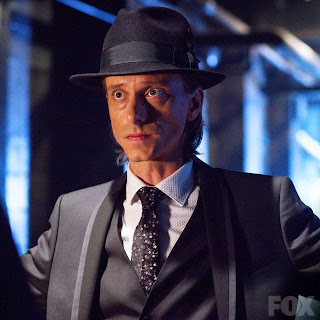 Rudy Lom nervously passes some gas when confronted by the bad guys.  Yes, Almost Human did  a fart joke.  I think I did a double take and thought to myself, "Did he just fart?"  Yep, he did.  Here's what the gang behind  Almost Human said about their sense of humor.

"With something like 'Almost Human,' the challenge of creating something that feels new is not in even the case of the week, or the look of the world. It goes down to how do these two interact. There's some really funny and sweet exchanges between these characters as the relationship develops. That is what's taking you through the event."

"It seemed to me that there was a huge potential for fun, for comedy. What I realized was at the heart of the show, both these characters are learning from each other. They're learning about what it means to be human, and that was really quite an interesting and exciting concept."

And from Mr. Wyman himself,

[Fringe was] heavy at times for me. This is lighter, more fun, I'm trying to make it a little bit more of a fun pill.

Okay, I get it, Almost Human is hilarious.

Please don't tell me your show is funny, I can figure it out for myself.

Was it funny when the android head called Rudy a male anatomy part?  Yeah, a little.  But I wouldn't take that jive from something that doesn't even have that part yet.

It's a little too bad that AH is forcing it's humor a bit.  Humor is at it's best when it is subtle and takes advantage of timing.  That's when you know it is pure.

What is also too bad is that Almost Human takes on some very serious subjects and exposes them for what they are but sometimes they get lost amidst all the hilarity.  In these pages I've written on how AH exposes the pain behind objectifying women and even worse the subject of slavery.  Recently, I feel, they imbued Dorian with a possible state of depression.  I hope they aren't afraid of exploring this further.

Last night it was racism.

I know what you're thinking, "Calm down Dave, don't take it all so seriously."  I'm not, but I believe in giving credit where credit is due.  One of these days Almost Human is going to devote a full episode to the taboo subjects they explore.  Until then, we'll have to settle for the odd and ephemeral references here and there. 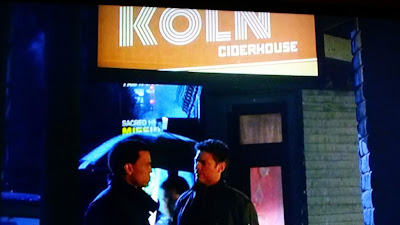 If you blinked you may have missed the reference to racism and the agony it caused African Americans, especially in the modern era of the fifties and sixties when civil rights was at the forefront of American society.

In the scene above which comes at about the 25 minute mark of the hour long time run, Kennex tells Dorian he has to wait outside before he goes into a bar because they don't take kindly to Androids in there.  He may as well be telling him to go around back and use the kitchen entrance because that's where people of color are supposed to enter.

There is no mistaking this quick tableau.  When you tell a Black man he is not welcome somewhere because of he is of  a certain type, it is racism.  Just because they substituted "Android" for Black doesn't mean they don't know what they are referring to.

I say good for Almost Human.  Once again they pointed out how Dorian is different.  In their  future world it may be "post-racist" but that doesn'tmean we shouldn't read between the lines and realize they are once again shining a harsh light on today's society and forcing us to look into the mirror.

Like I said, one of these days they won't be so subtle and the hammer will come down and force us to confront the wrongs of today's society.  Perhaps they are slowly working us into it before they come up with some apocalyptic episode that people will be talking about for weeks and months to come.

I look forward to that day.

Until then, fart and prick jokes will salve our uneasy collective conscience. 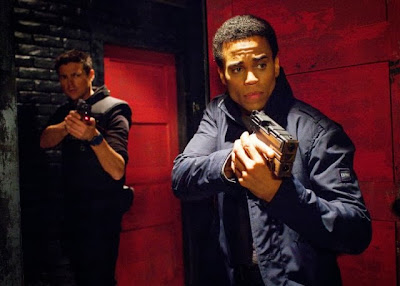 There was a ton of TV and movie salutes in this past episode.  So many so that I will have to devote a separate blog post to them all.  Look for it soon. 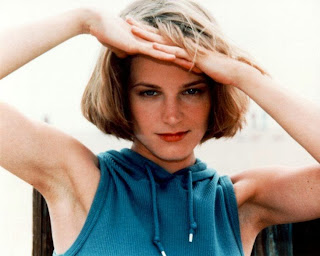