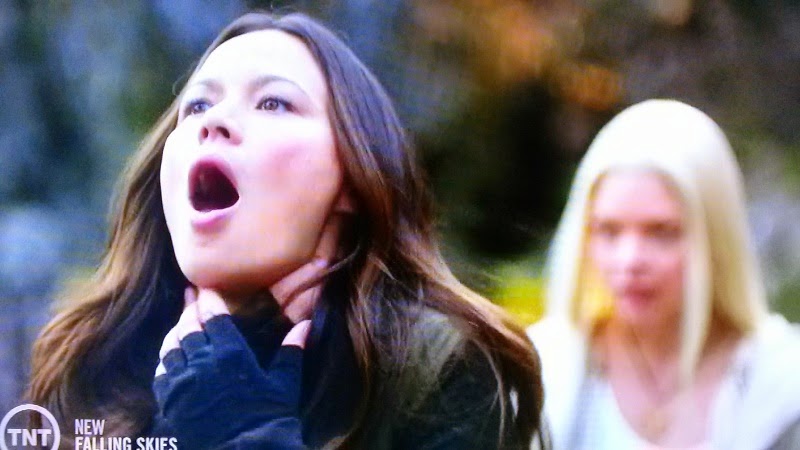 The last episode of Falling Skies was entitled, "Mind Wars".   I guess they want to draw attention to the strangle hold that Lexi has over her mother, Anne, both literally and figuratively.  Lexi continues to evolve and her mental powers not only involve summoning weather related incidences but telekinetic outreach programs too.

Lexi continues to become a central plot point figure and the "mind wars" encompass how everyone is drawn towards her.  From Hal and his group to Tom and his small band and the already arrived 2nd Mass.

Perhaps the people behind Falling Skies want to exemplify this point by relating all of this to their "Mind Wars" title.  To me, the episode could have been named, I don't know, Family Affair, because I thought it dealt more with the issues of the families involved and how the coped with the terrible hands they've been all dealt.

We may as well start with the Lexi and Anne family dynamic.  Despite all that Lexi has done to Anne her mother continues to forgive her.  Even up to nearly throttling her.  Perhaps this is the Overlord influence over Lexi.   Maybe Lexi can't control that aspect of her nature.  You'd think Anne would learn to steer clear of Lexi or at least not press her Espheni related buttons.  But the bond between the two is apparently beyond that.

The other side of this little family circle is the bomb that Lexi dropped at the end of the episode when referring to the escaped "Monk" Espheni who is, and I quote, "Also my father."

Well, I thought that revelation went over with a thud.  No big surprise there given some of the flash back scenes we've seen involving Anne and the Espheni umbilical.

It does beg the question if we should take Lexi literally.  I always assumed that Tom fathered Anne's child and that the Espheni manipulated the pregnancy to suit their needs.  I suppose now we should consider Tom out of the picture as the Dad and "The Monk" as the true dad

However, Lexi isn't exactly a reliable witness.  She's often confused and prone to throwing immature tantrums.  Trustworthy she is not. 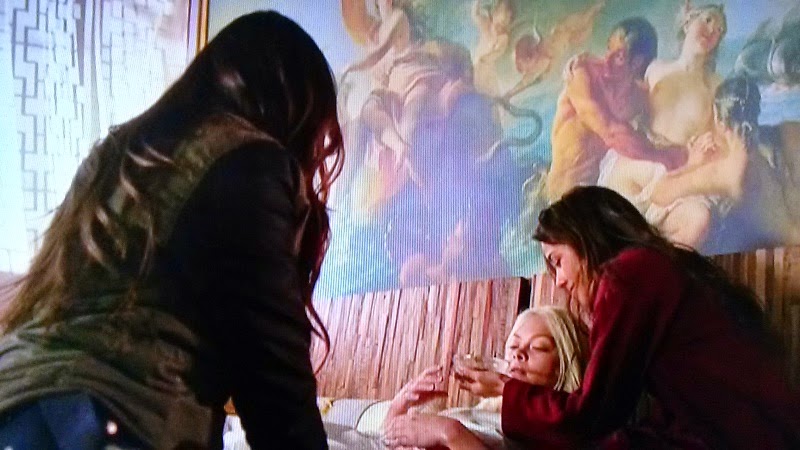 Case in point betraying her mother and conspiring with Lourdes to set the Monk free.

I still think Tom is the father and the Espheni manipulated the pregnancy.   But if the Monk's plan is to work, doesn't that mean they have to find a large number of pregnant human females?  Do they have a "Farm" set up for that too?  Creep alert. 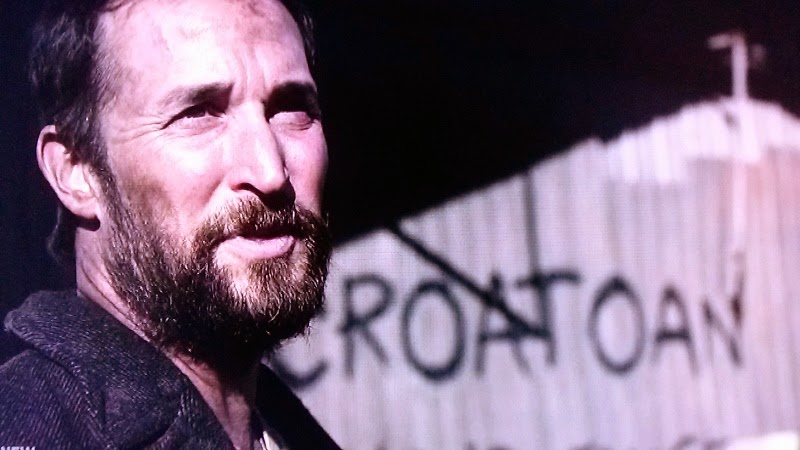 Speaking of Tom, the real dad is aswirl in family urgency.  The bond between Tom and Hal is such that they can read and interpret each others thoughts.  Not literally of course, but their relationship is on such a plane that are basically A and 1A to each other.  It's good to have an executive officer eh Tom? 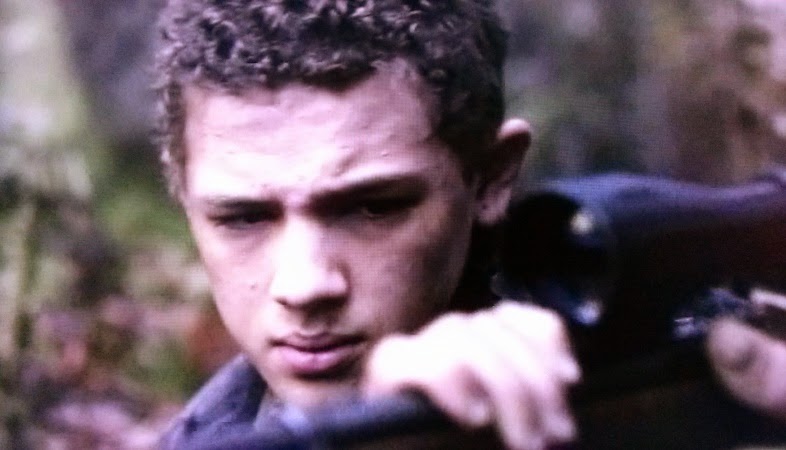 Matt is different case.  At the beginning of the episode Matt stayed Tom's hand from killing the rabbit.  Compassion still burns in the heart of Matt Mason.  Or does it?  When Tom is taken by the brothers Nick and Coop Matt turns into a war child.  Maybe the programming at camp Espheni had byproducts no one was aware of.

Thanks to a fatherly talk from Weaver, Matt is pulled back from the brink.  I think everyone was taken aback with Mat's lust for revenge.  Somehow, despite the recent loss of his daughter, Weaver was able to sum up the internal fortitude to provide a lesson for Matt.  Killing isn't that easy and you'd better be sure when you pull that trigger you're the same person you thought you were before. 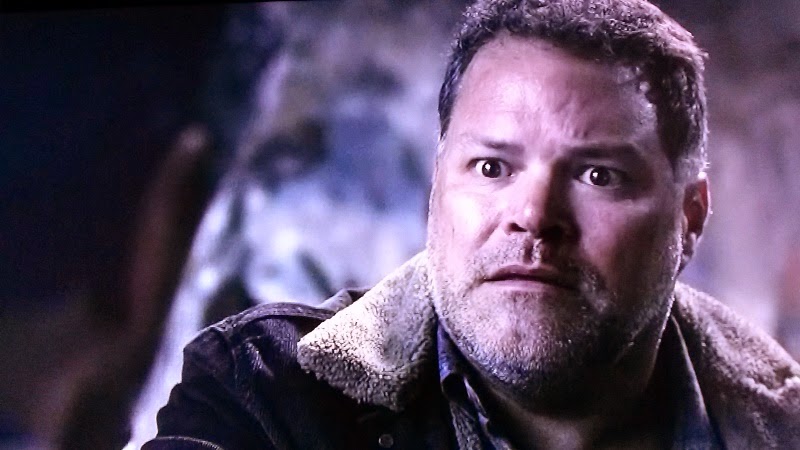 Being honest with yourself is a big part of that.  Brother Coop found that out the hard way.  He couldn't bear to think his darkest thoughts after the escape from the Skitter farm and for his part, brother Nick  couldn't be truthful with Cooper.   This dishonesty was bred from Nick's cowardice and to some degree it fed into Coop's.

What a fractured and pitiable family dynamic.  Two brothers on the run from the enemy and from themselves.

Tom followed with just as  stirring a speech as Weaver gave to Matt.  Brotherhood isn't defined as much by blood as it is the willingness to sacrifice for each other.  The true nature of family isn't just your relations it's the people you trust with your life.  No wonder Weaver is so important to them all.  BTW, the writers missed a golden opportunity to have Tom call Dan his brother.  Oh well. 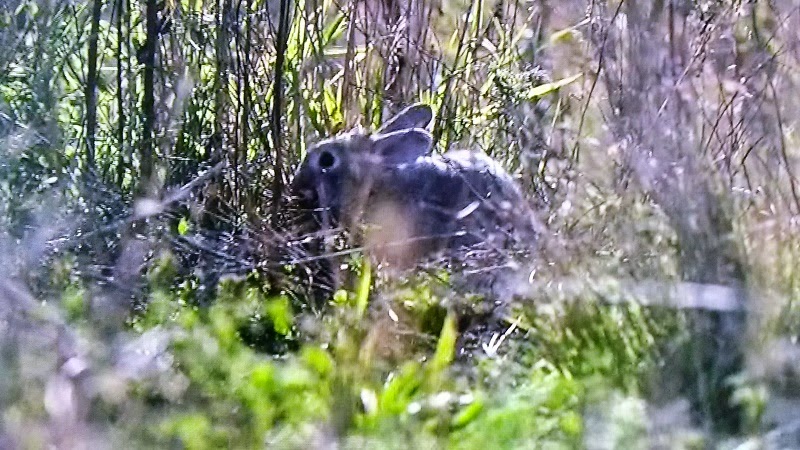 Didn't Tom read Alice in Wonderland?  You shoot the rabbit you won't be able to follow it down the rabbit hole.  C'mon Tom where's your sense of adventure.  I guess it's been a while since yoy watched sci-fi TV.  Rabbit imagery is everywhere. 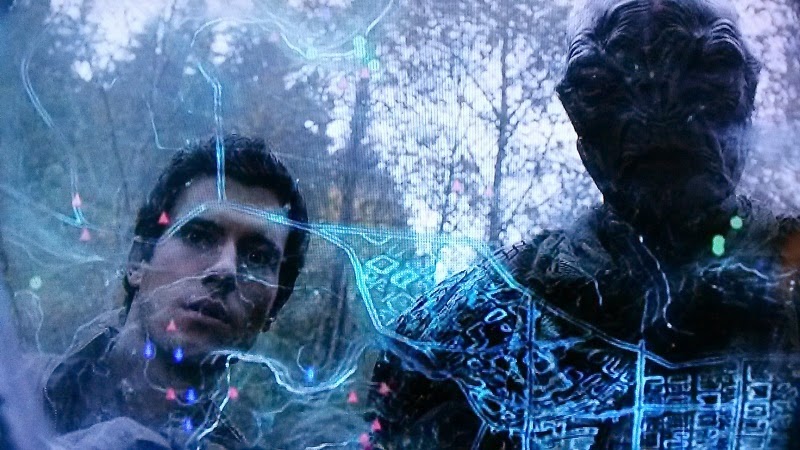 This was cool.  Plugging into the Esphni network was neat and the graphics they used to portray it must have cost them a bit.  I liked it.  Hal finding the best route to Chinatown?  Careful what you wish for! 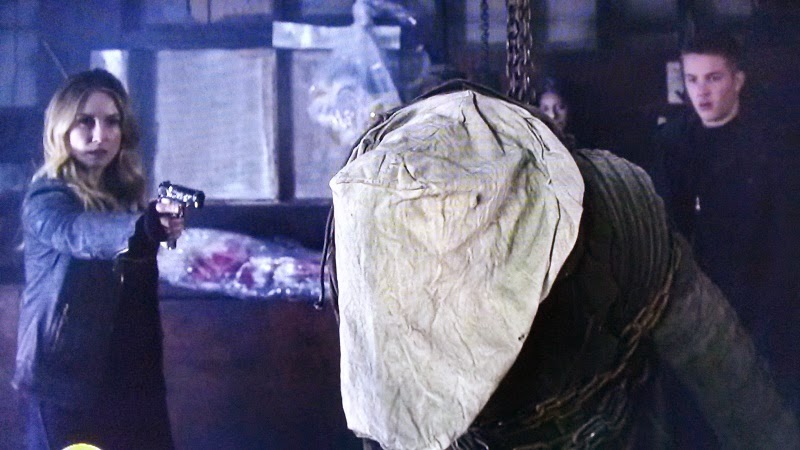 I couldn't help but think of the movie "The Elephant Man" when I saw The Monk with the sack over his head. 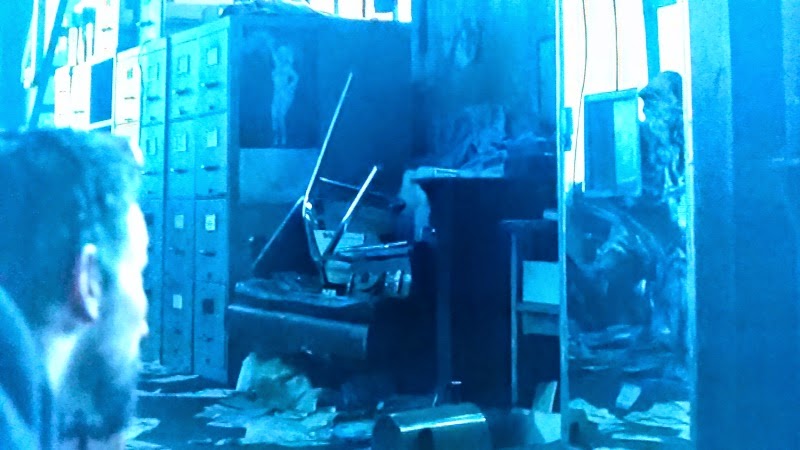 Speaking of movies, we had a "Jurassic Park" moment when Tom caught sight of his predators in a reflection. 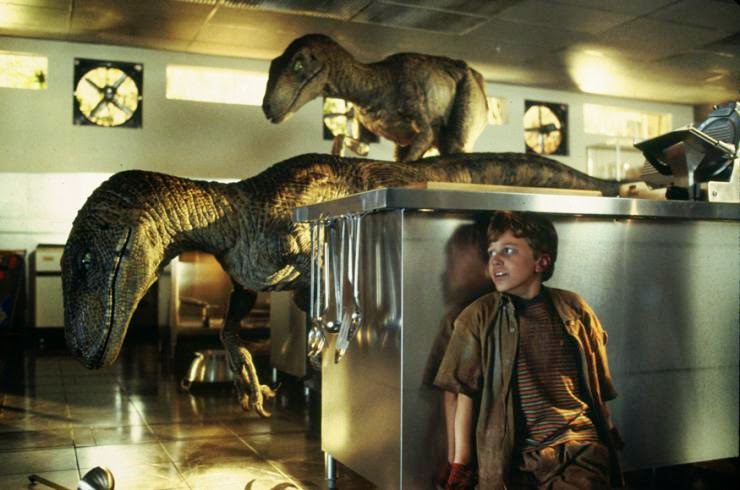 The kids were able to fool their hunters as did the Masons.

So the episode was a nice family affair.  We've seen it before but I think the freshened it a little here.