"Cry Havoc and Let Slip the Dogs of War" 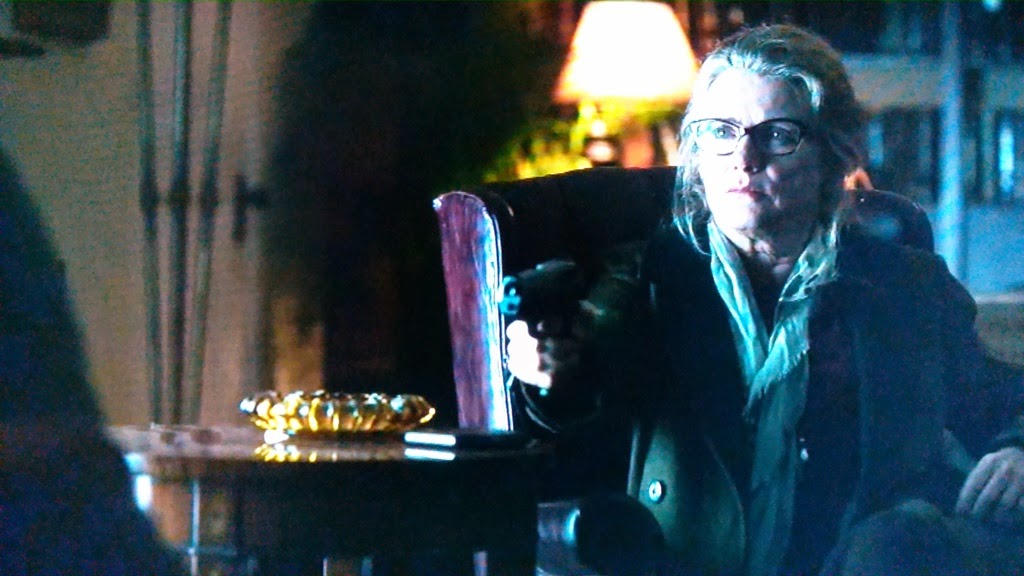 See that? Foster and Jones aren't the only ones that can quote Shakespeare.

When Foster and Jones sat alone, presumably to reach a detente, they both quoted Shakespeare's 19th Sonnet.

Devouring Time, blunt thou the lion's paws,
And make the earth devour her own sweet brood;
Pluck the keen teeth from the fierce tiger's jaws,
And burn the long-lived phoenix in her blood;
Make glad and sorry seasons as thou fleet'st,
And do whate'er thou wilt, swift-footed Time,
To the wide world and all her fading sweets;
But I forbid thee one most heinous crime:
O, carve not with thy hours my love's fair brow,
Nor draw no lines there with thine antique pen;
Him in thy course untainted do allow
For beauty's pattern to succeeding men.
Yet, do thy worst, old Time: despite thy wrong,
My love shall in my verse ever live young
The last two lines of the sonnet are particularly poignant in that both Jones and Foster lament the loves they have lost.  But as the sonnet tells us, at least they will live on in verse or rather the hearts and memories of those who hold them dearly. 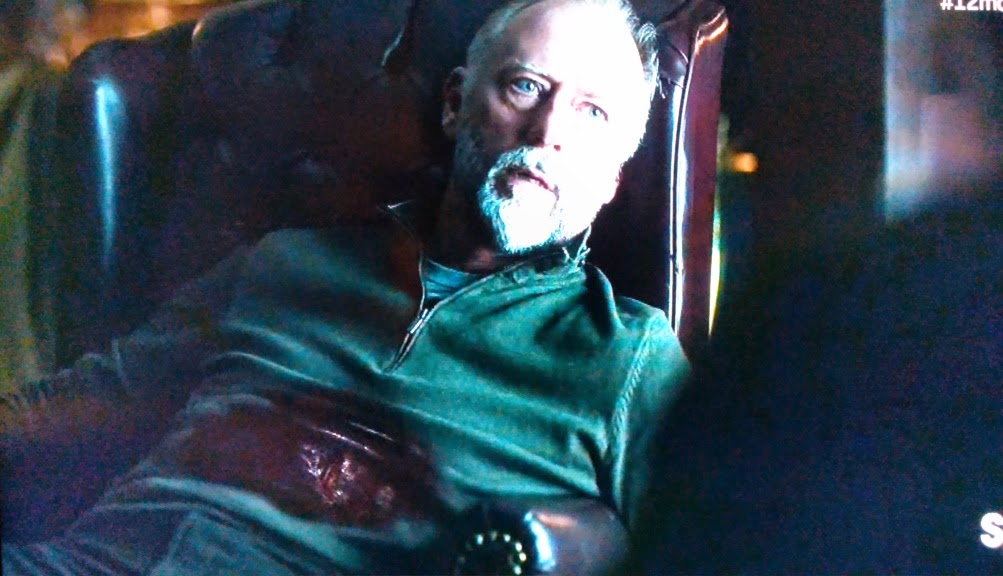 Jones put a hole in that notion when her inner Marc Antony put aside the conventions of civilized behavior and the "dogs of war" were allowed to run amok in the hallways of the Spearhead compound.

I have to admit, as big a fan that I am of Jones, her brutal solution shocked me.  This was the woman that embraced all that was great from culture and civilization.  She even lectured Foster in their previous meeting that they could have it all again.

Foster retorted they could still have these things as long as they lived in their memories.  It seems he miscalculated Jones and the depths of her despair.  (I squirmed when Foster invoked the memory of Katerina's lost child again.) 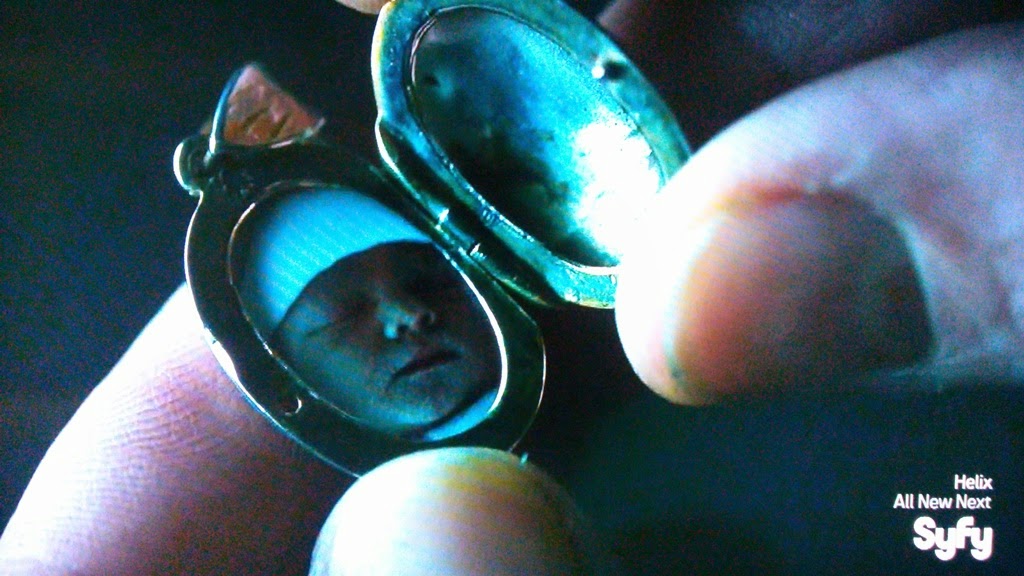 As we learned later on, the fires of that despair burned far greater than Foster realized.

As some of you know I have a theory that I call the "Hannah Timeline."  It has some flaws but basically it entails the solution to saving the future is only viable if it includes Jones' daughter "Hannah."

A cure to the mutated plague of 2033 did not encompass that time as it would have been too late to save the precious Hannah.  Hence Katerina's final solution. 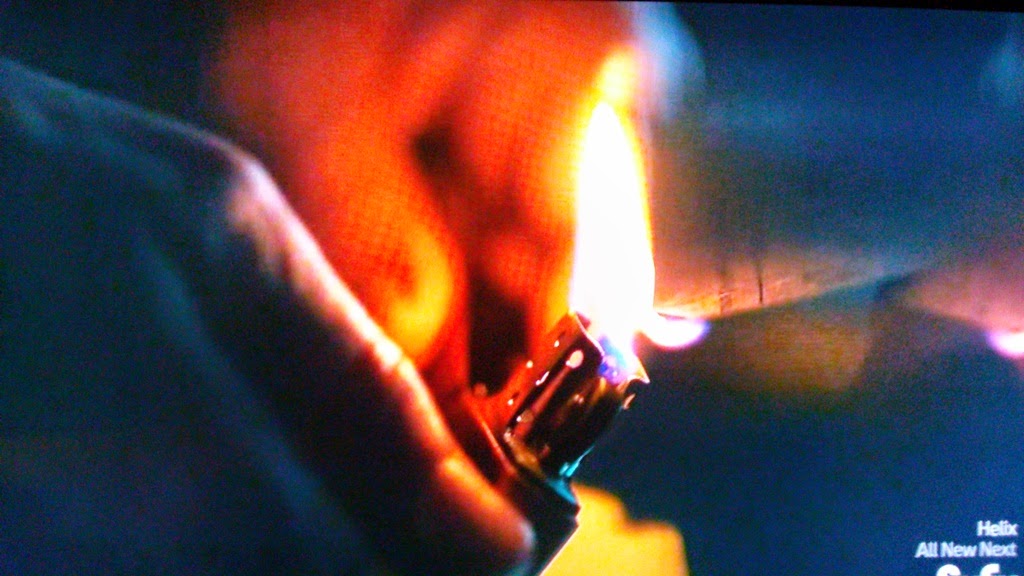 Jones torched any evidence that a solution was at hand when she put her lighter to the proof of Foster's success.  I considered that proof still lived on in the servers of the Spearhead compound but as long as the only core is in her hands there is no chance those servers will ever will see the power they need once again. 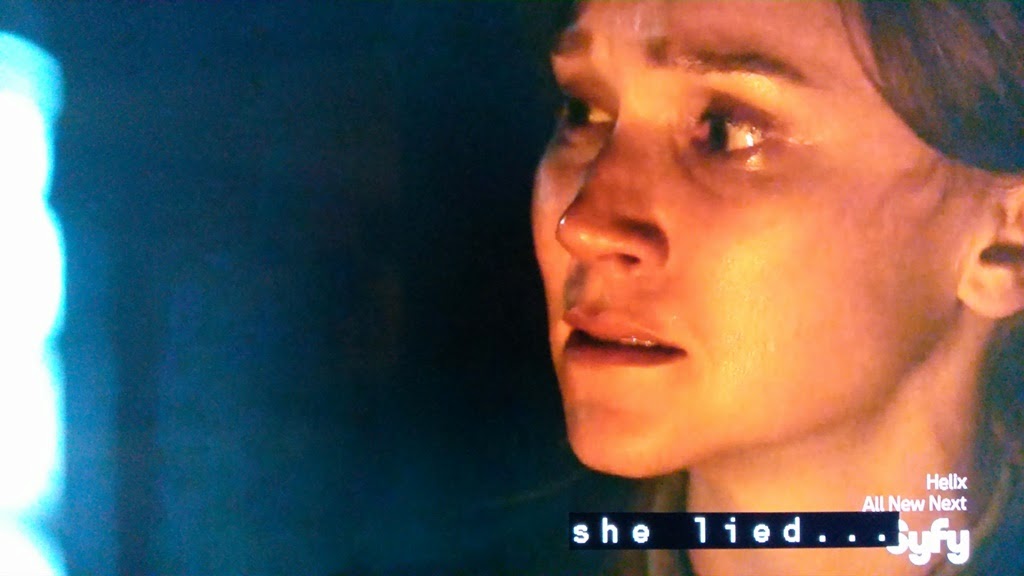 Ah, there is still the word of Elena and her passionate ally, Ramse.  I think Elena has found someone in Jose that is willing to preserve the world of 2033 if not 2043.  I think Ramse would also protect this world "by any means necessary" to paraphrase Jones from the previous episode.

So it begs the question, if Jones was willing to murder anyone that stood in her way at the Spearhead compound and destroy any evidence of its success, what would she do to Elena and Family? 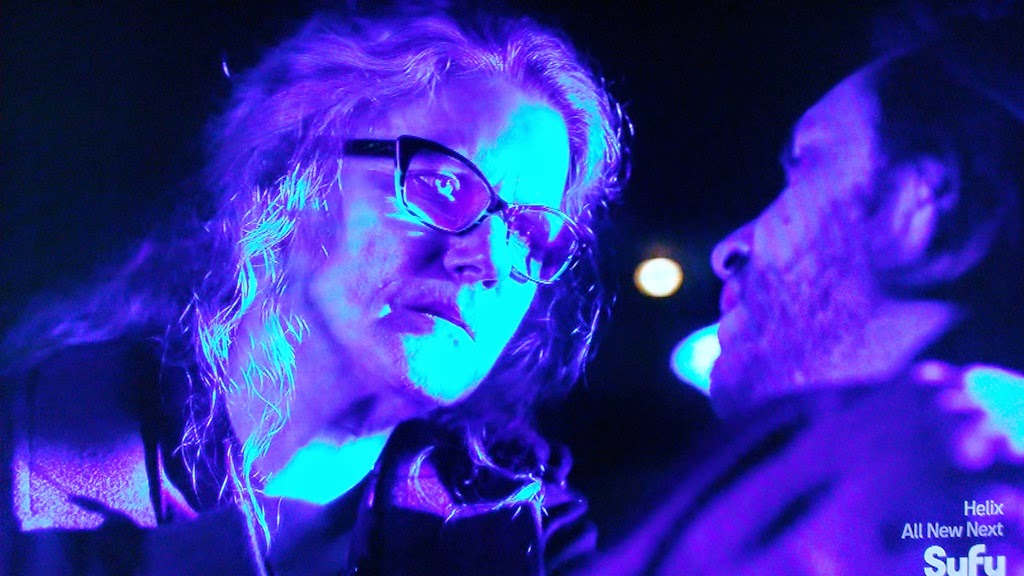 Jones knows the success of her bloody gambit lies in the fortunes of James Cole.  She held him closely as he returned from the past as if he was a child of her own.  In a way he is, for without Cole there will be no Hannah. 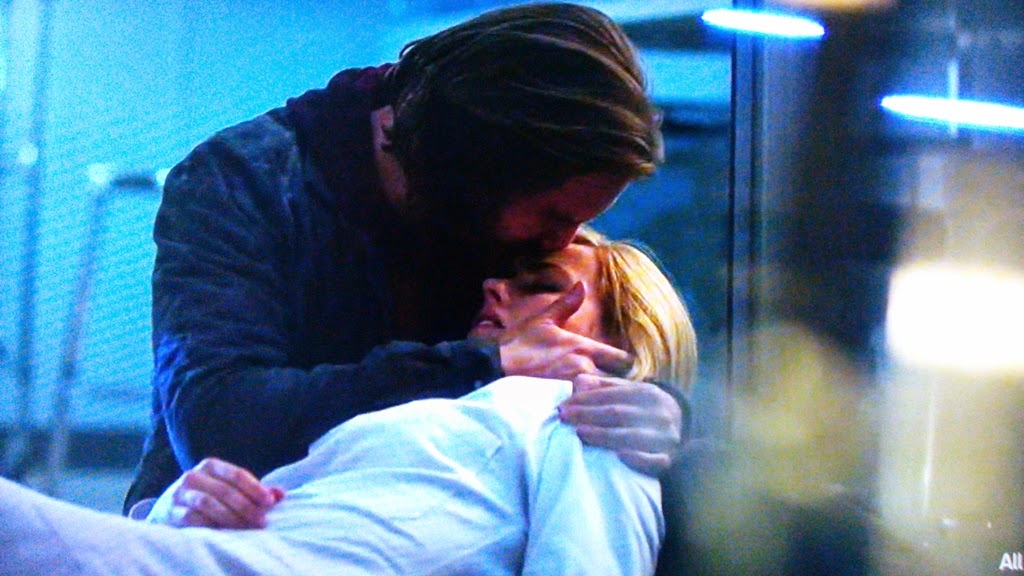 As one life returned in Cole another ebbed away in Cassie.  Cole held her as close as he was embraced by Jones.  The two scenes played out in remarkably similar fashion.  At least in as much that the end solution to Jones and Cole's plans need to dovetail together.

Jones needs Cole for Hannah to live and Cole needs Jones' plan to work so Cassie will survive.  (If the plan ultimately prevails there might not be any future for Cole and Cassie but I'm sure he is not thinking that now.) 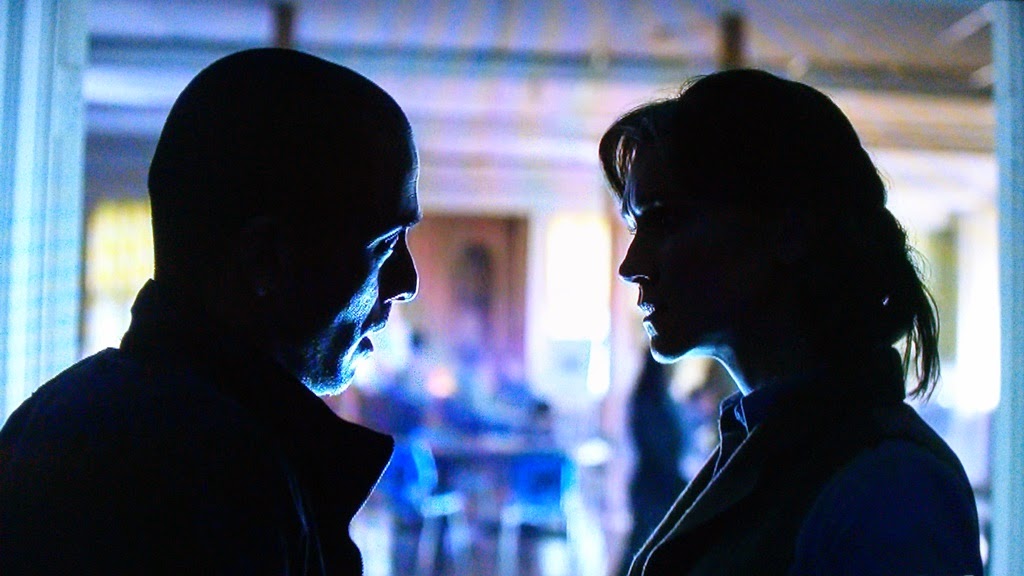 Finally, Ramse told Cole in so many words that he will do what has to be done.  A veiled threat if there ever was one.  Cole sensed this right away and told Ramse he would stop him. So, if another question is to be asked, how far would Ramse go? 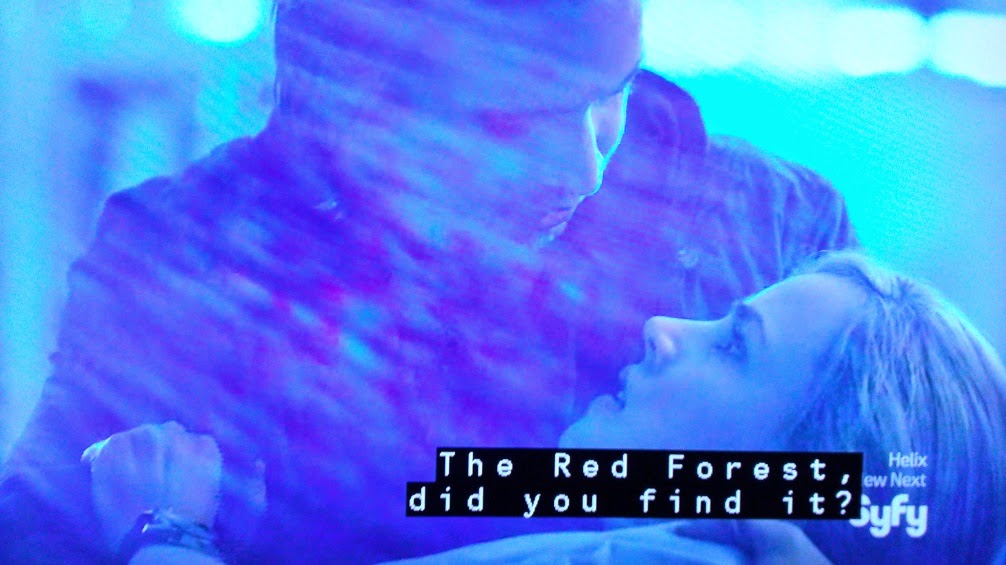 This is interesting!  The dying Cassie invoked the surreal Red Forest.  She slipped a little in asking him and realized her mistake when she admitted he doesn't know everything yet.  We also learned that Cole will visit Cassie once again before this fated meaning.  In addition to all these mysterious nuggets she handed him a slip a paper the contents of which she told him not to reveal to anyone.

I take it to mean that includes Jones.
If Cole is to retain an ace up his sleeve that slip of paper may just be the card he needs to play if Jones finds Cole expendable.  It may even contain information that will save the future but not include Hannah's survival.  Cole will have to safeguard this secret closely.
So why the Red Forest?  Is may actually be a tangible place to go much like the Night Room was.  I think we've only seen it when Cole and Cassie hallucinate but that doesn't mean it isn't actually real.  If I were to go on a wild tangent (which I am prone to do) the Red Forest may only be accessible through a fugue state (an altered state of consciousness in which a person may move about purposely and even speak, but is not fully aware.) but in this case can also act in a physical nature.

If Cole is to travel to the Red Forest in this fugue state and retain the means to physically interact with it what would he find there?

He may find "The Witness" for one.  Someone he may not be prepared to take on.  He may find that mysterious building the collapses and rebuilds itself.  Does the witness "live" there or more importantly, does he "work" there?

The Red Forest building may be a place where the virus is allowed to constantly mutate, always being kept out of the reach of those who wish to cure it.  It may also contain a rudimentary time machine that allows the virus to be randomly inserted into various timelines foiling the attempts of humanity to survive.  Worse yet, the Red Forest (and it's building) may be able to insert itself into any timeline as long as it is invoked by the tea or the tea drinking Witness.

A bizarre thesis to be sure but not so far off from what we've seen so far. 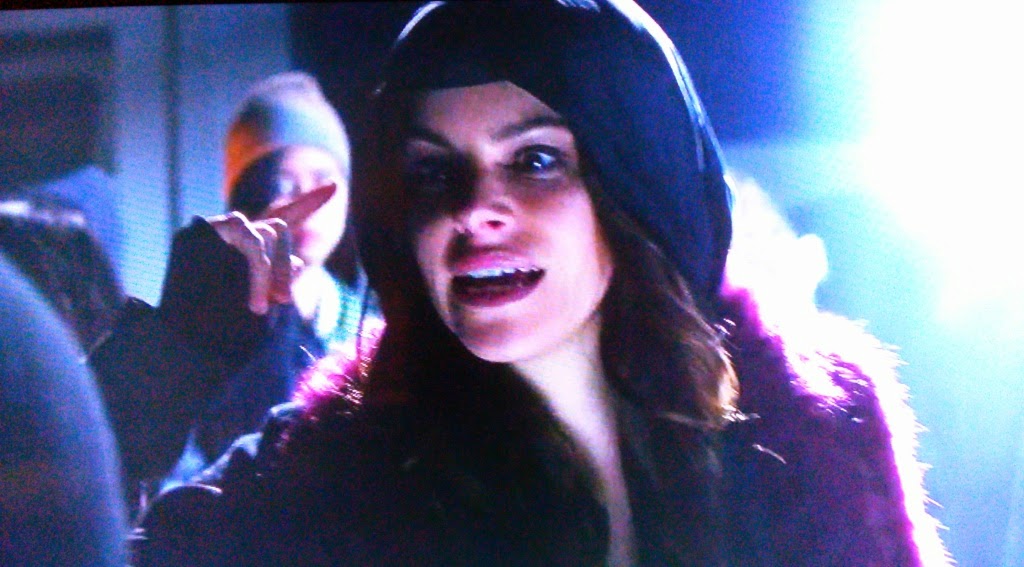 Jennifer Goines made a brief return.  She was roiling up the crowd just outside the gates of the Baltimore CDC compound. 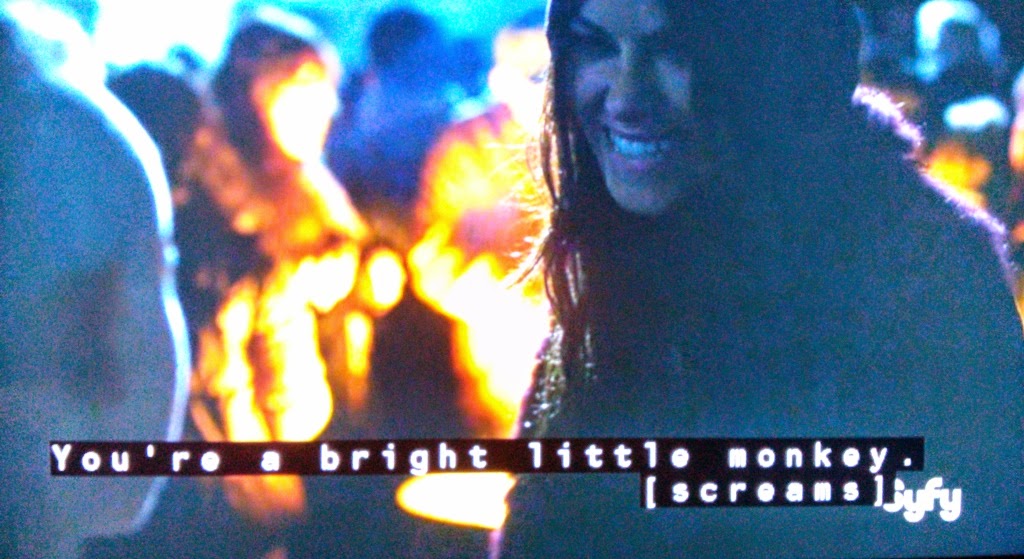 She also made a reference to the women in the crowd and possibly twelve of them.  She then went on to call one of them a "bright little monkey."  Whaaaat?  Is Jennifer going to be part of the "Army of the 12 Monkeys" origin story? 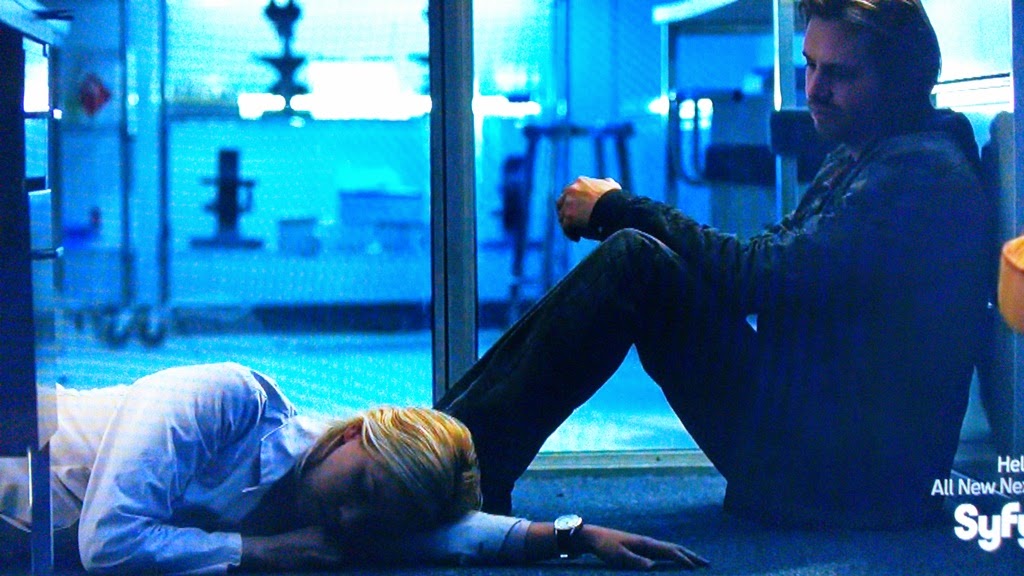 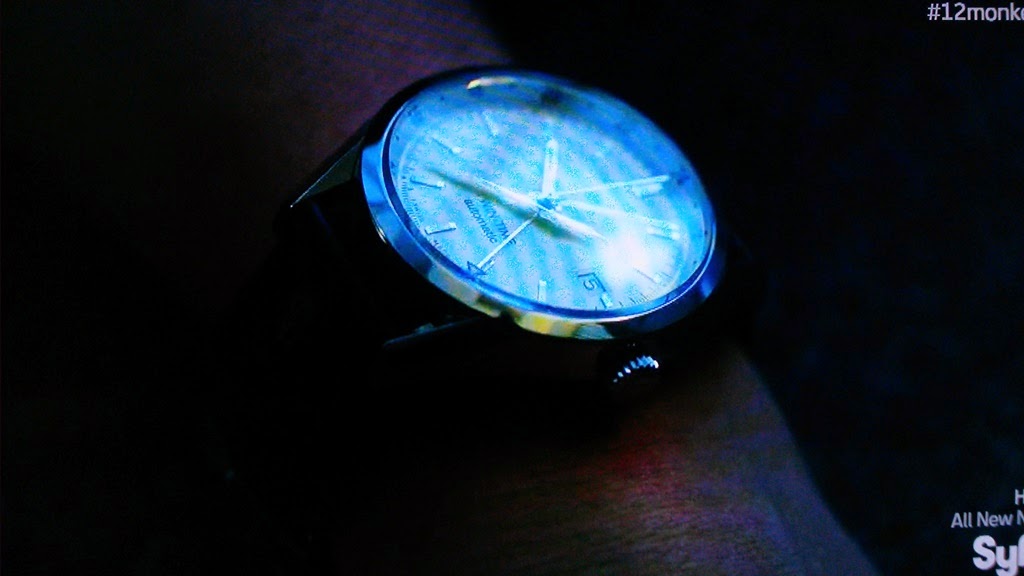 Who watches the Watchmen?

Cassie's watch got some serious face time.  We now know she doesn't die alone and the scratch is still there so nothing has changed.  Then something does.  Is something going to change in the future or the past that will unscratch the watch?  Will Cassie be left there the same as she is now until Cole returns to the unscratched watch?  What if Cole returns to her in the future and finds the watch unscratched?  (I would need to take a pill and lie down for a while.) 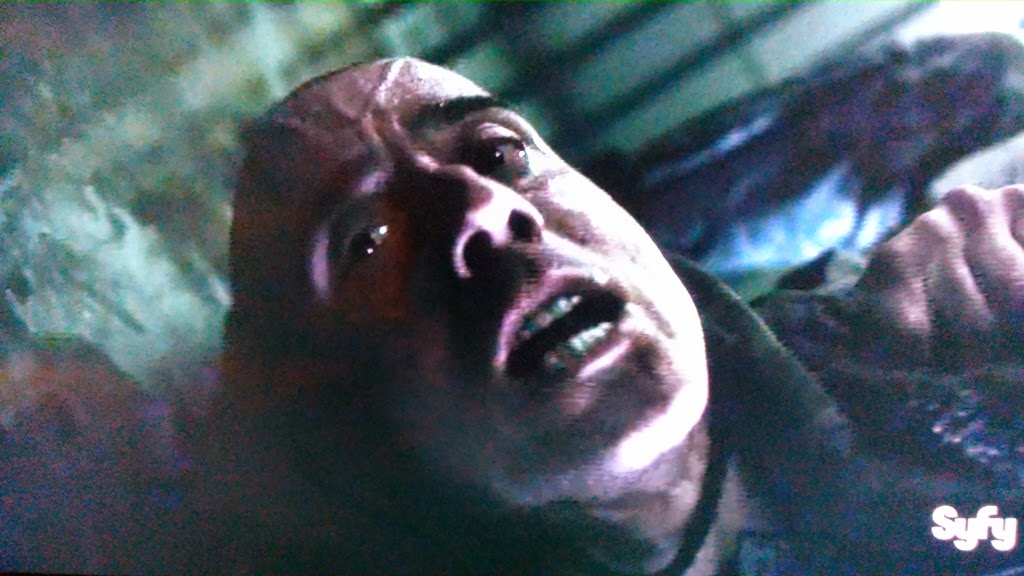 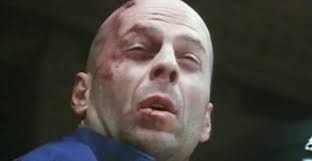 I couldn't help but notice the similarities between the stressed out Ramse and Bruce Willis Cole from the movie Twelve Monkeys.
And then there is this. 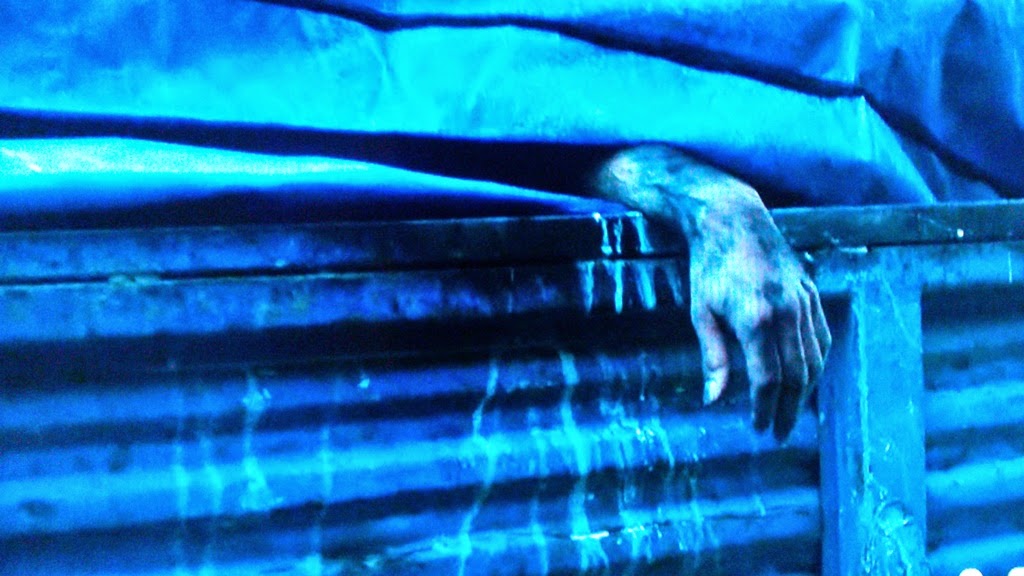 Things are so dire in the year 2017 that the last surviving member of the Addams Family has succumbed to the plague.