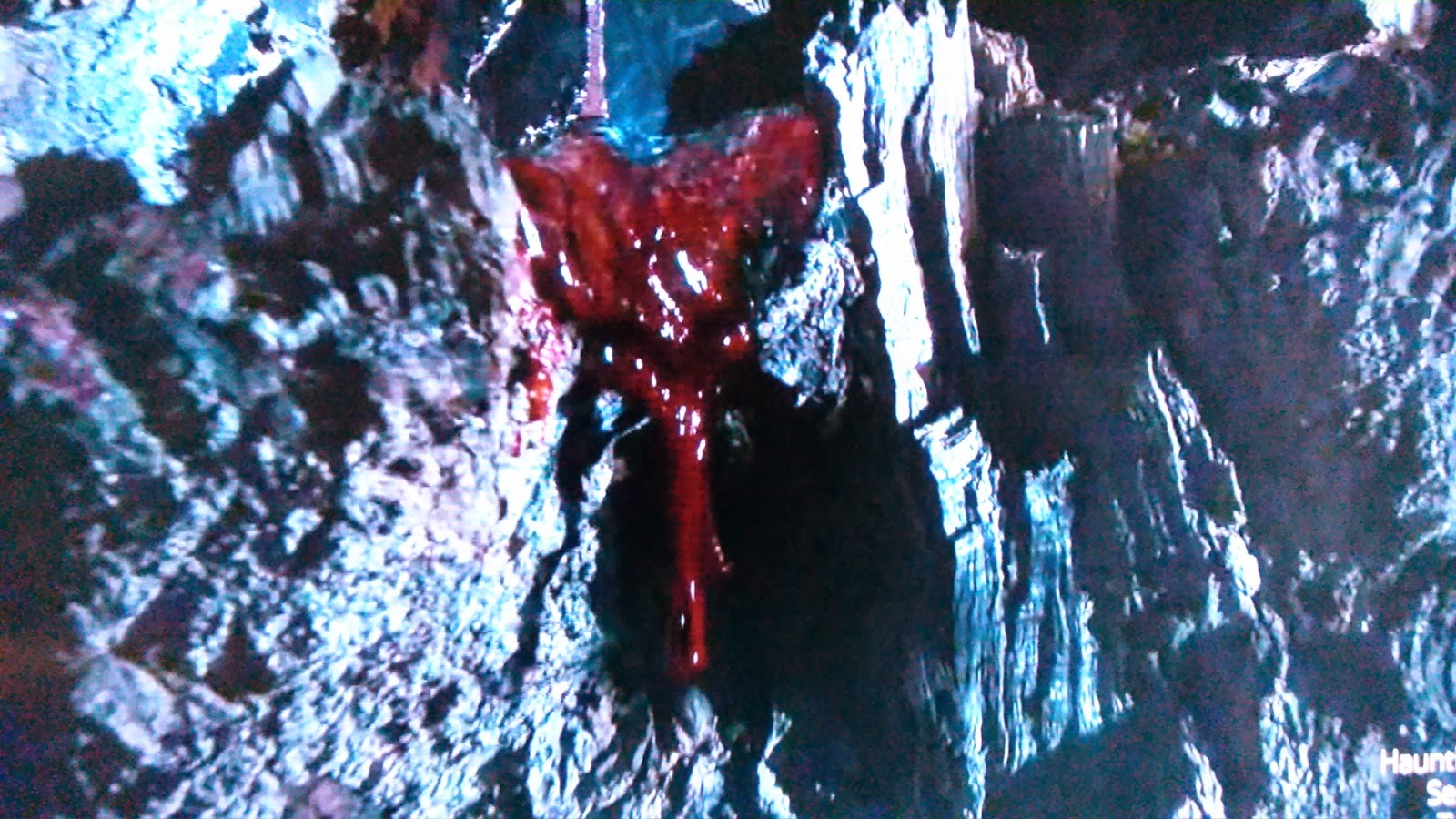 Is Helix treating us like we're a bunch of saps?

(Okay that was my first pun, here is the second.) 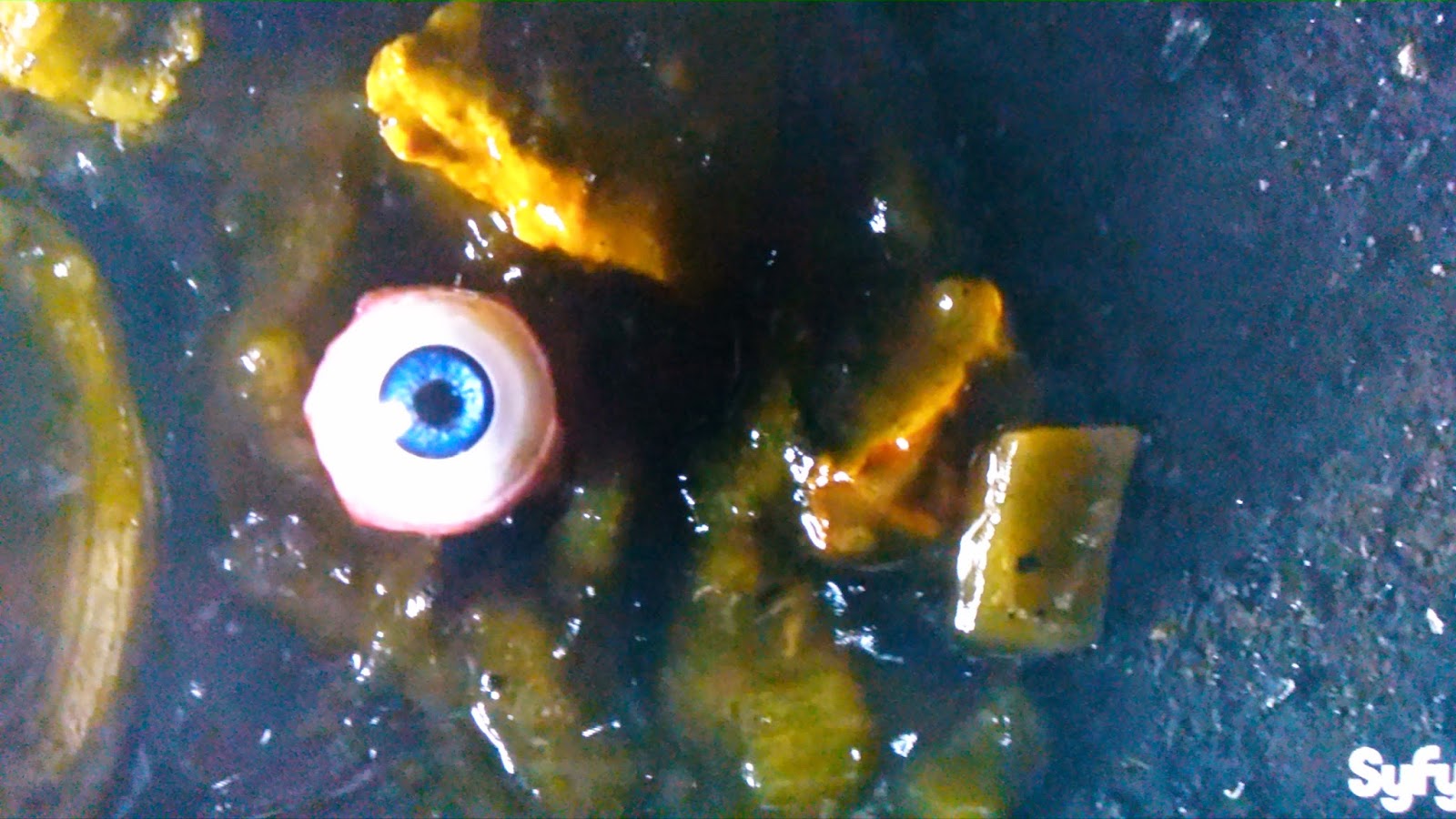 The "eyes" have it,  Helix thinks we will swallow anything.

(Dang it, I think I should have led with the eye joke.)

Okay, enough puntastic humor.  As fans of this show so often say, "What the Helix is going on?"

Helix is reaching that point in their season when they are either going to have their "Fonzie" moment. 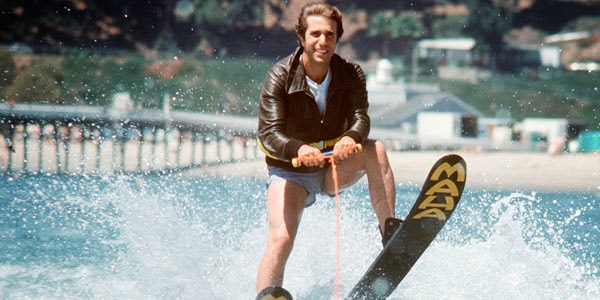 Or they going to drop such a bombshell on us that SyFy will renew it for the next 5 seasons. I have to say they are a lot closer to replicating the Fonz's shark jumping moment than they are to turning the science fiction world on it's ear. 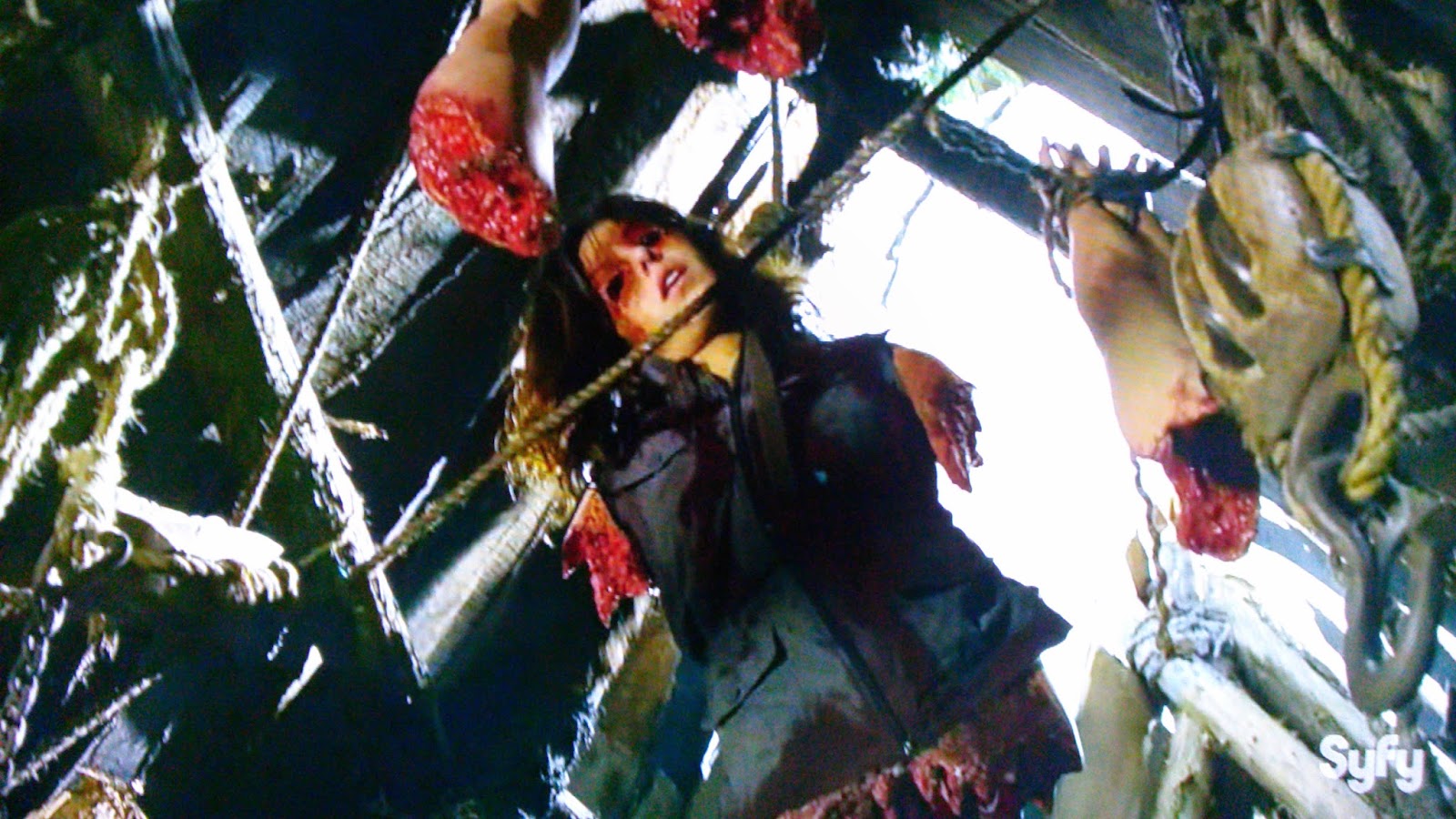 .
This season has been a series of gross out moments that titillate only briefly but have no real stakes in the larger mythology. 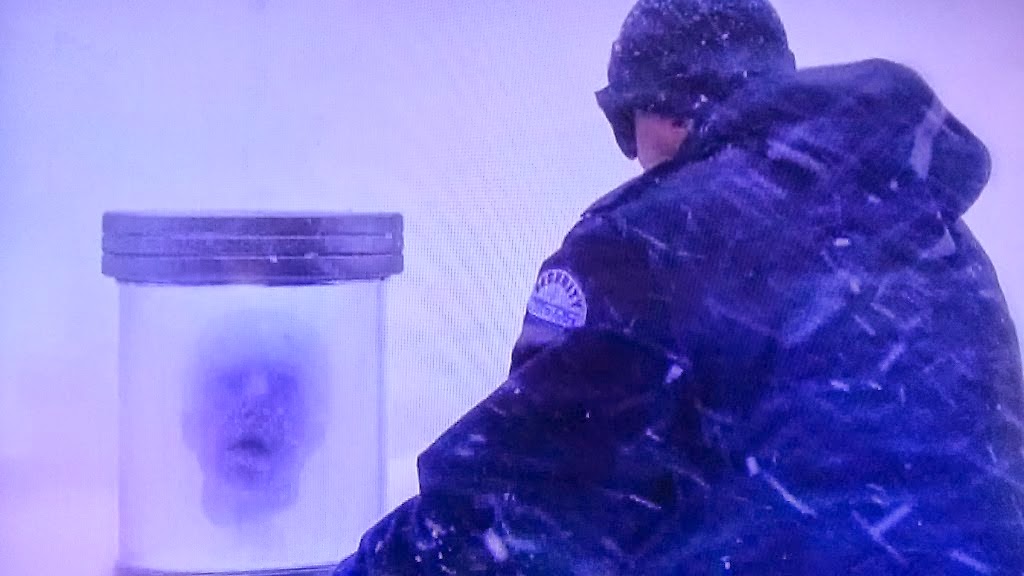 Sure, season one had its gross out moments too but the stakes were a lot higher.  Back then, the CDC team came face to face with the enemy whom we came to know as the Immortals and Ilaria.  Our heroes were trapped in a claustrophobic atmosphere and pitched against people that were at one time enemies and the next time allies.  Sometimes in the same episode!  The claustrophobia was exacerbated by the inability to escape let alone communicate with the outside world. 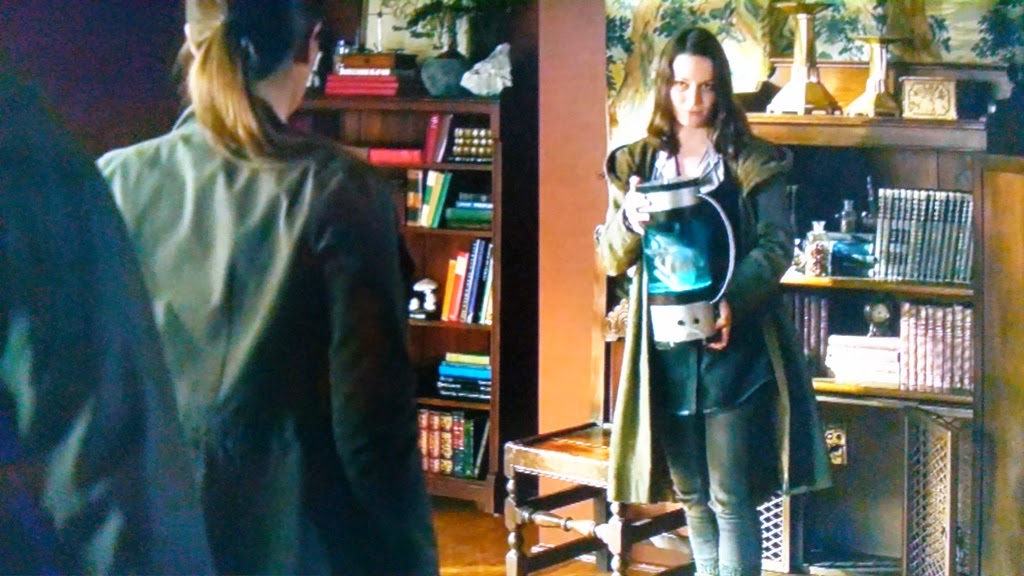 Now we're dealing with an enemy by proxy.  Yes, the Island people have been evil and menacing but they are not the "big bad."  In fact, they are only tangentially connected to Ilaria.  They have their own agenda and by and large they act selfishly instead at the behest of the evil empire that is Ilaria.  As far as isolation goes, they could really leave if they wanted to.  The Coast Guard has no problem reaching them and in fact are urging them to go. 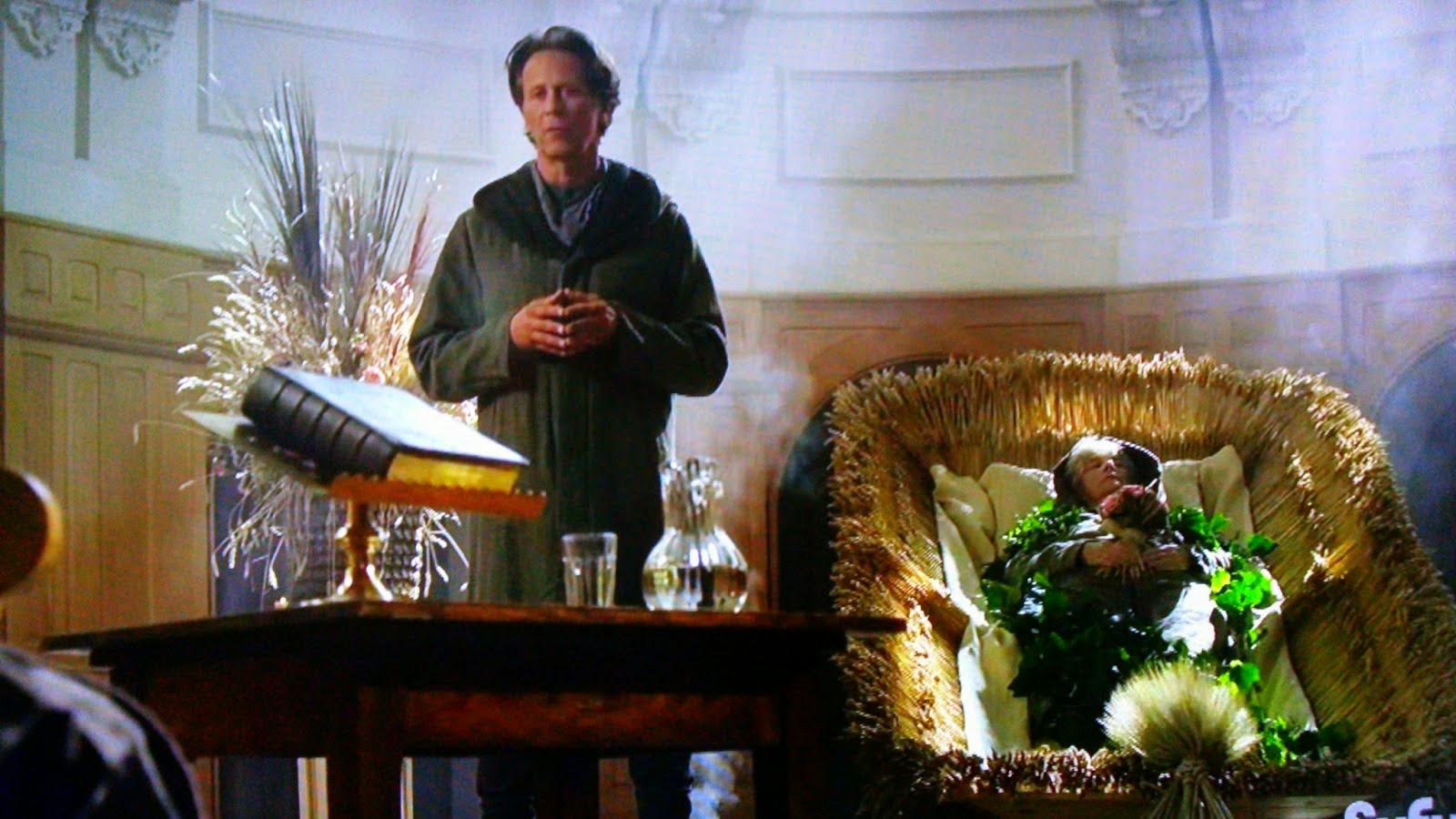 Their evil leader was a suitable foe but he was inexplicably eliminated even before we had a whiff of a climatic third act battle.  Amy is the big bad now?  Sorry, don't care.

Here are the stakes that sets the urgency for the next episode. 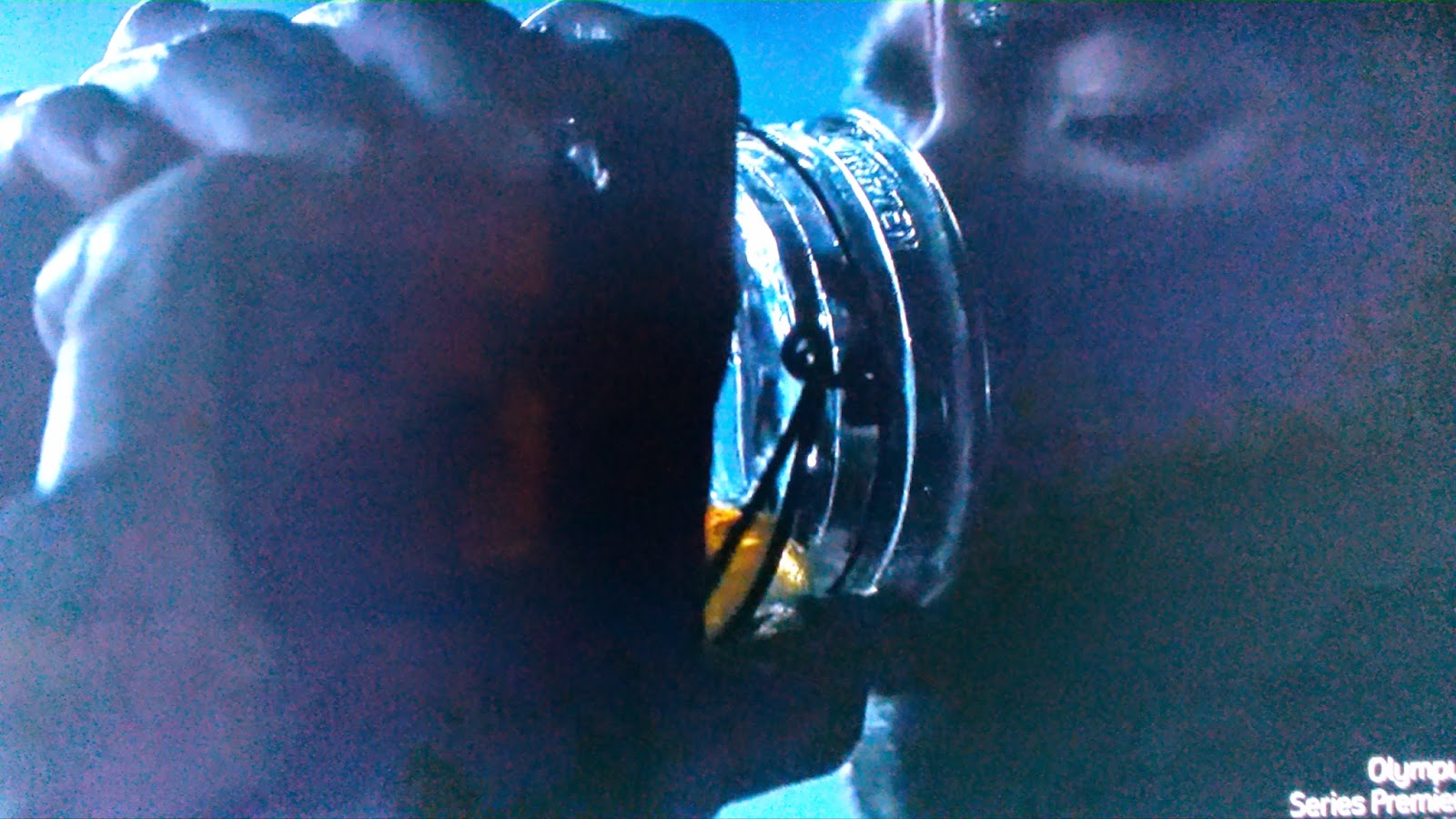 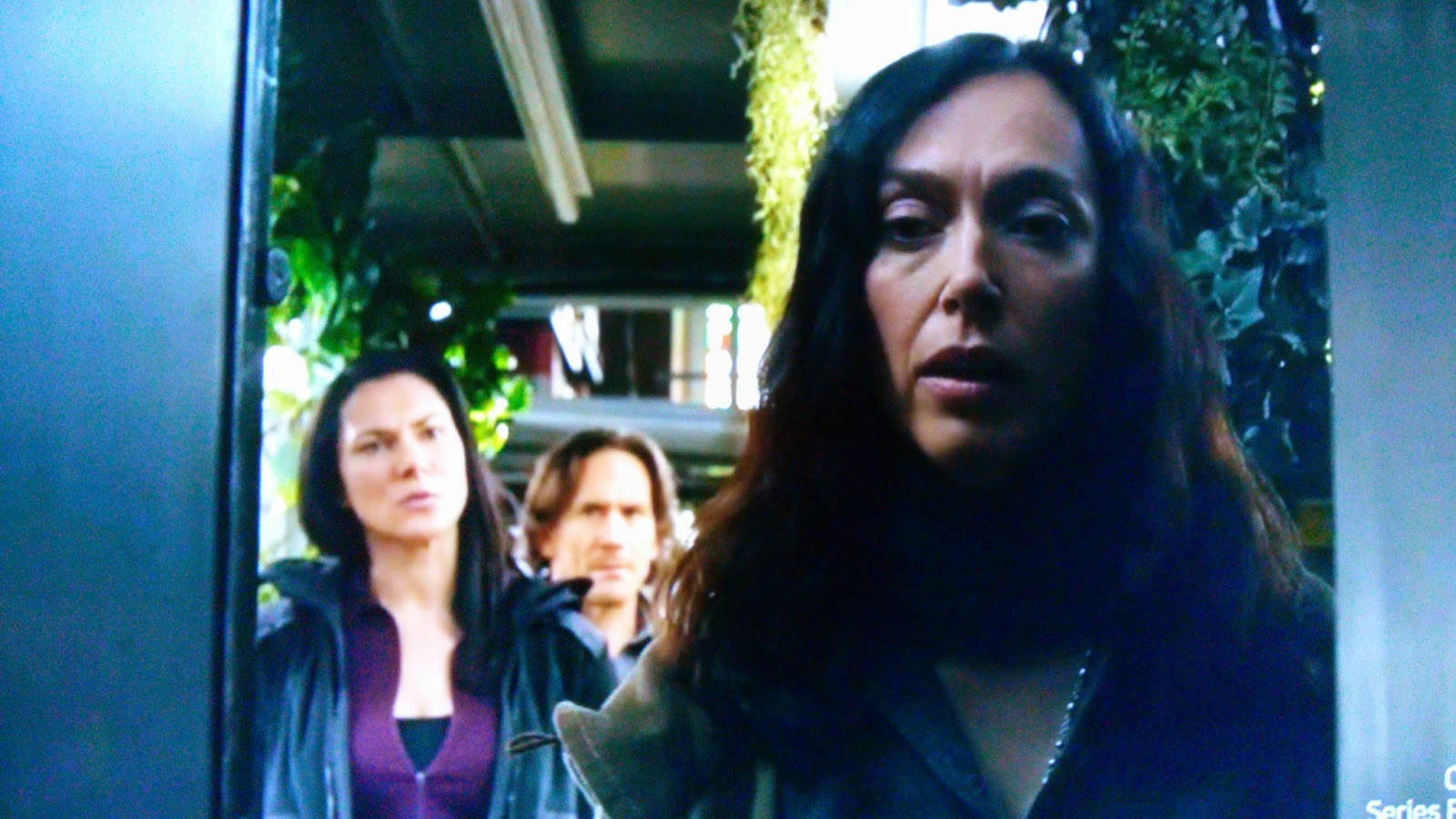 Kyle is going to earn the nickname, "Honey" and the Mother of All Trees is missing .

Do I care what happens to our Helix heroes? 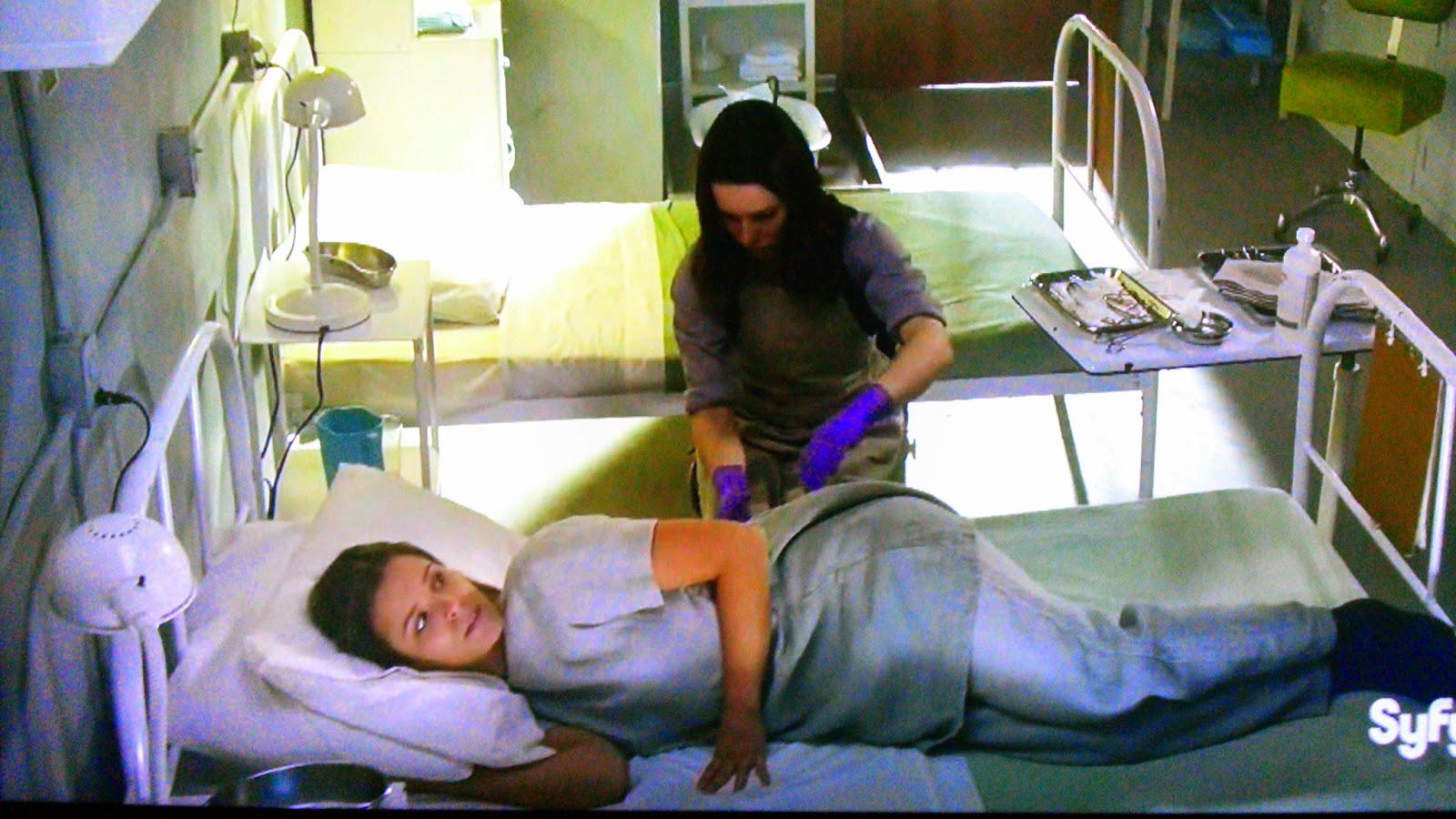 Jordan Hayes has done exemplary work as Sarah this season.  Billy Campbell's Alan is such a courageous leader and he never takes a performance off.  Neil Napier's Peter is just as big a loser as he was in season one.  And I mean that in a good way!  You cheer for him because he tries so hard but always takes the wrong path.  I only wish Kyra Zagorsky's Julia had more to do.  Sadly, she mostly just walks through every episode.  Her high point was the face off and battle she had with  her father.  (Hatake where have you gone?  This series misses you badly.) 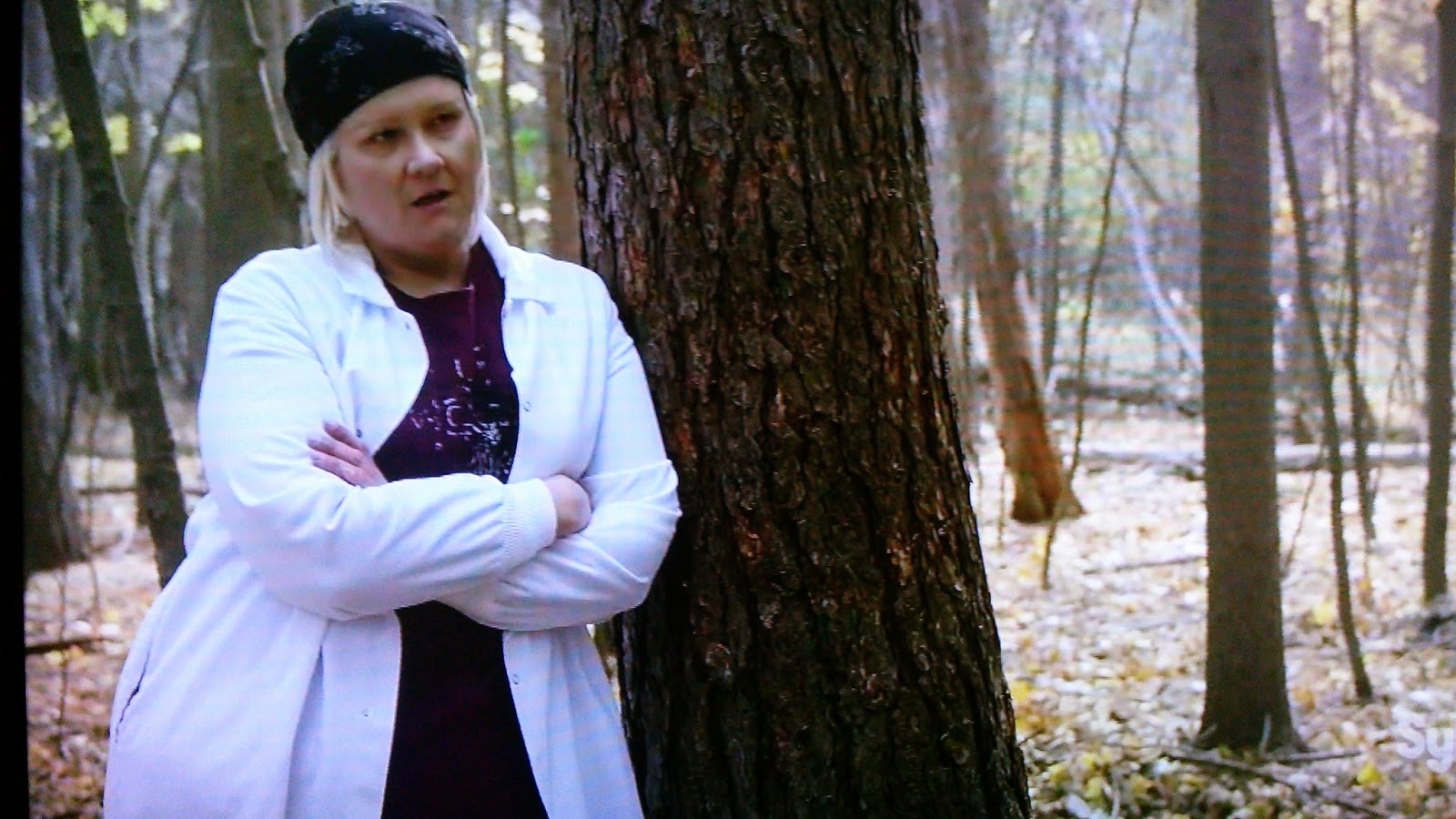 Seeing Doreen again was fun.  But mostly it made me sad she is not on the series anymore.  (Ghost Doreen doesn't count.)  Afterwards her inclusion struck me as stunt casting.  It was new when we saw Daniel, Hatake and Jaye but not so much now.

Maybe what I need is a group hug. 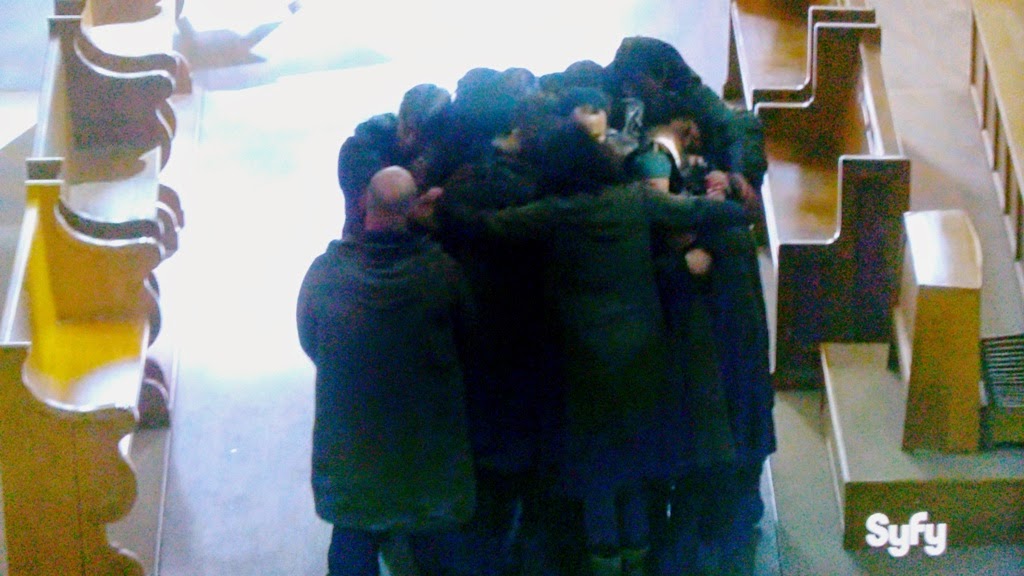 So what does Helix do now? 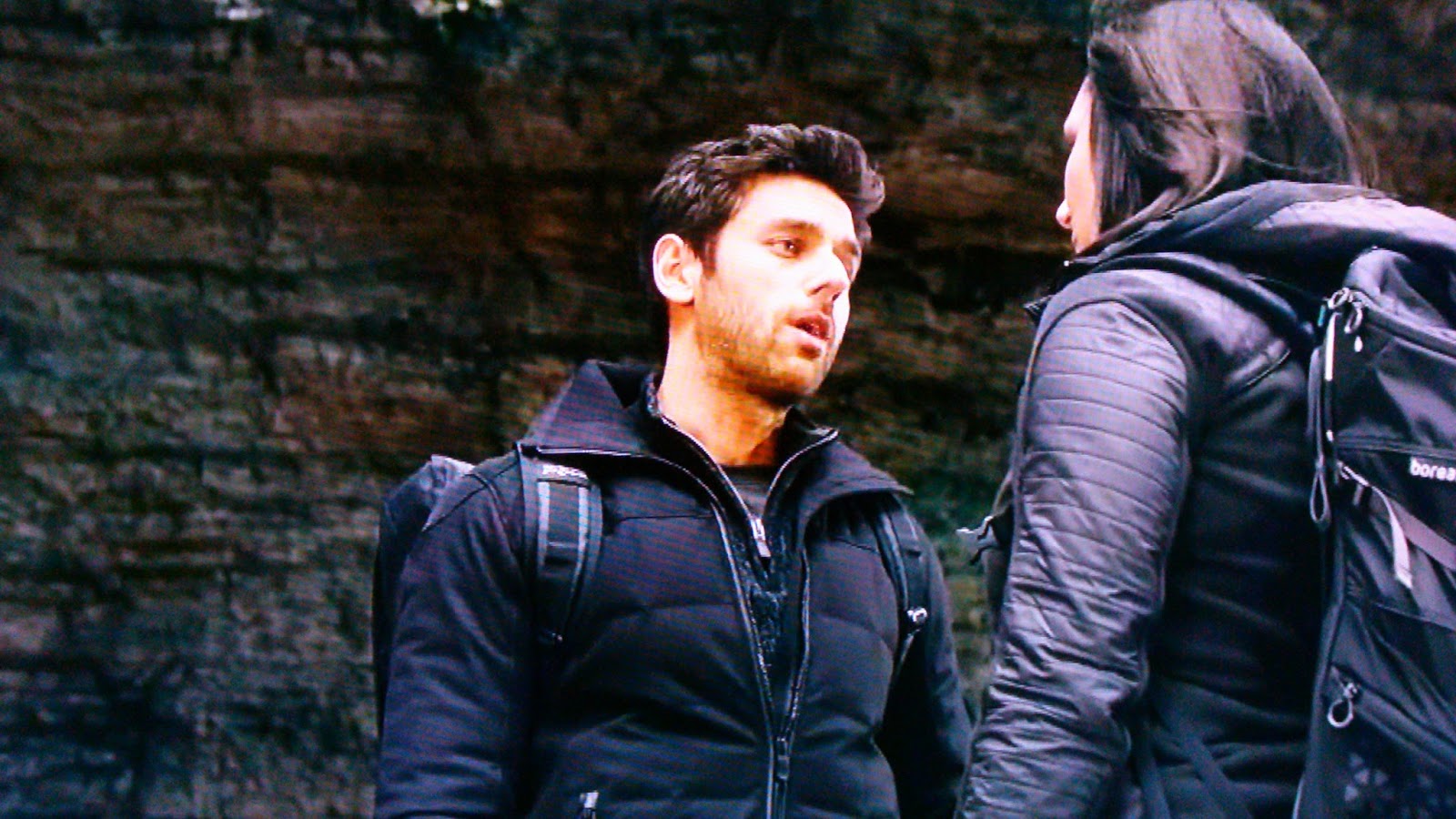 Having Sergio and Julia on the Island with three of the other original cast members may help.  They represent Ilaria and that is a plus.   Hopefully, Julia will find Alan and the sparks are certain to fly if she, Sergio, Peter and Alan manage to get in the same room.  It wasn't a certainty that Julia never saw Alan in the present timeline just because she is looking for him in the future was it? 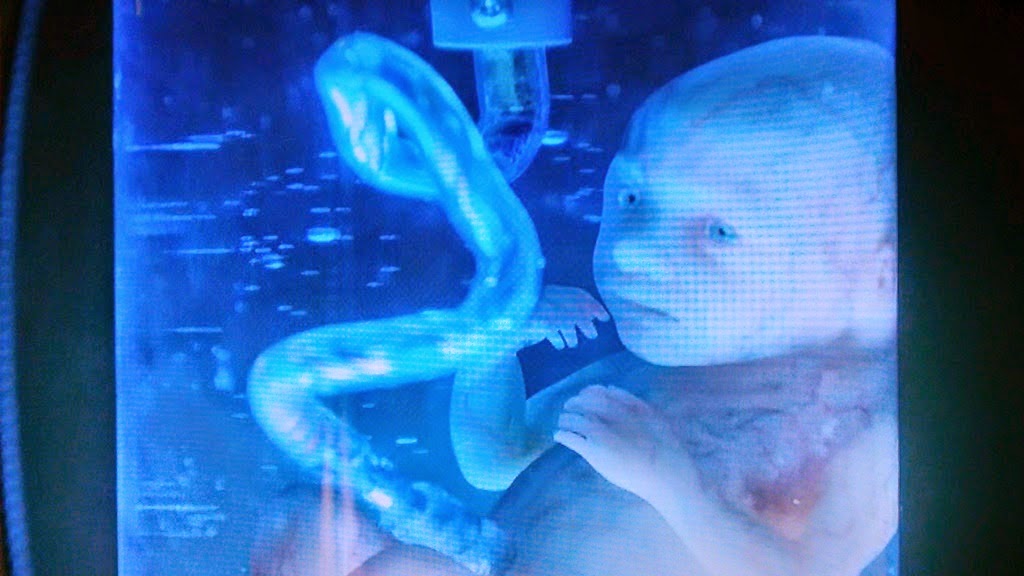 I think a lot will depend on the fate of this little guy.

The penultimate episode of the season is called, "The Ascendant."  I take it to mean the definition Helix is using for the word is, "Rising in power or influence."  I'm thinking the little guy will make it out of his glass jar and some how grow up on the Island.  His "ascendancy" then is to leave there and take over Ilaria and lead the Immortals.

(Oh, and Alan will have to try and kill him.  Sarah probably won't be too hot for that.)

So, I'm counting on you little dude.  Please keep Helix from a fate worse than the Fonz is known for. 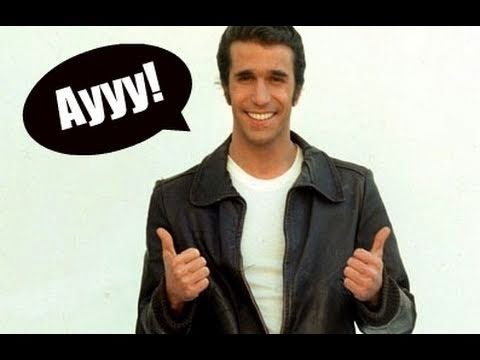