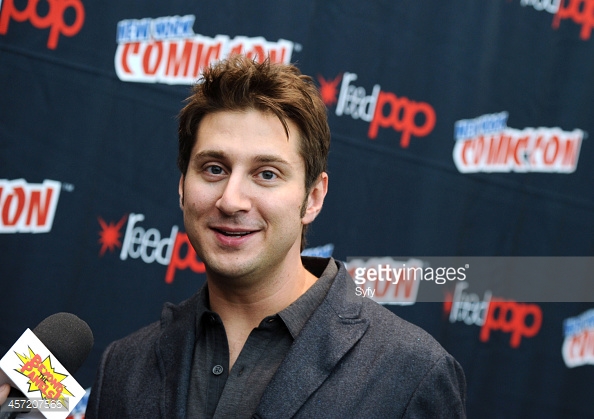 Recently, I was granted the privilege of a sit down interview with Terry Matalas.  I was sitting on the east coast and Terry was somewhere out west.  But at least we were sitting!  Terry was gracious enough to answers the questions I submitted  and I have to say it was pretty fun.  Some of the answers were understandably evasive, some were eye popping and the rest were downright funny.

I hope you guys enjoy this as much as I did and once again thanks to Terry!

1.    Terry, I marvel at your accessibility.  You seem to part of the new wave of show runners that employs social media.  How important do you see this accessibility to your show’s success?

Super important.  What an incredible way to connect to the fans.  Hear what they’re saying and feeling.  And when you’re airing it’s like a live studio audience.

2.    How do you manage the demands of your show and the constant barrage of media/fan questions, does it ever become too much or too invasive?

Rarely does it become too invasive, but it happens.   The barrage can be addicting.  As far as the barrage goes, I’m guilty of losing hours to Twitter to talk to the fans.  But it’s not constant.  Which is good.

3.    To the show itself.  Violence is a large part of today’s television standard.  Take Daredevil or Game of Thrones for example.  Both seem to push the envelope.  Do you have a line you will not cross or do you feel competition demands a certain amount of excess?  (If that’s the right word.)

Violence works best when it’s organic to the story or the desperation of a main character.  We’ve had some torture stuff which was hard to watch but it was a window into that particular villain.  There hasn’t been a line we said no to yet.  There is a scene in the second season where Cassie gets knocked around pretty good – but I justified it because that’s her world now.  And she gives as good as she gets.

4.    Barbara Sukowa’s Dr. Jones is a favorite character of mine.  I once posited a theory called the “Hannah Timeline” wherein she wouldn’t be satisfied with fixing time until her child survived.  Is Dr. Jones still motivated by this or have her motives changed for, “the greater good”?

I think she’s evolving.  At the start it was about Hannah.  But the things she did last year – the Spearheard massacre – weighs on her.  But Hannah is a big motivation still.  And always will be.

5.    There are two time machines operating now.  One in 2043 and the other in 2016.  I was going to ask you if Dr. Jones would be willing to travel to the past to fix things, i.e. her daughter.  But the serum would be too rare in 2043.  Perhaps not so in 2016.  Cassie has traveled to the future now.  Could you see any other of the core characters taking “the leap” or would that be confusing the issue story wise?

You’ll have to wait and see.  But 2016’s Project Splinter was mothballed after a body was found there after the events of the Season One’s finale.

6.    I’ve often said no one ever “dies” in a time travel TV show.  Take Zeljko Ivanek’s Leland Goines for example.  We’ve seen him in two different years.  He’s dead somewhere but not in the past!  Anymore of the “undead” going to tread upon the 12 Monkey’s landscape?

We’ll have to wait and see!

7.    In a follow up, would you be willing to permanently kill off one of the core characters if it meant advancing the story?  An example would be Game of Throne’s Sean Bean and his Ned Stark character.  I know no one “dies” in a time travel show but that doesn’t mean you couldn’t permanently remove someone from the show’s roster.

Absolutely.  It will happen.  No one is safe.  We have a long plan for the series and not everyone makes it out alive.

8.    You’ve said we are going to meet “The Witness” this season.  There are many theories concerning his/her identity.  They range from Aaron Marker to “The Striking Woman’s” father.  It seems a narrative gamble to reveal his or hers identity so early in the game.  (Just two seasons.)  Do you feel the show is ready for such a gamble and remove this “MacGuffan” from the table?

This show lives and dies by narrative gambles.  But fear not, I have a plan.  You’ll see.

9.     Speaking of reveals.  Spoilers are a major industry of the social and mainstream media world.  How seriously do you take the spoiler culture and how do you guard against it?

I fucking hate it.  But it’s a thing some fans need and love.  And marketing views it as a way to draw people in.  But I struggle with it constantly.

10.     Here’s a light hearted question of sorts.  Sleepy Hollow fans always wondered how and why Tom Mison’s “Ichabod Crane” could wear his 18th century garb in the year 2016.  Similarly, James Coles retains his “Scav” appearance.  Any plans for a shave and a haircut?

We address this in Season Two.

11.     You promoted Emily Hampshire to a series regular.  I once gushed she was the comedic inheritor to Mary Tyler Moore. (And I stand by that.)  Tell us more about her promotion and working with Emily.

We always knew Jennifer Goines would be a regular in a second season.  Emily is brilliant and takes her to a new level this year.  I would say Jennifer takes a bit more work to get exactly right than some of the others.  You never want to be tired of her and you want her grow, shift and change constantly.  Emily and I take her pretty seriously because it’s a fine line.  Last year I probably spent more time on set working with Jennifer than any of the others because I really wanted the infamous “Brad Pitt character” to break out.  I was nervous.  I wanted to make sure we took the most popular character from the film and made it our own.  And Emily without a doubt does that.

12.     The TV show “Lost” was criticized for being consumed by its own mythology. In other words, no end game or plan.  If the characters in 12 Monkeys fix the past the show ends.  Right?  Do you have a solid endgame envisioned?  I can tell you I just watched the 1964 classic  “The Time Travelers.” (I use the term classic loosely as it was a little hokie)  It had a happy ending but then repeated it in seemly rapid fire fashion over and over.  Would you be willing to leave the viewing public with an open or ambiguous ending?

13.     “Shipping” is important to many a viewer.  How important do you see romantic entanglements to the shows structure?

Only if it’s organic.  But most good shows have some kind of romantic entanglement that you root for!

I told you that was fun!   Particularly revealing was Cassie's fate for this season and the long term fate of some of the series regulars. Yikes!

Also, it's great to know there is a long term plan for the series in general and that Terry shares our love for Emily Hampshire and her Jennifer Goines character.  (Of course her does!)

Thanks again to Terry Matalas for his time and 12 Monkeys begins April 18th!