The X-Files - Plus One 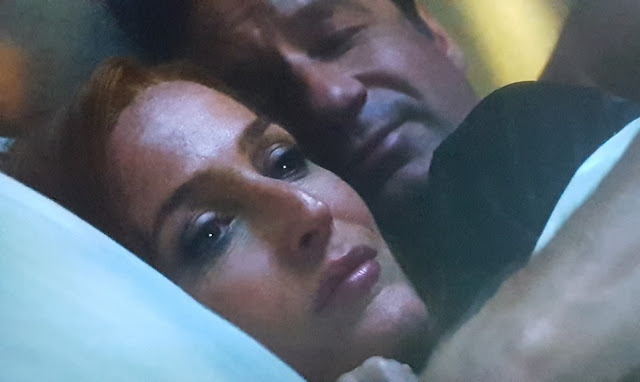 Didn't we get a character study last week with, "This"?  Not that I mind finding out what makes America's foremost paranormal detectives tick.  But, since we already got a look into "a day in the life" of our sleuths last week I thought we'd move on.

Okay, maybe this was a deeper dive.  We did get a heavy dose of Scully's angst.  Mostly dealing with her biological clock and creeping mortality. 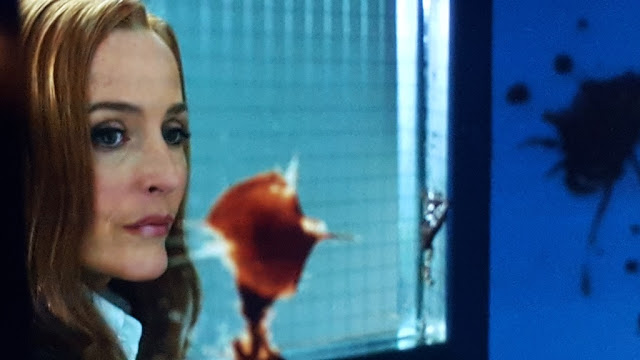 Nothing like having a little "Dookie" thrown at you to remind you the sands of time are slipping by.

Episodes like these made me look back at a time when the "freak show" was one of the main components of the series. Back then, we were able to discern personality traits of Mulder and Scully through small glimpses into the lives and by the little things they said or did.

Like the time when Scully swallowed a bug.  It showed us she could be whimsical and spontaneous.  Over time, we could piece together these little clues to form a profile of our heroes.  We grew to know and love them 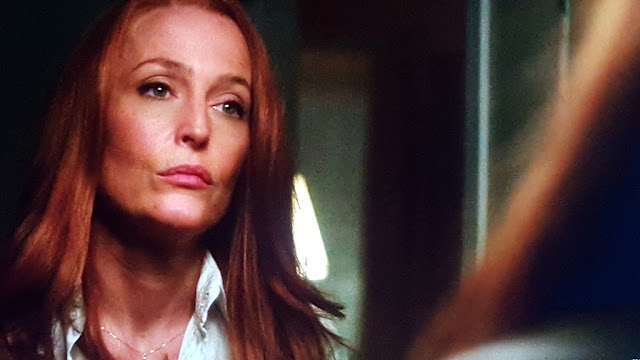 Now, its spelled out for us.

Not that I don't feel for Dana Scully.  I definitely do.   But, the journey is different now.  The X-Files is coming to a close and I think these deeper looks into Mulder and Scully are Chris Carter's way of giving them a proper send off.

I guess this explains my own angst.

What better way to look at our heroes than to make it all about them.  My nostalgia for the old "freak shows" will have to take a back seat as I face the truth.  There is no tomorrow for The X-Files.

You can't fight the future.

Yes, it's a little early about saying goodbye.  But this episode cemented it for me.  Enjoy them while you can. 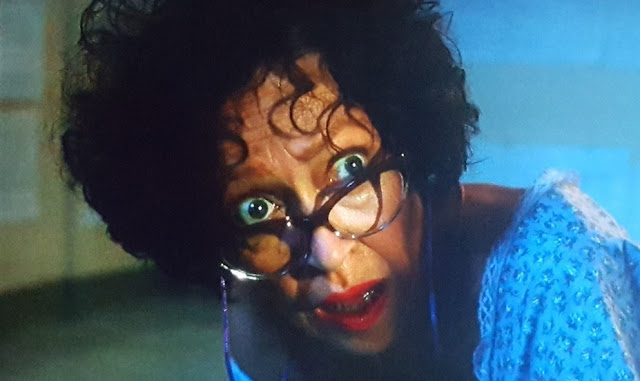 By the way, when I say "Freak Show" I mean those stand alone, monster of the week episodes we all knew and loved.

So, how was this one?

Judging by the performance of Karin Konoval is was a huge success.  How great was it to have her back home with the X-Files.  Her Little Judy Poundstone was both endearing and frightening. 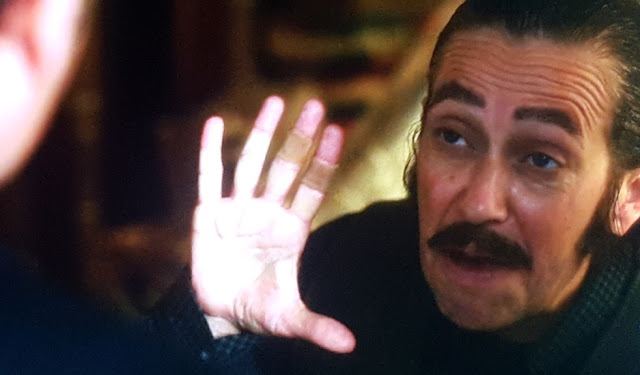 But, her Little Chucky Poundstone?  This is the type of character you want back on the show over and over.  Can you imagine if they ran with this character at the begining of the X-Files run?  We'd be seeing Little Chucky once or twice a season.  Move over Lone Gunmen!

So fiery, so obnoxious.  A perfect foil for Mulder. 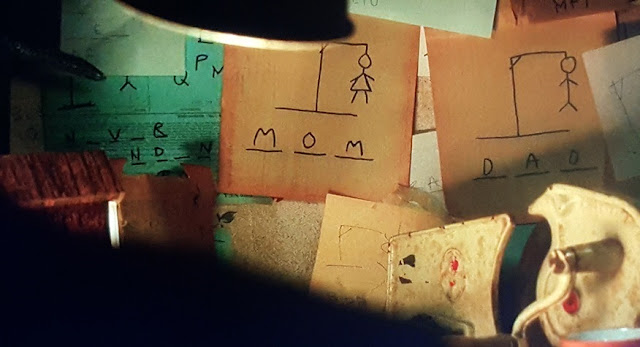 The conceit of the two evil twins inhabiting the otherwise harmless but probably schizophrenic twins and acting out their darker side didn't really work for me.

Having them transfer their evil towards their victims was a bit loose.  Especially by X-Files standards.

Our brief looks at Scully's darker side were fun but the exploration of this anger or hate was never fully filled out.

At least Mulder got to wrestle with himself.  Freud would have a field day with this. 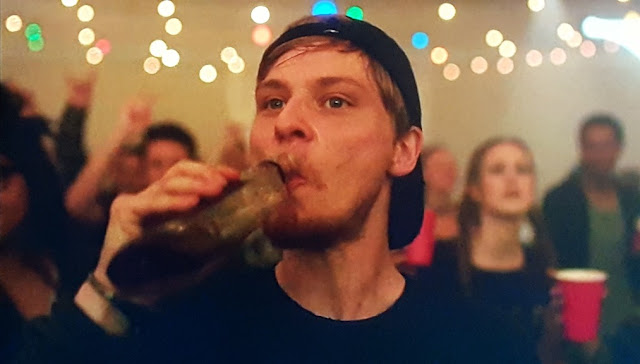 As far as performances go, I thought Jared Ager-Foster's "Arkie" was terrific.  A little loose, a little crazy and definitely drunk.  His moments of pure terror in the jail cell should land him many a job in the future. 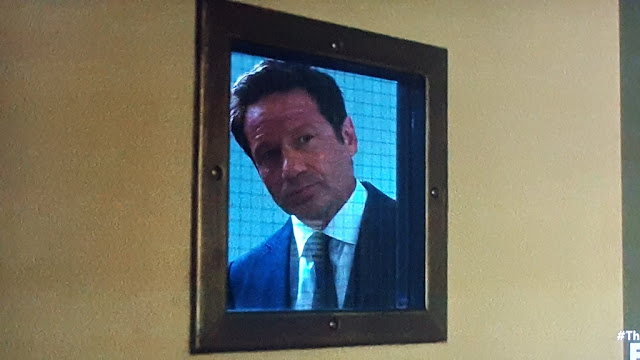 Foreshadowing department.  Is Mulder going to be framed for something this season? 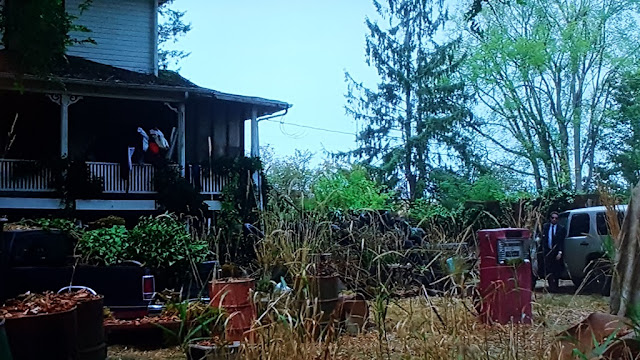 I got chills when I saw Mulder pull up to this setting.  Why?  Anyone one who saw the final episode of True Detective season one knows.  So creepy.

Sixties TV alert!  Last week we got an oblique reference to the classic "Get Smart" series (Chaos and Control).  Did everyone catch this week's little clue.  So fitting. 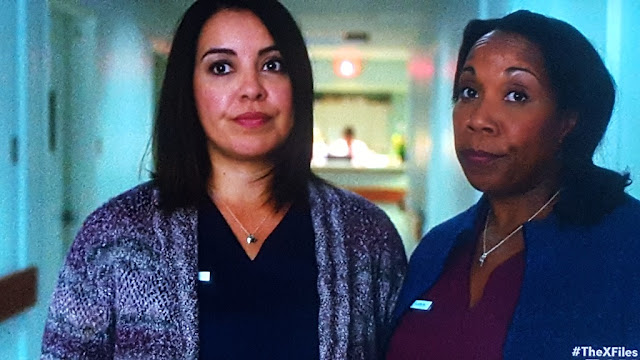 These two were great too.  Nurse Vickie and Nurse Peggy as played by Alison Araya and Lossen Chambers.  I could see these two as recurring characters too.  Spooked by Little Judy enough into taking her bread pills!  Pretty funny. 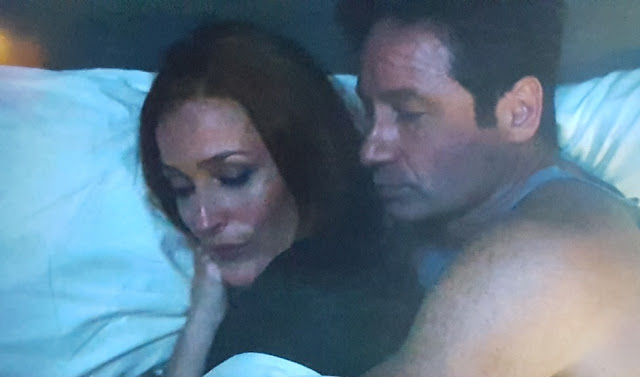 Can we talk about the intimacy issues of these two?

Last week they were like an old married couple on the couch.  This week Scully wants a separate room.  What gives?  And we're back to the "miracle birth" thing again?  There is something strange going on with continuity this season.  I don't know if it is deliberate or not.  These two should be closer.  Maybe this episode was just an aberration.  But if you're Scully and you're worried about mortality and whether there is "scoot left in your boot" then you shouldn't be worried about paying Mulder a visit in the next room.  (He's waiting!)

(Then again, this could be my own angst showing through.)

You can "X" file this under, "You've got to be kidding me."  Citi-Bank runs an ad featuring twins during an X-Files episode featuring twins.  Genius marketing, or, just a part of their own effort to brain wash the planet?

Okay, for those who missed the reference to the sixties TV show this week, here it is.  Patty Duke played identical cousins back in the day.  Same actress, two roles!  (As seen on the TV above Judy's head.)

More poignantly, Patty struggled with Bi-Polar disease much of her life.  Certainly, Little Judy Poundstone also had her issues with mental health.

I'd like to think this episode, in some way, helped illustrate the uphill climb these people that are so afflicted face everyday.

Next week's episode looks to be a comedic romp.  Good!  I need to rid myself of some angst. 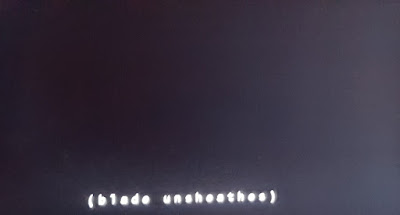