The Face of Eve? 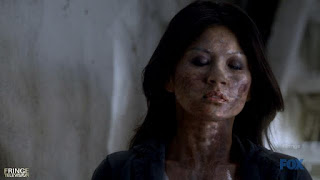 How do I follow one wild and wacky theory about Fringe?  By expanding on it of course!  After the first episode of Fringe this season I theorized that the Translucent Shape-shifters were the evolutionary antecedents to what we now know are the Observers.
But how do they perpetuate their kind?  In the lab with test tubes or a petri-dish?  Well, they could of course, but I would like to think they would seek to expand upon the more evolved progeny through more natural methods.  Hence my nomination of "Eve" as pictured above from episode one, "Neither Here Nor There". 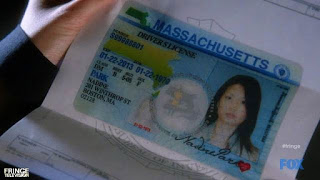 In the episode her name was Nadine Park.  As of last night's episode, "Alone in the World" she is till out there somewhere.  (Hey, like my theory!)  We were allowed to see her escape at the end of episode 4.1 so there must be a reason.  I am sure we will see her again and hopefully it will be in the company of her "Adam".
Will "Adam" be the new Observer also from episode one of this year? 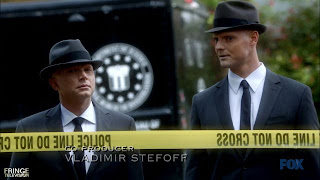