Goodbye to the Hat? 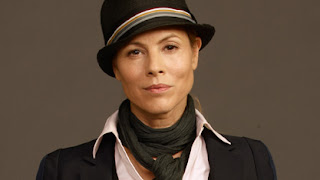 Word has come out today that NBC has stopped production of "Prime Suspect" starring Maria Bello.  I didn't think much of Detective Jane Timoney's head gear but there was nothing wrong the show itself.  Apparently the show fell victim to flaccid ratings and now there is a chalk line on the sidewalk where the show used to be.

First of all Maria Bello is first rate and deserves to be on TV in some capacity.  To anyone who isn't familiar with her work, see the films, "The Cooler", "A History of Violence" and, yes, "The Jane Austen Book Club".  To those who follow "Fringe" it looks like Kirk Acevedo is out of job again (or his he, Scarly!) and what of good ol' "Lem" from  "The Shield" Kenny Johnson?

As recently as Monday NBC was saying "Prime Suspect" wasn't being cancelled, today it looks like we are not so sure.  It's funny, whenever a geek friendly show gets the axe we all wonder, "Do you think Sy-Fy will pick it up?"  Didn't there used to be a Mystery channel?  How about A&E?  Can anyone save Prime Suspect?  Maybe we should put Peter Bishop on the case.  He's one that said there is always hope.

Hang in there Detective Jane Timoney.  I know you've taken a couple of rounds and your pulse is weak.  But I'd like to think the next couple of rounds will come in a tumbler glass maybe with a little water.  I like mine over ice.  See you at your Dad's place. 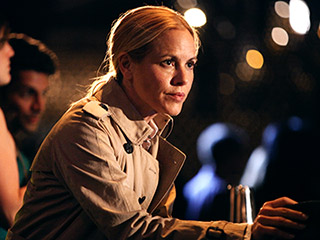