Constantine - The Darkness Beneath 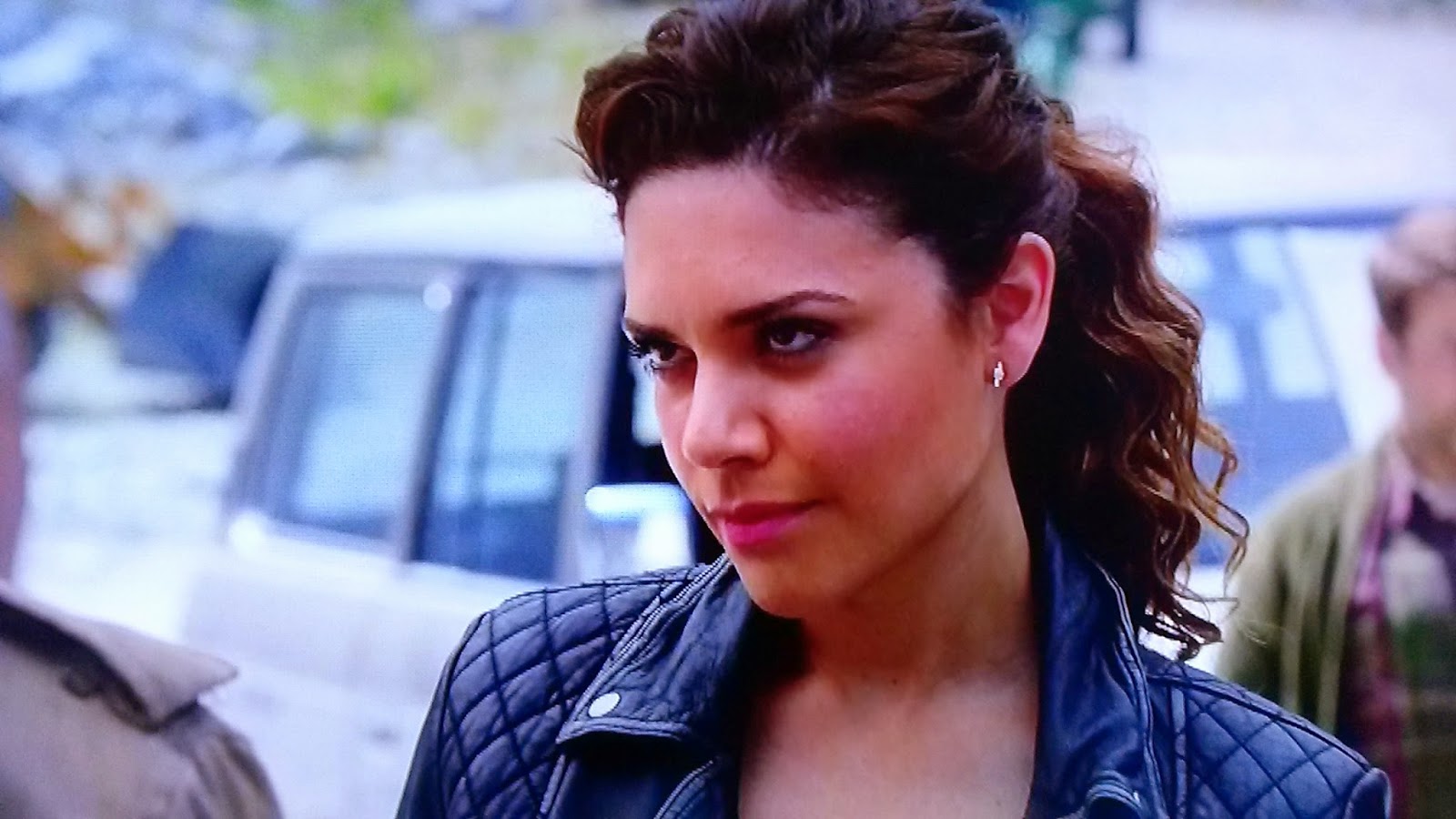 Well, that was a lot better.

Can we really credit the introduction of a new character to improve the fortunes of a show that was just getting started?

Angelica Ceyala was brought on to play the character of Zed and the show improved by leaps and bounds.  For Matt Ryan, who plays Constantine, gone was the frantic snarky nervousness.  Even in the scenes where Zed wasn't present he was more relaxed and exuded more confidence.

When Ryan was with Ceyala it was she that drove the chemistry.  See the picture above?  Acting 101, lower your chin, let the camera love you. 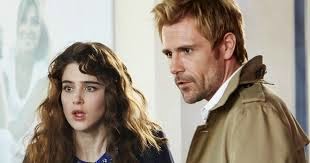 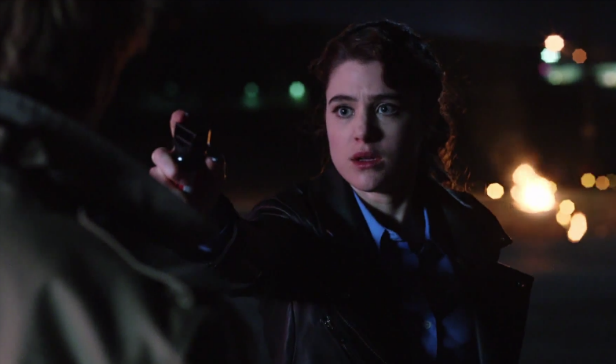 Don't let your mouth hang open in perpetual bewilderment.   Sorry Lucy Griffiths, not all of it is your fault.  Some of it belongs to direction.  But again, look at the above most picture.  We wanted tough and we got tough. 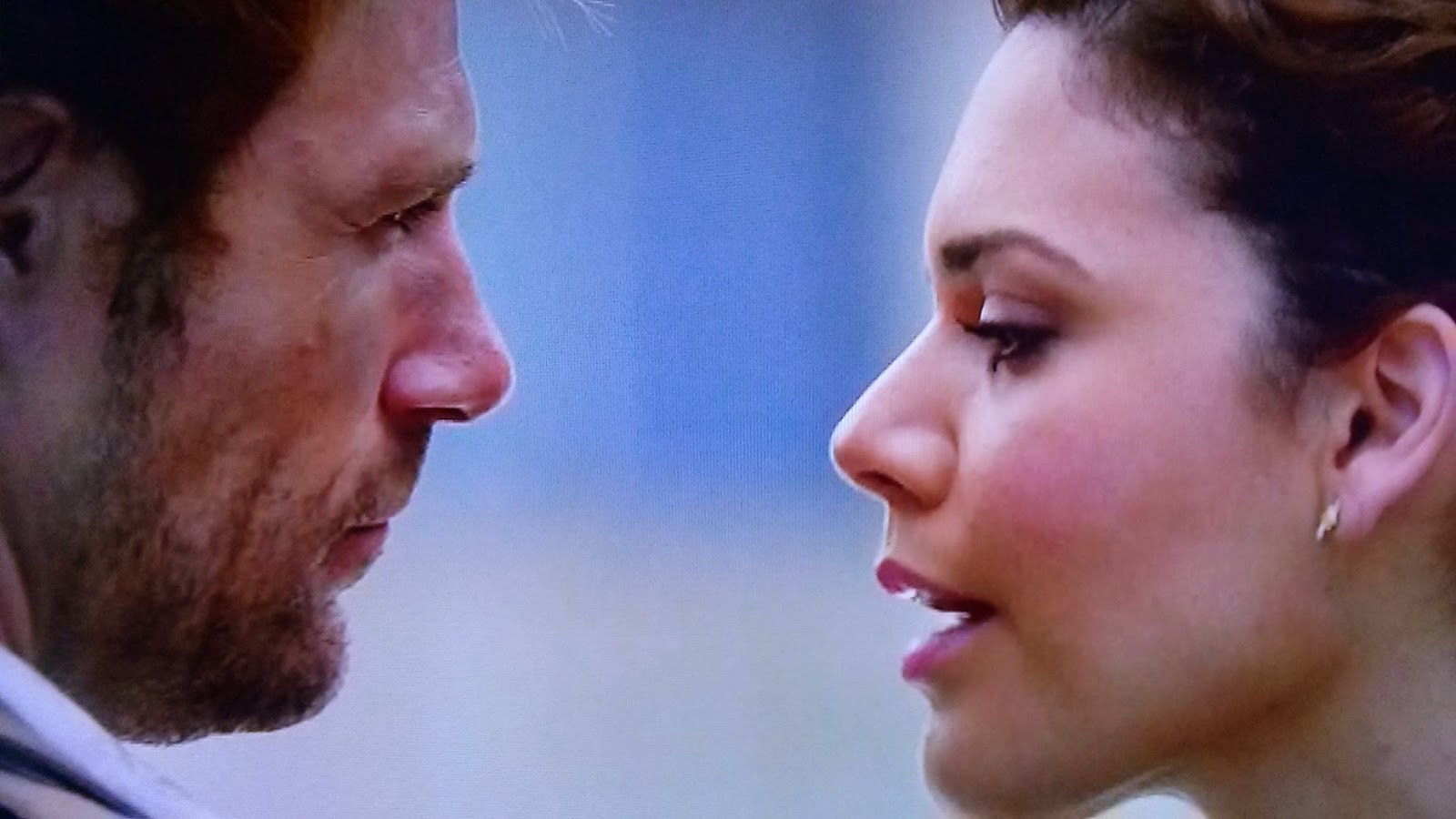 It helps to hold the frame when you are inches close to your lead actor too.  A little sexy, a little strength and a dash of courage from both the actress and the character.  Yay, well done "Constantine."   And not bad for the "Chica Bonita." 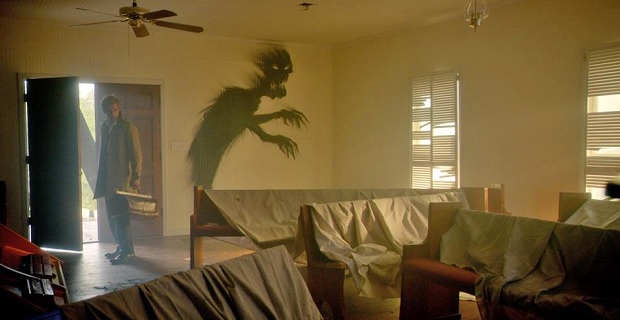 Did you know that Constantine is being criticized for being a "freak of the week" show all ready?  And it's only been two episodes!  In it's defense, at least Constantine isn't throwing heavy mythology at us too soon.  Think Fringe and Buffy.  Both shows were credited for "getting there" first.  Pull your audience in with your characters and then drop the narrative bomb on them.

Remember when Fringe went from "The Pattern" to the Red Universe?  Boom!  A nation of die hard followers were born.  (And they are still there.) 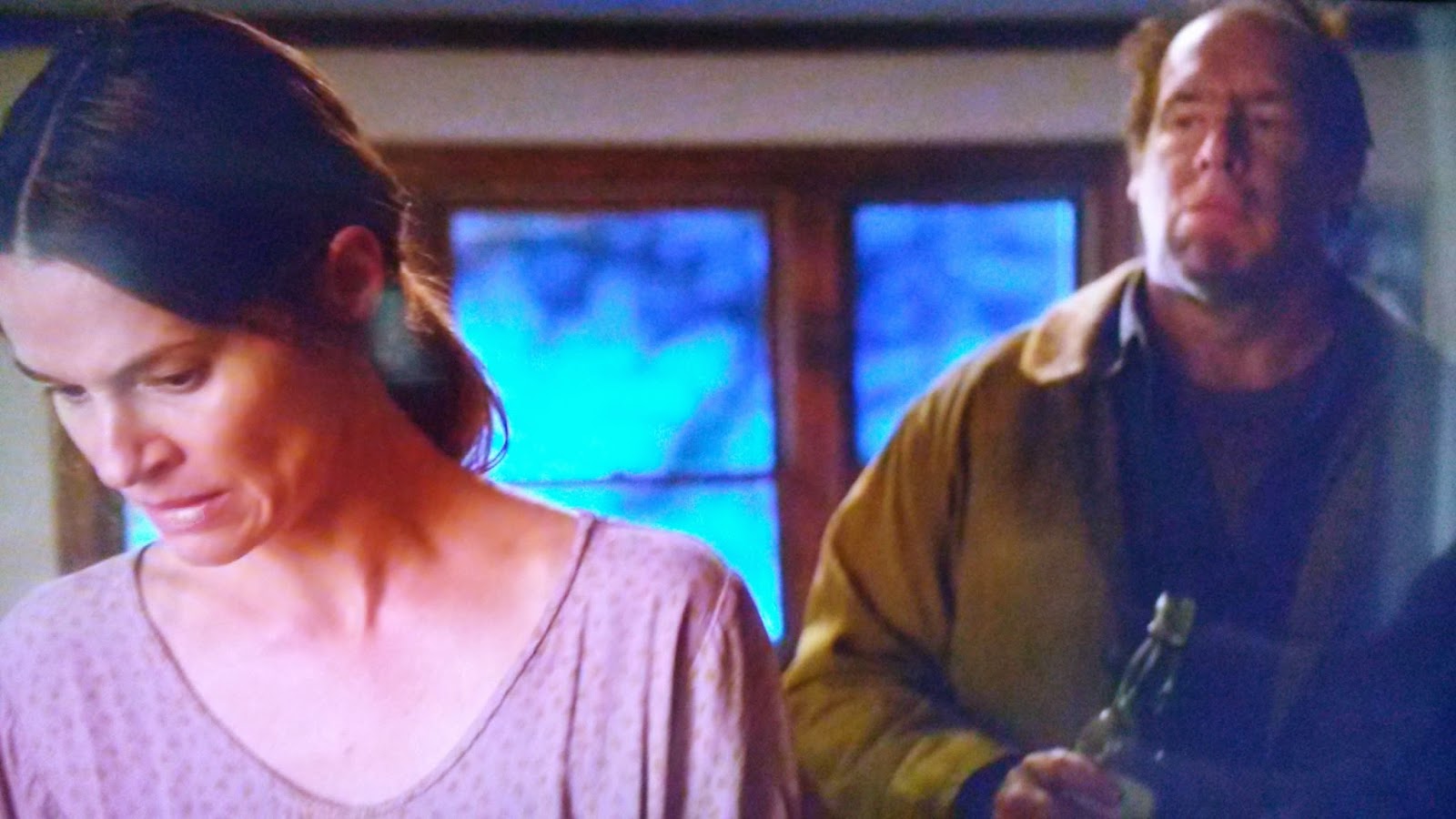 The monster isn't what we thought either.  Leisha Hailey who played the wife to Lannis was a totally sympathetic character.  Her cowed and frightened figure was juxtaposed to the crass, slovenly and domineering Lannis.  We wept for her. 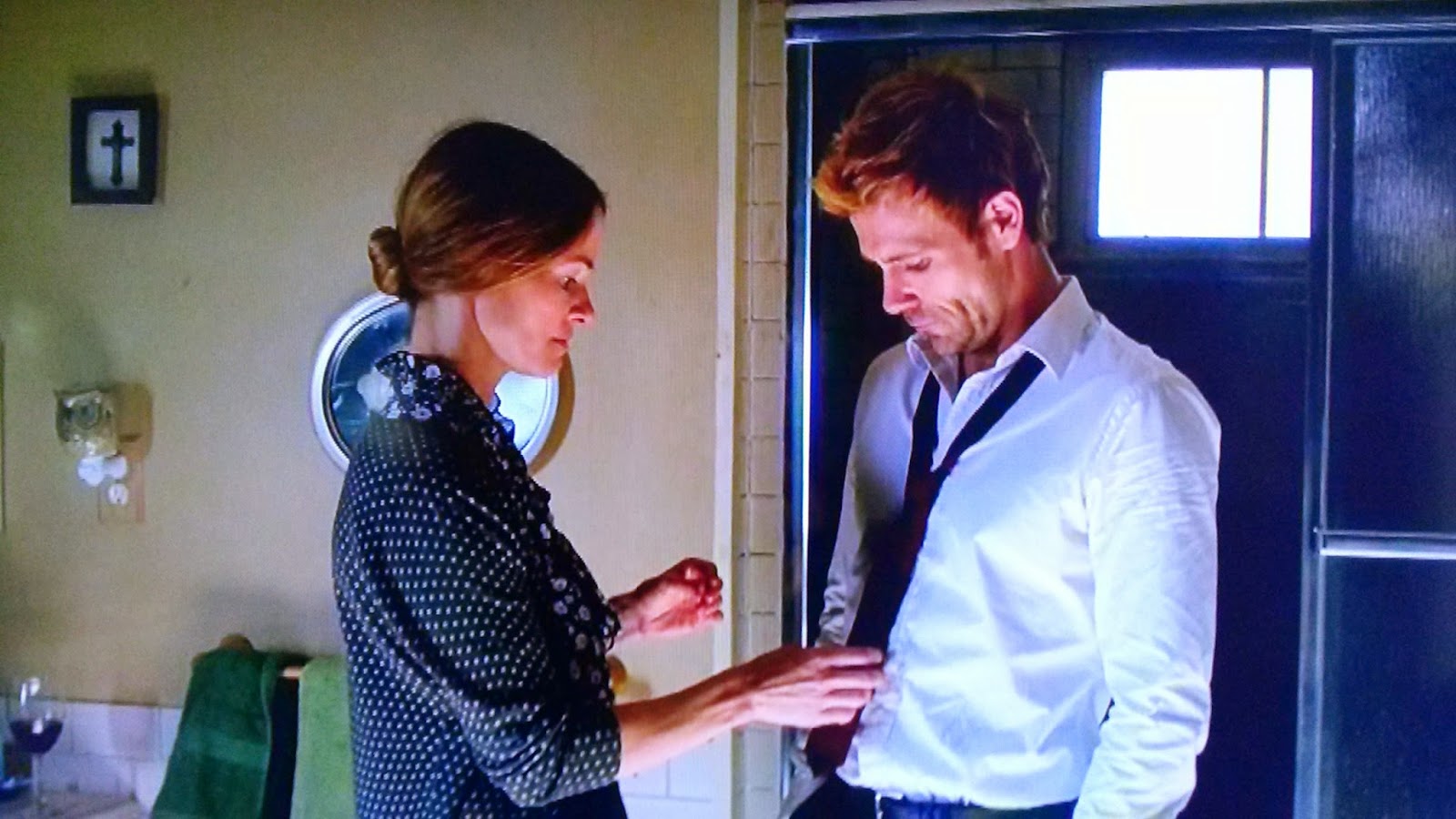 Things began to change when she came on to Constantine.  You could perhaps forgive her because of her loneliness and perceived abuse.  Constantine sensed something different.

How much was the wife responsible for?  Well, that is certainly a grey area.  No doubt she suffered as the wife to the tyrannical Lannis.  But possessing the power she had, she could have pulled back.  Instead she upped the ante and went to full on murder. 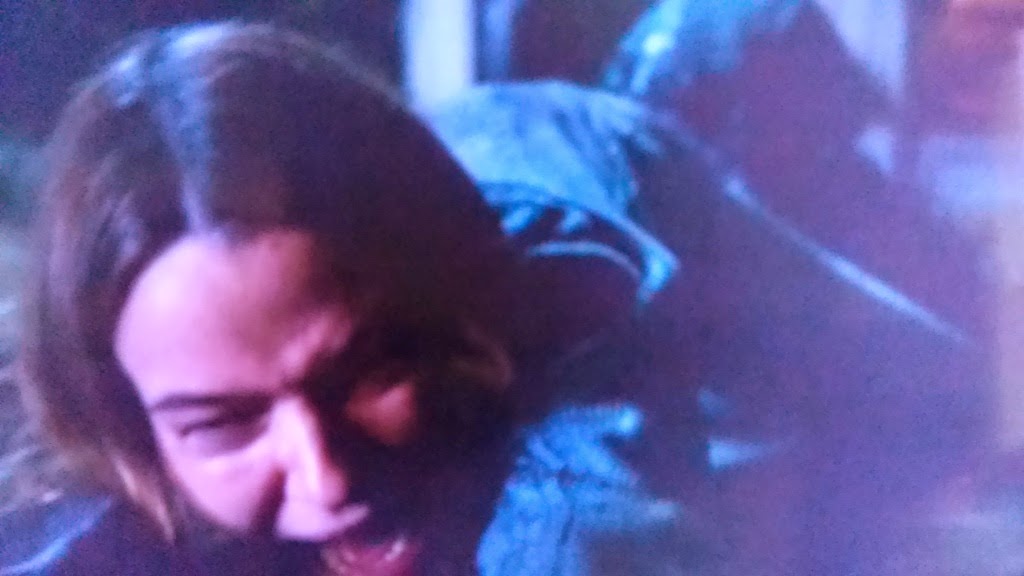 When her spectral husband grabbed her and pulled her to the darkness beneath she screamed, "I'm the victim!"  I believed her and I still do.

It's a bit courageous for a TV show to instill the viewer with a dose of perplexity.   There is a fine line between victim and varlet.  "Constantine" played it's hand and it was up to us to decide where the darkness beneath really lay.

For myself, I am still chagrined, so good for "Constantine" for keeping us off balance.

For my next blog post, what's wrong with Sleepy Hollow?  Here's a hint. 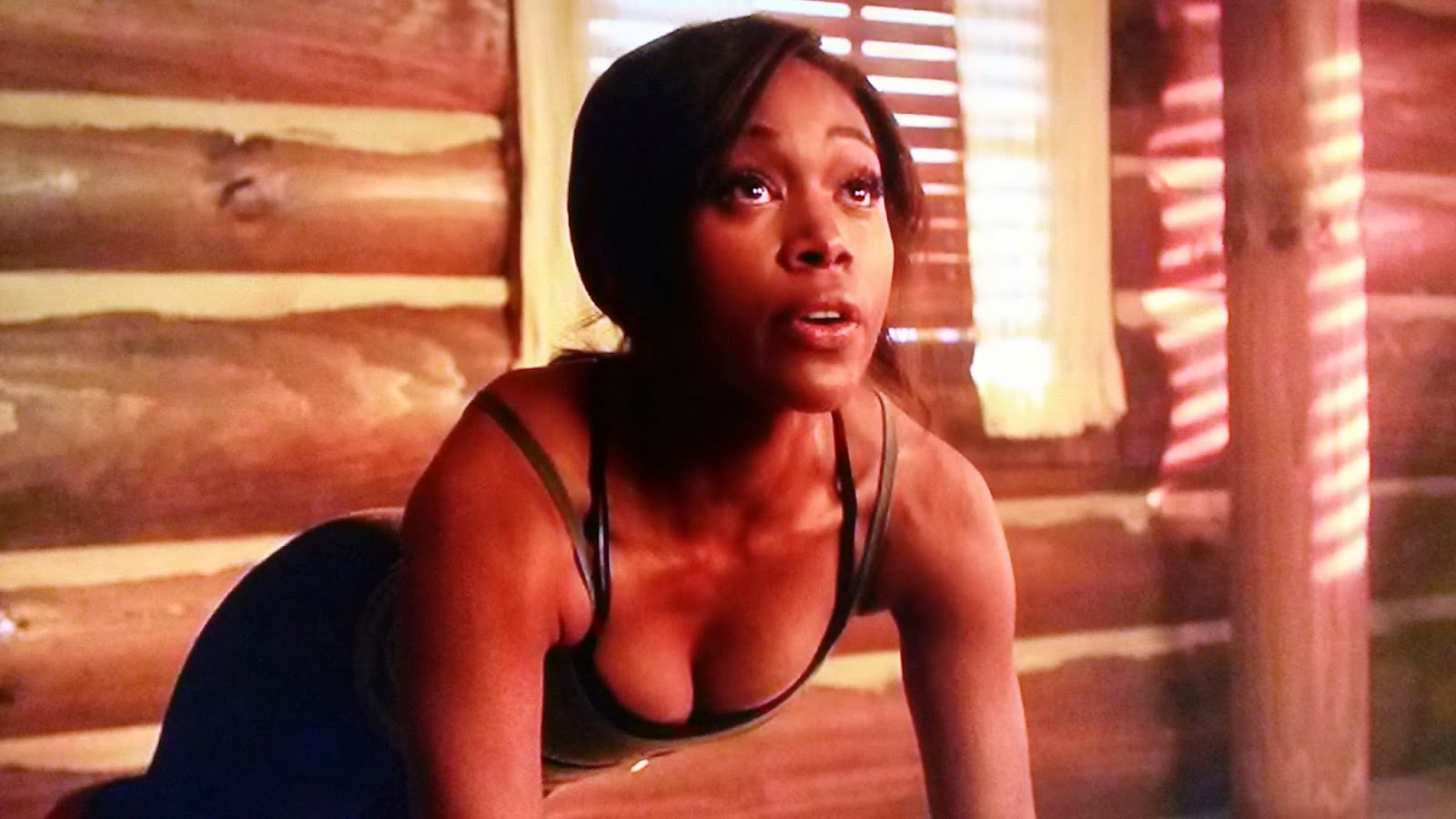