Constantine - A Feast of Friends 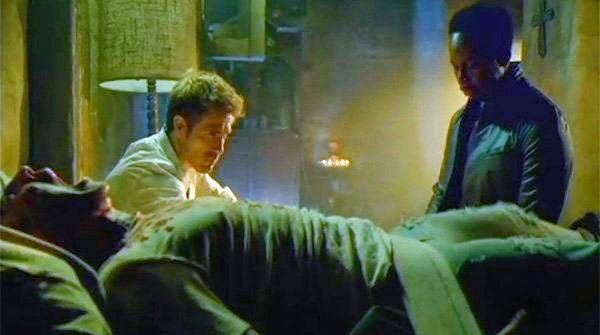 I have to say this one got to me a little.

Usually when I have an emotional reaction to an episode it's because some alien got zapped and I give it a big fist pump.  Or perhaps our hero or heroine outsmarts the big baddie and I revel in their genius and silently nod to myself feeling a kinship in their cleverness.

If you look at the above screen cap we see the aftermath of a friendship both torn and repaired.  The sacrifice by Gary Lester was of such import that Manny felt the need to be there.

John had told Zed that people die around him.  "He came to me!" He screamed at Zed when she chastised him.   I think at some level Gary knew he was going to die in the company of Constantine.  Despite his surprise at John's trickery into getting Gary to be the vessel in which the Mnemoth demon was going to die, I think he knew all along in seeking out John it would lead to his redemption and his death.

As Gary said, "Is there any better way to go out?" 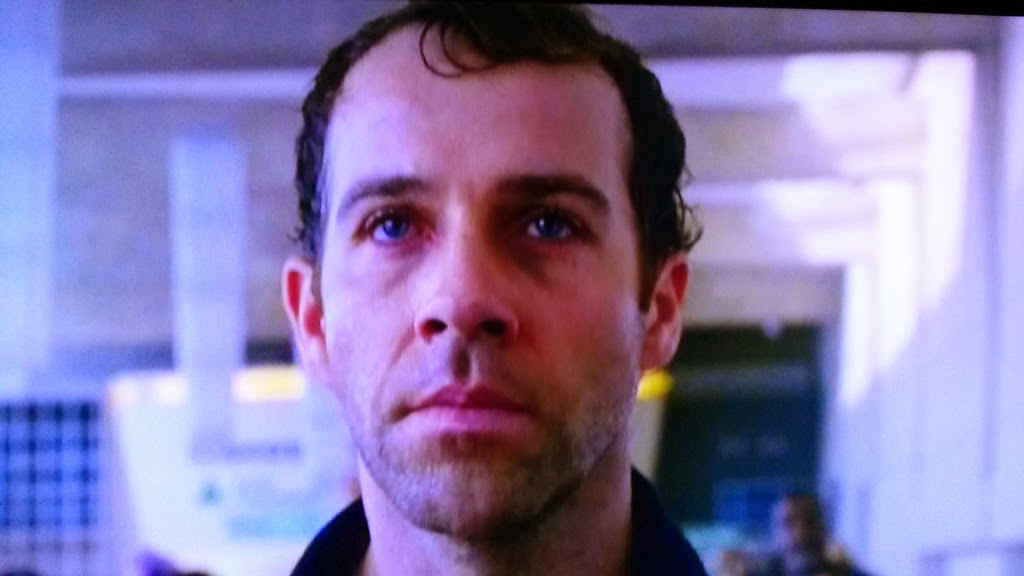 This has to be one of the best entries in this short season of "Constantine." 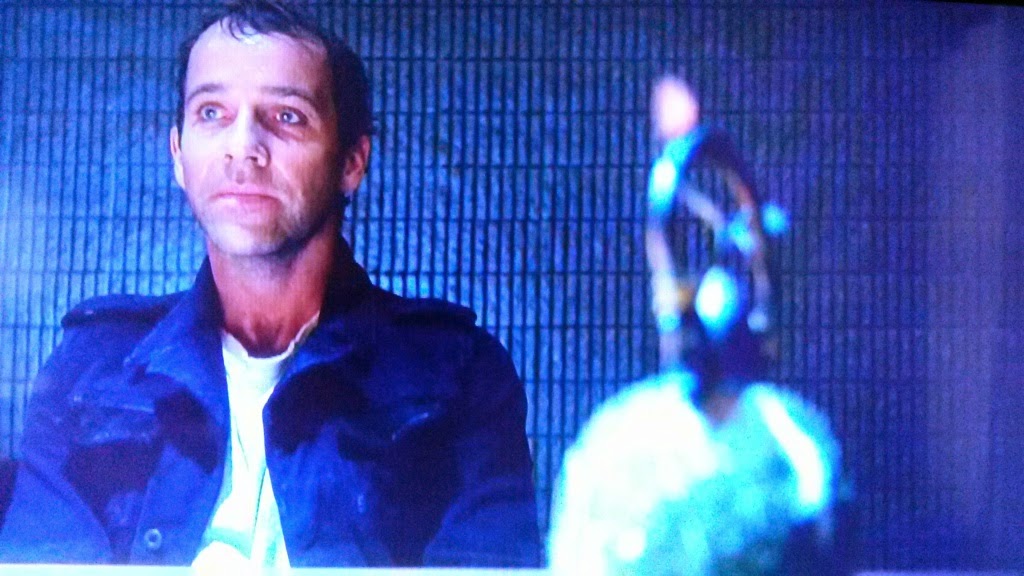 When we first spied Gary, he looked like death warmed over.  (And when Gary was questioned at the airport I had a flashback to the "Holy Hand Grenade of Antioch" as the vessel sat atop the table.) Naturally the guard failed to heed Gary's warnings and the demon was loosed upon the Western world.

This episode also served as a metaphor.  America has managed to get itself swept up in the hysteria of the Ebola virus.  When this episode was "in the can" I doubt the writers knew how close to the mark they were.  Doubtless they knew of the paranoia surrounding the deadly virus originating in Africa and possibly coming to America's shores.

But could they have possibly known how close to the truth they were? 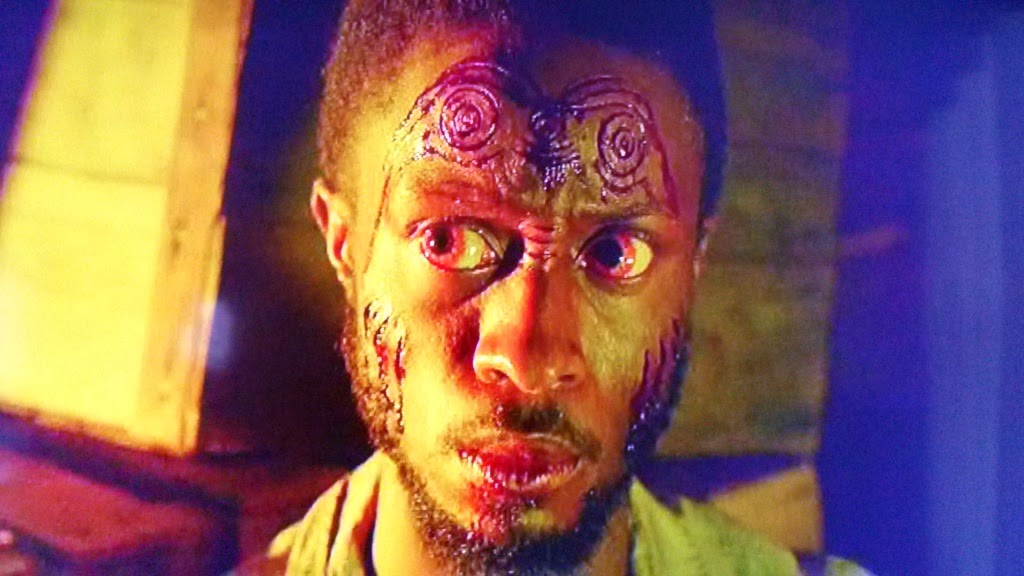 Americans can be a fearful lot.  Just take a look at the results of the last mid-term elections.  Ebola!  Terrorism!  Open borders! 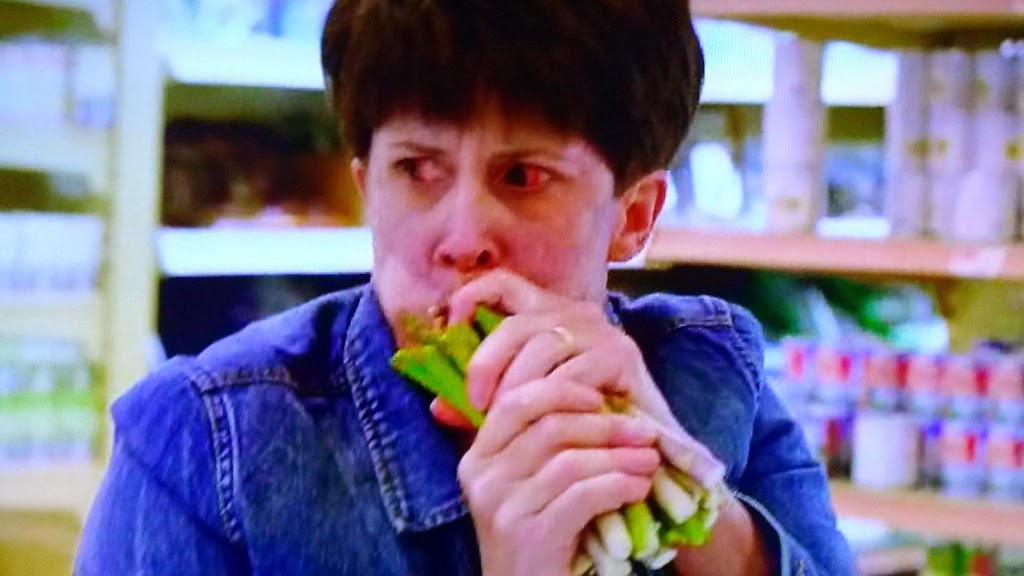 "Constantine" even chided us on our relentless consumerism and our propensity for eating too much.  (This was paired with a clever mythology dealing with famine in Africa.) 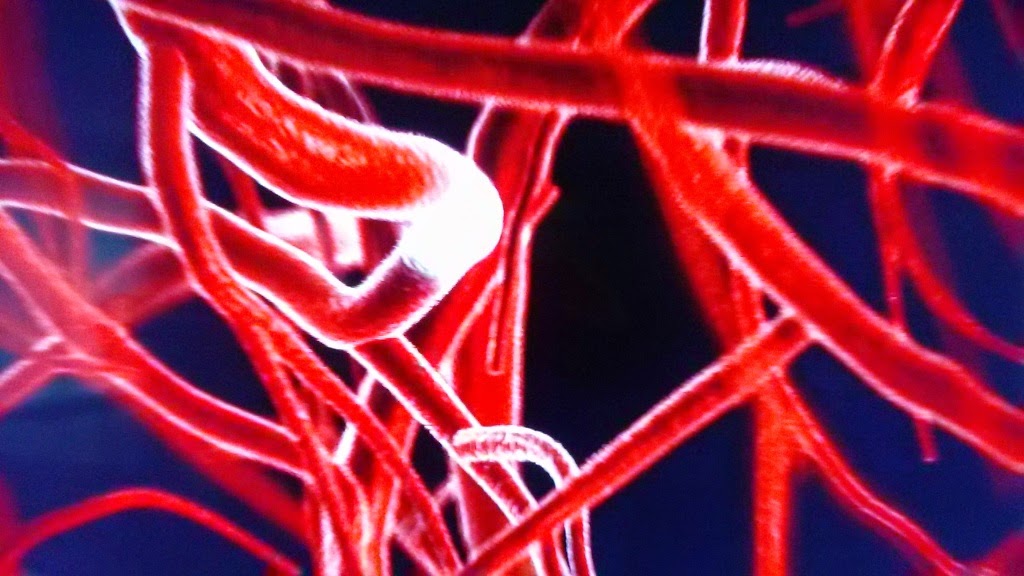 Our national addiction with drugs was also called out. 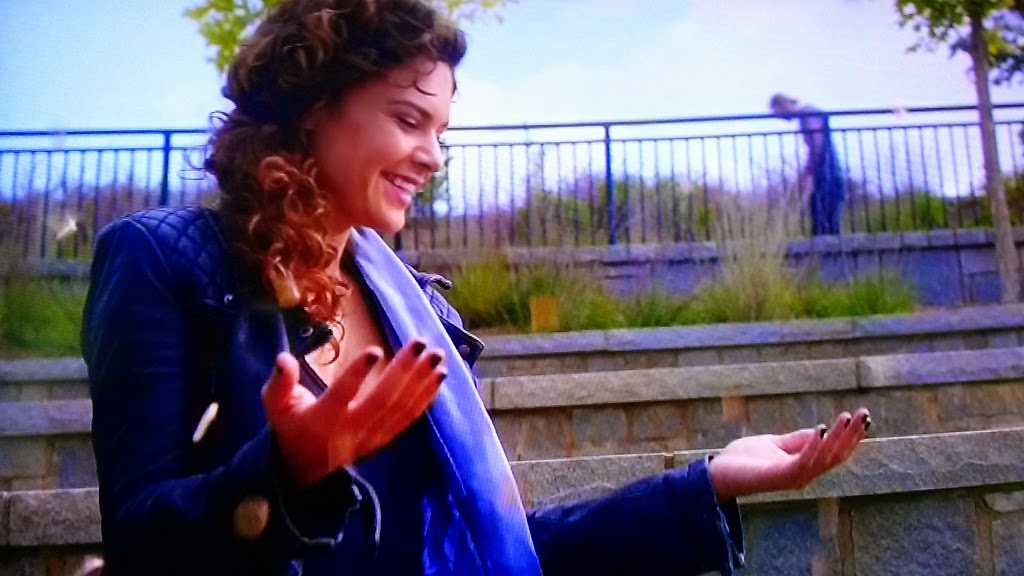 The most innocent of us, this time in the form of Zed, were not immune.  Zed had professed to Constantine how clean she was.  She didn't need the psychotropics that hard drugs delivered.  Yet she, like us as a greater society, cannot escape the pain of addiction and withdrawal on a national scale.  Zed spoke for all of us when we claimed to be untouched by it all.

We're not, and sadly, neither was she. 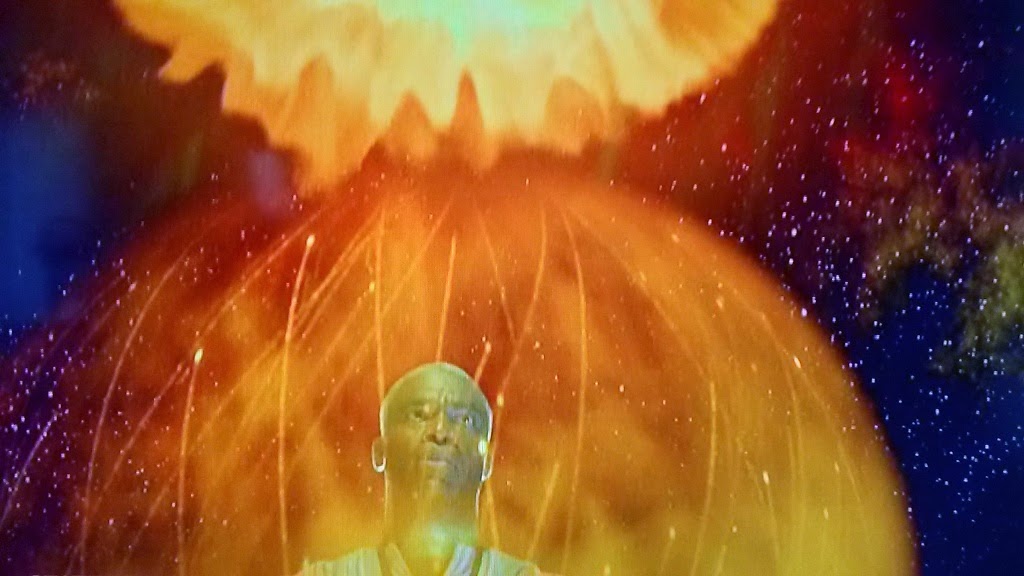 Speaking of drugs, the creep factor was set on high in this episode.  It all started when John went to visit his friend Nommo for help.  We got one of the creepiest scenes we've borne witness to on TV for a long time. 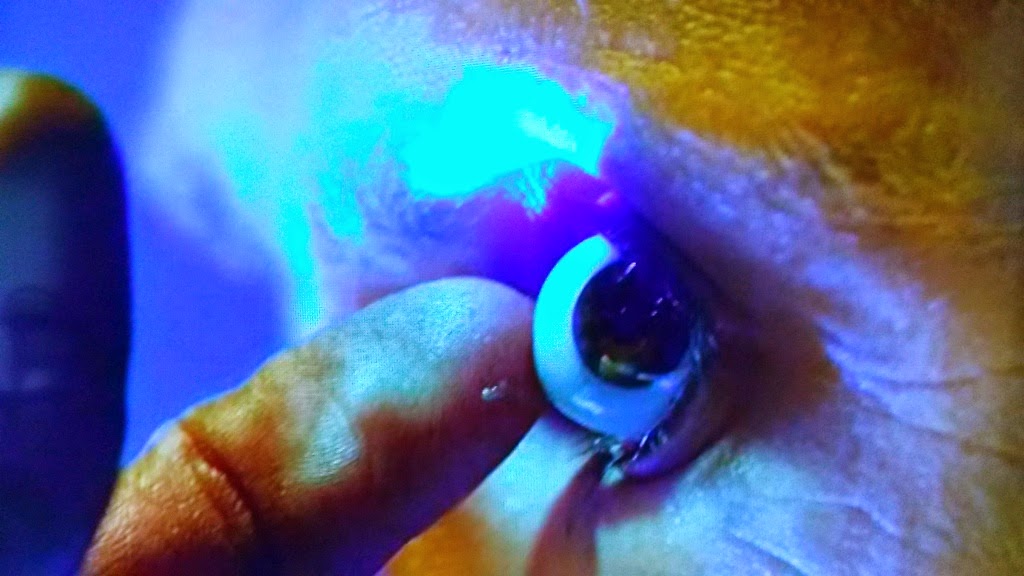 Eyeball plucking is one thing but plucking and sharing is another.  So creepy good and wonderfully clever. 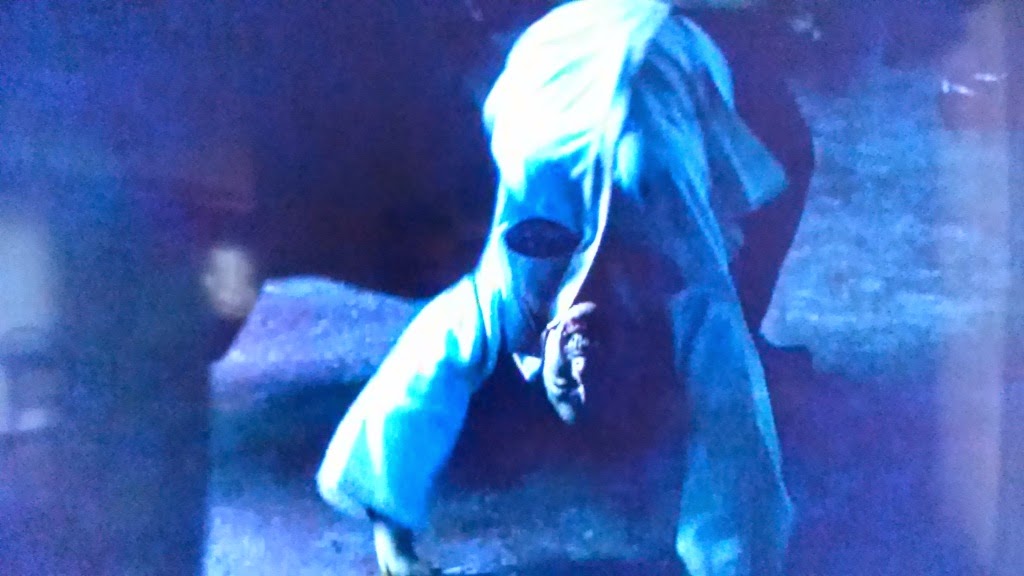 How about the possessed worker that came at John upside down?  Wow, so scary.  Did you know it drew a stunning resemblance to a deleted scene from the Excorist movie?

God, I'm glad that wasn't included in the original film.  I can only take so much. That's not to say this entry wasn't without a little comedy.  In fact there were several great moments of humor.

Poor Dave, I always feel for characters that share my name. 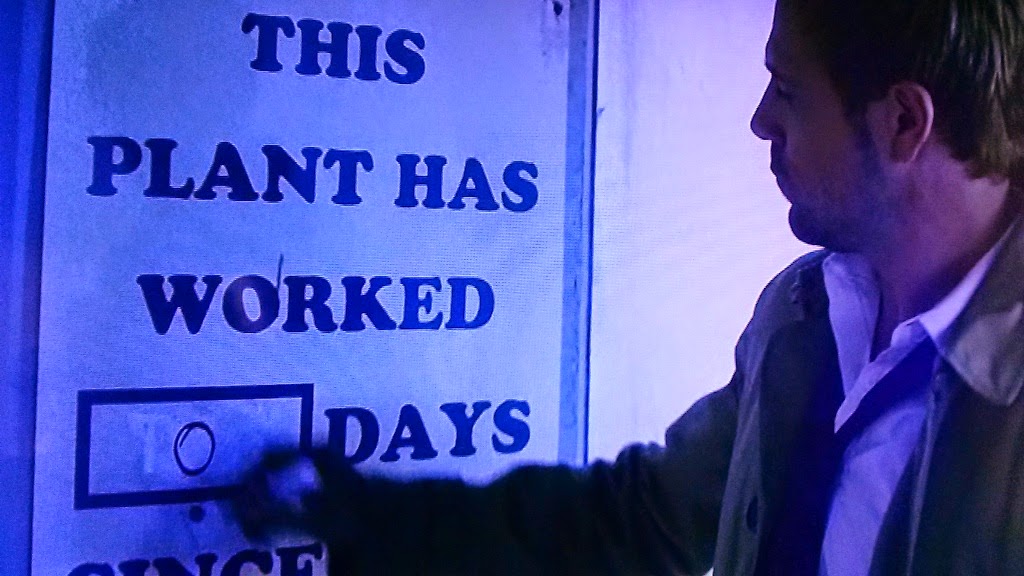 Not that Dave's fate was funny but this was.  So much for the days without an accident!  Nice touch John. 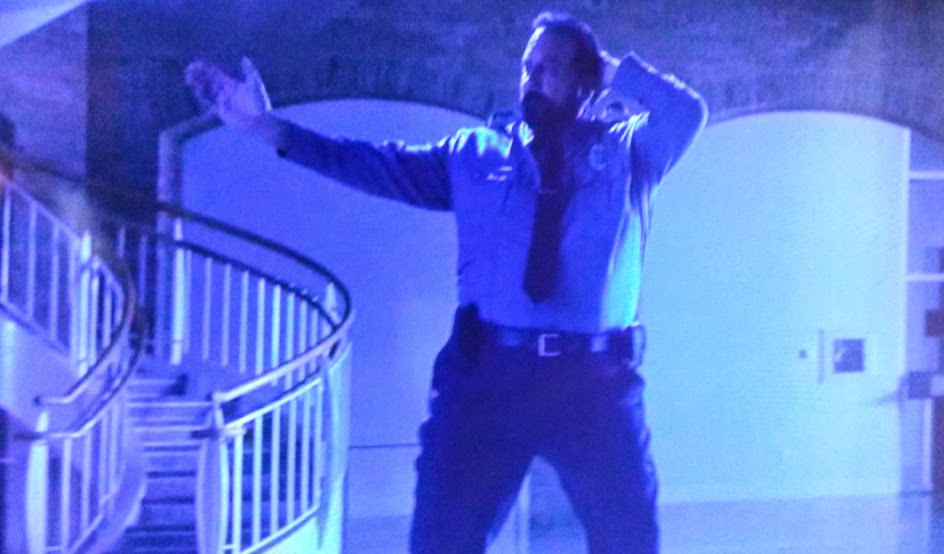 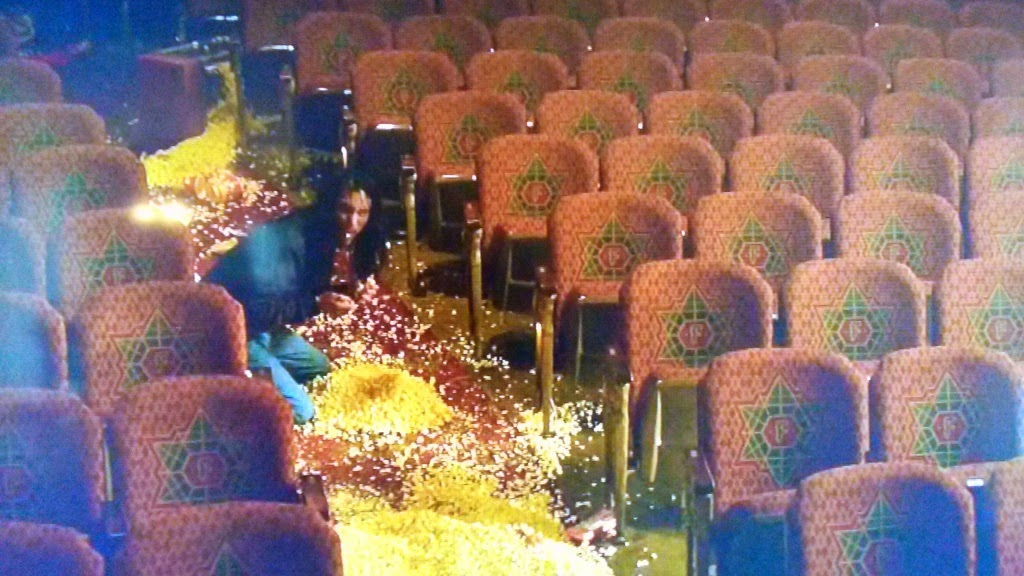 I think not so much, but did you notice the chair backs all had that "Star of Solomon" that we first saw when John was carving it into the glass vessel he was going to use to trap the Mnemoth demon?

I wonder if they were digitally placed there as an Easter egg or they actually found a theater with those chairs and thought, "Hmm, I think we've got something here." 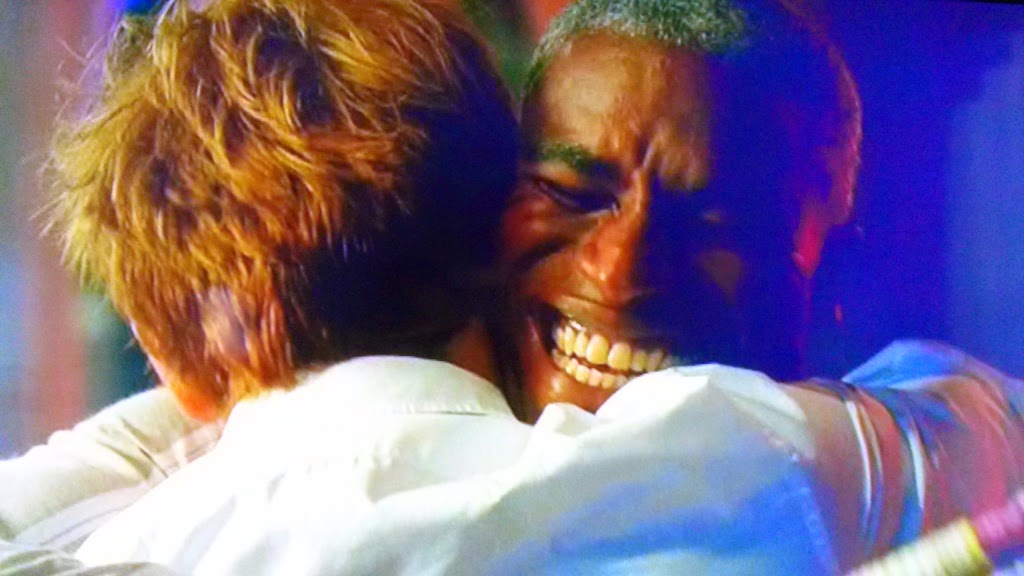 I could have used a hug as this episode came to a close.  We were called out on our collective paranoia, our rampant consumerism, our propensity for over indulging and perhaps our collective intolerance too.

"Constantine" plays to our fears and it is a better series for it.