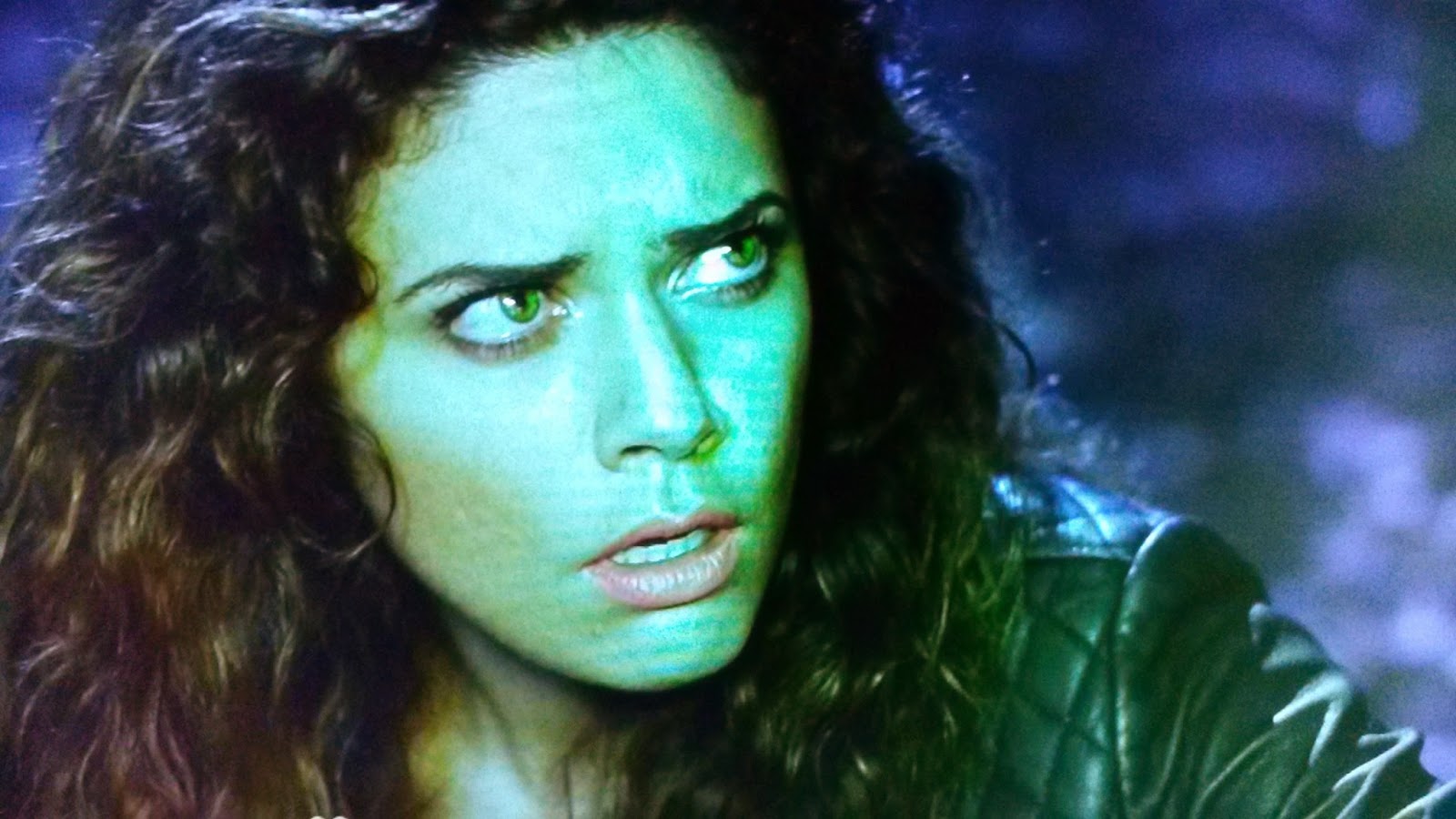 There is another reason for Zed being a little green.  The late word is that production has been halted for Constantine.  That means no back nine to fill out the season for this freshman entry.  Is that a death sentence?  Not neccessarily. 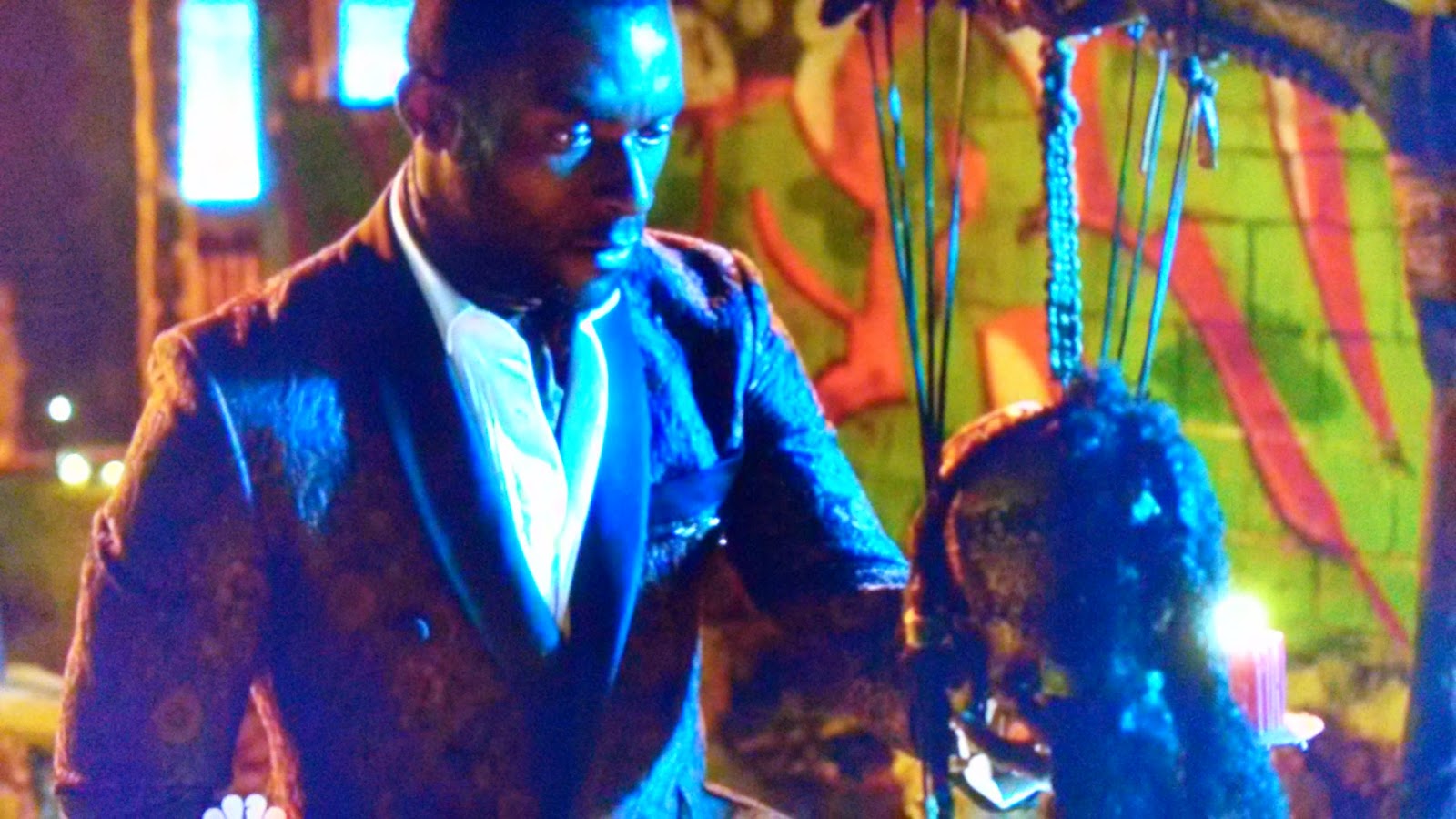 Oh, Cedilla!  Look into the future sister, what is the fate of Constantine?

If you follow this link over to IGN.com you will get some hopeful news that all is not lost for Constantine.  I like their reasoning and it helps that the showrunners are drumming up support for their series.

Still, I feel a little shot full of holes. 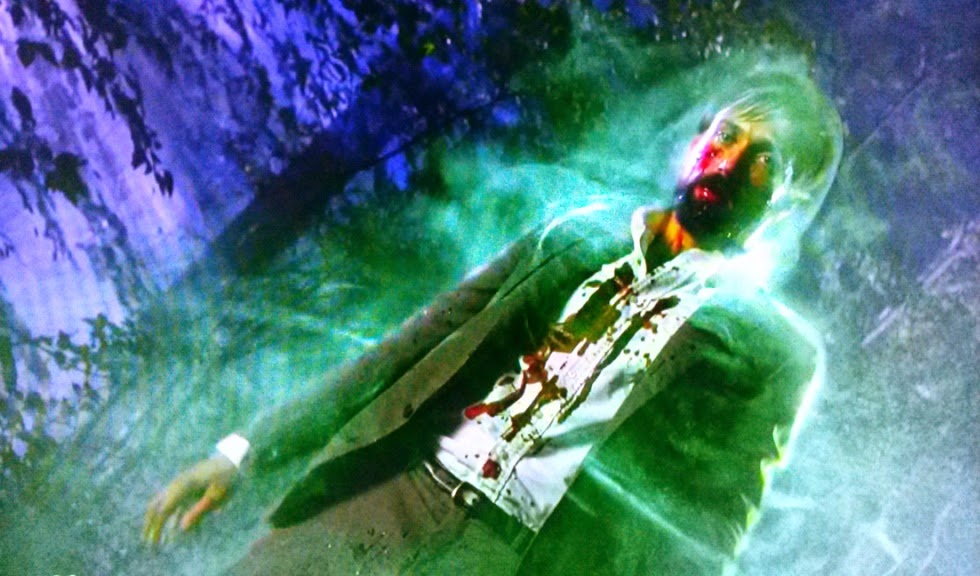 Damn, we finally get Jim Corrigan and the show is almost as dead as he appears to be.  I want the Spectre!

"Constantine" actually went a little further than I thought with the introduction of this character.  That green glow that surrounded Corrigan was truly awesome as Zed gazed at the future superhero.

Really, I thought they were going to "Danse" around his future self but instead we got the eerie form of the Spectre. 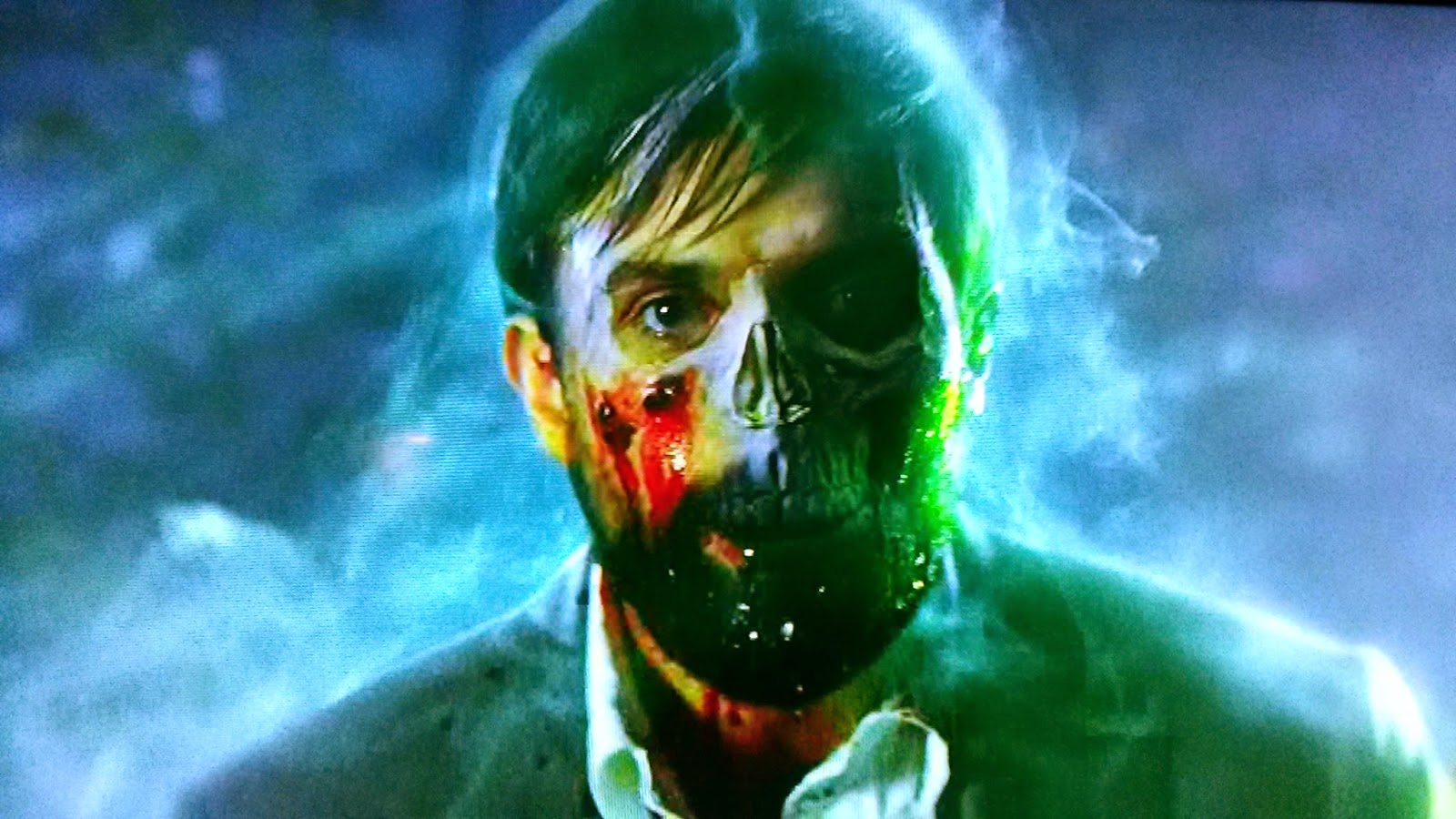 Can you imagine what they were going to do with this character?  Just look at that face! 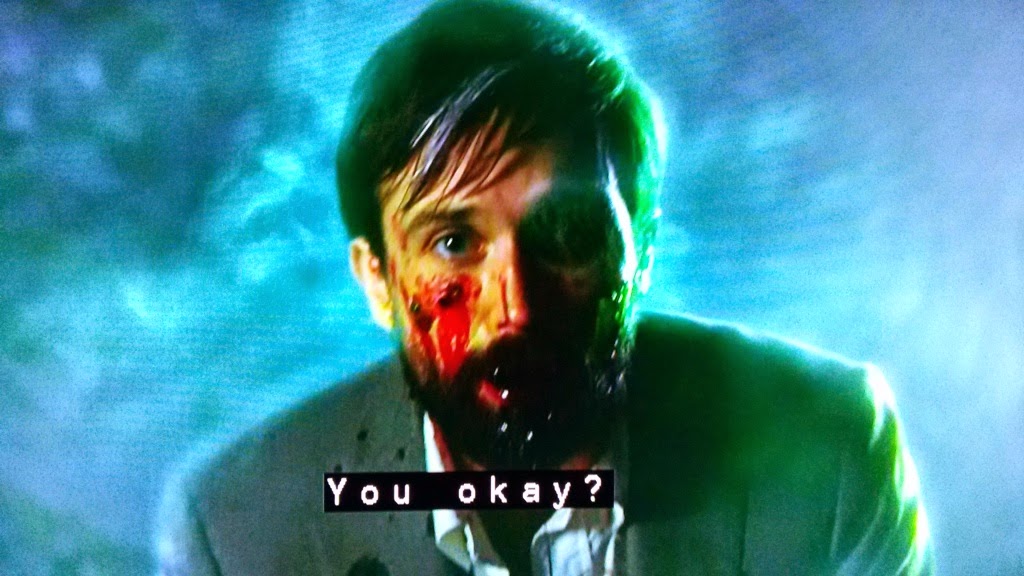 Let's hope the introduction of Corrigan will be enough to pique the interest of all the fan boys and girls out there.  Can we throw in a little more Dr. Fate too please.  Let's get that DC fandom rolling! 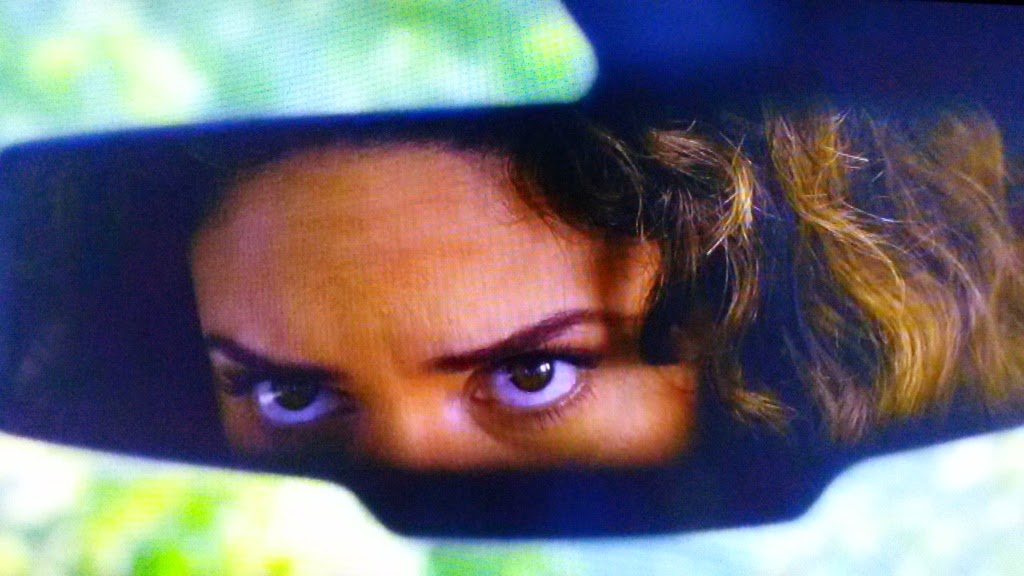 I liked how they tied the characters of Zed and Corrigan together too.  He remembers her face and promises to keep her secret from her "family." 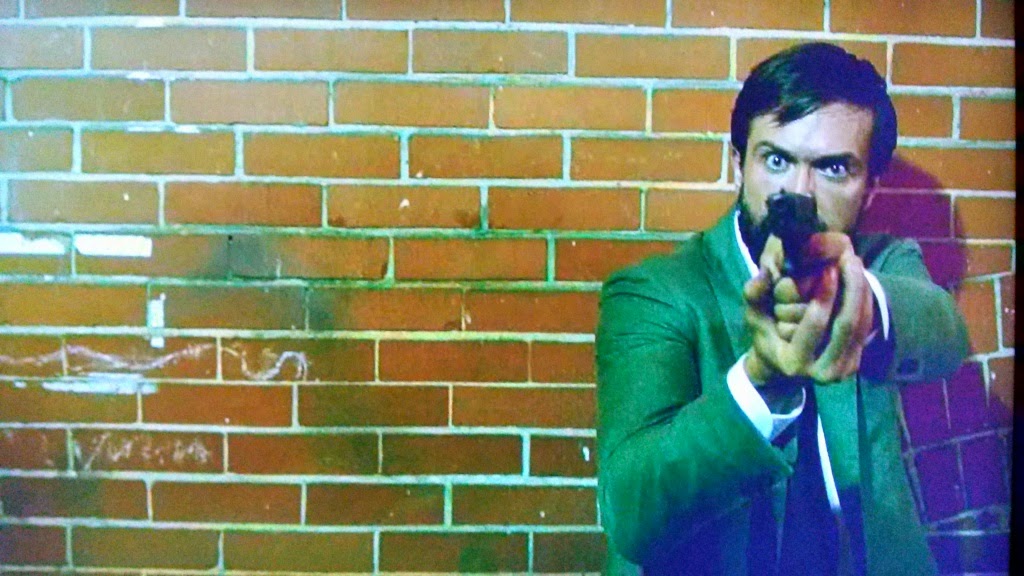 For her part, Zed has a secret to keep from Jim.  She already had vision into his life and played it cute when she first met Corrigan. 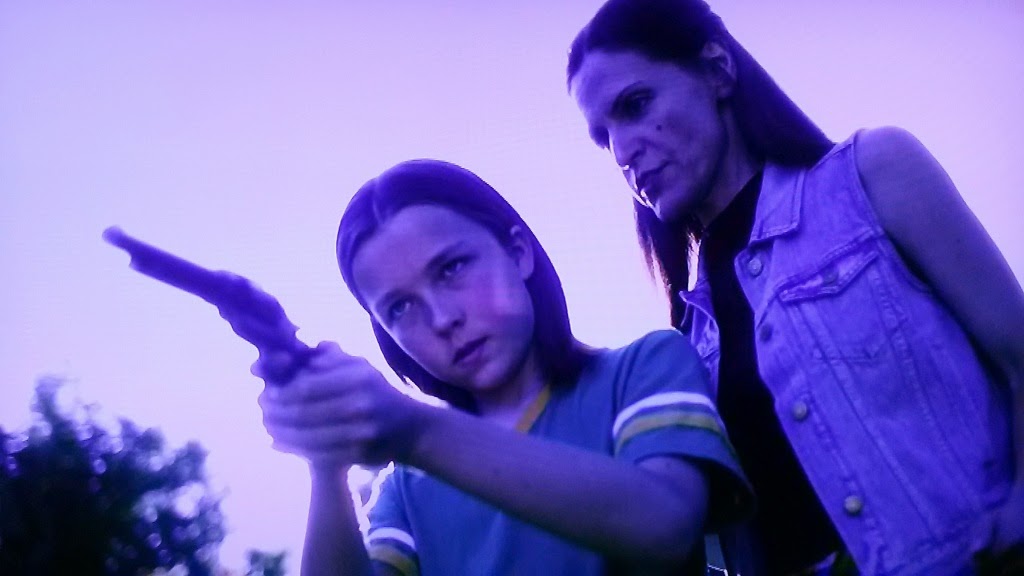 Now she knows a lot more.  His boyhood past with his mother teaching him how to shoot will eventually figure into him having to protect himself.  His mother must have known a thing or two about Jim's fate.

Poor Zed had to turn her face away from Jim as the tears began to roll.

She's not the only one that feels like crying.

(Also take note of how similar the eyes of Corrigan and Zed are as she looked into the mirror and he shot at ghosts in the alley way.  That was very well done.) 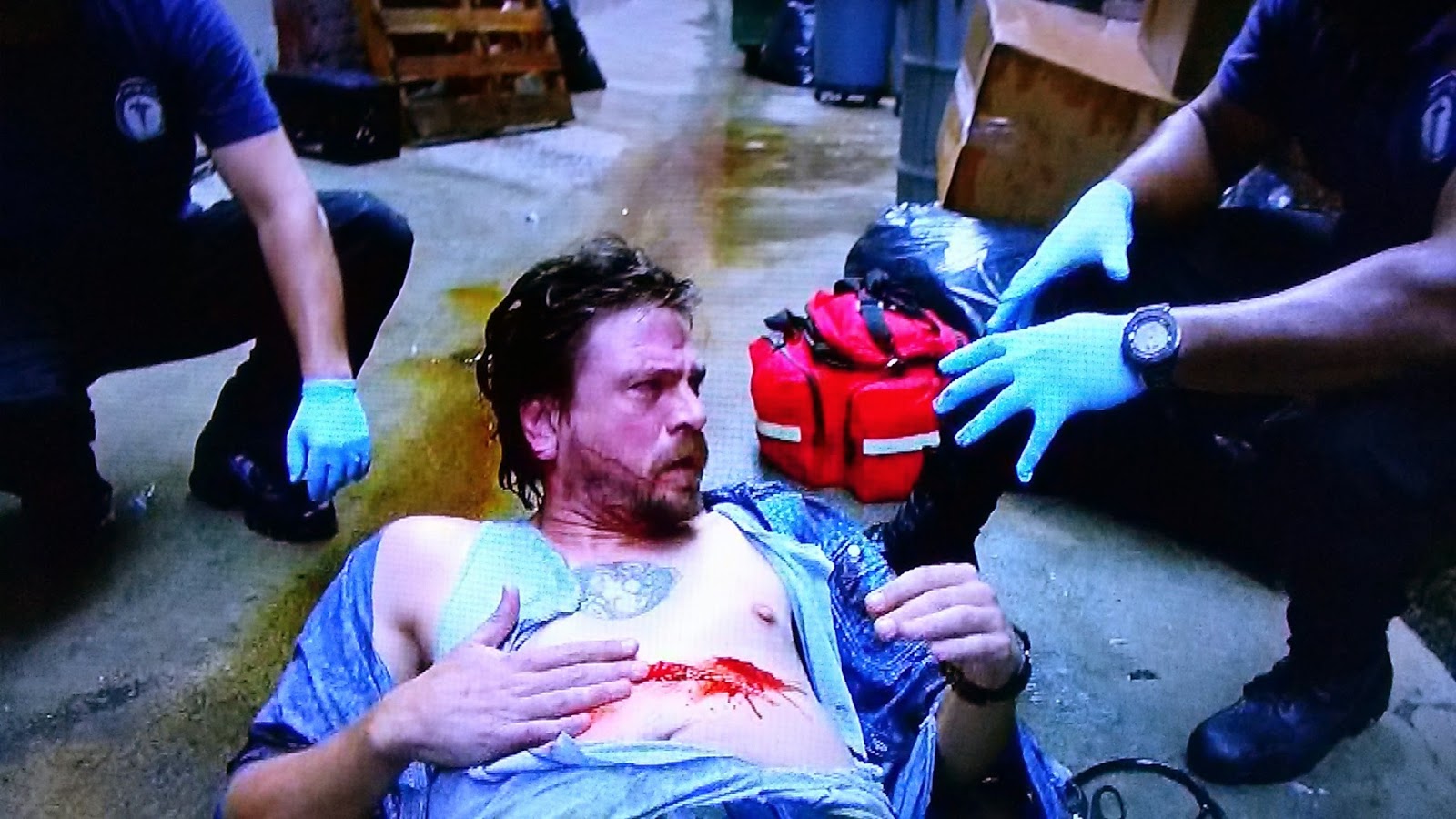 Maybe "Constantine" can pull a Chas and bounce back.  You know, this is all just a little bump on the head. 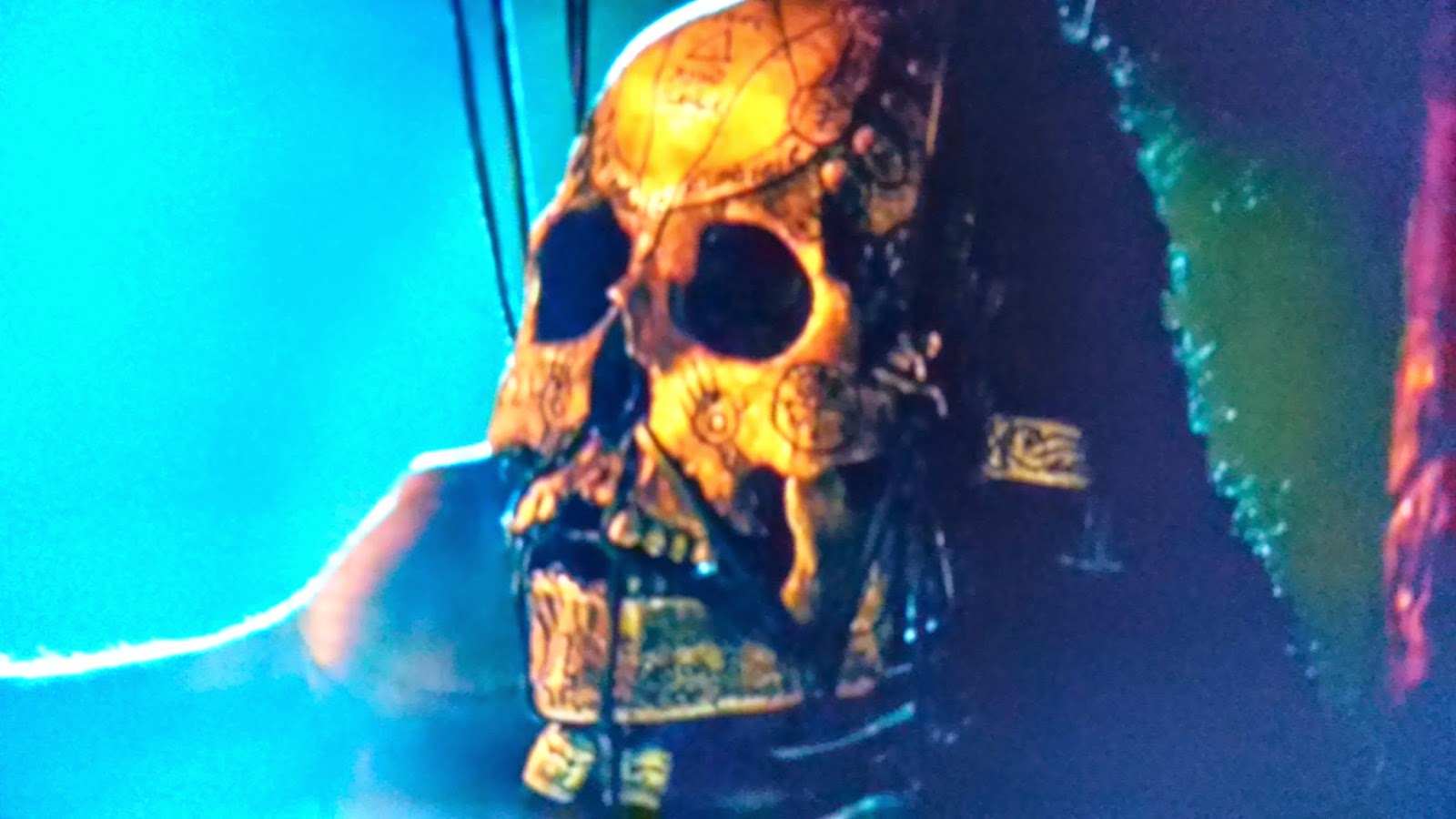