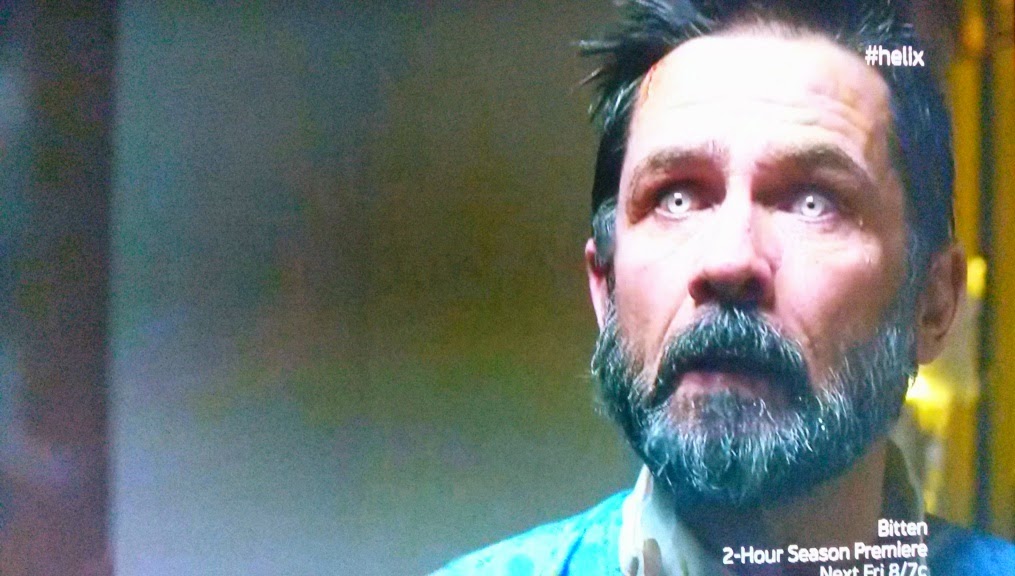 No, seriously, I did.  Remember that episode,  I think it might have been, "The Ascendent" where Alan says to Julia, "What happened to the woman I fell in love with?" and she answered, "She became immortal."  It was then that the seed was planted.

How better to compromise Alan's plan than to bring him into the fold.  Not only that, but make him a possible victim of his own plague.  That should throw a monkey wrench into the works.

The third leg of Julia's plan to immortalize Alan was done out of love.  Together forever. 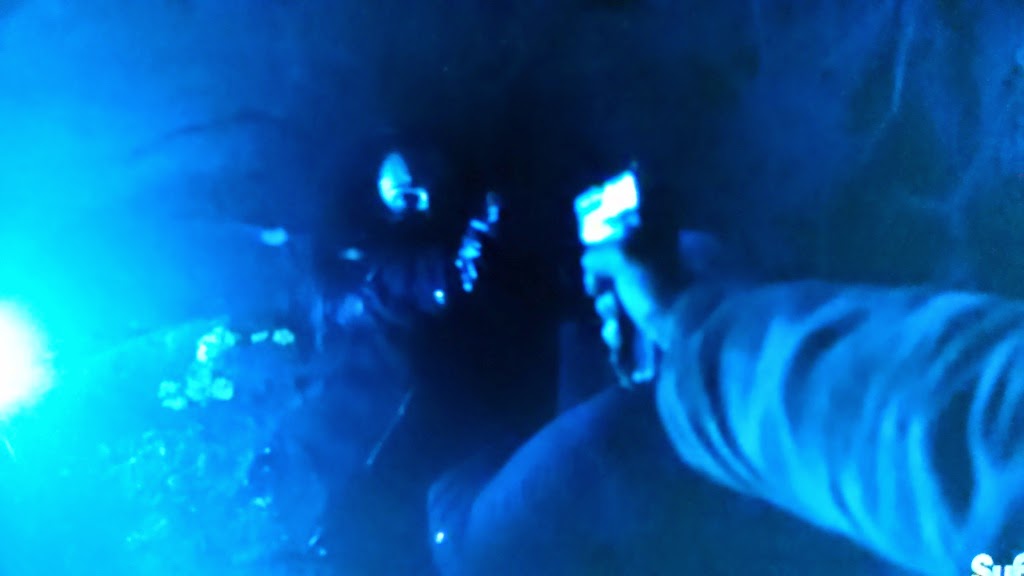 You know its love when you engage in a Mexican standoff during the penultimate episode and a shot rings out as we fade to black. 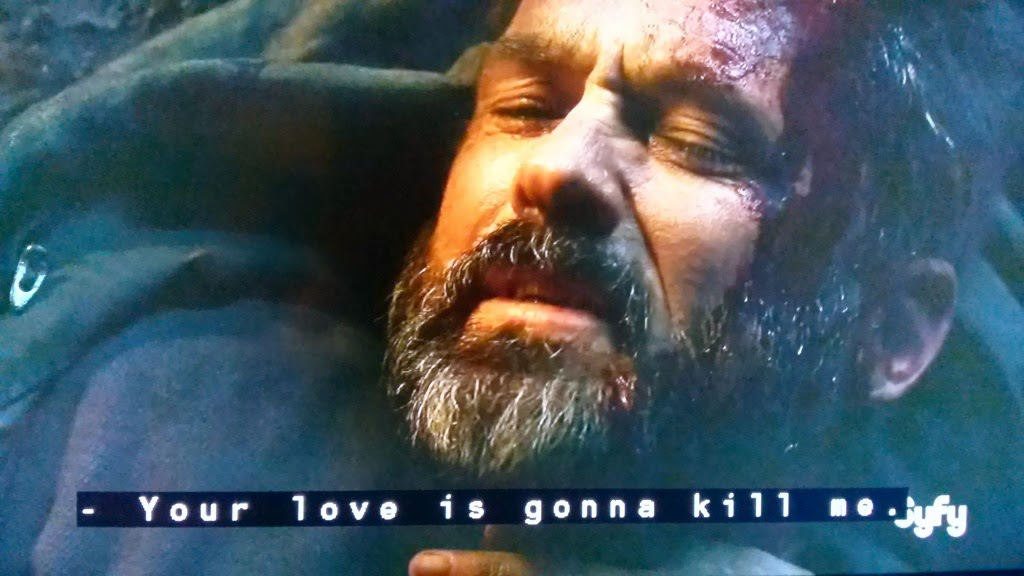 Didn't call this one!  Julia actually shot him.  Just a flesh wound.  Usually, a TV show will play it safe when we get a cliffhanger like that one.  The shot will miss or it will hit a light fixture and it will fall disabling one of the shooters.

Nah, she shot him. 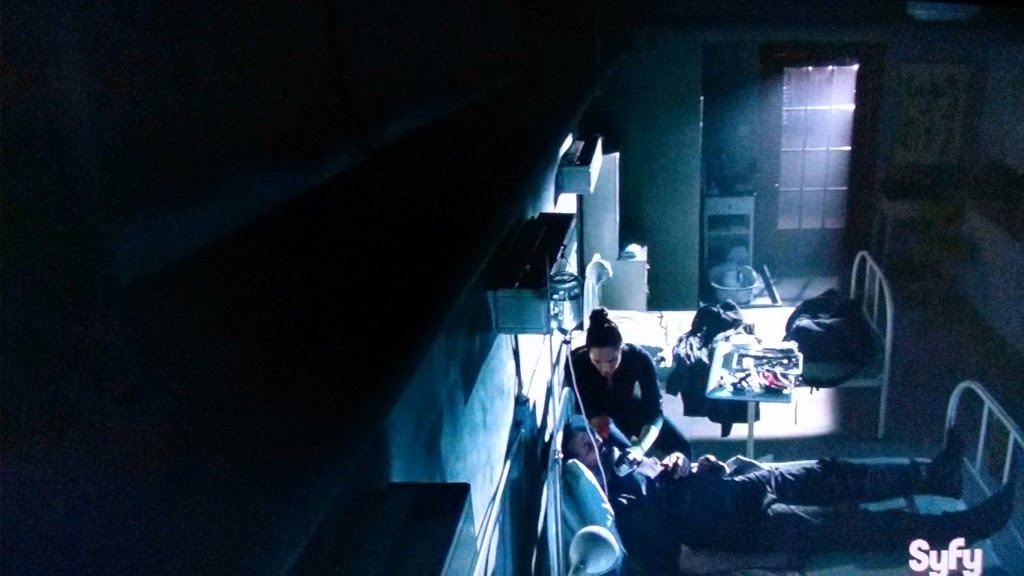 The last three episodes of Helix were pretty decent.  Why?  Because they finally got back to the main mythology and the fight against Ilaria.  And now that fight is internecine. 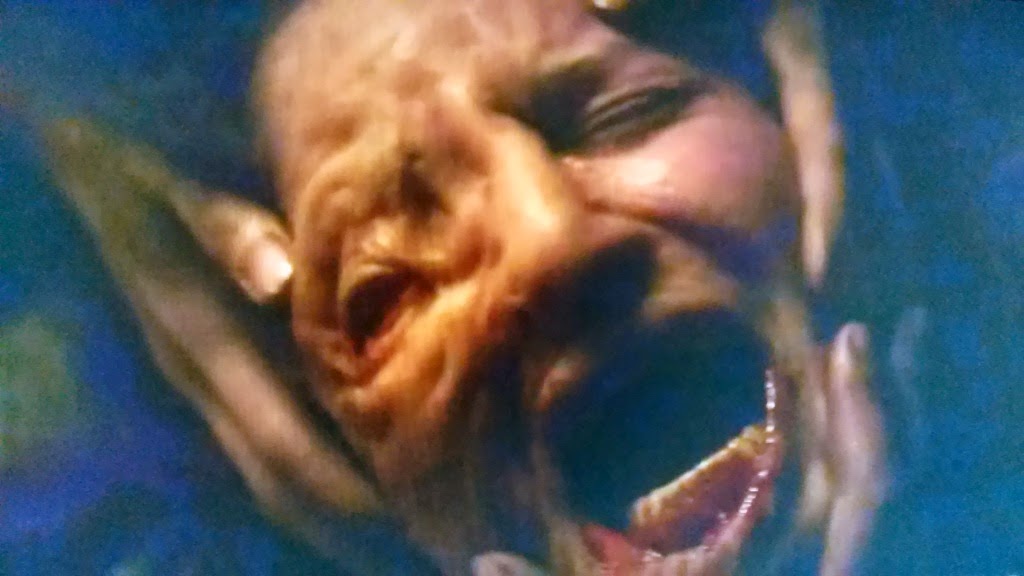 And to think we wasted all that time with the ridiculous "Michael" plot line and the even worse "Amy" follow up.  Why, I ask you, why.

I wonder if Helix endangered its renewal status with that bizarre tangent. 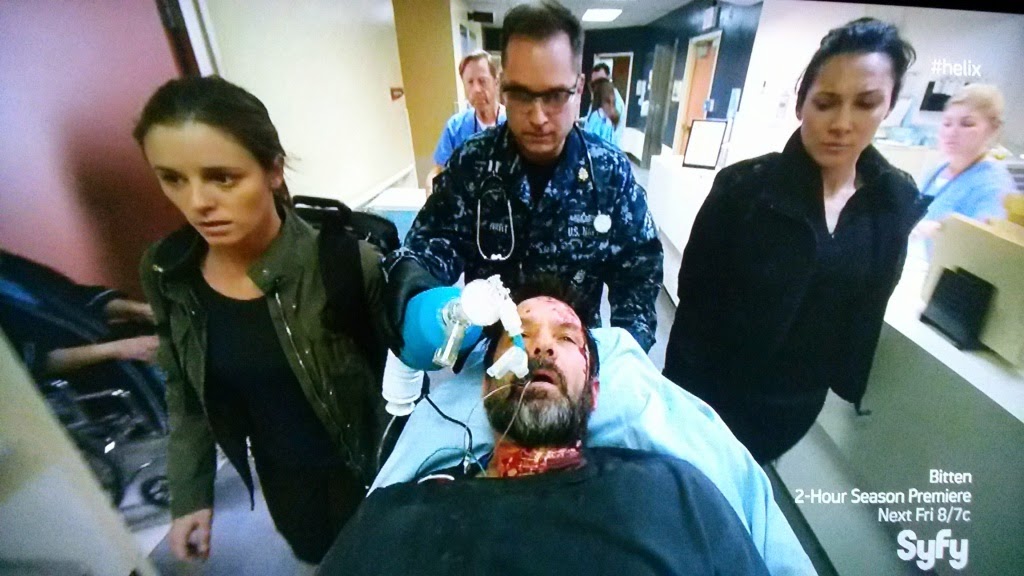 It looks like we've seen the end of the Alan/Sarah romance.  I didn't call the baby's demise either.  I thought for sure with the ghoulish nature that Helix adopted this season the little guy would survive and grow into something incredibly strange.  Now that link between Alan and Sarah has been severed.  Then again, all three are immortal now.  They should really make Kyle immortal so "Hotzone" will have someone to storm the beaches with. 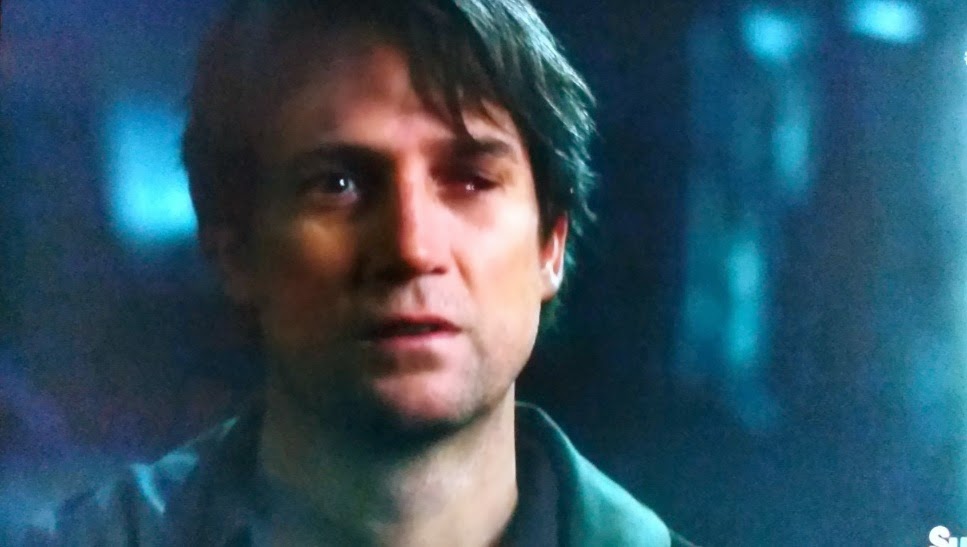 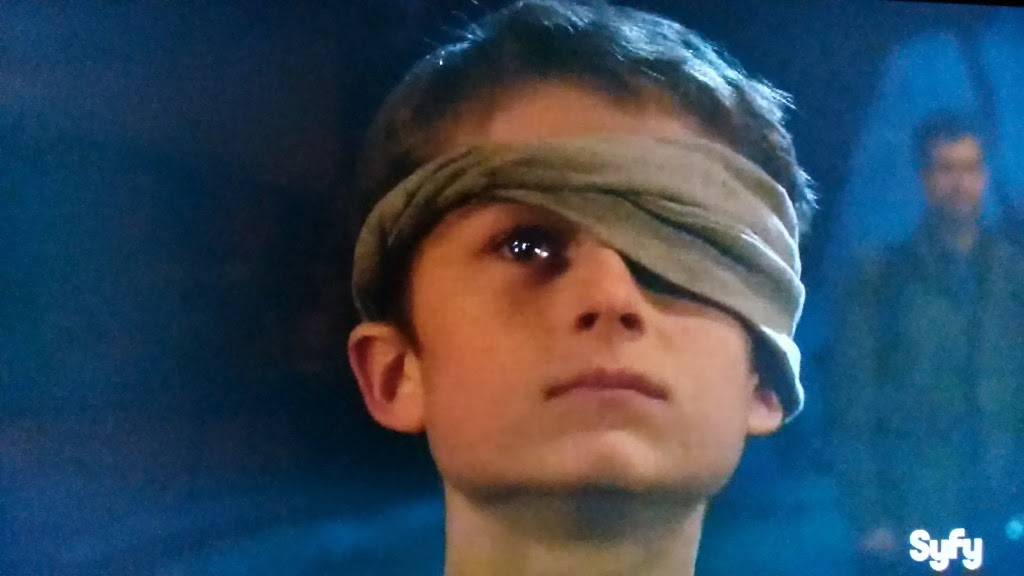 We also came full circle with the identity of Caleb.  He's Soren!  Still not sure why he had beat up Julia so badly to start the season.  He had to know who she was.  Maybe it was per Alan's instructions as a little payback for getting shot.

"Yeah, if you see Julia again, knock her around a bit for me.  Then drop her that San Jose clue again."

That's another thing we finally got back to, "Do you know the way to San Jose?" 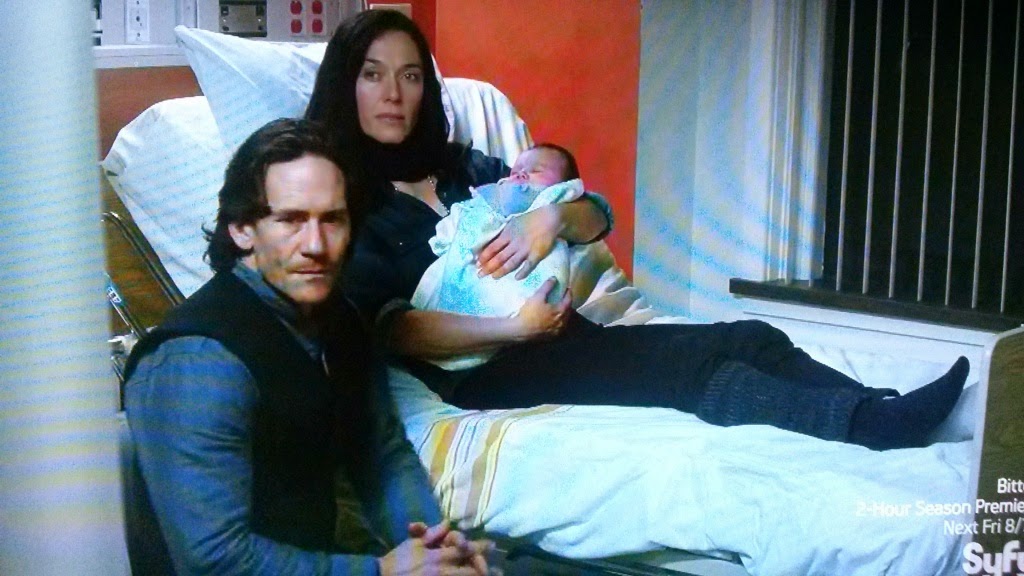 Speaking of love stories.  Is Peter a redeemable character?  I can forgive him for being a goo spitting zombie but a blood thirsty murderer?  Is there a depth he hasn't sunk to yet?  You know if there is a season three he'll find out Alan is an immortal and he'll have to be one too. 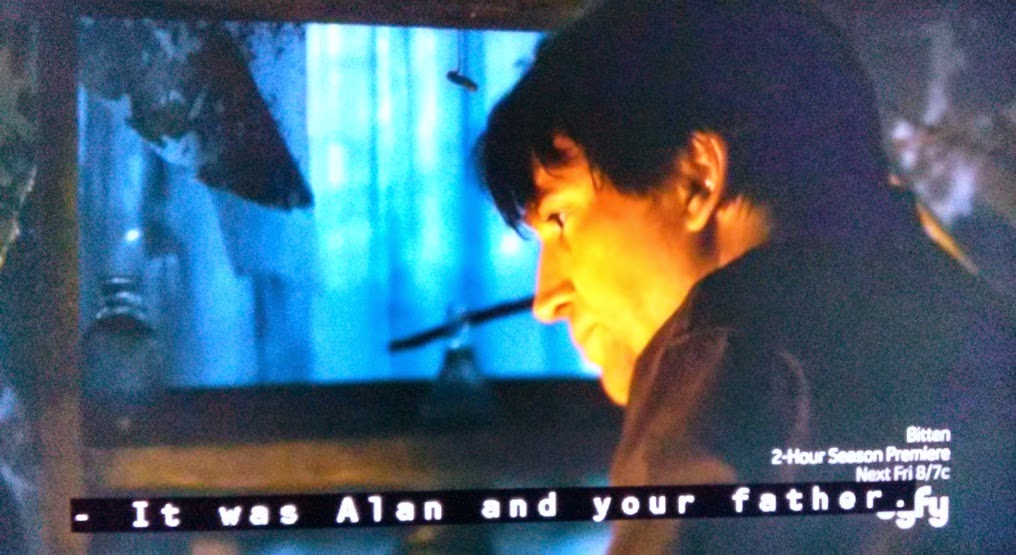 So what about next season?  We're done with the Island right?  There is that intervening 34 years between our final sequence and Julia returning to the Island.  It would also afford Helix a chance to reconnect with Hatake and what he was doing there with Alan.  (Come to think of it why is Caleb/Soren still there?)

Hopefully, we'll all find our way to San Jose.  Is there someplace isolated and confined near there that can give us that trapped paranoid vibe we got from the Arctic Biosystems set?  Is Alcatraz too far away?  I can see Hatake working in a secret subbasement beneath the prison.  That should be suitably spooky.  That place gave me the creeps during the daytime.

I can also see Hatke working in the wreckage of  Arctic Biosystems.  Scavenging what he can in order to pursue his work.  Packing up his dead loved ones for the trip south.  And most importantly, a visit to "The White Room" and getting the heads properly crated so they can be reattached to whatever.

Maybe Helix will go the love story route.  Heaven knows "shipping" is all the rage for TV and social media these days.  I checked the ratings over at tvseriesfinale.com and it showed Helix down 62.22% in the 18-49 demo and down 59.4 % in overall viewers.  That's not good.  If they do go the love story route at least they can set former and current lovers and brothers against each other.  Then they will have to come together like some dysfunctional band of Avengers in order to defeat a greater evil.  BTW, that would be Ilaria Helix writers.

Good luck Helix.  Find a way to bring Hatake back and have him reattach Constance Sutton's head to, hmm, let's see.  Michael's body?  No that wouldn't work.  Daniel's body?  Noooope.

I'll have to think on that one. 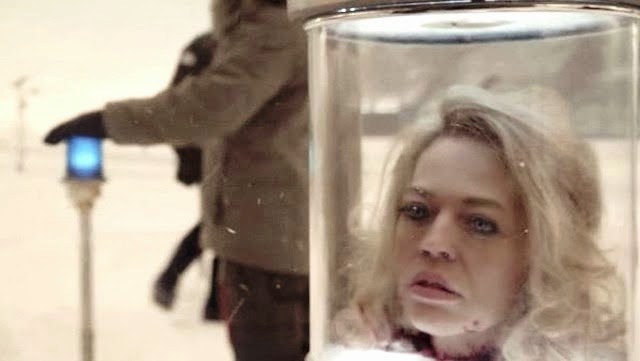