Fringe Fries for A Better Human Being 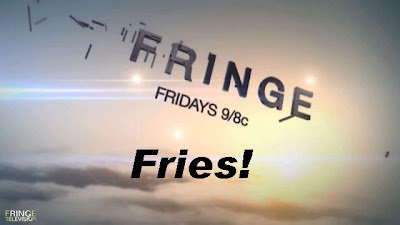 Here are some more of those yummy Easter Eggs left behind our friends at Fringe.  Along with tantalizing clues, delicious details, inspirational eye candy and the wholesome homages that make Fringe so special. 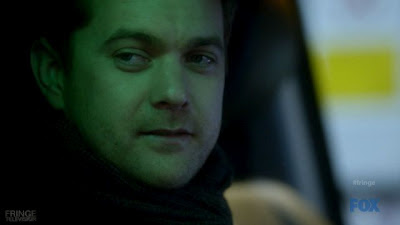 It wasn't too long ago I postulated that Fringe was prepared to make a dramatic change in story line and enter what I called the Green universe.  You can read that "brilliant" essay here.  As you can tell by my self inflicted sarcasm not much has happened in that regard.
Fringe continues to tease me with the thematic use of green (see it's all about me) as evidenced by the heavy use of green.  None of which was more apparent than Peter Bishop bathed in green as he waited for Olivia to finish her business near the end of the episode.  We even had a character named Greene once again in this episode in the form of Daniel Greene the reporter.  If you recall we had another set of characters named Greene back in episode 4x6 "And Those We Left Behind." 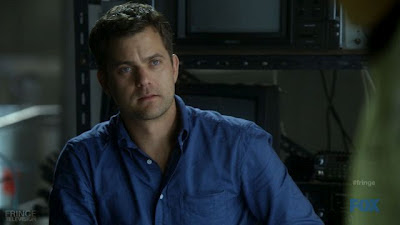 Speaking of the thematic use of color.  It was pretty obvious that Peter was dressed conspicuously in Blue in the lab scene with Walter.  Are we supposed to derive from this that we are creeping closer to the blue universe Peter used to know and love? 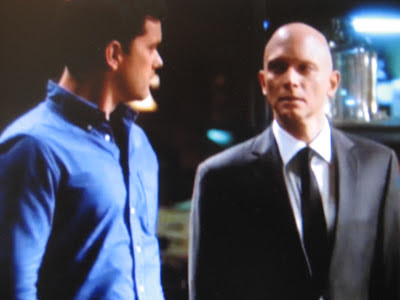 You may have noticed how this particular episode picked up right where the other on left off in Olivia's apartment.  Take a look at the screen cap above from the next Fringe episode "The End of All Things" and we can see Peter dressed in his trusty blue shirt again alongside his new pal September.  A nice piece of continuity and another clue to the re-emergence of the blue universe or a Trojan horse?
OK, while we're at it let's throw in the "people in blue" as I call them from the last two internet teasers. 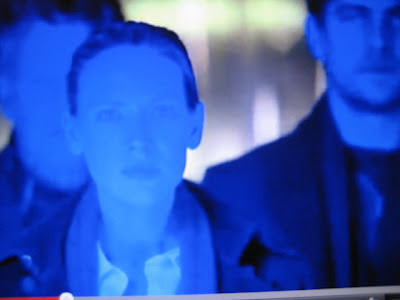 I still don't buy it.  Green universe here we come!  (Not.)
Wholesome Homage 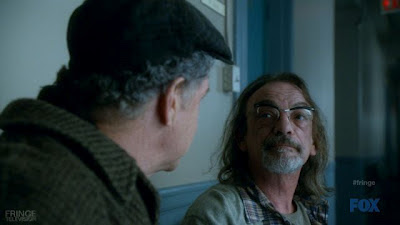 Wasn't great to hear Walter talking to his new friend at the mental institution (the one that was currently orbiting the "lovely" planet of Venus) and have him refer to his friend "Tim".  It was a nice shout out to Timothy Leary also of Harvard University.  Leary espoused the use of psychedelic drugs to expand the mind and alter the level of perception one would normally use.  It was also a nice call back to the "LSD" episode. 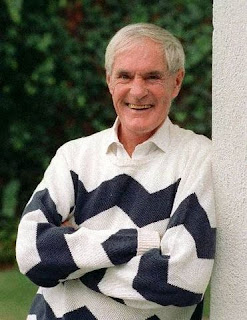 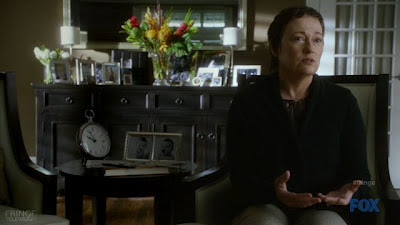 They say the Devil is in the details but this time we might have espied the hand of God.  If you look along at the above image you can see the vase of white tulips on the hutch to the left.  Fringe has often used white tulips in association with God.  It wasn't long before the character of Owen Frank sadly proclaimed. "Can you imagine that, the hubris of trying to improve upon God."  Portentous? 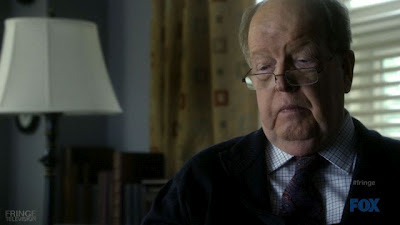 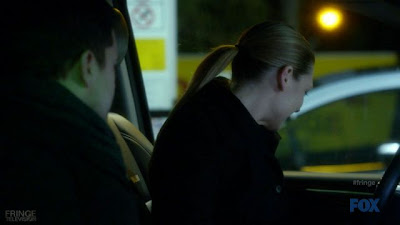 Maybe this doesn't qualify as an Easter Egg, perhaps more of a tantalizing clue but does anyone else see the yellow orbs inserted into Fringe episodes?  Here is one in the background of Olivia as she exits the car.  Sure, it's just a muted street light but there seems to be a lot of muted yellow street lights or light bulbs in Fringe.  They always remind me the yellow orbs of the Fringe promotions we often see.
Here's something wacky, do you suppose these yellow orbs are really a manifestation of the Observers before they take corporal form?  Or maybe they are some sort of inter-dimensional conveyance they use to zip around time and space.  No doubt the Observers are distant cousins of Tinkerbell. 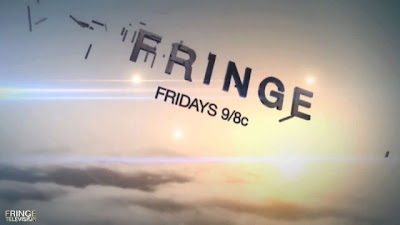 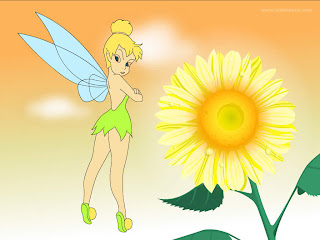