Live in concert, The Arctic Monkeys! 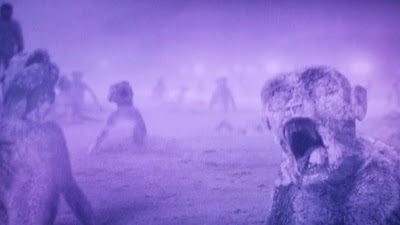 Some of the more musically astute of my readership may recognize the "Arctic Monkeys" as a legitimate musical group.  To viewers of the first episode of SyFy's "Helix" it was a bone chilling fright fest that gave truth to the lie and served up a creep factor that came in welcome and heavy doses.

The creep factor was the best thing going for "Helix" as it made it's debut.  No least of which was the use of "Do You Know the Way to San Jose" that played over scenes filled with revulsion and terror.  A comedic and ironic counterpoint to the bleakness of it all.

"Fame and fortune is a magnet.
It can pull you far away from home
With a dream in your heart you're never alone.
Dreams turn into dust and blow away
And there you are without a friend
You pack your car and ride away"

A+ to the people of Helix for using this song.  Not only was it a peppy finger snapper that had you singing along but it was wildly incongruent with the setting in which it was used.

As seen from the lyrics above, the song preternaturally incorporates itself into the plot of the show.  "Fame and Fortune" are a magnet and whatever drew that mysterious company to the great white north, as it hopes to benefit from it's viral product that provides the conspiracy angle for the show.

Dr. Alan Farragut and his team from the CDC find themselves "pulled away from home" as in far away!  The bleak and bitter cold of the Arctic is reminiscent of the science fiction classic, "The Thing" where a frozen wasteland is your prison and the isolated and nearly unreachable lab could be your tomb.

"With a dream in your heart that you're never alone."  Sadly and ironically true when you have a man-beast like Dr. Peter Farragut running around in the air ducts ready to spring on you at any horrific moment.  Darn shower scenes.  Thanks for those Alfred Hitchcock.

That insanely creepy elevator music was just the right touch.

"Dreams turn into dust and then blow away"   Or as in the case of Helix, drip away in the form of black goo that was reminiscent of the black oil from The X-Files.  Will the dreams of Dr. Hiroshi Hatake slip away if his experiments go awry and slip out of his control.  He seems to be pleased with the results of the viral experiments, although not outwardly so.  How many times have we seen the machinations of the evil professor go wildly out of control?  This is what happens when you pretend to play God.  (Or at least Dr. Frankenstein.)

"And there you are without a friend."  You mean like Dr. Julia Walker as she showered alone in the aforementioned scene?  Or Doctor Doreen Boyle as she absurdly wandered away on her own only to be confronted by another zombified virus victim?  What was she thinking?!! 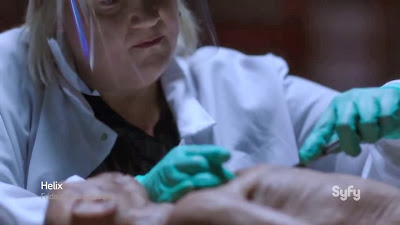 "You pack your car and ride away."  Nope!  You're stuck.  As mentioned before the isolation of the Arctic lab lends itself to the paranoia of the whole episode.  Not only was this episode a tribute to "The Thing" it was also a sendoff the to the episode "Ice" from the first season of the X-Files. 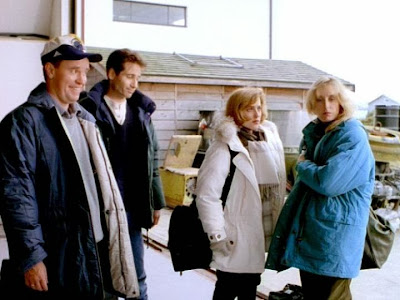 Did it have any missteps?

Sadly yes and it came in the form of character cliches. 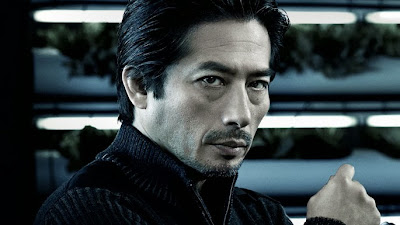 Did Hiroyuki Sanada have to portray the inscrutable Asian that was weirdly indifferent to all the disaster, immutably laconic and obviously hiding a secret?  I guess so. 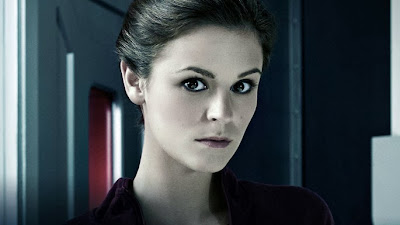 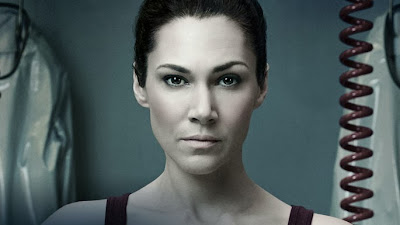 Hot on the heels of Dr. Jordan's introduction was the introduction of the estranged wife to Farragut, Dr. Julia Walker.  Her conflict with Farragut and Jordan was absurdly transparent. 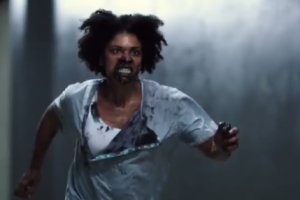 Don't worry, I'm not down on Helix.  They got more things right than they got wrong.  I like flexh starved zombies that creep around isolated labs.  It worked well for World War Z.

Okay, the victims of the black goo virus in Helix don't seem to be zombified but they are dangerous none the less and perhaps a little superhuman in a bad way.  That seems to be one of the secrets of Helix, the point of the experimentation.  We've seen many iterations of what happens when man plays God in the lab.  It usually goes wildly wrong.

I'll keep watching as long as the keep this conceit on the right track.  They've got the creep factor is spades, the cast is strong and probably able to go beyond the cliches and a "healthy" state of paranoia.