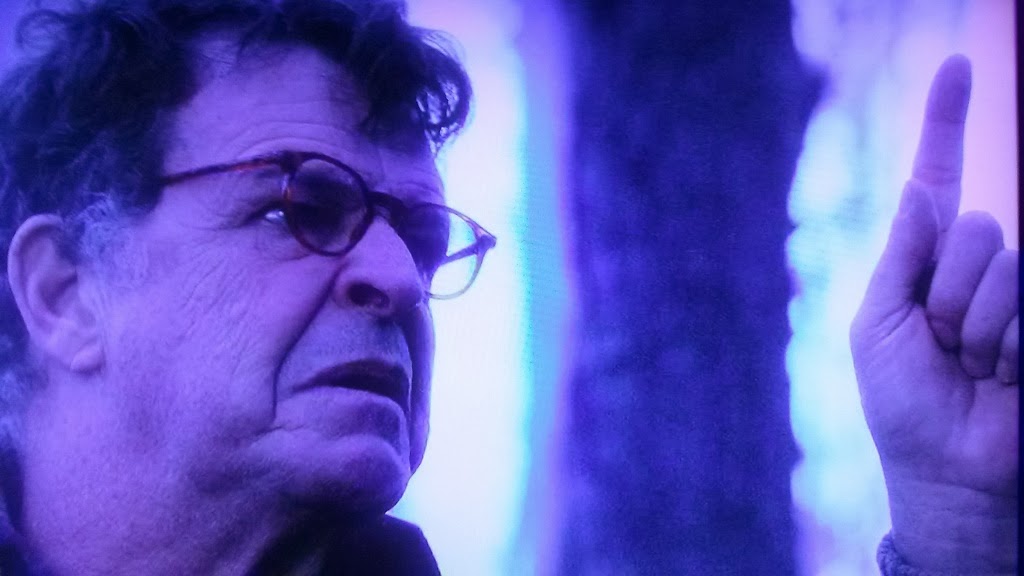 Well, I didn't see that coming.  They said they had a surprise for us and I usually scoff at that kind of hype.  But this time the hype was lived up to and then some.

Sleepy Hollow had it's two part season finale Monday night and for the most part it was a tepid affair.  It is oh so difficult to live up to the penultimate episode of any season for any series.  Hollow gave us a shocker of an episode the previous week and I thought it would be difficult to match.

My reservations were pretty much confirmed for the first part of last night's entry.

In, "The Indispensable Man" our Sleepy Hollow Scooby Gang spent much of the episode building a drama that just didn't seem to have legs. 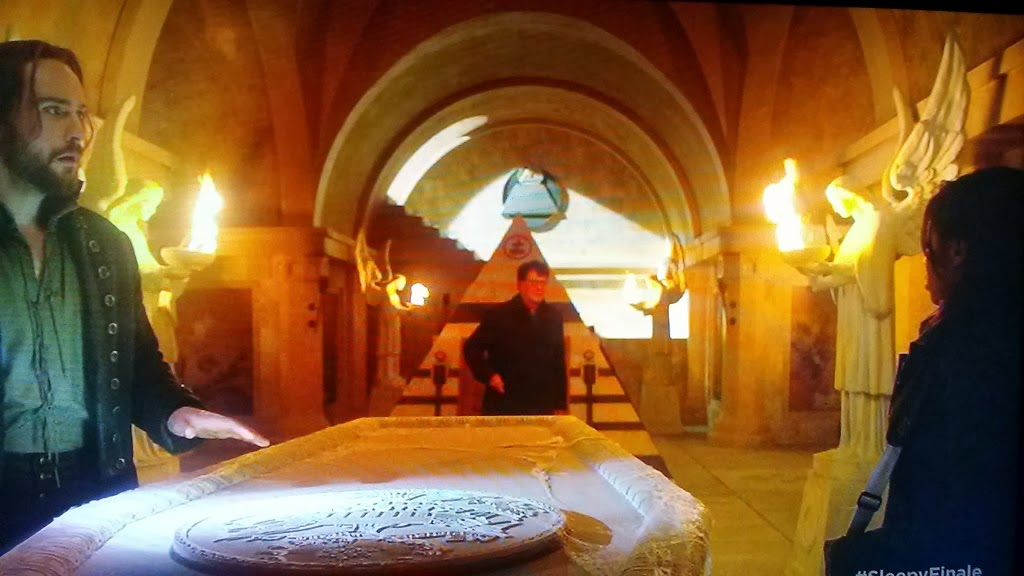 I appreciated the "DaVinci Code" like mythology and the episode had a "Natural Treasure" like feel to it.  Opening the secret tomb of George Washington with all it's fanfare is kibble to a history geek like myself. 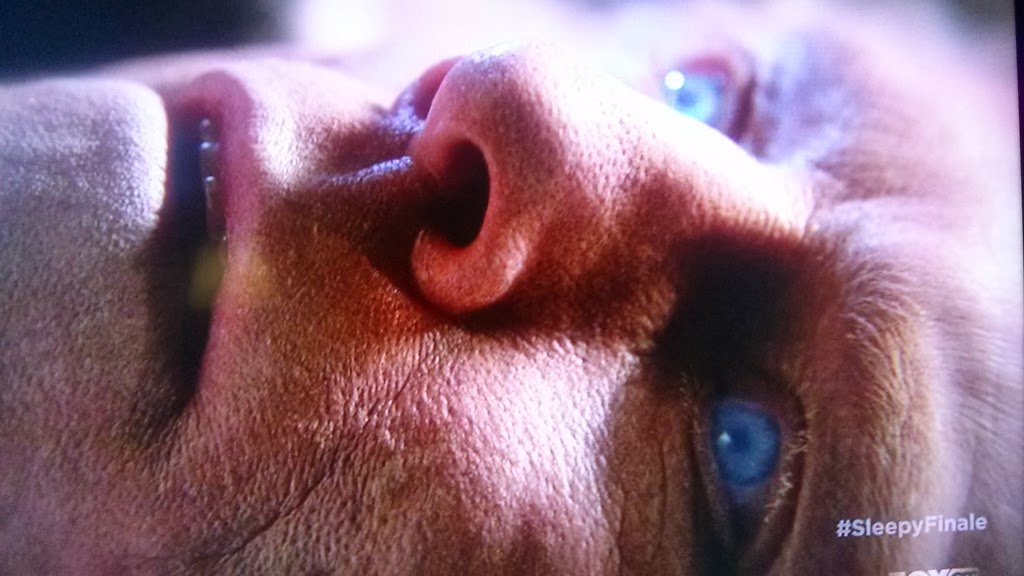 And the fact that George Washington had himself turned into a zombie so he could transcribe a map to and from purgatory was pretty awesome.

Sadly, all of this was undercut over the confusion over whether the map was invaluable or not.  Or whether it was a trap laid by the forces of evil.  So, 200 plus years of alternate history went down the tubes because Ichy and Abbie decided their friendship was a lot more important and the map was burned.

Add to this Captain Irving giving himself up to protect Macey and a valuable piece was taken out of play.  (Not to mention his relatively short screen time.)  It seemed like Sleepy Hollow was spinning it's wheels.

That was about to change. 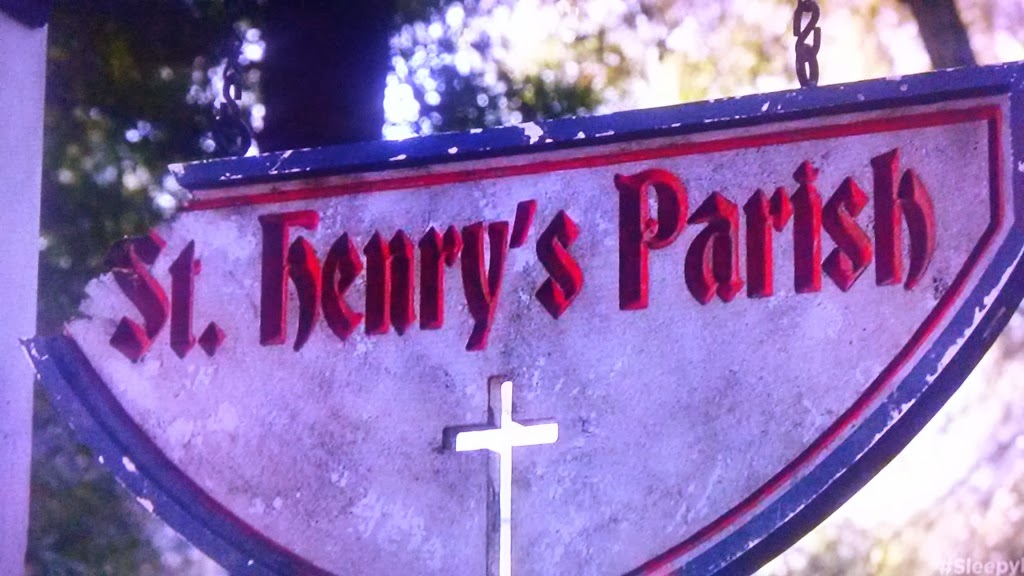 Come to think of it, Jenny got short shrift in this episode also.  I was pleased to see John Noble's character get so much screen time but it seemed like a little much since he really hadn't earned it the way the others had.

The next time Moloch comes up with a prophesy.  LISTEN! 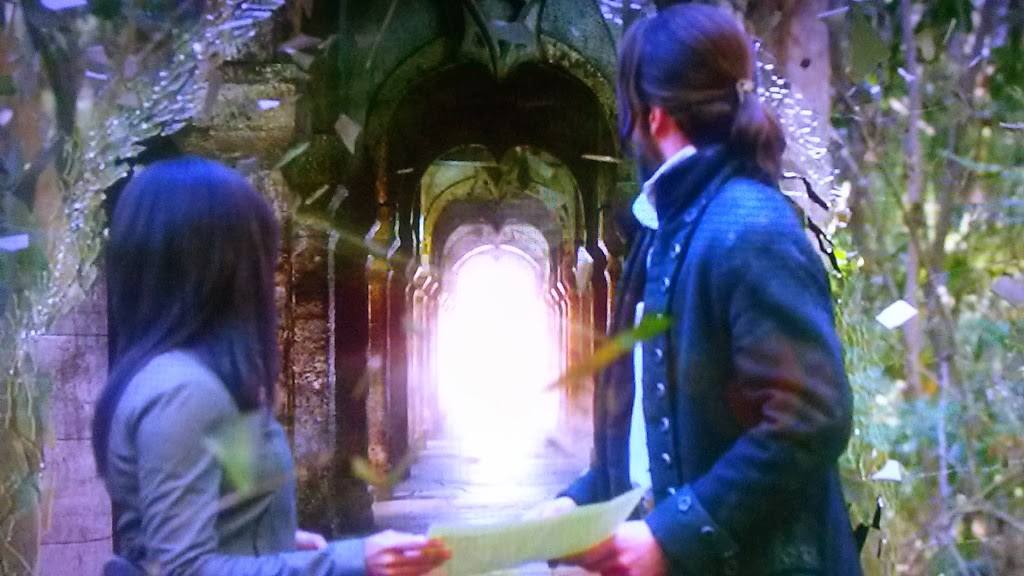 The Witness Wonder Twins were thoroughly played.  Everything started out ok.  Abbie let Ichabod off the hook for his map recreation and we got a very cool "shattered mirror" entrance to the purgatory world.  It quickly went from all sweetness and dreams come true to a soul pulverizing creep fest. 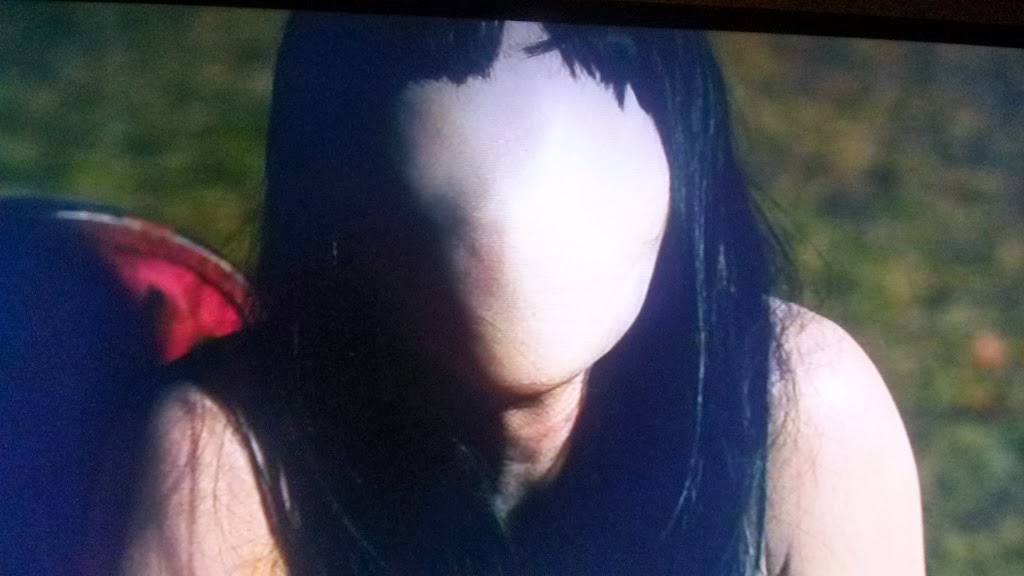 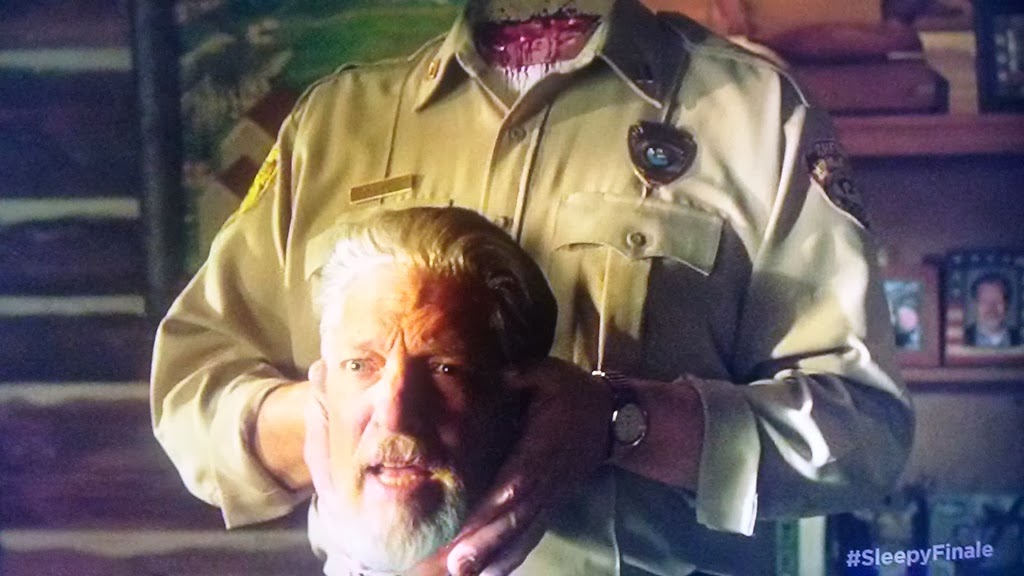 Not quite as creepy as Macey's transformation that oozed with maleficence but pretty ooky none the less.  Ichabod and Abbie had passed their tests of temptation and the seemed to have the upper hand.  As we were to learn it was all part of the plan.

We've seem a lot of shows where there is a master puppeteer.  I'm not sure any of them could match the shrewd machinations of Mr. Moloch.  Divide and conquer are the staples to any successful military campaign and in this Moloch was the supreme commander. 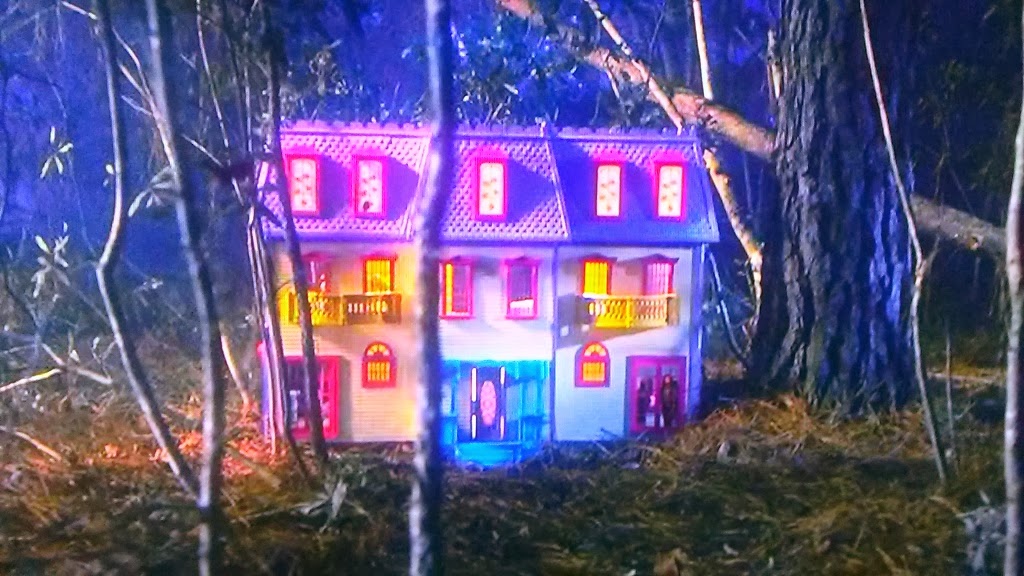 To see Abbies's cozy little dream of a safe place turn into a nightmare of a prison was such a terrible twist.  (Terrible in a fantastically awesome evil way!)  But wait it gets better! 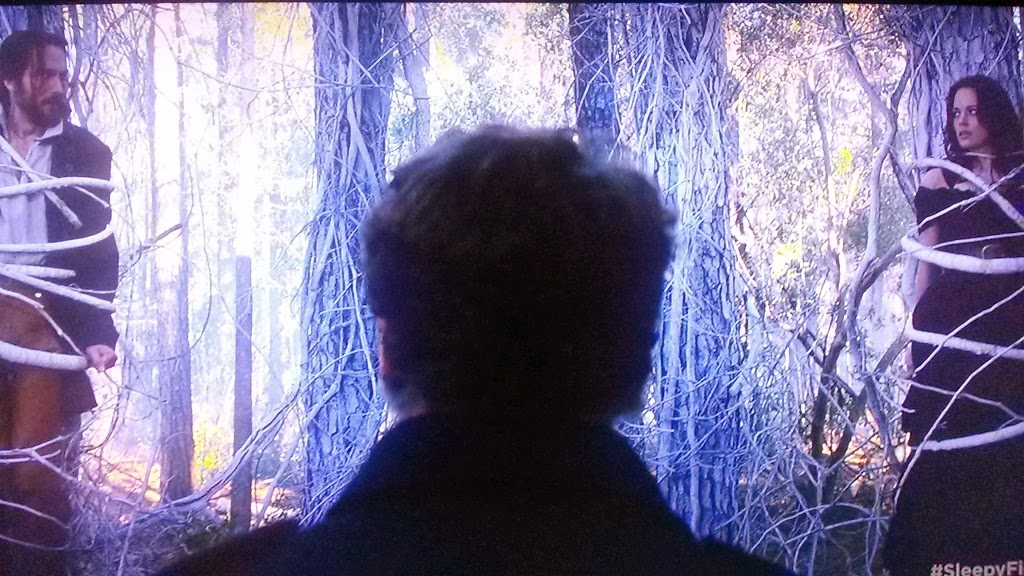 To see Henry Parish revealed to be the long lost Jeremy, son to Ichabod and Katrina was jaw dropping.  So very clever of the people behind Sleepy Hollow.  I bow before their greatness.  John Noble is a fan favorite.  To everyone that followed him from Fringe as the avuncular and beloved Walter Bishop this was indeed a shock.  Genius casting.  I was so played!

This actually follows naturally from "The Vessel" episode where young Macey was possessed and corrupted.  Now we find another youth that is tortured in his own right although Jeremy is corrupted in another way.  His feelings of abandonment were artfully co-opted by Moloch and he was granted the power of revenge. 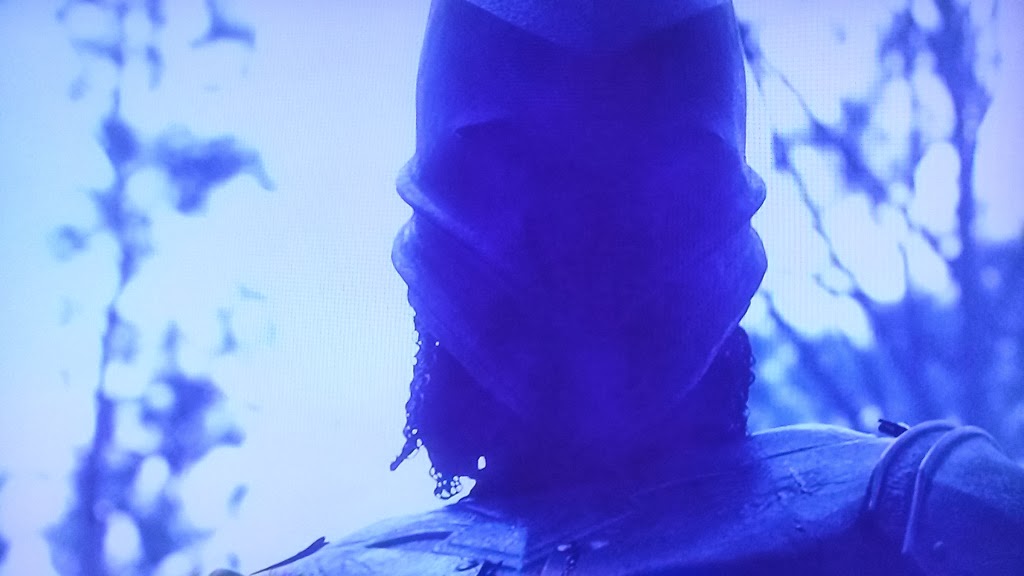 Well, not just revenge, the power to wage war against humanity.  How's that for embittered incentive?  Just as Abraham was given the power of the Headless Horseman and the first rider of the Apacalypse.  Now Jeremy is the second rider, War. 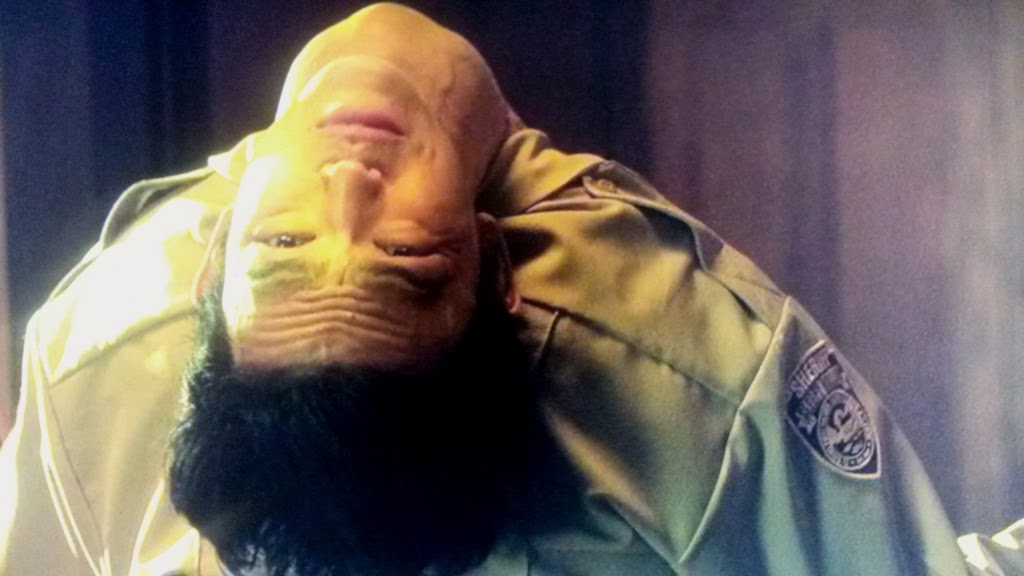 Now I know how Andy Brooks feels.  My head was spinning!

I stared at the TV screen in amazement.  I was flush with the excitement at being so completely surprised.  Then it hit me.  The good guys are completely screwed.

I can only imagine Katrina may get her powers back or Macey has been transformed in a way we haven't imagined.

What are your thoughts?  Do you see a way for good to overcome evil?  Were you as pleasantly blown away as I was?

Share your thoughts while I get my head twisted back in the right direction!