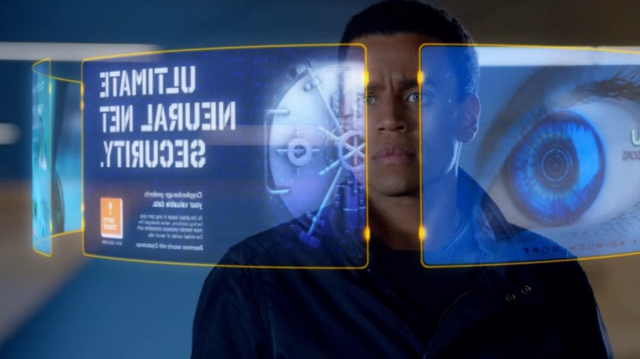 Isn't it amazing how many times Dorian is willing to get shot?

I'm getting close to giving up on exploring Almost Human's examination in what it is to be human.  Close, but not yet.  I suppose I'll have to most of the heavy lifting in that regard myself.  AH continues to open the window to many opportunities but never quite is willing to go to great depths in that regard.

All that gold waiting to be to mined.

Anyway, Dorian and his proclivity to taking a bullet. Sacrifice is one of the great qualities of being human.  If you are willing to give your life so that another may live then there is no higher calling or deed.  Ironically, the first person in this episode (You Are Here) that Dorian is willing to "give his last full measure of devotion" to is someone who is willing to become less human. 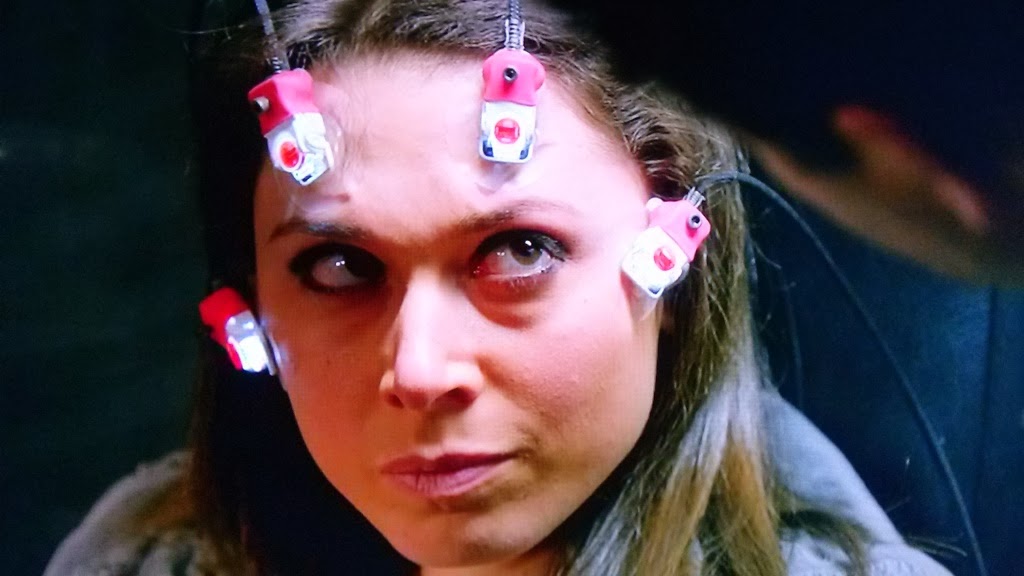 Not completely less human mind you.  Kira wanted portions of her memory erased.  You could argue this was a form of sacrifice also.  (To protect her child.)  But it is a recurring theme in AH where humans are more than willing to reshape, cleave and pharmaceuticaly enhance themselves in order to distance themselves from everyday life, it's stresses and obstacles.  How dystopian.

It's a form of devolution that, ironically again, Dorian seeks to reject as he strives to humanize his self. 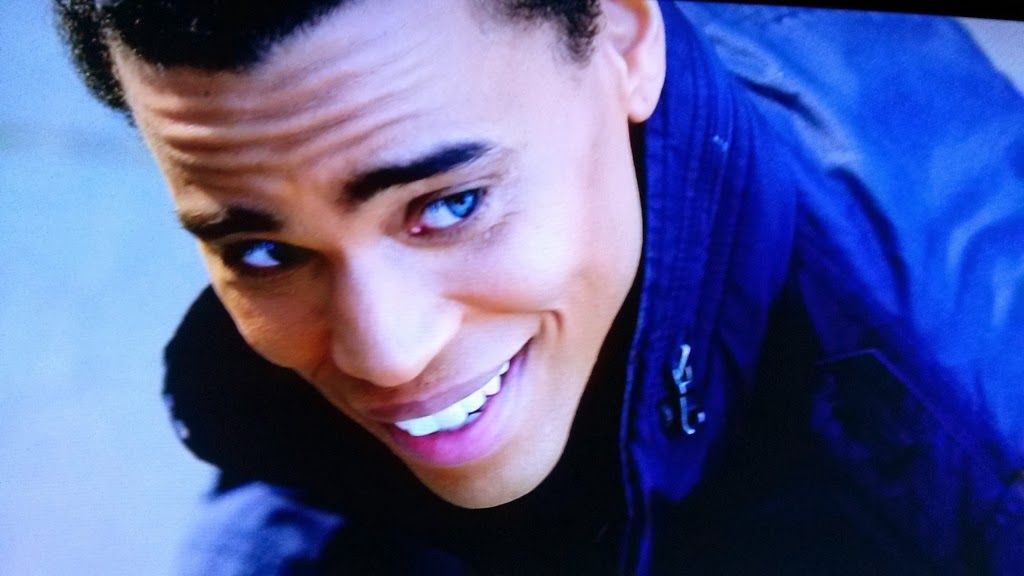 And he does it all with a smile.  Immediately after shielding Kira and Kennex her turns too grin at Kennex.  My first reaction was that he did so in recognition of a job well done.  Not to mention he was okay.  Unfortunately, I'm not sure this is what the writers intended as he immediately starting speaking Korean and the smile reflected the comic tone it inveighed.

Kennex did seem legitimately concerned for his partner.  But, we didn't get to explore this further because it was obvious Dorian had survived.

Plus, Kennex still has a problem with artificial life forms along with a heavy dose of anger management issues. 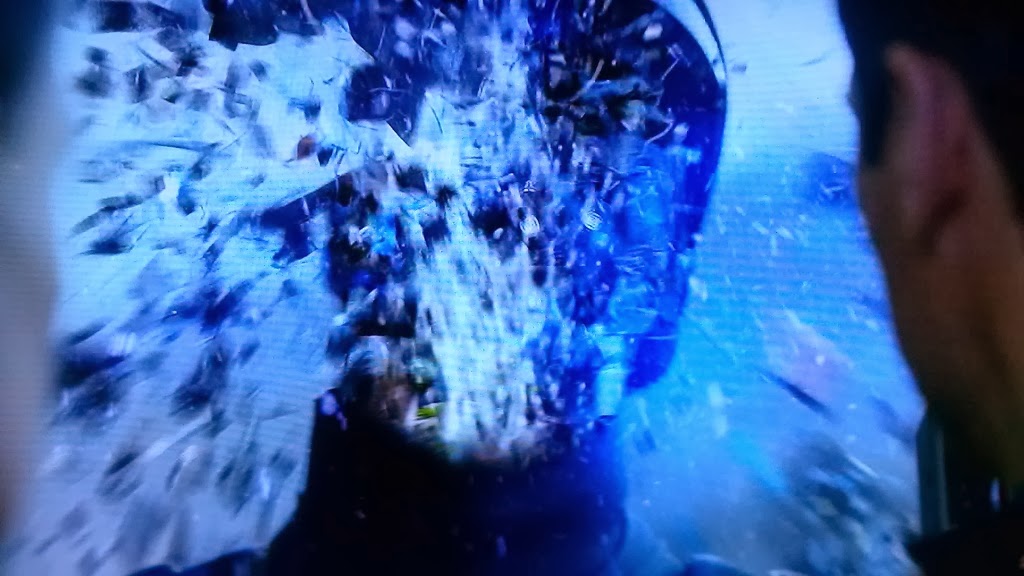 He blatantly shot that smart mouthed MX in the face earlier and AH tried to disguise his bad intent by covering his action with the conversation that followed in the car.  Dorian thought it was sweet and he teased Kennex about liking him.  You like me, you really like me!

This incident was just a precursor of what was to follow.  As Kennex and Dorian eventually track down Natalie and her henchman a violent gunfight ensues.  Kennex's first reaction is to throw Dorian in the line of fire.

He asks Dorian if he can draw their fire and Dorian willingly complies. 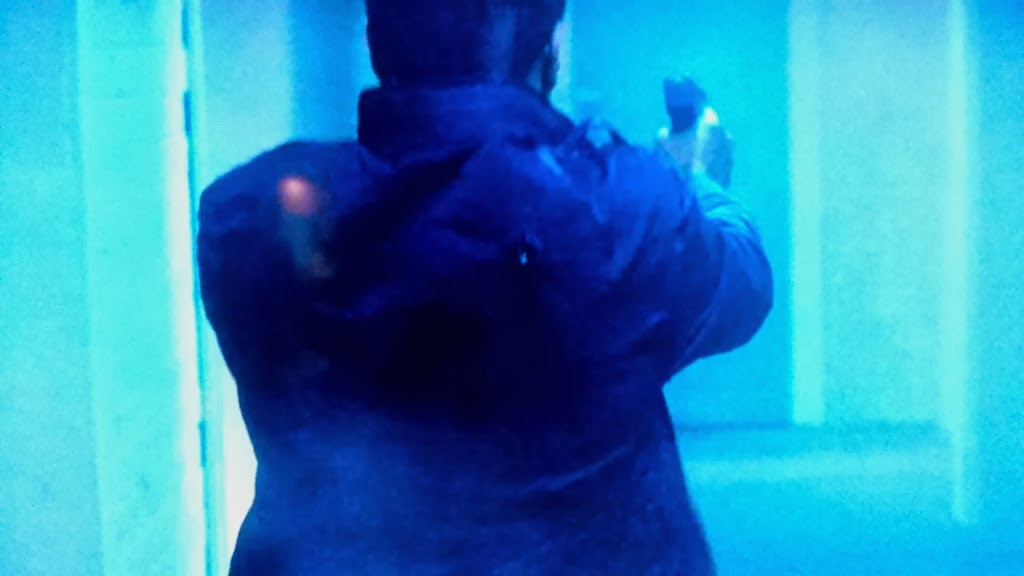 Dorian takes several bullets to the back and this allows Kennex to take out Radovan the thug.  Dorian finishes off Natalie and it's another days work well done.

So I guess it is Dorian's job to be a magnet for lead and Kennex's job to make sure he does it.  Do you think we'll progress to a point where Kennex refuses to put Dorian in harms way?  Dorian will never be treated as an equal as long as he is gun fodder.

In that regard, Kennex won't move beyond his anger issues or his callous disregard for all things artificial.  This also includes his disregard for public safety and respect for authority by firing off his weapon in public places and making light of it with Captain Maldanado.

Maybe that is a good thing.  At least for we bloggers and critics.  Something new to watch for.  Kennex's devolution versus Dorian's evolution.  Dorian seems to be making more progress and Kennex has a lot to catch up on.  I'll keep a closer eye on his symptoms of depression.  His struggle with isolation and how he keeps pushing humanity away.

Hopefully Dorian will become a good influence on Kennex and help him along the way to becoming, what was it again?  Oh yes.