Helix - I've Got A Fushigi! 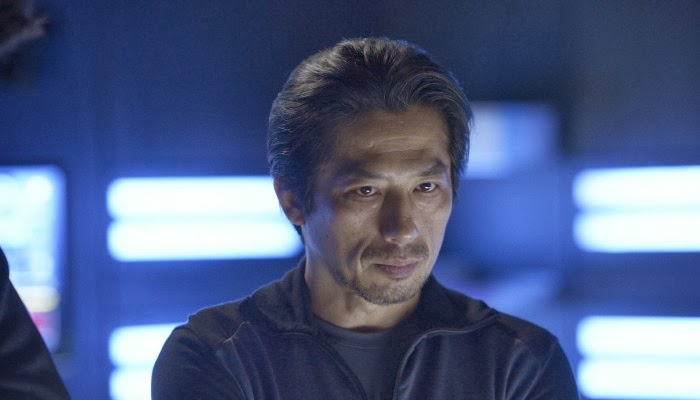 Who didn't have a fushigi in this last episode of Helix?

As I mentioned in my last blog post,"Fushigi" is Japanese for "Secret" and there were many secrets exposed in this most recent episode.  Let's take a look at them by inividual.

I'd say he had the biggest secret of them all and no doubt there will be many more to come.  The biggie of this episode?  Immortality.

So we finally learn the secret behind the silver eyes and it is a characteristic of immortality. Why silver?  Who knows, that's another secret.  But the exposure of this secret lays bare the people behind Illaria and as it turns out they number 500.  Or is it 498 if Candace Sutton and Gunnar Mikaelsson are subtracted?  For that matter, should we add Julia Walker to that roster?  Was she an uncounted member of this secret society?  Was Dr. Hvit a memeber?  How may more silver eyed people are out there that are not a part of the Illaria 500?  If there are others are they the children Hatake kidnapped and released into the world?  Is this part of his experimental cure to inhabit the world to counter the 500?

If you were one of the people that backed the "Immortality" theory then you win.  Then again if the 500 (plus or minus a few) turn out to be aliens or vampires then we can all go back to banging out heads against the wall. 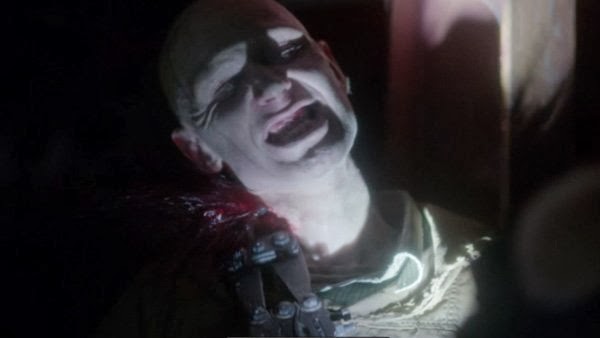 Ol' Gunnar had a secret or two.  First of all his secret was himself!  Next, he exposed the secret of the rift between Jane and Candace and it was his betrayal.  His punishment was to be chained in an arctic subbasement for eternity.  We learned the immortals can survive just about anything as long as they have a certain amount of sustenance.  So why sustain himself?  Why drink the liquid?  Just die.

Gunnar wanted to die or to be set "free."  So why didn't he hold his breath for more than four minutes?  (I'm kidding.)  The secret to his freedom turned out to be severing his artery.  I suppose that's the secret to keep the Immortals dead and I take it that's why Sutton had to have her head removed and frozen.  To what end though?  If you are shot dead then you regenerate as long as your head is still there?  Or will your head regenerate a body if it is not frozen?

I wonder if Hatake's work and his involvement in the Willis Hypothesis makes this a much less painful proposition.   That will be interesting to find out.  So why the Vectors then, to prolong humanity?  Is that was Narvik B was for and Narvik A was intended to wipe out humanity? 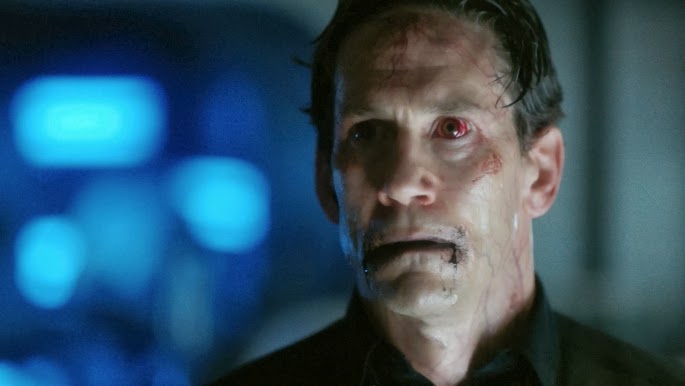 It looks like Peter had a bit of a secret revealed also and it was his sentience.  Sure he is a bit brutish and is the new leader of the Vector wolf pack, but at least he can talk and think!  So does that make him an enhanced Vector from the Narvik B strain?  Is that what the "water" was for that Hatake gave him in episode one?  If he is a Narvik B enhanced version, then is this the first step acting as a bulwark against the plans of the Immortal 500?  Was this an Hatake quick fix?  Peter's retained his affection for Julia so we know he has his human emotions.  What happens when he meets Julia again?  Silver eyed people don't mix well with Vectors. 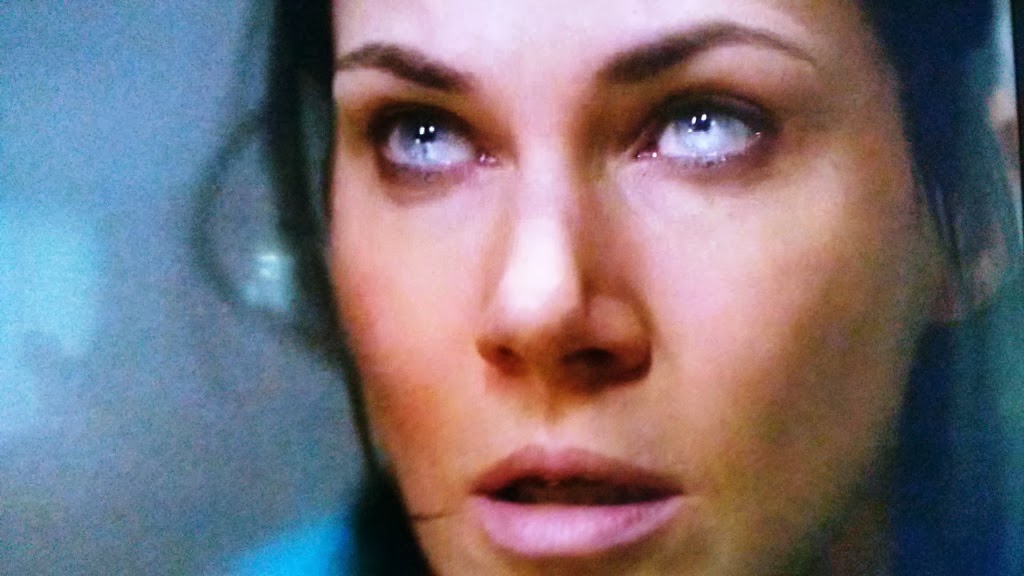 Does Julia have a secret?  Oh, indeed she does.  She pocketed two vials of the Narvik strains at the end of the episode.  Why?  Because Alan broke her National Science Award all those years ago?  (Maybe just a little.)  I think Julia sees the value in preserving Hatake's work even though it may mean the end of humanity if held in the wrong hands.  That's a big risk.  Apparently she trusts Hatake enough to pursue his work.  I don't doubt she can see herself working with Hatake despite all the hard feelings.

The bigger secret revealed here is this may be why Hatake pursued her so energetically.  He had to have back in the Arctic in order to work together to perfect his cure.  This may be the point Candace Sutton missed so badly.  Not that they were related per se, but that Julia was the key to finalizing Hatake's cure as a unique test subject!  Whatever she discovers it may involve Peter.  Will he resist?  Are Immortals the genetic enemies to the Vectors.  He loves her but once they lock eyes that may be a different story and provide a huge road block. 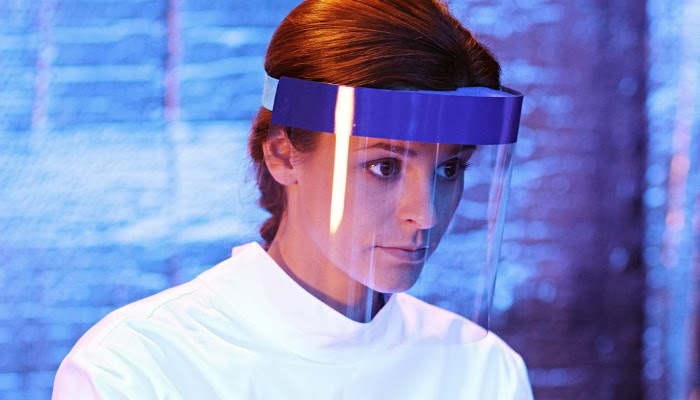 Speaking of roadblocks, Sarah's discovery of the secret behind the "Telomeres" and their lengthening was a big one.  No doubt Hatake will make use of her work but will she allow it?  She also discovered a cure for Cancer (or so it seems).  What if the cure for cancer and the Telomere factor for the Vectors or even the Immortals are mutually exclusive.  Sarah may have the upper hand in this but first they'll have to cure her cancer.  Now there is a standoff,  Sarah says, "Cure my Cancer and I'll give you the secret."  Hatake says, "Give us your secret and we'll cure your Cancer."

I can imagine all eyes turning to Alan.  I don't envy him.

You'd better come up a Fushigi of your own Dr. Farragut or we're all screwed. 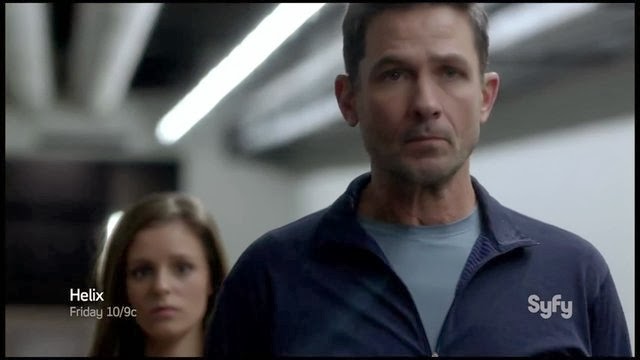