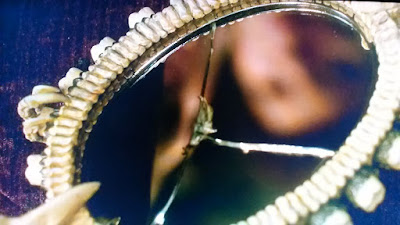 Take a good look in the mirror

The mirror metaphors were reflected everywhere in this past episode of Penny Dreadful, "Memento Mori."  It seemed as though every character had to take a hard look at themselves

The best piece of exposition into the nature of mirrors and the human psyche came when Sir Malcolm tried to give advice to the love lorn Victor Frankenstein.


Our purest instincts are undone.  We become strangers to ourselves.
But it can't go on forever.  Finally, we must look in the mirror.

He was speaking of the "enchantment" of love and unbeknownst to him, he was closer to the truth than he could ever imagine.  For in his case it was quite literal. 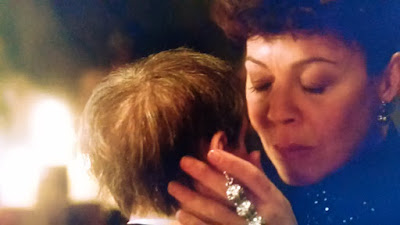 At that very moment, Madame Kali was finalizing her plan to fully seduce Sir Malcolm and bring forth her Master into the world of the living. 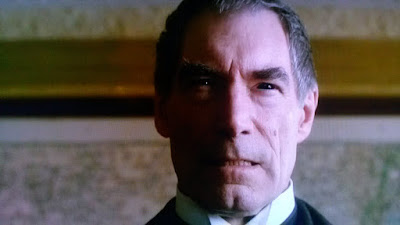 It was a very near thing.  If it wasn't for the timely intervention of Sembene (Know who your are!) Malcolm may have stepped fully into the abyss. 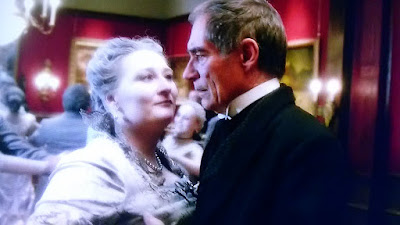 This intervention gave us one of the great moments of this episode as Sir Malcolm danced with the pale apparitions of those whose love he once spurned.

The lyrics to "Reflections" from Diana Ross come eerily close to capturing this very scene. 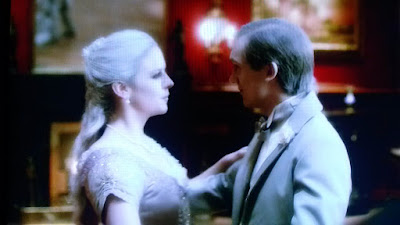 Mina and Peter also made ghostly appearances. Their presence along with Sir Malcolm's sheer force of will broke the spell that led to mirror shattering as Kali gazed dejectedly into it.  (Seen in the topmost picture.) 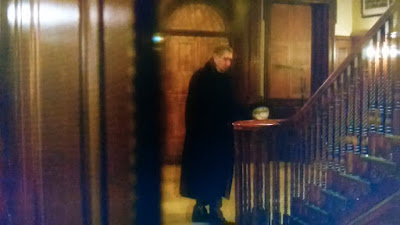 Alas, Kali knows her prey too well.  She predicted the gallant knight that lives within Sir Malcolm would come to her.  The mirror captured Sir Malcolm as he descended the stairs and left without telling his compatriots.  Perhaps this reflection knew the shame of Kali's bewitchment and he sought to atone for his sins alone. 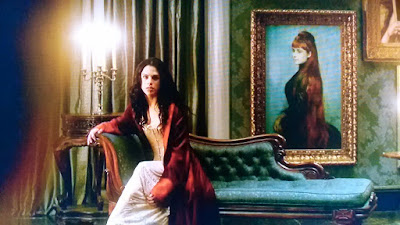 Angelique sat alone waiting for Dorian to return.  Her image seemed to be captured by the portrait of the lady behind her.  Yet Angelique does not cast a true reflection.  The lady in the painting is something she aspires to be.  She told Dorian she wanted to be accepted as she was but she still persists in the trappings of someone she cannot truly be. 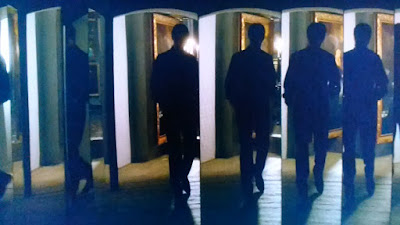 As for Dorian, the mirror captures him as becomes enlightened to Angelique's discovery.  Dorian can be a many faceted person as the mirror above reveals.  Existing perhaps as many different people sharing a common face stretching across time.  (The many shades of Gray?) 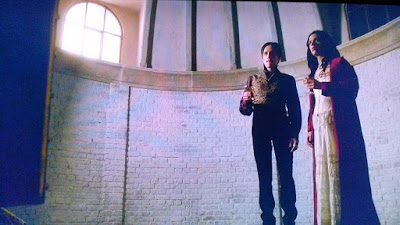 As Dorian and Angelique look upon the great portrait of Dorian Gray the reflection of Dorian's sins stare back at them.  He knows what they are but unlike Sir Malcolm he refuses to be chained by them.

That is the Portrait's job. 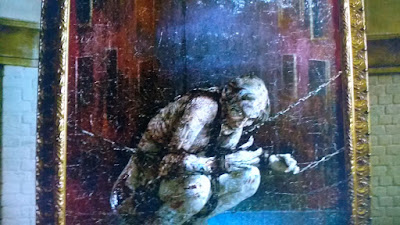 I've been waiting a long time for this.  How ghastly, how pathetic and pitiable.  Dorian's reflection in the portrait, bound by his sins and scarred by his wickedness. 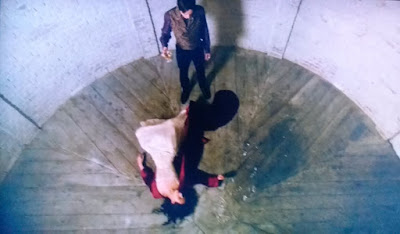 Despite Angelique's willingness to accept Dorian as he is, they are quite alike in masking who they really are, Dorian cannot share himself and poisons her. 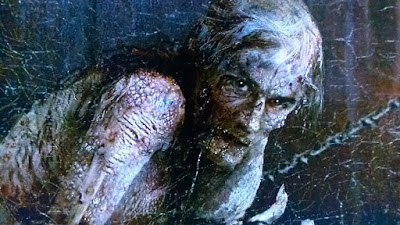 The best part of this interlude was when the portrait twitched against it's chains.  This startled Dorian.  Enough to shake him from his false reverie? 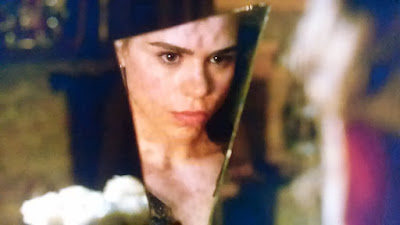 And what of Lily, did she like what see saw in the mirror?  It seems she did.  At least she accepted what she had become. 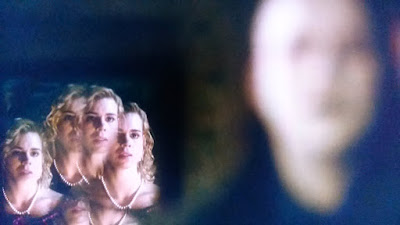 This was my least favorite part of the episode.  It seemed a bit forced.  In my opinion, we never saw what should have been the horrible realization of what Lily once was and Brona had become.

Instead we got a profanity laced diatribe in what it meant to be a monster.  At least Caliban has poetry in his heart.  (I don't think the cows in the pasture want to hear Lily's version of all things poetic.) 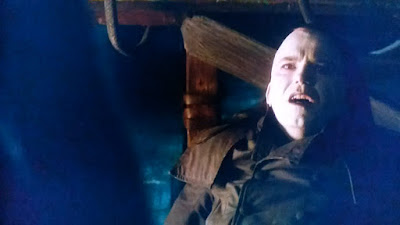 The Creature seemed horrified at Lily's transformation.  She went on to cast them both as demons and characterized him as her brother and her lover.

What went so horribly wrong that Lily would want, "the blood of mankind to water their garden."

Lily layed bare the sins that were done unto her.  The raping, the befoulment by men.   Surely she is damaged and just as surely she has a problem with men and not without good reason.

But why didn't she give voice to all her pain when she met with Victor the morning after?  Why keep up the charade?  Is she a different person to different people?  Did Caliban's shock snap her out of her stupor? 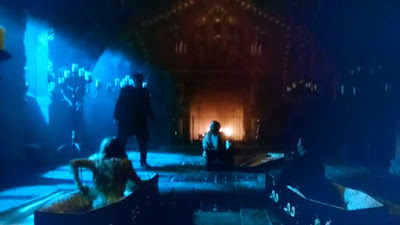 The episode ended with Sir Malcolm trapped in his own personal Hell.  The bodies of Gladys, Mina and Peter rise freshly from their coffins.  This has to be an hallucination.  A trap to drive the urgency of Vanessa's return.

Sir Malcolm seems oh so ready to atone for his sins.  But are the dead willing to accept this atonement?

Must he look into the mirror once more?