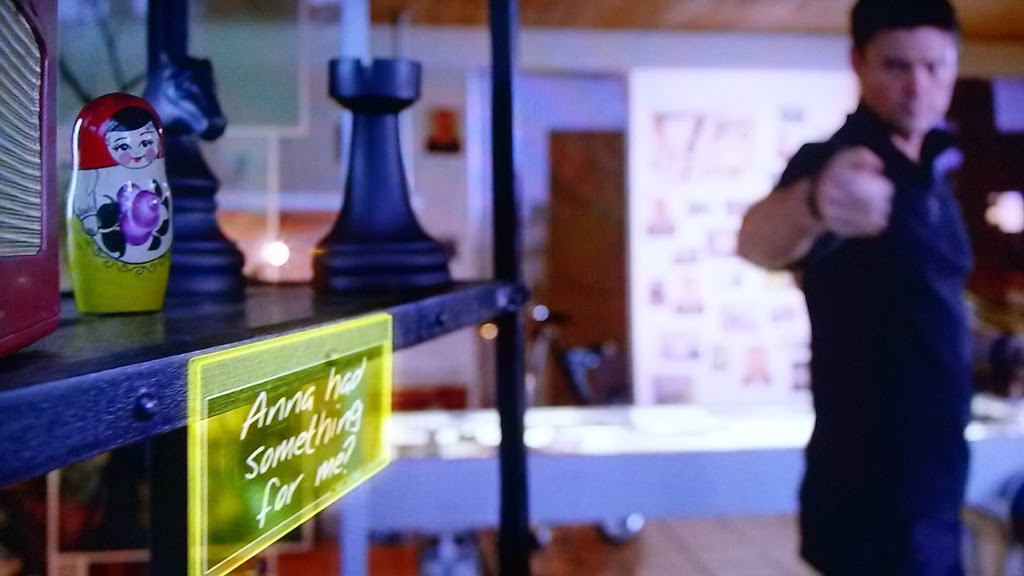 So we get a new episode of Almost Human but it's one of the ones that is out of order and I thought to myself, "Uh, do I really want to blog on this?  The continuity will be messed up and it won't follow what is going on in the previous episodes."

I just didn't have the energy to pursue something the show-runners weren't that invested in themselves.

I caught the Russian nesting doll and thought, "I know, I'll pick on something incongruous or slight like I used to do with Fringe and see how much meaning I can attach to it."  Fringe was famous for seeding stuff into their set design and it was always fun to see if it had a deeper meaning or if it acted like an Easter egg we could pursue as the series ran on.

Nesting dolls are cool, they're an interesting toy wherein they represent a puzzle of sorts that also tells a story.  They're metaphorical because they represent chapters to a story that have to be divined like peeling back the "layers to an onion" to find the real meaning deep inside.

Surely I could get something out of that because I'm damned positive the episode will be a bore. 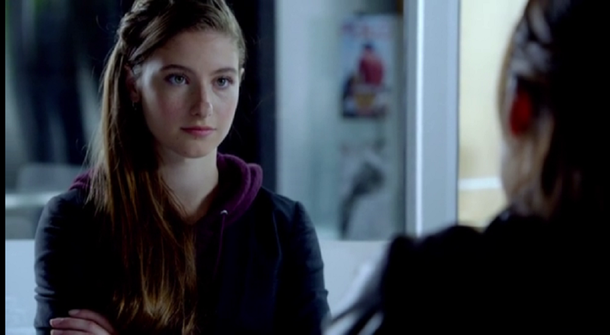 This is the type of episode that makes Almost Human special.

My eyes were half shut and I was exhausted from a weeks work which included a substantial amount of overtime at the utility I work for.  Then came the line that nearly knocked me off the couch.

"You learn to appreciate the beauty in flaws when you are surrounded by perfect things."

The camera cut to Dorian and I was hooked. 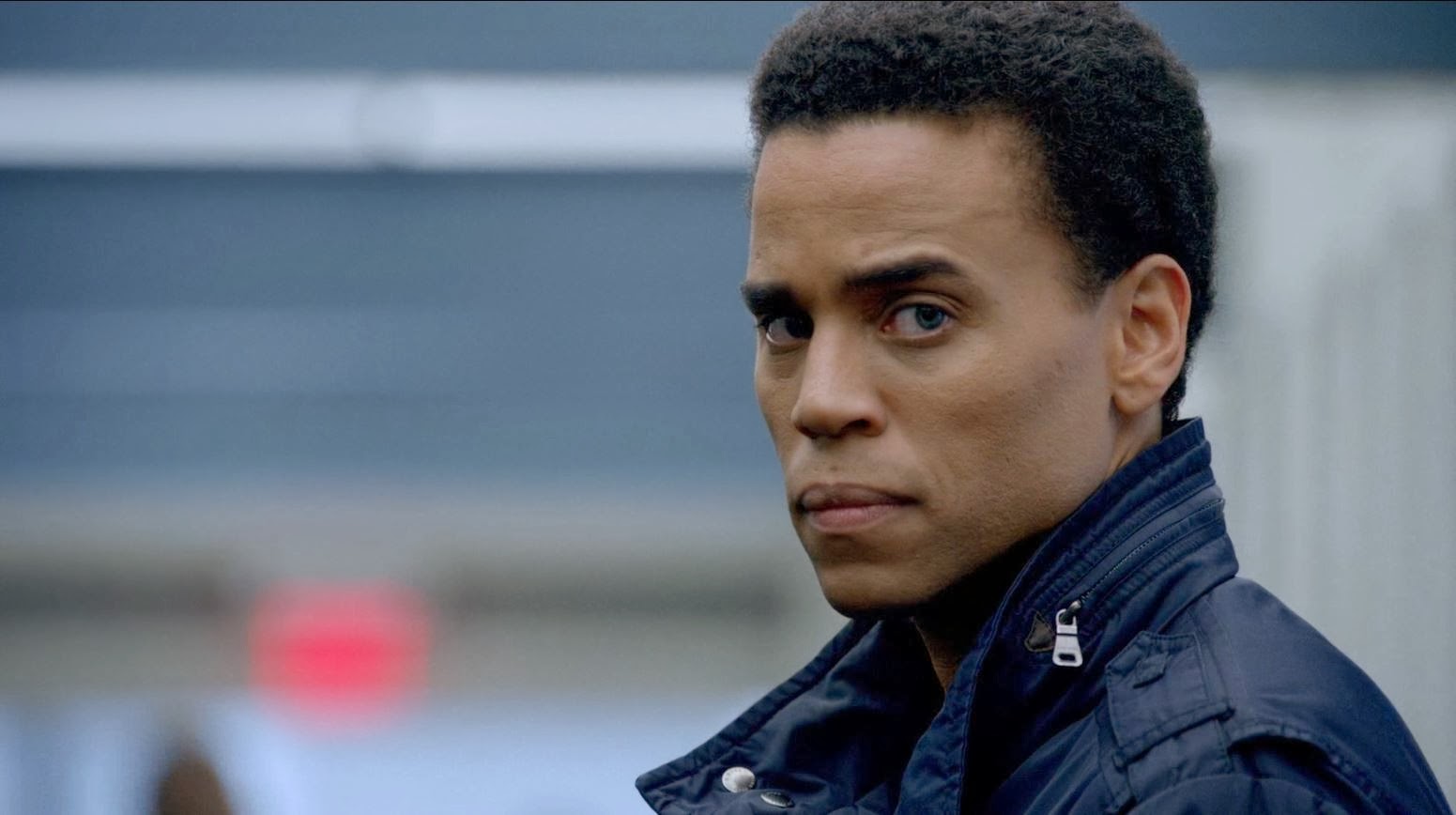 Time to wake up Dave!

Now I understood the complexity of this episode.  The subtle nuance .  The intricate and elegant poetry of it all.

Suddenly the three girls were Russian dolls.  Inside each one of them was another mystery, another story. And when you reached the end there was Lila.  The girl that wasn't perfect.  She wasn't engineered or pasted together.  Yet she was left wanting.  Despite being good as she was it wasn't good enough.

What is Dorian supposed to think when faced with  enormity of this human experience?  In many ways he seeks to be more human yet he is perceived as a machine that is perfect in every way.  He recently found out that the original generation of Dorians had started to commit suicide because they couldn't cope with they saw.

Now he sees a young lady in Lila that was gifted in many ways but when faced with the perfection of her chrome enhanced classmates she dismissed the beauty of her own flaws and like the Dorians couldn't cope with what she saw.

How sad to see a young life ended because the enormity of her expectations and those around her were not met.

It's mind boggling to keep up with the irony of the many characters of Almost Human as they seek to define who they really are.  I can see them in a room together, each pointing a finger at one another and saying, "You are better than me."  "I am not as good as you."  "I wish I was more like you."

No wonder pharmaceuticals and memory wipes are so prevalent in their age. 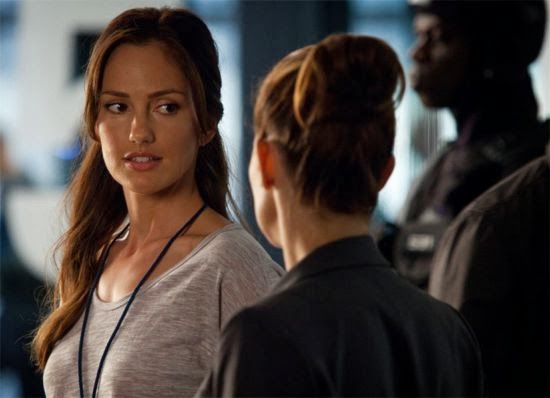 There are two other Russian Dolls we can add to out list.

How refreshing to see some layers added to the character of Detective Stahl.  It seems there is some complexity beneath the complexion after all.  And what an interesting twist to her own struggle to being almost human.

We find out Valerie is a chrome but a chrome in denial.  Is this healthy?  She's been keeping her true nature from her compatriots as an act, I can only assume, to blend in.  She doesn't want to be treated any differently than anyone else and I'm sure she wants to achive her goals without any special preference.  She's the type of person Lila saw as a threat and I can't help but feel she would come off as threatening to others if they really new what she was capable of.

Valerie comes from the Latin, Valerius, it means denotes "strength, health and boldness."  All of which I'm sure Stahl possess but chooses to inhibit.  It's too bad the writers chose to withhold this for so long.  We may have grown some more appreciation for her and not see her as the flawless pretty face. 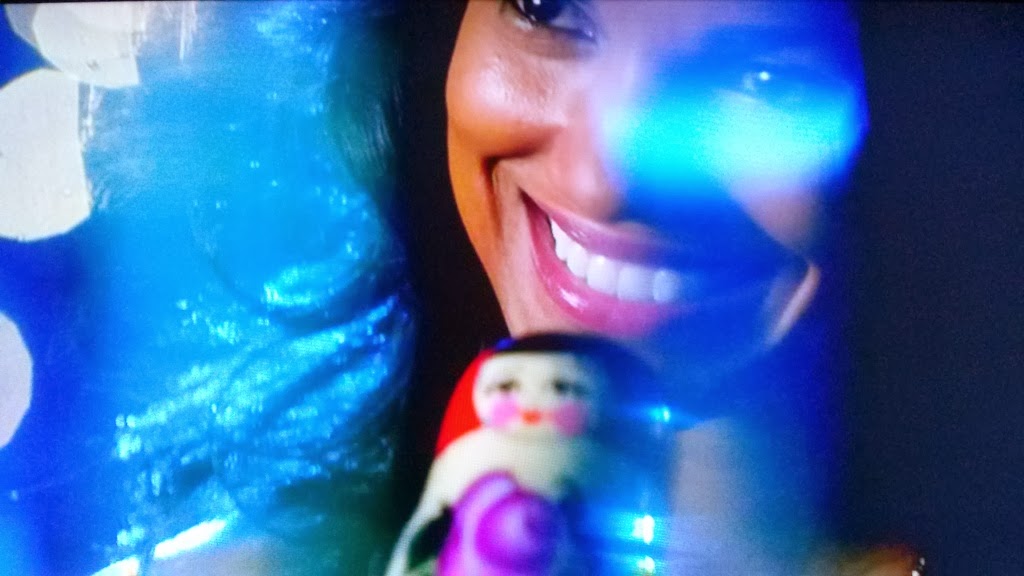 I think we are aware of the complexity of the last of our Russian Doll, Anna.

The one time lover to Kennex turned traitor and now what?  Puppeteer?  The cute little knick-knack that spun our story in a whole new direction turned out to be a listening device. 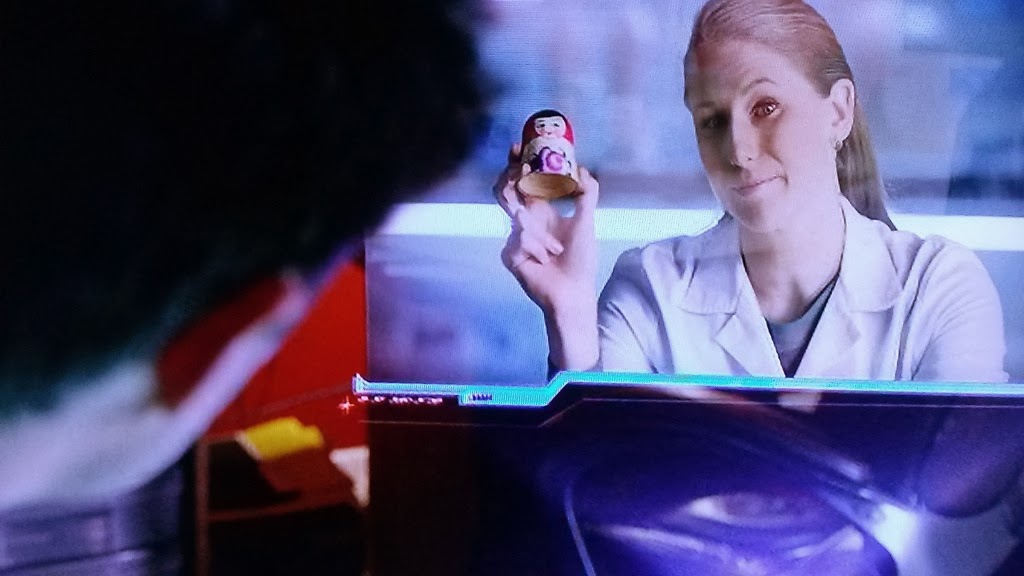 I never thought of it before, but surely Anna knows John survived her deadly ambush. Has she been pulling his strings and using him for information via her device?   It would seem so.  She certainly hasn't sought to finish him off.  His continued presence has kept her group one step ahead of the police.  I wonder how John feels about being duped once before and being used in a similar fashion now. 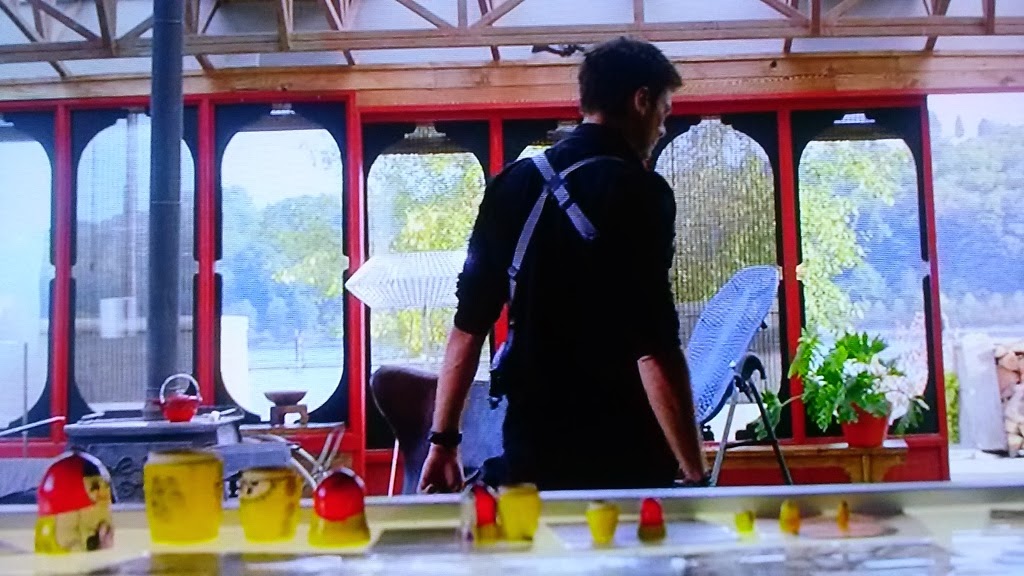 Complexity, intricacy and entanglement.  All the great facets of the human condition and the basic tenets to the make up of a brilliant tale.  The Russian Dolls opened up before our eyes and the story they brought forth added further dimension to Almost Human.

Pity it took this chapter so long to reach us.  I'm sure they are using it to set up the last three episodes where John will meet Anna once again.  That's fine and Karl Urban is the star.  However, it is no secret that Michael Ealy's Dorian is my favorite character.

That's the story I am keen to follow.  The human trapped inside the body of an android.  I should mention the meaning of the name Dorian.  It's rooted in the Greek, Doris, which means "gift."   Perhaps Dorian will be the gift that mankind needs or perhaps Dorian will receive a gift that will add further meaning to his life.

Dorian also comes from Gaelic, Dorieann, which means "tempestuous weather."  Both definitions seem to apply to Dorian although I foresee stormy seas ahead for our favorite DRN as the first season comes to a close.

Can Dorian survive the maelstrom of what is to be almost human or will he choose the path of Lila? Her name comes from the Polish, "of the people" something she sadly rejected but I hope something Dorian chooses to embrace.