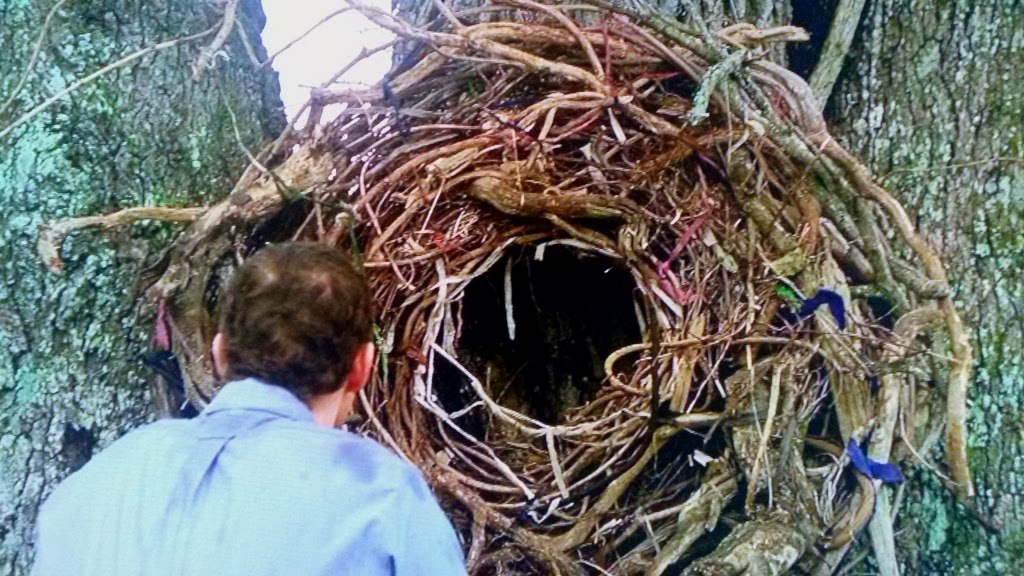 I thought I'd be clever and title this post "Revelations" because of all the significant things we learned in this episode.  In other words the "reveals."  The clever part comes from the tie in to the Book of Revelations but just as a passing reference.

Let's dispense with my lame attempts at cleverness and take a more serious look at what turns out to be the competing philosophical and religious maxims at play.

As the last episode of True Detective came to a close we followed two parallel story lines wherein Rust Cohle was espousing his latest religious screed to Detectives Gilbough and Papania and the inter-cut scenes of Cohle reopening his investigation to the '95 murders.

The haggard Cohle explains to Gilbough and Papania that "Death created time to grow the things that it would kill.  You can't change your life and that is the terrible and secret fate of all life."

As Cohle has learned in his investigation of the murders, the Yellow King and the thoughts of Reggie LeDoux everything is a circle.  We may think we live in a sphere but from the outside looking in, our existence is just a flat circle that is destined to repeat itself.

That flat circle and it's philosophy is exemplified in the wreath of vines and roots that Cohle discovers (pictured above) as he goes back to the Dora Lange  murder site.  It is pagan, and as such, a thing of nature. 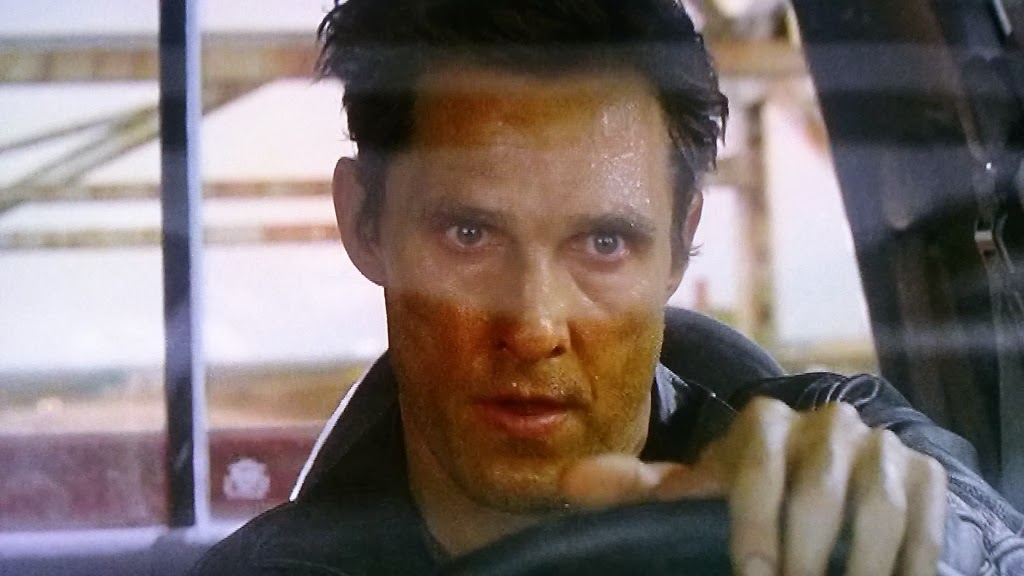 In the book of Revelations we get an opposing point of view and that is the finality of all things.

Revelations teaches of the apocalypse and as the prologue states, "I am the Alpha and the Omega."  The beginning and the end.  Rust Cohle doesn't strike anyone as a true believer.   (If you remember from the episode, "The Locked Room," he looked upon a tent full of true believers and remarked none of them will be "splitting the atom anytime soon.")  But it is my thinking there is no greater believer in the finality of all things than Rust Cohle.  In that finality, in that Christian biblical sense, Cohle will finally get his peace of mind.

I don't believe that Cohle buys into his own screed as professed to Gilbough and Papania. Instead I believe he intends to break the circle and free those that have suffered from these horrible crimes and bring them finality and rest.  This also includes himself and his tortured existence due to the death of his daughter.  He has to prove it to himself and to the memory of his daughter that these things won't keep repeating themselves and that life has meaning.

This is what drives him. 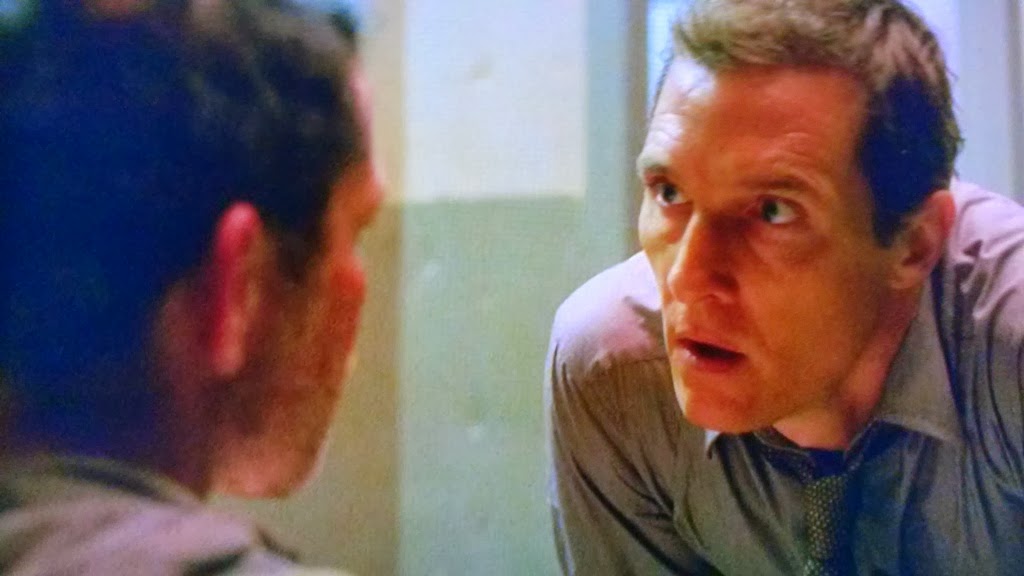 As Martin Hart has told us there is no greater "box man" that Rustin Cohle.  Ironically, in this episode his work in the "box" represents a failure as he inadvertently sabotages a confession and simultaneously learns his previous case is not closed.

What we have also learned from Hart is that as Gilbough and Papania have been trying to get a read on Cohle, he has already gotten a read on them.

Remember when Cohle storms out of the interview and dismisses the detectives as "company men."  If they want to see what he has, then they better get a warrant.

Cohle does have a read on them and I believe he believes he can trust them.

To this point, Cohle believed the earlier Task Force that wanted their case was in on it.  Now when he stomps out of the interview it is an invitation to follow him.

He's found his allies,  It's time to break the circle. 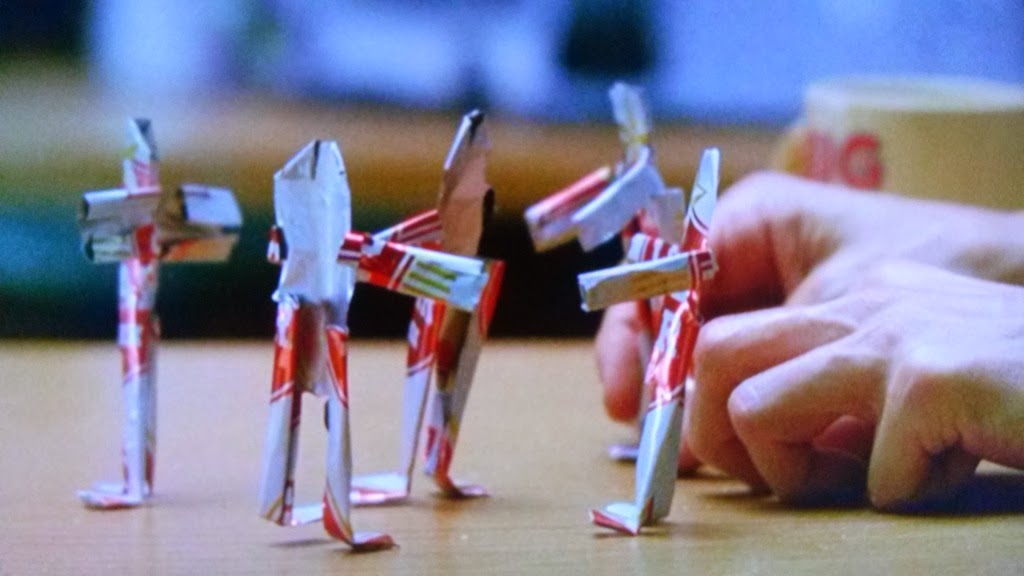 There may may be another clue right in front of the detectives and the viewing audience.

Rust Cohle has carved out a set a figurines from the beer cans  he's consumed.  They stand before him just before he exits his interview.  What do they represent? They seem to be standing in a circle.

Are they symbolic of the children that have been so brutally murdered?

Are do they represent the body count that Cohle has compiled in pursuit of closing the circle?

I'm hoping it's the children that stand before him , cold, stark and unfeeling.  Yet still standing waiting to be laid to rest.  Waiting for the the last person we'd take as a true believer.

Waiting for Rust Cohle to complete his mission from God. 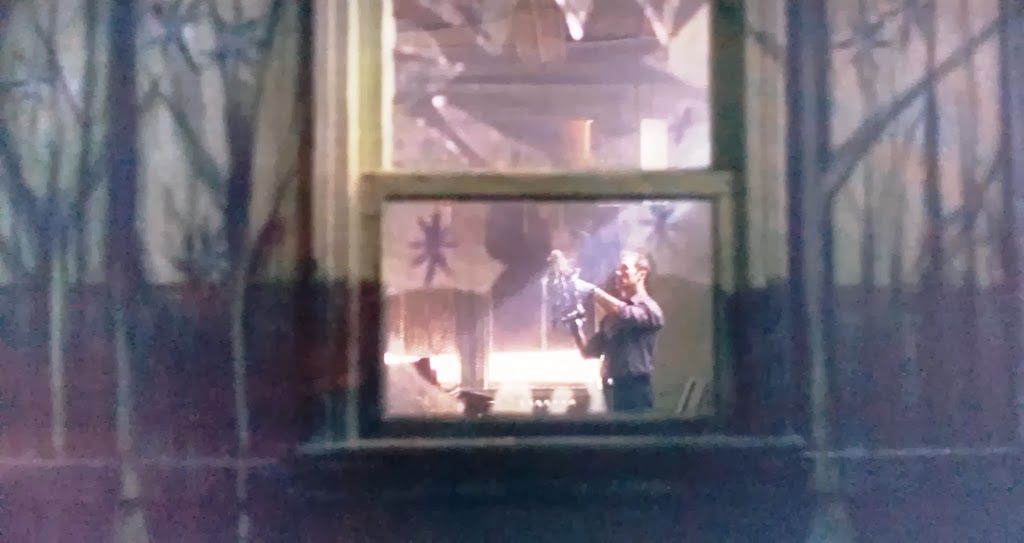 Are you a believer?