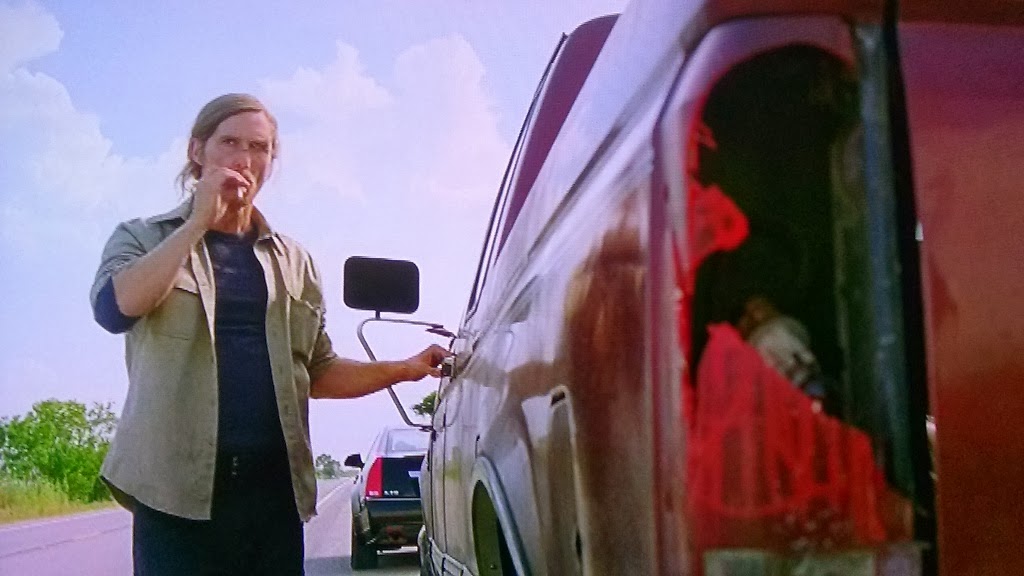 "It's better to burn out than to fade away."

Can anyone imagine the character of Rust Cohle fading away?  He's already seemed to reach burn out status, or at least, that's how he wants to be perceived.  Judging by the broken brake light as seen in the picture above, he never seems to stop either.

I was thinking of Neil Young and Crazy Horses magnum opus album from1979, "Rust Never Sleeps" in the context of Detective Cohle's dogged pursuit of the Dora Lange case.  Young wrote the concept album about avoiding artistic complacency.   By the end of the last episode, Haunted Houses, I marveled at the tenacity of Rust Cohle and how he's progressive just like Neil Young was in his day, fighting the good fight for artistic integrity and preserving his own sense of theatricality in order to keep things real and new.  Or in Cohle's case, to keep people off balance.  I shook my head as the credits rolled and said to myself, "this guy never sleeps, he's tireless!"

I'd like to think that True Detective writer and creator, Nic Pizzolatto, is familiar with Neil Young's work.  His character, Rust, is something that has corroded over time.  Something that was once made of finer steel.  How long can he endure?  Where is his breaking point?

It's become apparent, at least to me, that this season of True Detective has increasingly become the story of Rust Cohle.  It's certainly not your classic "whodunit."  And as much as Martin Hart's character was central in the whole cover up and web of lies following the end of LeDoux and his wife's Maggie's act of revenge.  It's Cohle that has this story at it's center.  As Cohle said to his partner, "Without me, there is no you."

You have to ask yourself how much of Cohle's story is calculated by him.  Did he deliberately get himself fired by confronting Tuttle in his ministry?  Did he pour salt in his own wound by going back to the barracks allowing Marty to brawl with him out in the parking lot?  Has the corrosion reached such a level that he can't think straight anymore culminating with is assignation with Maggie?  Or, by doing all of the aforementioned did he give himself the freedom to act on his own much as he did when he pursued the leads that led him to the Iron Crusaders and he went "off reservation." 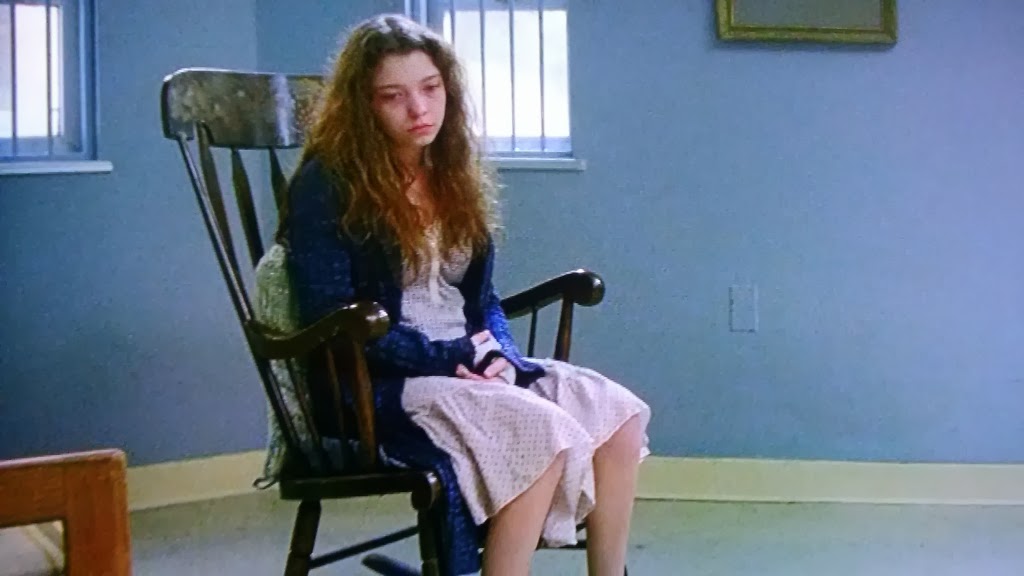 Will the rust corrode to such an extent that Cohle will crumble before the weight of his objective?  If his behavior isn't calculated then what was his breaking point?  Was it the interview where he learned the case wasn't closed?  Was it seeing Kelly, the girl he rescued many years before, break down in the sanatorium that is now her home?

No, the breaking point came many, many years before.  It was the death of his daughter and the dissolution of his marriage.  Cohle has been burning out ever since.

Marty Hart told the investigators he thought Cohle had reached his breaking point with the confession of the "Marshland Madea."   I don't think that was it but it was a turning point and it revealed to me what was Cohle's end game. 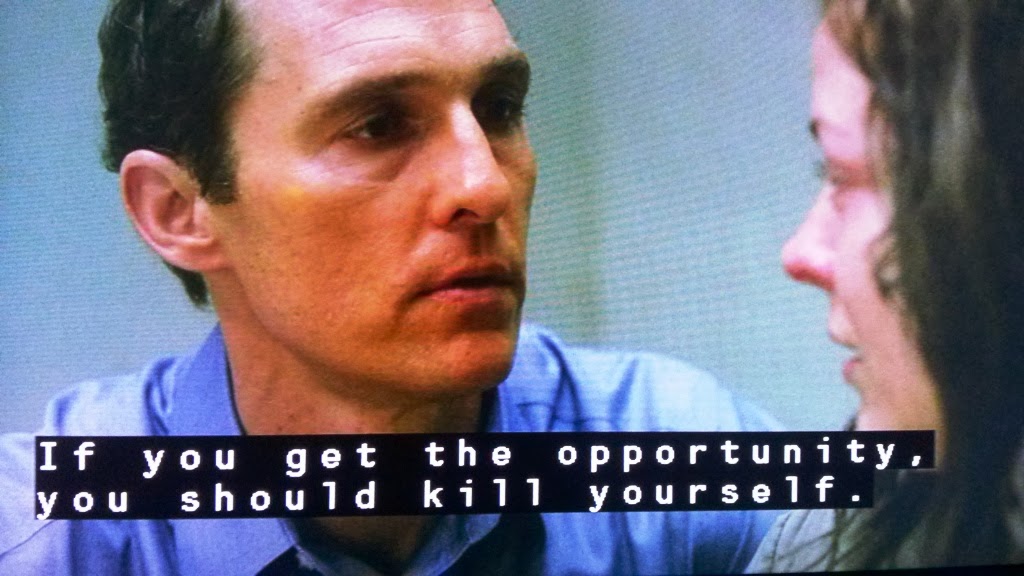 After revealing the enormity of what "Madea" had done and it's consequences, he left her with little choice in what to do.

In researching, "Rust Never Sleeps" I came across the fact that Neil Young was horrified to find his line, "it's better to burn out than to fade away" was contained in the suicide note of Nirvana frontman, Kurt Cobain.  Young made it a point to emphasize the end of "Hey, Hey, My, My" by singing out, "Once you're gone you can't come back."  Finality is forever.

What is Rust Cohle to do when the case is finally closed? 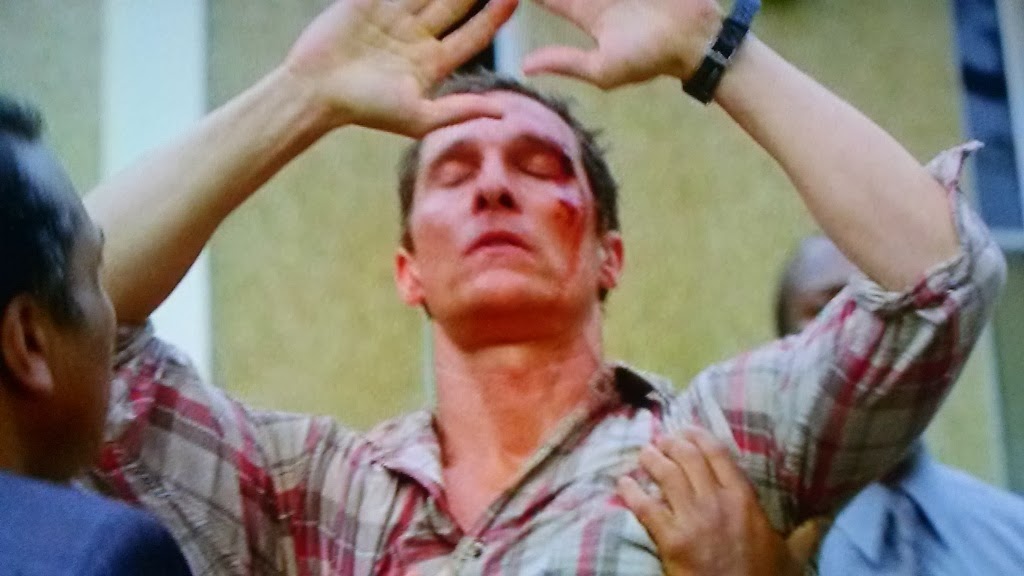 He's aware of the enormity of all his acts.  The self abuse, performing outside the law, betraying his partner and the web of lies.  He was never one to burn out and after all this he can't just fade away. When all is said and done Rusten Cohle will find his peace and he will take his own advice.

And once he's gone, he'll never come back.