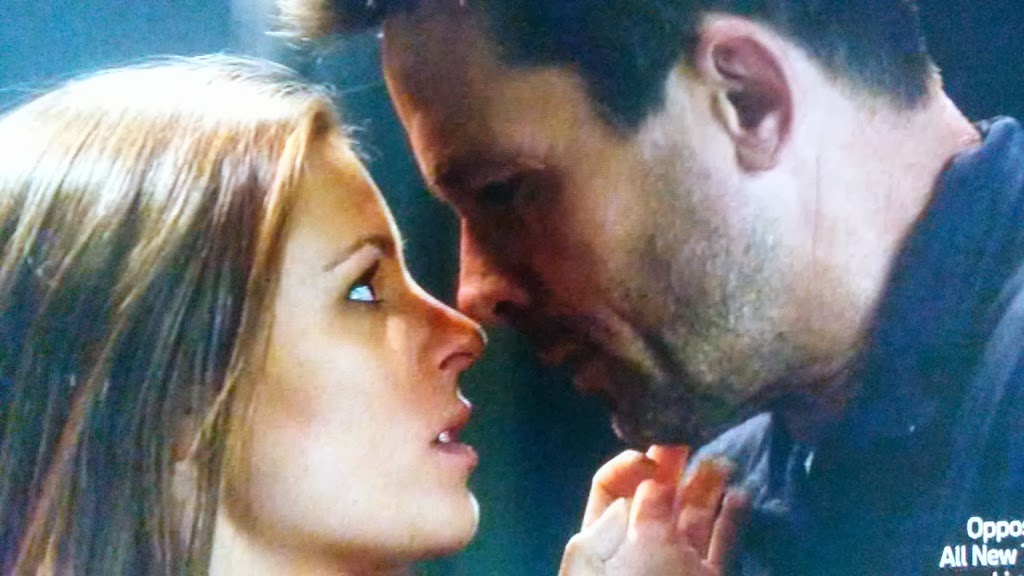 Helix cranked up the sexual overtones in the their last episode entitled, "Aniqatiga."  And to what end I wonder.

The episode started rich with mythology and teeming with answers most notably the fate of Sergio Balleseros  and the continued hallucinations of Julia.

But I couldn't help be distracted with the overt placement of sexual or romantic situations.

Let's start with Alan Farragut and his mixed messages towards Sarah Jordan.  This is a quick lesson on not how to impress a lady.  Alan tells Sarah he needs Julia (she wrote the book on gene splicing) and then he tells Sarah they "only have each other" and how he "can't afford to lose her either."

Did you see the look on her face?

She switches between being crushed and elated with the wink of an eye.  Wow, Alan, this is the lady that isn't exactly in a good place what with her morphine indulgence.  And now you're teasing her about being the last two standing? Are you trying to push her over the edge? 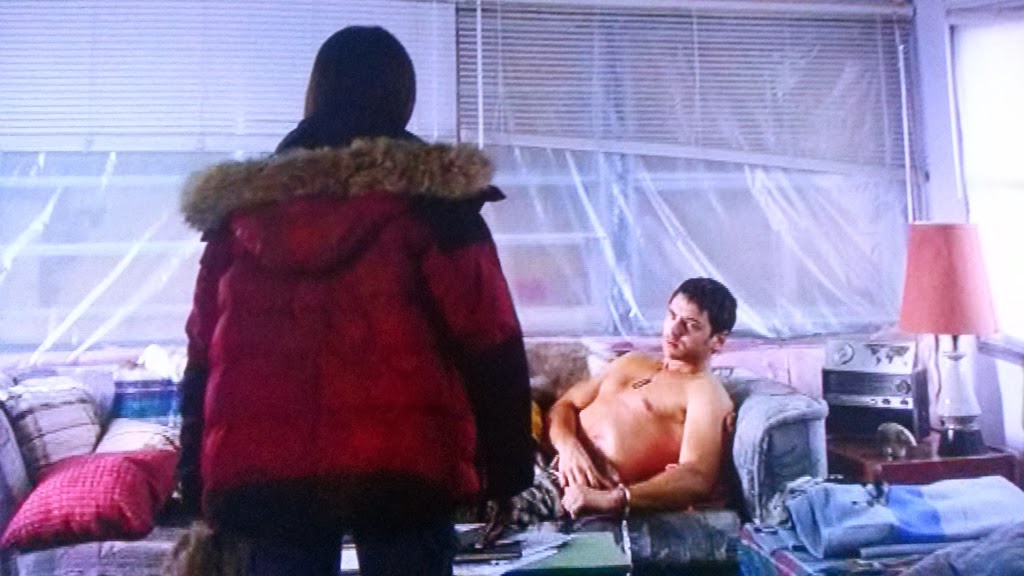 If the sexual innuendo of between Alan and Sarah weren't bad enough we switch to Sergio and his new found "friend" Anana.

Not only did this encounter have sexual overtones it was spiced with some S&M!  Really?  A shirtless Sergio handcuffed to the bed?  It gets better(?) when a furious Anana confronts Sergio with his escape attempt and actually mounts him in order to make her point.

Well now, we get it Anana!

It even gets steamier by the end of the episode when Alan and Sarah decide to let go of their inhibitions and find a release.

So why all the overt sexuality?  The cynical side of me would say sex sells and the way to keep people watching and draw in new viewers is to come up with some sexual situations in order to up the titillation factor.  I did giggle at a few of the scenes but when you invest yourself with a show like this and it's sci-fi appeal doesn't this cheapen things a bit?

I suppose everyone knows what a "shipper" is.  Someone that is invested in the relationships of a show.  It seems every show has to have it's shipper quotient these day but do we really need it on Helix?  Or is it at least, too soon?

If there is one thing all the shipper/sexual nonsense did bring us it was the revelation of the missing children and Daniel's twin, Toluk.  Or should we refer to Daniel as, "Miksa." 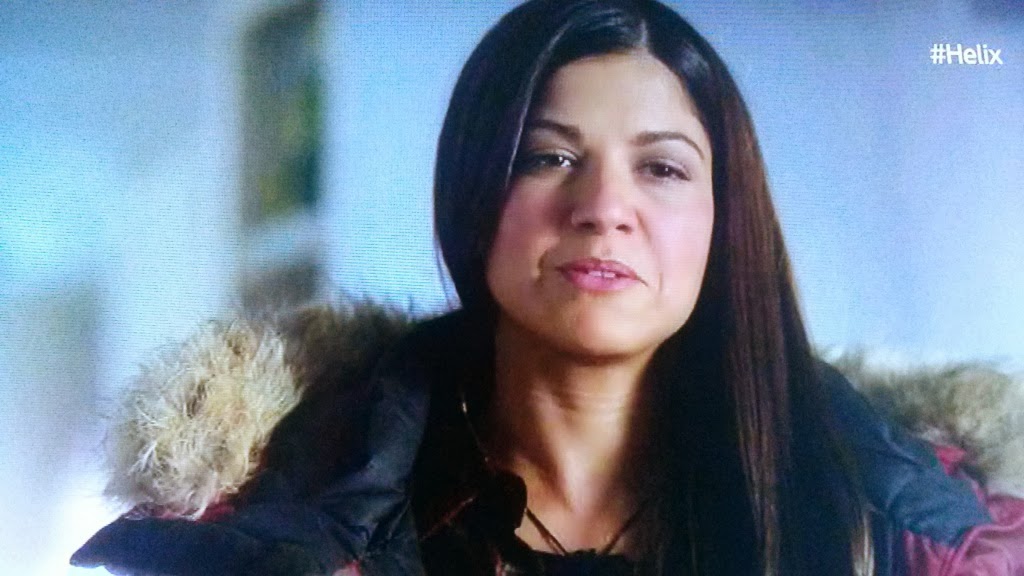 Anana has a brother and that brother has a twin!  Aniqatiga means "my sibling" in the Inupiaq language.  (Inuit of Alaska.) This opens up a whole new kettle of fish.  Not only does this mean the missing children may have been part of Arctic BioSystems experimentation, but it also means Daniel is one of the missing and through his unique stature as a twin it affords ABS with someone to experiment on and then sample the other twin as a control subject.

My mind immediately leapt to the Julia storyline and that of the mysterious little girl. 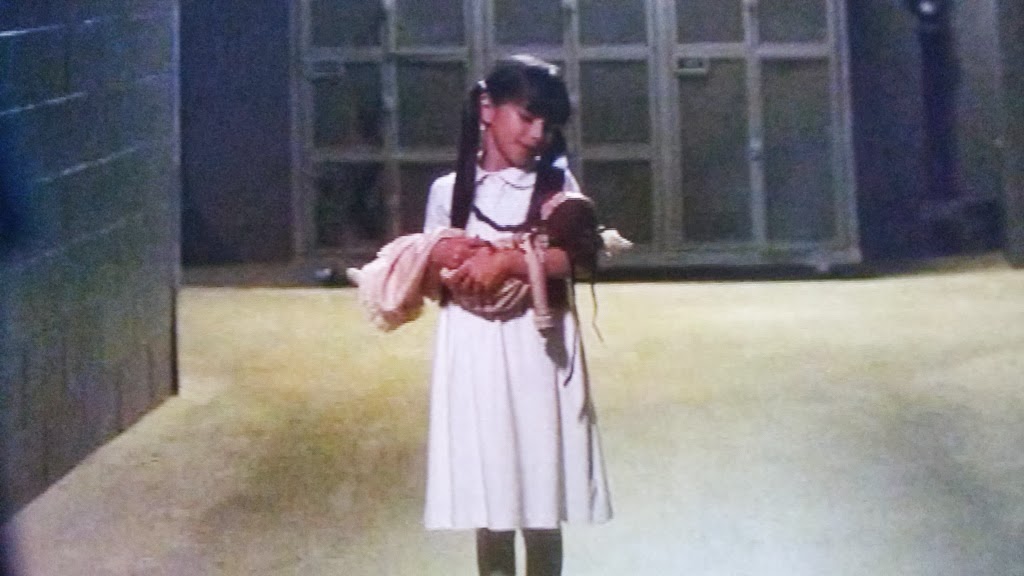 As the episode progressed I began to work out a theory that Julia's latest vision was really an avatar of her childhood self.  This wasn't a big leap and it was later confirmed by "dream Peter."  But can we tie this in with the missing children of the Inuit tribe?  Was Julia a missing child at one point?  I'm still torn over Julia really been held as a child and experimented on and/or her being held as an adult and through experimentation she reverted psychologically to a childhood state.

Does Julia have a twin? 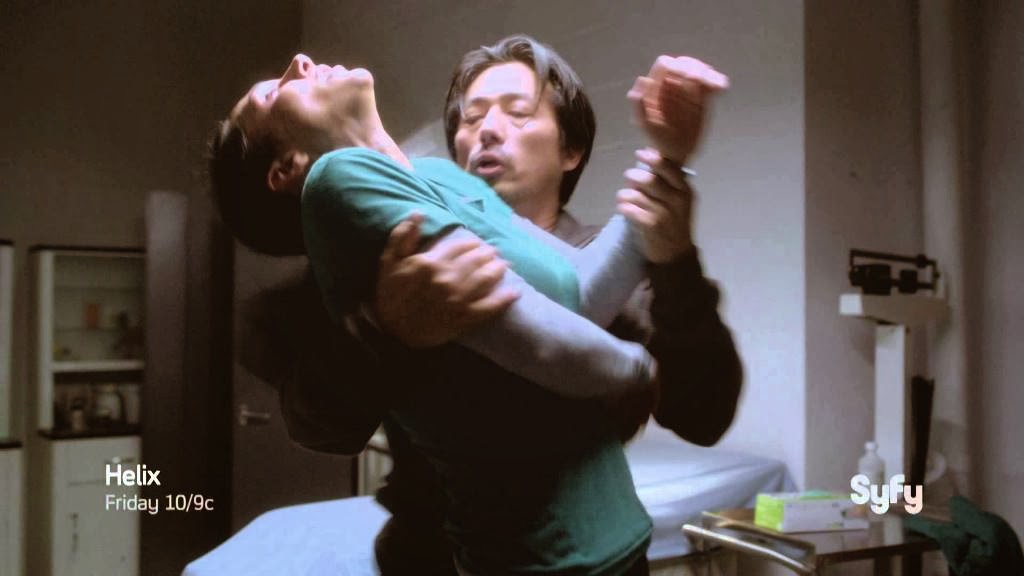 In a manner of speaking maybe she does and that twin may be Hatake.

This may explain his fascination with her and it may explain her lack of NARVIK - B viral symptoms by the end of the episode.  It seems Hatake has provided Julia with a cure of sorts the only lingering affect is the eyes she's now inherited that are much like Hatake's. 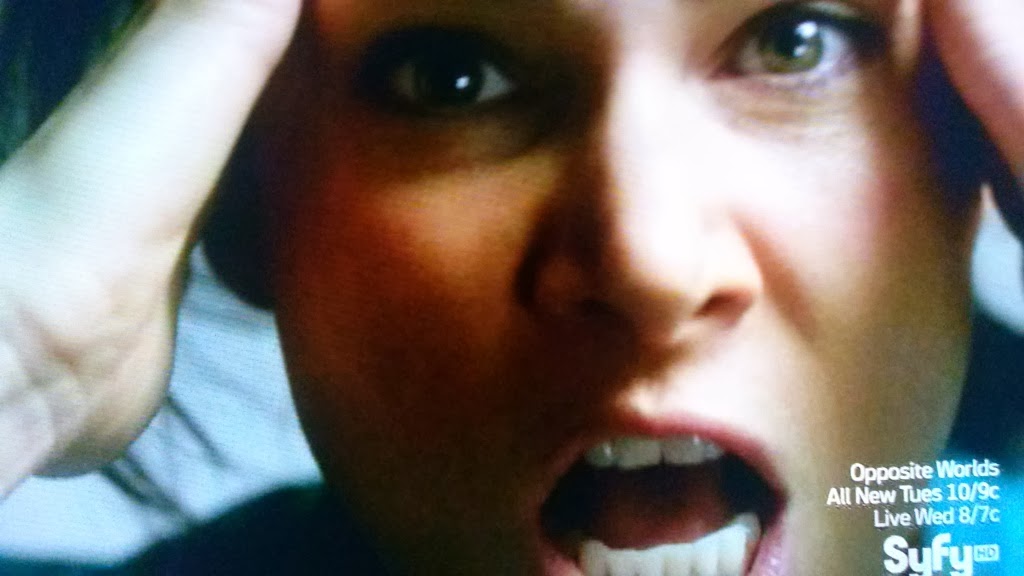 They may be just twins in a metaphorical sense but I sense this goes deeper.  As Alan said earlier, Julia is the master of gene splicing.  Did her genetic make up get spliced with that of Hatake's?  Did it happen during their respective childhoods?  Were they both experimented on as children and are they "twins" because of the genetic makeup they share and their shared experience?

To add fuel to this fire, remember when Julia noticed how fast Hatake's wound has been healing?  He looked at her with a wry smile and said, "I must have good genes."

Good "shared" genes and that's why the cure worked so well with Julia.

This may not go back to their childhoods.  Although, I hope it does.  Julia and Hatake may have been experimented on as adults and have the same shared trauma that reverted them to a childlike state.   But it would be a lot creepier if they actually grew up together in the lab.  Don't you remember that vacation Julia? 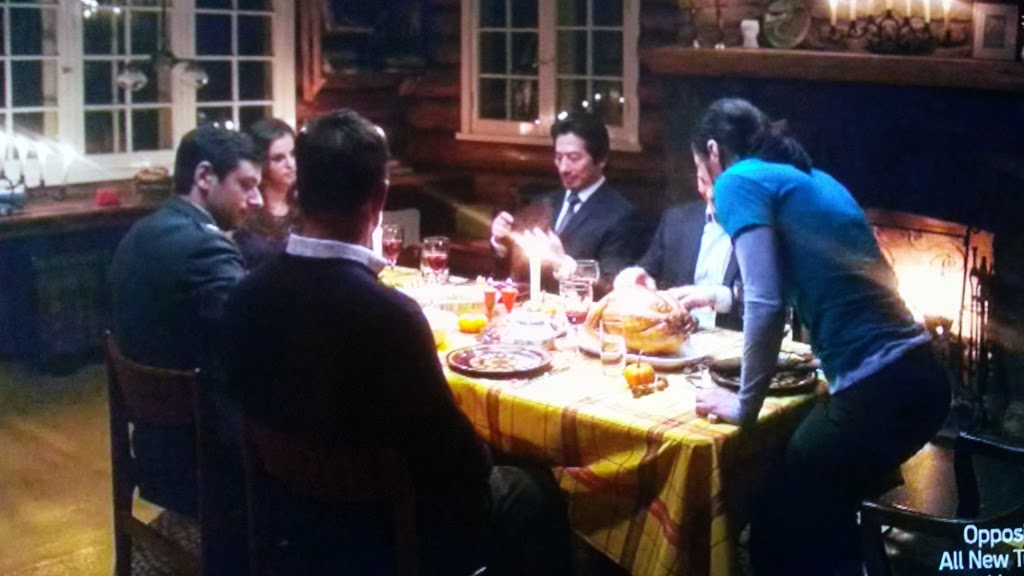 The inclusion of the family dinner scene may help solidify this theory of mine.  Metaphorically speaking , they did all sit there as a family and everyone is related to one or the other in some respect.  Either as a sibling  (uh-oh Alan, watch your back) or by marriage or by "affair".  Hmm, all except Sergio.  What's your relation Sergio?  Do you have a sibling somewhere?  (I bet he find out he does.) 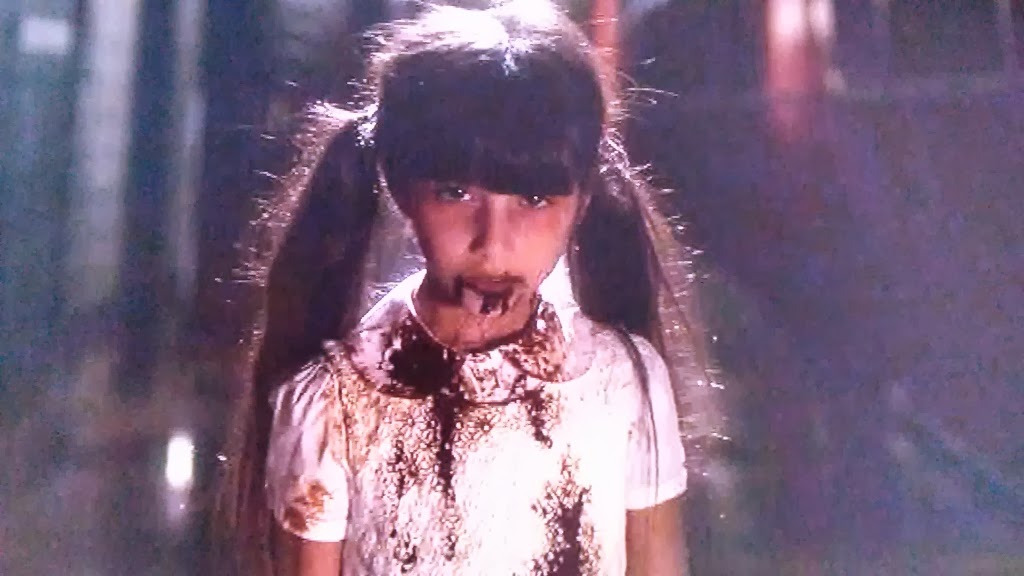 This story may have had a misplaced sexual context but it opened the genie's bottle to a whole new wing of mythology.

Twin, siblings and children, oh my!  Good luck getting out of this land of Oz Julia!