Does Bond have a new Femme Fatale? 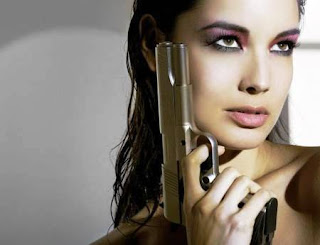 Rumors abound that French actress Berenice Marlohe has landed the role of the new Bond girl for the yet untitled 23rd James Bond film.  It's a story I've been watching all day yet it still hasn't actually been confirmed.  The story was originally reported by Twitch Film but even as 2 hours ago, as I type this, there has been no actual confirmation from the actress or her representatives.
Judging by the above picture she seems perfect for the role.  However her resume has been generally limited to TV and is only just been trying to make her mark in the movies.
It's not the first time we've seen a French actress in a Bond film.  As far back as 1965 actress Claudine Auger played "Dominque" in Thunderball. 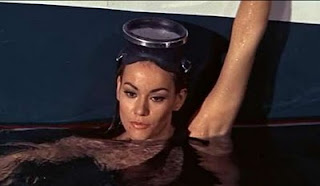 As recently as 2006 we had actress Eva Green (a personal favorite) in Casino Royale where she played Vesper Lynd. (I might add, Ms. Green completed a terrific turn as Morgan Le Fay in Camelot and is due next in the film iteration of Dark Shadows.) 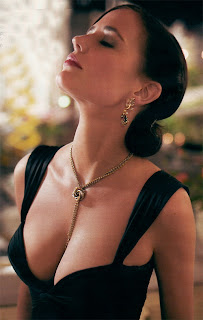 Another favorite of mine is actress Sophie Marceau.  Marceau was featured in the Bond film, "The World is Not Enough" as Elektra King.  I was hoping Marceau would land the role of Sophie Neveu in 2006's "The Da Vinci Code" but the role went to another French actress Audrey Tautou.  (Tautou was spot on in the movie, "Dirty Pretty Things", 2002.) 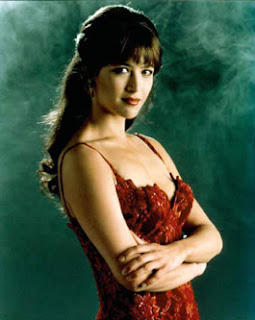 So, Ms Marhole has quite a bit to live up to, I wish her the best but first of all I wish she would be confirmed!
Email Post
Labels: 007 Berenice Marlohe Bond 23 Casino Royale Eva Green James Bond Sophie Marceau The World is not Enough Thunderball