Person of Interest: For Whom The Bell Tolls. 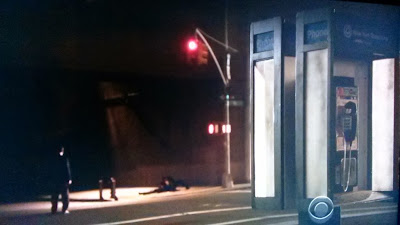 I had scheduled a blog post for Sleepy Hollow this evening but with all the buzz about "Person of Interest" I thought I better hurry up and watch the episode before it got spoiled for us.

Person of Interest is one of my favorite shows on TV and we usually watch it over the weekend along with Elementary.  I usually blog about the shows I love but "Person" seemed slightly different and I just wanted to enjoy for itself without having the pressure of re-watching it and taking copious notes.

Tonight my hand was forced.

A beloved character fell this episode and as she passed the empty ring of a telephone echoed through the night.

No doubt it was "The Machine" with a warning that came too late.  Can the Machine be too late or was just a case of Finch being stuck between the call of the Machine and the tableau playing out in front of him.

It would be ironic I suppose if it was the Machine calling to warn Finch.  Finch had been wrestling with the notion of the Machine's lack of personal touch with him.  After all, the Machine had reached out to Root and that hadn't escaped her notice.  She often taunted Finch that the Machine would speak directly to her but not to him.  And he was the Creator.

So the moment the Machine had actually reached out to Finch he ignored it.  Or her.  Ah irony. 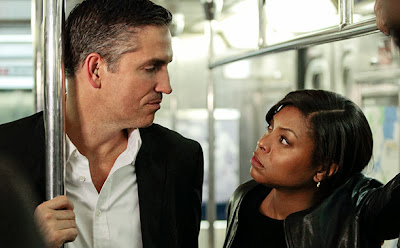 The numbers had come up for Reese and they played everything correctly.  Sure chances had to be taken and their forces were split but they had been in tough scrapes before.  Surely things would work out.

False flags abounded in this episode.  For a while it looked as though Lionel was going to get it.  Or perhaps his son would die an untimely death.  Certainly the fact that Reese's number came up meant he may have drawn his last breath.

Instead, that last breath belonged to Carter and with it John did die a little.  He had confessed to her earlier when he was at his lowest, the out stretched hand that brought him back from the abyss belonged to her.  Now as John held Joss in his arms he felt as helpless as he did when he thought of ending his own life. 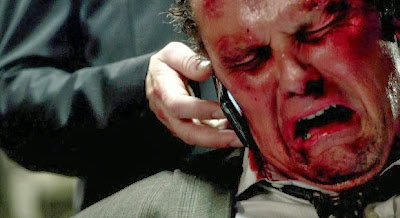 In this episode we saw Jonathan Nolan borrow from his script from the second in the Christian Bale Batman series.  In the movie, "The Dark Knight" the Joker had left Batman with a Hobson's choice which is to say a choice with no options at all.   Rescue his girl or rescue the hero of Gotham, Harvey Dent  Fortunately for Fusco, Shaw had made the right call and rescued his son instead of going for Fusco as she couldn't be in two places at once.  Fusco found a way out of his own predicament. 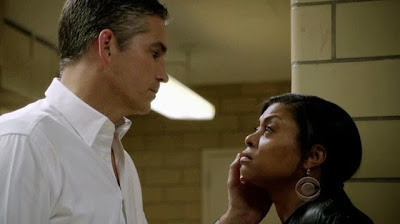 There was no way out for Carter however.  Did you notice in the last episode that her son was safe with her estranged but reformed husband?  It was a nice little piece of writing by the Person of Interest staff.  It provided closure for the boy and while Reese will be out for revenge he won't be tied down having to care for Carter's son. 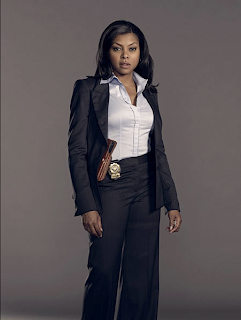 I'm going to miss Carter.  The previous episode was her moment to shine and Taraji Henson handled it superbly.  It was getting a little crowded on the show what with the addition of  Amy Acker's Root and Sarah Shahi's Shaw so I had a feeling someone had to go.  It is said Carter will return in flashbacks.  Still it leaves an empty feeling.

I'm warning them though, if they touch one hair on Bear's head I am done with this show.