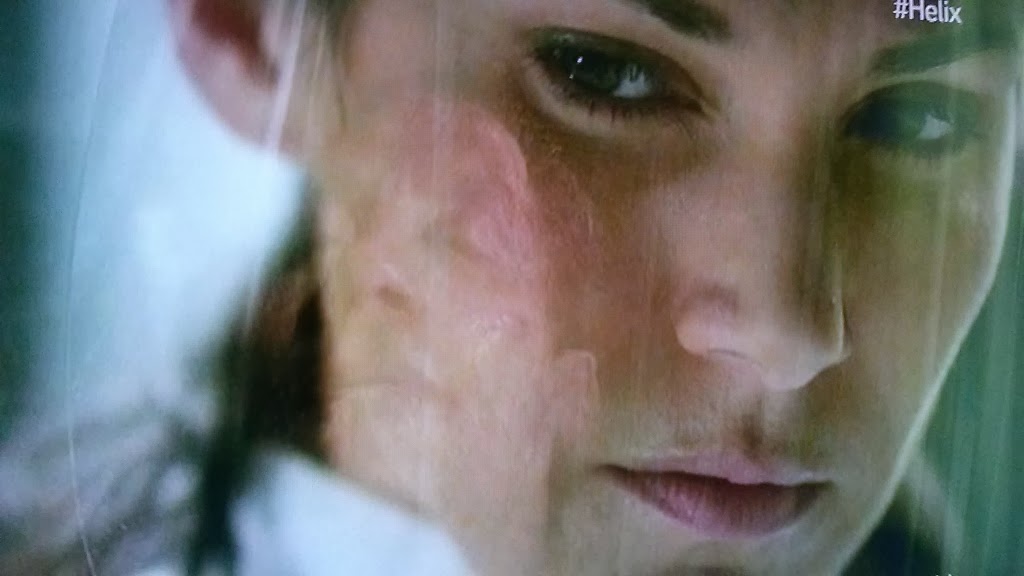 In computer speak aTrojan Horse Virus is a " type of malware program containing malicious code that, when executed, carries out actions determined by the nature of the Trojan, typically causing loss or theft of data, and possible system harm." (Wikipedia.)

I don't think we have to question the "system harm" aspect of the virus in Helix.  I've been scratching my head on how many forms this virus takes and I stopped counting at three.  Of course it may be less as the symptoms take time to manifest and it may react differently according to the host type.

I thought of this pondering the fate of  Dr. Walker or Julia.  The viewing audience all knew she was infected thanks to Peter's "kiss" at he end of the last episode.  Her ex-husband Dr. Alan Walker discovers her in the shower and naturally she doesn't tell  him anything about her attack.

She's paranoid of course and her paranoia may even be a symptom of her infection.  (Plus, it makes a handy sci-fi trope.)  But I began thinking that her silence and paranoia may be a way of the virus protecting itself in a human host.  That way should could be a silent vector as opposed to Dr. Suliman's violent vector and Peter's passive aggressive vector. 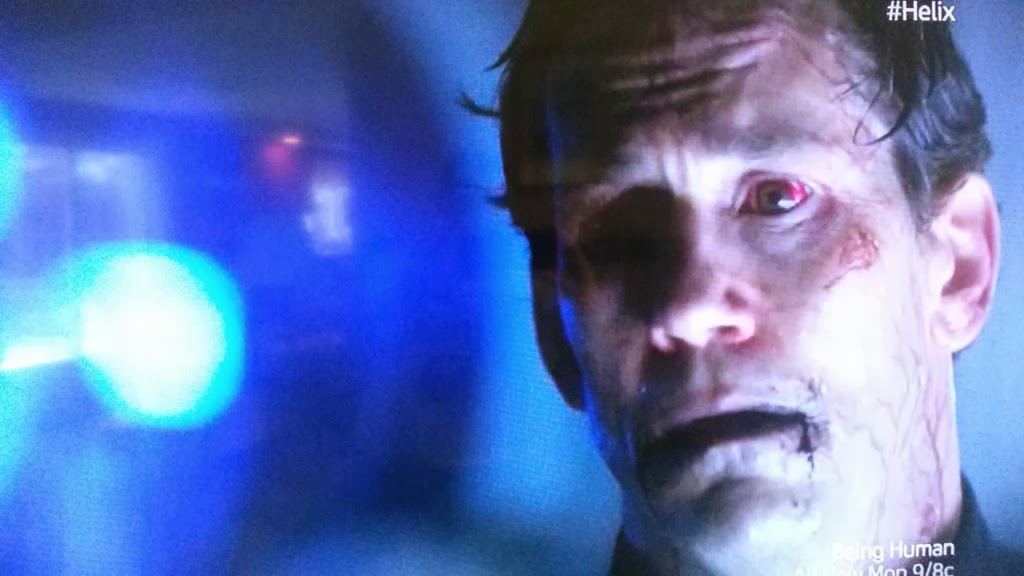 I was a little surprised to see Peter give himself up.  Pleasantly surprised.  How long could he be the "Jaws" of the Arctic circle swimming around in the ducts and waiting to strike.  Now, not only has he given himself up for study but he has retained a modicum of humanity wherein he can actually ask for help instead of bouncing off the walls like Dr. Sulemani.

Or, his type of Trojan Horse Virus is clever enough to get him into the lab where he can attack and eliminate the very few people positioned to save him and the rest of the infected.  Peter's intelligent vector may allow him prey upon the sympathies of those who love him like Alan and Julia. 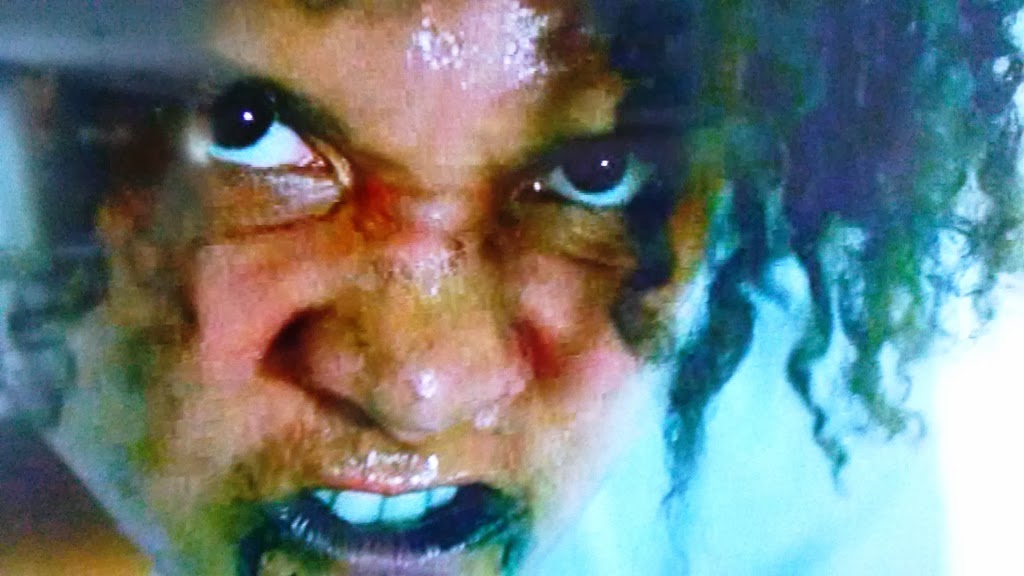 Dr. Sulemani's vector is the aggressive type.  The "Blue Screen of Death" type.  Too far gone to help and probably beyond saving in any fashion.  This is probably a more primitive form of the virus, one that acts out in order to spread itself as quickly as possible in order to grow and survive. 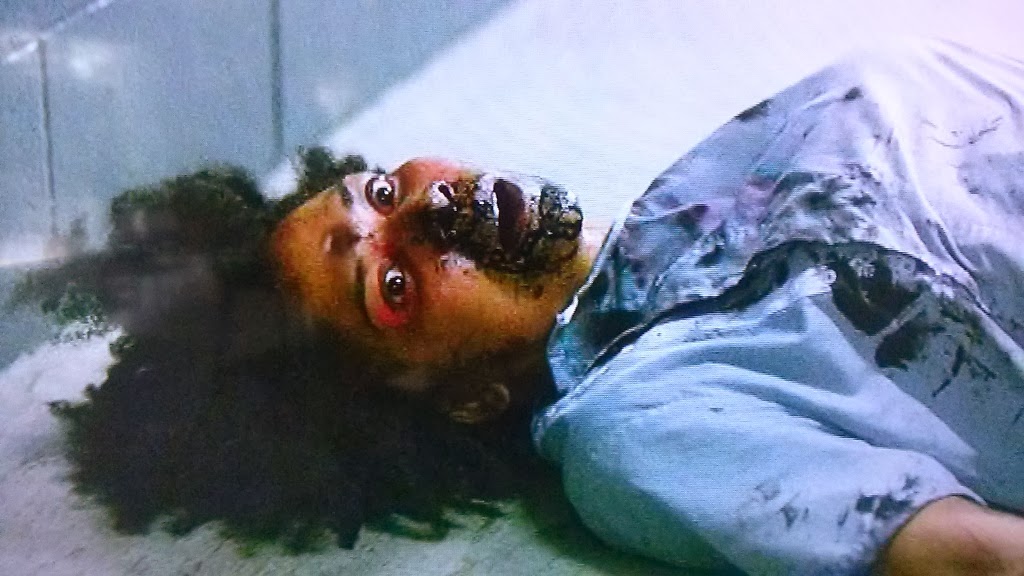 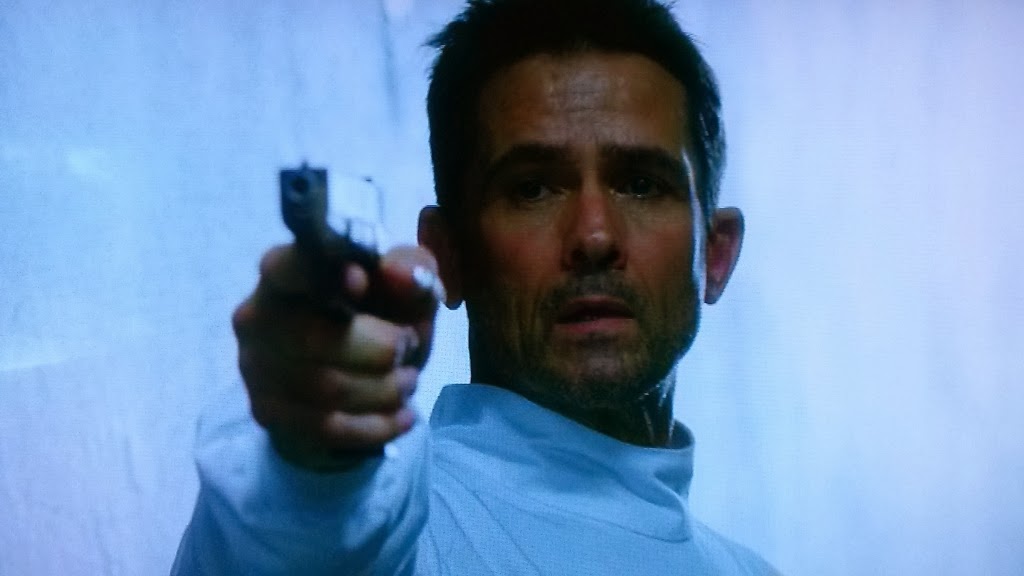 There is an easy way to stop her type of the virus.  It's hardly a cure but it is effective.  Sadly for Dr. Farragut it is not what he had in mind.  (Such an ironic twist of fate from his earlier stance when Daniel shot Sulemani.)

Is there another form of Vector? 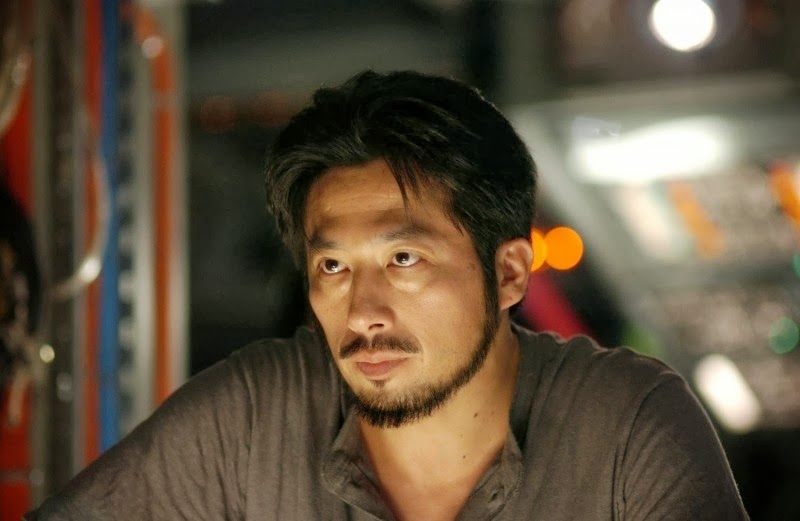 Has Dr. Hitaki been infected and cured?  Is he still a host despite the cure?  The most intelligent vector of them all?  We all know he is hiding something (many things) and he may be one of the 25% that survived the SODRA cure.  He's paranoid which is in keeping with the infection and he is hiding in plain sight, pulling all the strings and in complete control of the facility.

This is just a guess at this point.  The project is his baby and he may do anything to protect it any case.  But think of this, by giving Alan just enough rope, Alan may be able to perfect the SODRA cure to 100% making Hitaki's virus a complete success and allowing Hitaki to market his invention as he ultimately intended.  Whatever that is.  Now that would be an intelligent host.

It doesn't answer why Hitaki doesn't have any super human powers.  Perhaps he chooses not to exhibit them or perhaps the initial SODRA cure lessens their effectiveness.  In any case, Hitaki needs Farragut to perfect his infection/invention if my theory is proved to be correct. 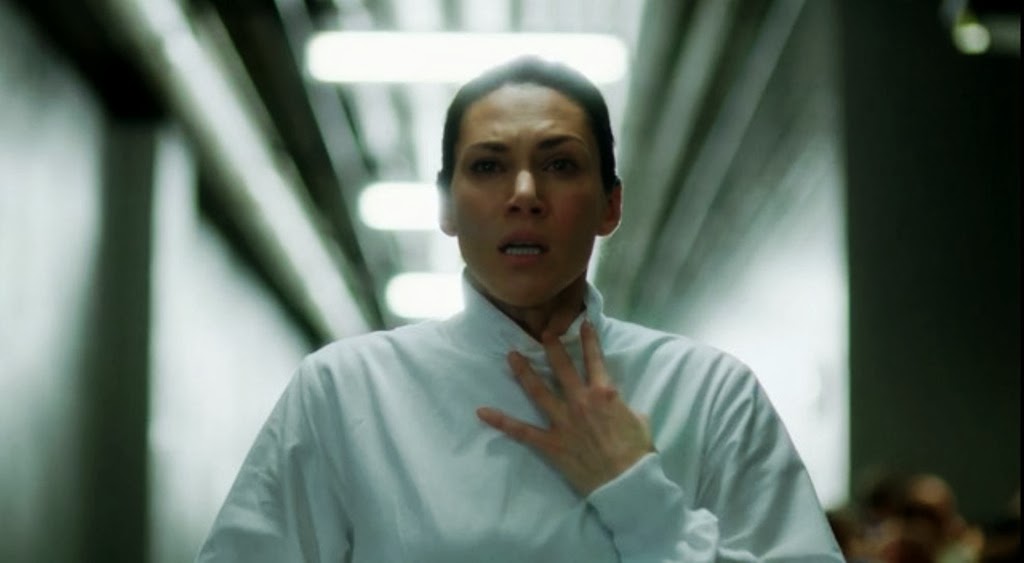 We'll have to keep a close eye on Julia.  She's infected but not too far gone.  She's paranoid but intelligent and self aware.  She's not a screaming banshee like Sulemani nor is she dripping with ooze like Peter Farragut.

Maybe she is "progress" like Hitaki uttered when he first found Peter and forced water into him.

Other odds and ends...