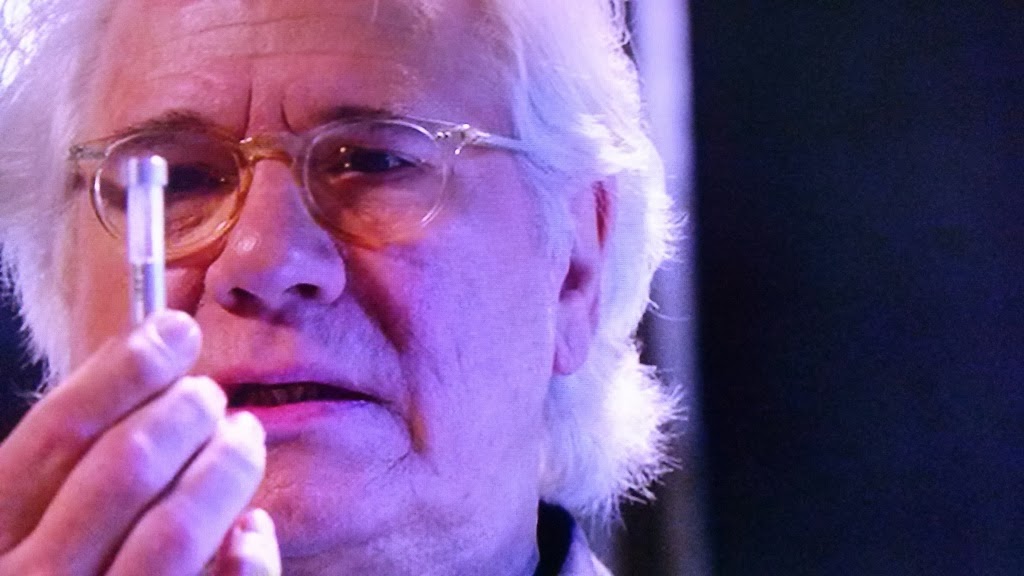 Didn't you get the feeling that Nigel Vaughn was working a long con in this episode?

Alas, it turned out to be true.  Dorian finally gets to meet his god and while outwardly his god appears to be compassionate, inwardly her harbors a deep seated need for revenge. 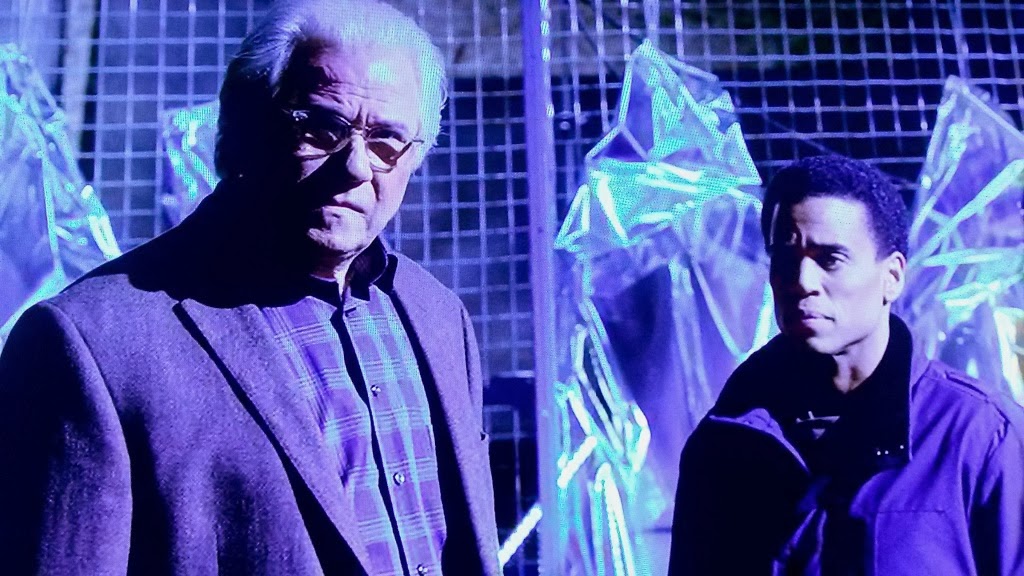 I thought this to be a very good episode of Almost Human.  It was neatly paced as a police procedural and smartly directed.  It included an existential subtext that related to the larger philosophical questions posed by the show and it left us with a cliff hanger of sorts wherein we get an insight to the direction the show will be taking as it progresses.  Especially it's larger "mythology." 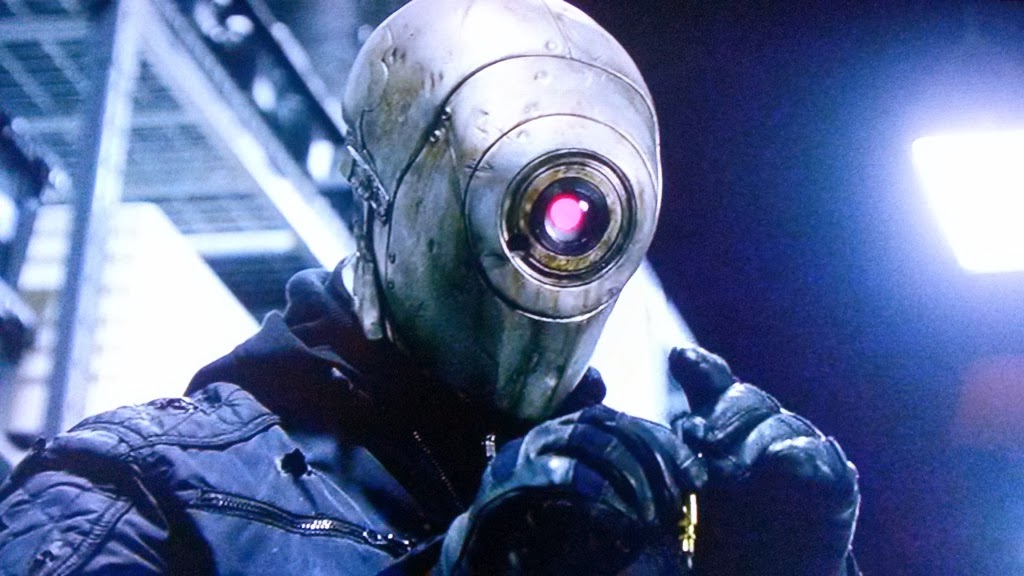 Our episode begins with a "Robocrook" committing violent crimes and breaking into the police evidence locker room.  It seems someone has reprogrammed robots of menial servitude in order to do their dirty work. 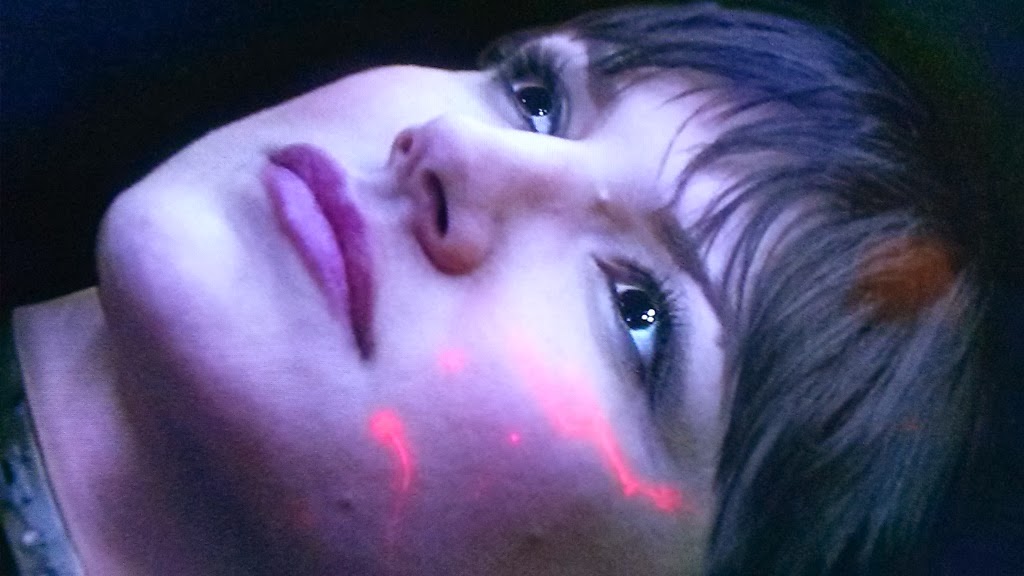 The object of this crime wave is the head of an "XRN" we come to know as "Danica."

Danica was the creation of erstwhile god, Nigel Vaughn, who has fallen into disgrace over the failure of his DRN's and the ultra-vilolent turn of his "comeback' creation the XRN Danica.  We learn that Danica was responsible for the death of 26 policemen and innumerable MX's during her rollout ceremony and this what led the Zeus (Jupiter) of his day, Vaughn, to go into hiding. 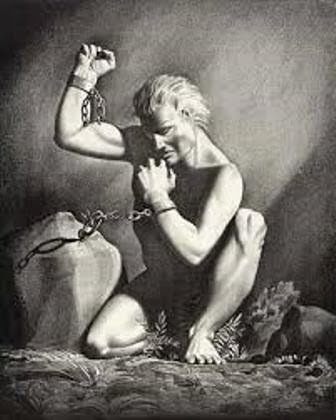 Two popular works of fiction come to mind, "Prometheus Unbound" and "Frankenstein Unbound."  In Frankenstein Unbound, which was also made into a movie, we get a harrowing tale of creation gone wrong, time travel, romance and revenge.  (The movie is quite bizarre and in this episode Kennex refers to Vaughn as Dr. Frankenstein.)

As for Prometheus Unbound, it is a play written by Percy Shelley (husband to Mary Shelly who authored "Frankenstein: or, The Modern Prometheus") and it was inspired by the ancient Greek myth of Prometheus, whom I have pictured above, just as he is being "unbound."

Prometheus was the Titan that stole fire from the gods and gave it to man thus making man less reliant of the gods.  As his punishment, Prometheus was chained to a rock for all eternity, doomed to have his guts picked out by an eagle only to see it healed over night but consumed again by the eagle each successive day.

Prometheus was eventually rescued by Hercules (Dorian?) but in the story by Shelly, Prometheus wins his freedom because Jupiter loses the support of his fellow gods and that of the mankind he lorded over.  With the legitimacy of Jupiter's power undermined Promethus is "unbound." 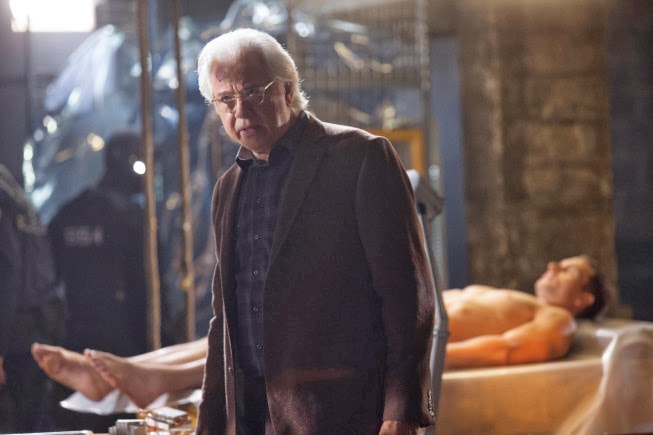 I think this particular version of the Promethean tale mirrors most closely our Almost Human saga.  But is Vaughn a god here or a Promethean hero?

Vaughn is godlike in that he created the DRN's in his own image and brought them unto the world.  But since he is just a man and because he dared to steal the power of the gods by virtue of his sin of creation he was banished and chained to his pariah status.  Like the "Modern Prometheus" of Dr. Victor Frankenin he is also responsible for the "monster' he released upon the world in the form of Danica.

It's a tough choice, God or Promethean hero?

Vaughn certainly fits the appearance as an "Angry God".

It became apparent Vaughn, as the episode progressed, had orchestrated the whole series of events which culminated in his stealing of the synthetic souls and the DNA processing cores.  We also learned earlier a second series of DRN's was due to be introduced but scrapped when, as Kennex revealed, the first generation started to commit suicide because they "couldn't cope with what they saw."

(That's ominous.  I've worried about Dorian's mental state in past blog posts and wondered if he would suffer from depression.  He takes a step closer to this state when he confesses to Kennex he may turn out like the XRN, Danica, because they are so closely related in their construction.  Kennex tries to assuage Dorian's fears but clearly the seeds of doubt have been planted.)

Were these second generation DRN's really scrapped or are they waiting on the other side of the wall?  Much like Jupiter was displaced in "Prometheus Unbound" Vaughn has been toppled from his heavenly throne.  Will he return with his army of second gen Dorians enhanced with the stolen processing cores and synthetic souls?  That's my theory.   Then indeed he will be an angry and wrathful god seeking to remake the world that spurned him. 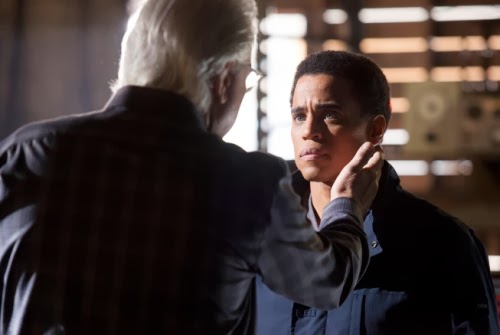 I guess this precludes him from being a Promethean hero.  He had such a nice "Gepetto" moment with Dorian and I believe his affection for Dorian to be sincere.  (Nice image from BuddyTV above.)  An important part of this exchange was when Dorian told Vaughn, "It's not our past that defines us.  It's what we do now."

This seems to have fallen on deaf ears.

Nigel Vaughn has now gone from god to monster.  He wrath seems to be unbound and it won't be long before he turns his vengeance back on the world that scorned him.

A hero will rise to face him.  He will meet his god again and behind him a legion of DRN's ready to remake the world in a different image.  Dorian will be this hero.  Will he be strong enough to face his former master and defeat him?  How will handle the multitude of Dorians that will oppose him?  I believe he will find a solution and in the end it will be an elegant one.

Dorian will find a way to break the bonds of servitude.  The enslaved masses that serve Vaughn will have their fetters broken and be given a new birth of freedom.  But not under a new god.

Will there be a cost? 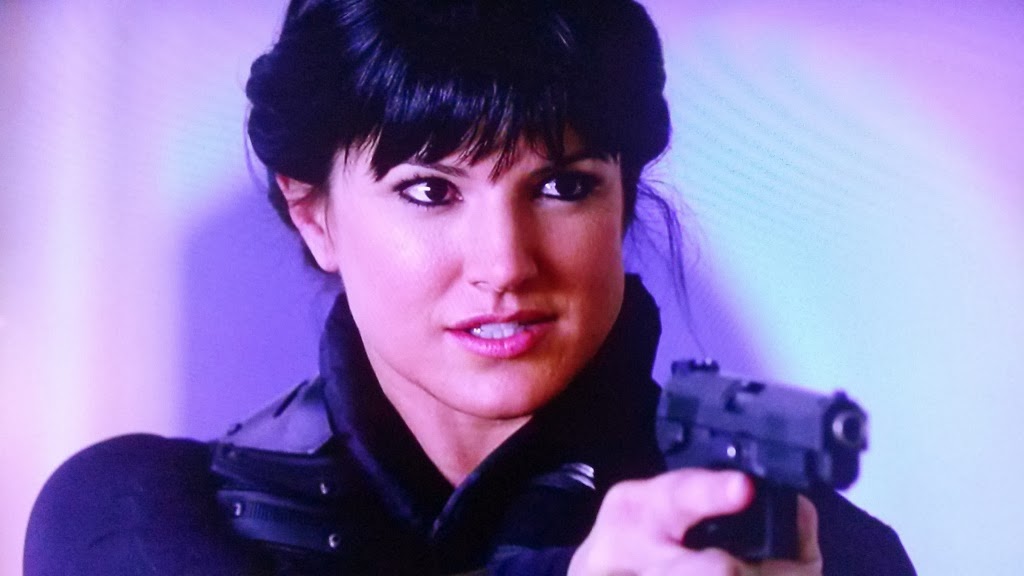 As Dorian and Danica faced off in their rock'em sock'em robot fight near the end of the episode.  Dorian asked Danica "why?"  She responded by telling him, "[my] sacrifice is necessary, just like yours."

When the final battle takes place a sacrifice may be in order and I fear it will  come in the form of Dorian.  Maybe this will be how Dorian will convince the rebel DRN's to lay down their arms.  He'll do it with his last full measure devotion.

From this Dorian will transcend what he is today and what he hopes to be.

From here, Dorian will move on from what it is to be almost human.