The Death of Lincoln Lee or Not? 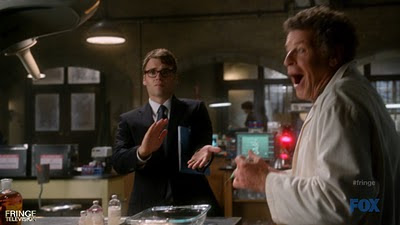 Remember when Walter was experimenting with the re-animation of the dead, specifically a dead as a doornail dove, way back in the beginning of this season?  I've always wondered when they were going to return to that little plot point.  Of course, in a way they have.  The re-animation of the dead has been a constant theme on Fringe especially in the context of the Shape-shifters.  Whether victim or vanquished the Shape-sifters have breathed new life into the dearly departed and deliberately or not hey all have seemed to be imbued with a soul. 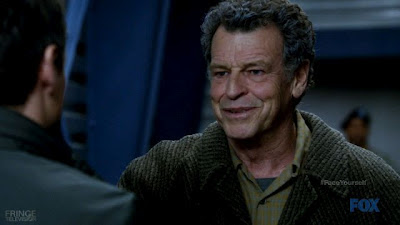 I take you now to that short little conversation Walter had with Canaan near the end of "Everything In It's Right Place".  Walter was eager to study, er, help Canaan with his imperfect configuration ( DNA deficit).  What if what Walter learns goes beyond short little flight plans for doomed doves?  Will his knowledge of Shape-shifters 2.5 (that's what I think Canaan is) coupled with his re-animation experiments lead to a new form of human being to do battle with Jones' Shape-shifters?

Hmmmm, who would be a good candidate for re-animation? 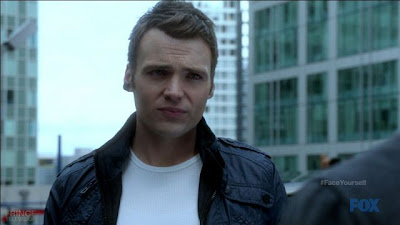 Why not???!!!  Wouldn't you love it and wouldn't it be the freakiest thing Fringe has ever done?  Many tears were shed across the Twitterverse, blogverse etc. when Captain Lee died.  Maybe it was a clever ruse for us to think that he is gone.  Think like a Trojan Horse or something.  The man's got skills and Colonel Broyles, DRJ and the rest would never suspect his return.  I'd keep smelling salts around Alt-livia though just in case.


David Robert Jones & The Machine
So, as of the last episode we have learned that the "Machine" is repairing the rifts in the universe and our Blue Universe warriors are considered heroes in the Red Universe.  In a previous post I theorized that Jones would be the anti-hero and use the Machine to heal the rifts to get what he wants and if that fails the damaged universes would be populated with his new forms of humanity. (Read it here.)  Has that theory gone bye bye now that the healing process has begun with out him?
Nope, things are even better now. 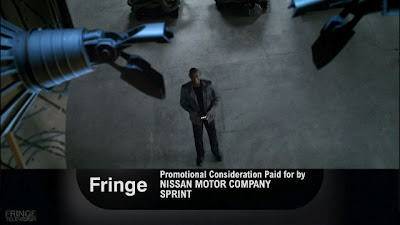 Now that DRJ has Colonel Broyles on the inside what better scenario would Jones have than to have Broyles sabotage the Machine, implicate the Blue Universe, turn popular Red Universe opinion against them and then ride to the rescue himself with the ultimate fix.  The man is diabolical isn't he? 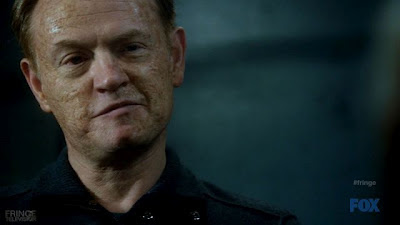 Speaking of diabolical! Does anyone think it was too easy for Canaan and Fringe Division to penetrate Jones' lair?  Jones does work with Shape-shifters, you'd think he'd be prepared for any contingency.  If he was prepared, and this is a little out there, I wonder if he had a fail safe built into Canaan's code wherein he could activate him like some sort of bomb or double agent.  That would be clever of Jones.  Give up your organization for the bigger prize of access to the machine or the elimination of the Blue Universe threat.